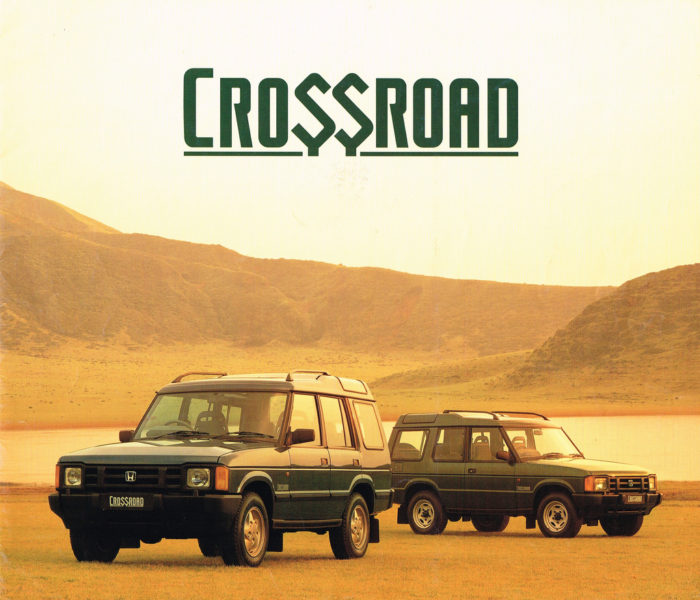 If you played our automotive trivia quiz last Christmas Day, you know all about this weirdo. But even if you did partake in our yuletide brainteaser, you probably don’t know the whole story behind the Crossroad. Here, then, is the abridged version: In the late 1970s, the man tasked by the British government with leading the rescue of British Leyland – Sir Michael Edwardes – inked a deal with Honda to jointly develop vehicles. It was through this relationship that Honda, craving a legit SUV (as opposed to the Beagle/Civic WagoVan) to hawk on the Japanese home market in the early ‘90s, reached an agreement to sell Series 1 Land Rover Discoveries – lock, stock and designed-by-Buick-in-the-late-1950s pushrod Rover V8 – as Honda Crossroads.

Sales were, to put it bluntly, appalling, with just 928 units shifted over the course of the three year (1993 to ’95) production run and, coupled with the sale of Land Rover’s parent company (by now called Rover Group) to BMW in 1994, the decision to pull the plug was easy-peasy.