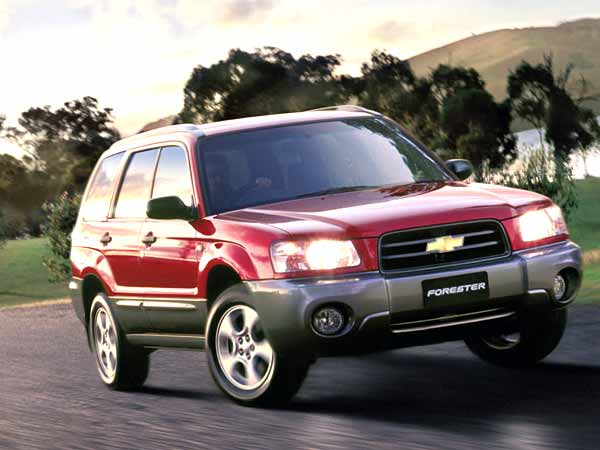 Back around the turn of this century, when General Motors seemed to be willing to hop into bed with almost any foreign automaker, it purchased a stake in Fuji Heavy Industries, parent company of Subaru. Around the time the second-generation Subaru Forester arrived, GM decided it needed an SUV for Chevrolet to sell as part of its push to establish itself in the Indian market. Thus was born the Chevrolet Forester, produced in Japan by Subaru from 2002 to ’05 and, bar a few Bowties in place of Pleiades clusters, it was exactly the same as the beloved-by-New-Englanders-and-gals-who-love-gals original, right down to the non-turbo 2.0L flat-four. Alas, it didn’t take long for the GM-Subaru relationship to fizzle, and the cricket, vada pav and balushahi Forester was among the first casualties.