The Top 10 Vehicles That Could Be April Fools’ Jokes

Sunday is April Fools’ Day (No, really, it is!), so be on the lookout for pranks, gags, and other sundry acts of bamboozlery being lobbed in your general direction. So if someone offers you a jar of peanut butter, politely decline. Look before you sit, lest you land on a whoopee cushion. And please, for the love of all that is sacred – and some of the stuff that isn’t – DO NOT borrow a pair of binoculars (even if you encounter a rare species of bird).

This holiday for hams also got us thinking about occasions when car companies released a new model about which they were quite serious, but in practice it looked like they were intentionally pulling the motoring world’s collective leg. What follows is a list of 10 vehicles past and present that are so tone deaf to marketplace whims and inconsistent with their brands’ core values that they could have just as easily sprung from the minds of The Onion’s editorial staff as their makers’ product planning departments. 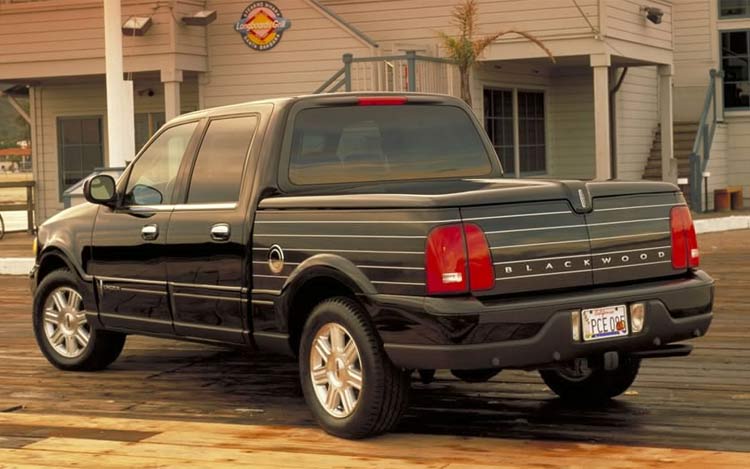 We aren’t sure what Lincoln was thinking when it rolled out the Blackwood as a concept truck in 1999 and put it into production in late 2001 as an ’02 model. Sure, the brand was selling Navigator SUVs by the truckload, and it had to have known Cadillac was working on a luxury pickup as well. But did they have to make it utterly useless as a truck by trimming the bed in carpet and stainless steel, and capping it off with a power operated tonneau cover? With just 3,356 units sold before the plug was pulled, the only eyes that got the wool pulled over them were Lincoln’s own. 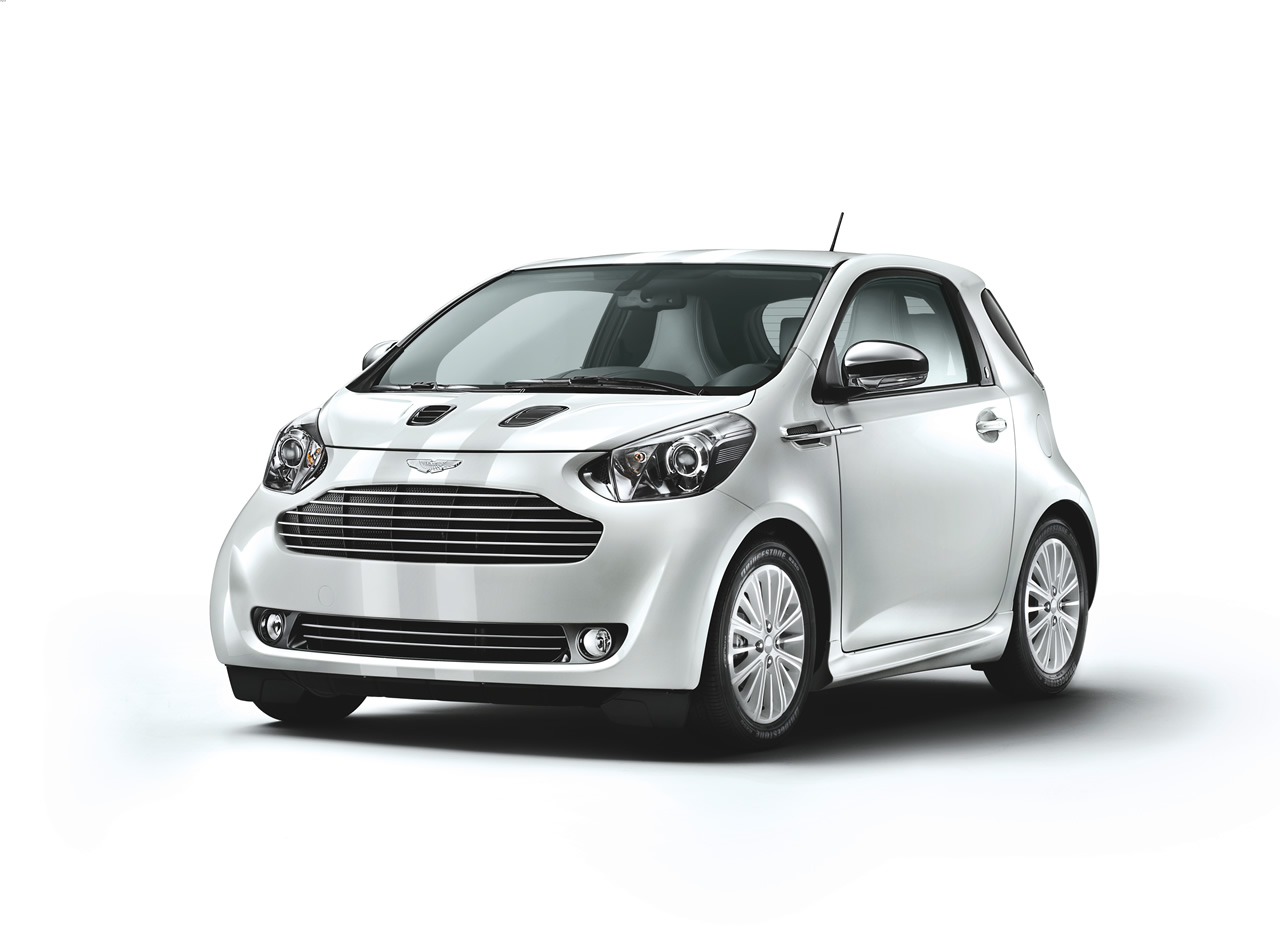 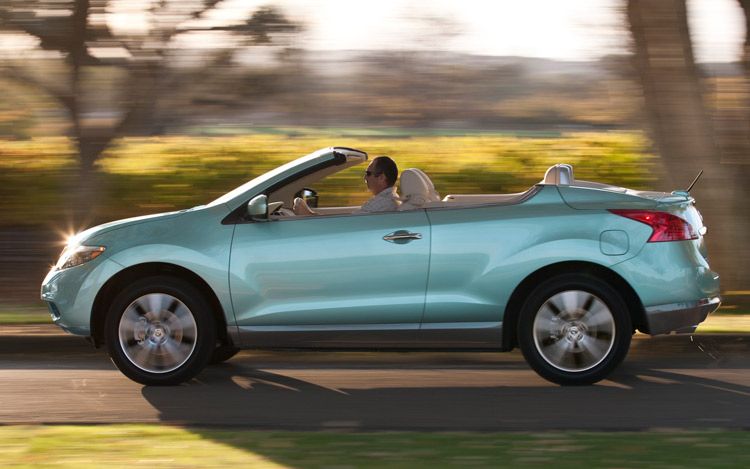 Unless there’s a massive pent up demand for two-door convertible crossovers we don’t know about, the Nissan Murano CrossCabriolet seems like a joke in search of a punchline. Oh, wait, nevermind, here’s the punchline: It retails for more than $46,000. For that kind of baksheesh, we can’t envision any South Beach or Beverley Hills trophy wife telling hubby to get her one of those over a new 3 Series Convertible or SLK, higher seating position that’s ideal for gazing down upon the proles notwithstanding. 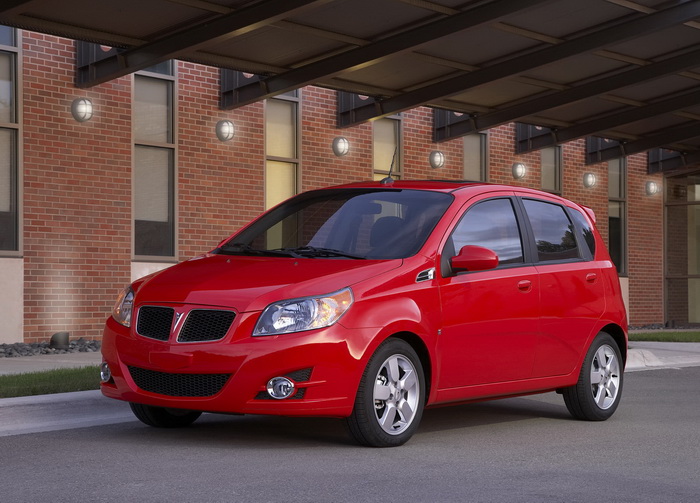 Way back in twenty-aught-eight, when GM was teetering on the precipice of bankruptcy, it was devoting oodles of effort into convincing anyone who would listen that it was turning Pontiac into a legit driving-enthusiast-oriented nameplate. And make no mistake, cars like the Solstice GXP Coupe and G8 GXP certainly supported that assertion. Unfortunately, all that goodwill was blown to dog chow when the erstwhile excitement builders brought the previously Canada-only G3 – literally a Chevrolet Aveo hatchback with a Pontiac two-nostril snout – to the States. Not many were sold before the GM went on the dole and Pontiac was taken behind the barn and shot, but the fact that it was introduced proved the General wasn’t taking the marque’s rehab seriously, an attitude that many buyers had shown GM as a whole for decades. 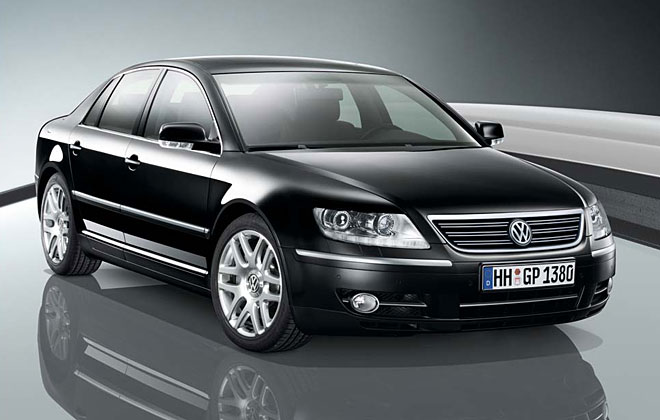 If the name of your company translates to “people’s car,” it wouldn’t make a whole lot of sense to build a full-size, $80,000+ super luxury sedan, would it? Yet that’s exactly what Volkswagen did with the Phaeton, which was offered in the U.S. with standard AWD and a choice of V8 or W12 power. Needless to say, it sold like a vernal disease, since buyers spending that kind of money wouldn’t be caught dead in a VW dealer, much less a VW-badged car. Depreciation has been apocalyptic, and even though maintenance and upkeep costs are insane, we’d still seriously consider owning one, if only for a year or two. 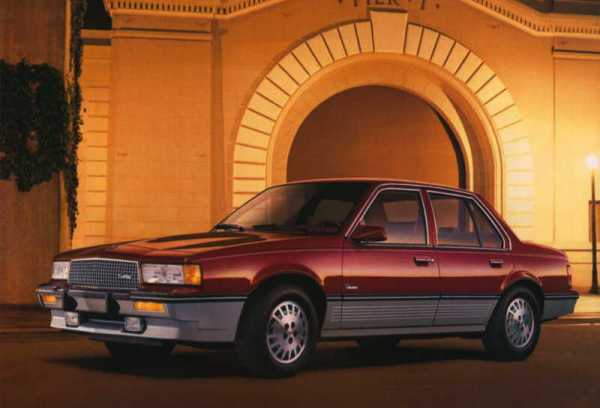 On the other side of the coin, a luxury brand moving downmarket can cause all sorts of quizzical looks from outsiders. And one of the most infamous examples (other than the Cygnet) is the Cadillac Cimarron. Emboldened by the success of the Chevrolet Nova based (Key word: Based.) first generation Seville in the mid-’70s, and looking to respond to fuel economy regulations, Cadillac dressed up the Chevy Cavalier sedan (and almost doubled the price) to get into the premium compact game. Anyone familiar with Cadillacs of the ’50s and ’60s were waiting for someone to walk up and tell them they were on a hidden camera show. 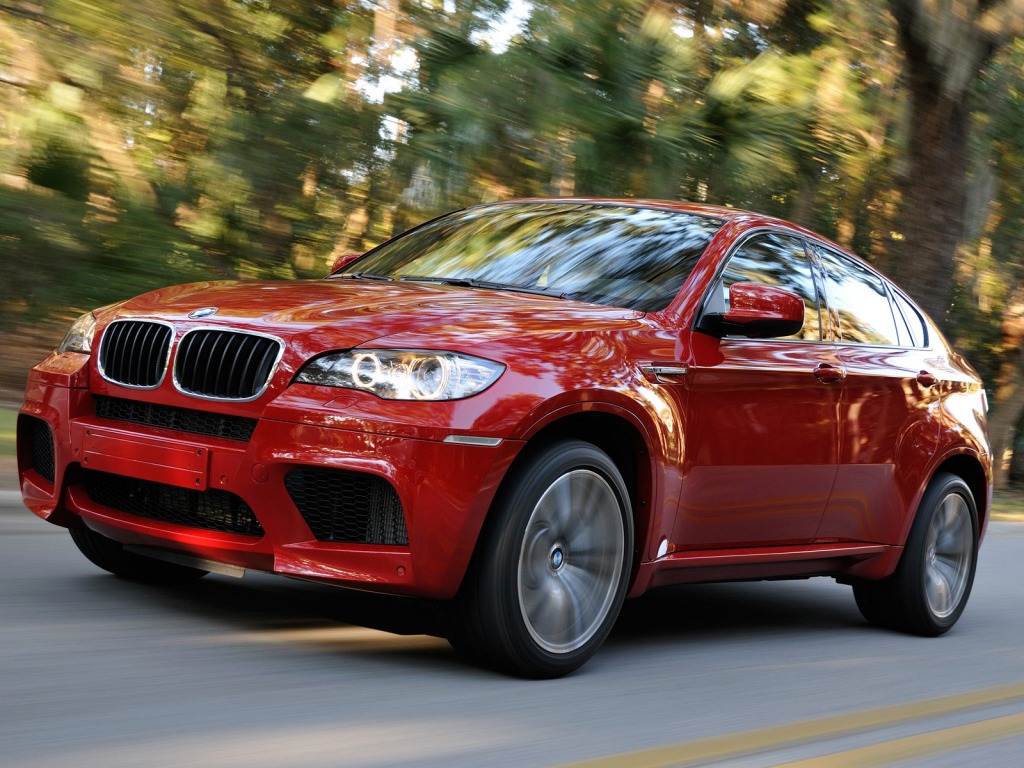 For a divison named for motorsports, it seems a bit strange that BMW‘s M Division would build a high-powered, high-riding fastback crossover. But that’s pretty much the norm for the “new” M Division; the days of rambunctious normally-aspirated engines with a throttlebody for each cylinder and being built on separate assembly lines from normal BMWs are gone. Makes you wonder if someone influential in Munich lost a bet with a Mad magazine writer… 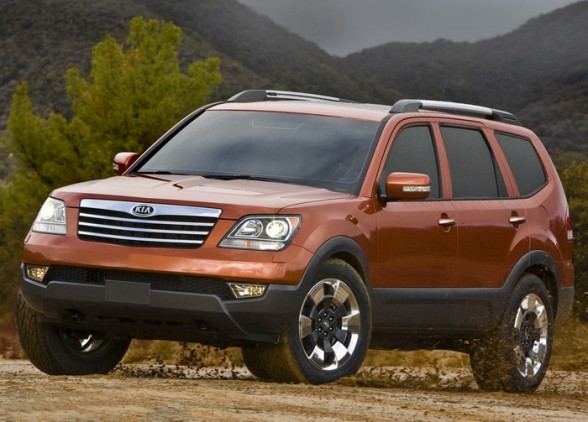 Developing new cars and trucks requires years of lead time, meaning a lot can change in the world between the first meeting and the first saleable example is built. Such was the case with the Kia Borrego, a large, body-on-frame, V6– or V8-powered SUV. By the time it reached production in 2008, vehicles of this type had fallen well and truly out of vogue thanks to rising gas prices and a sagging economy. To the average car buyer, who doesn’t know how long the average vehicle development process is, it certainly looked like Kia was yanking their chain. 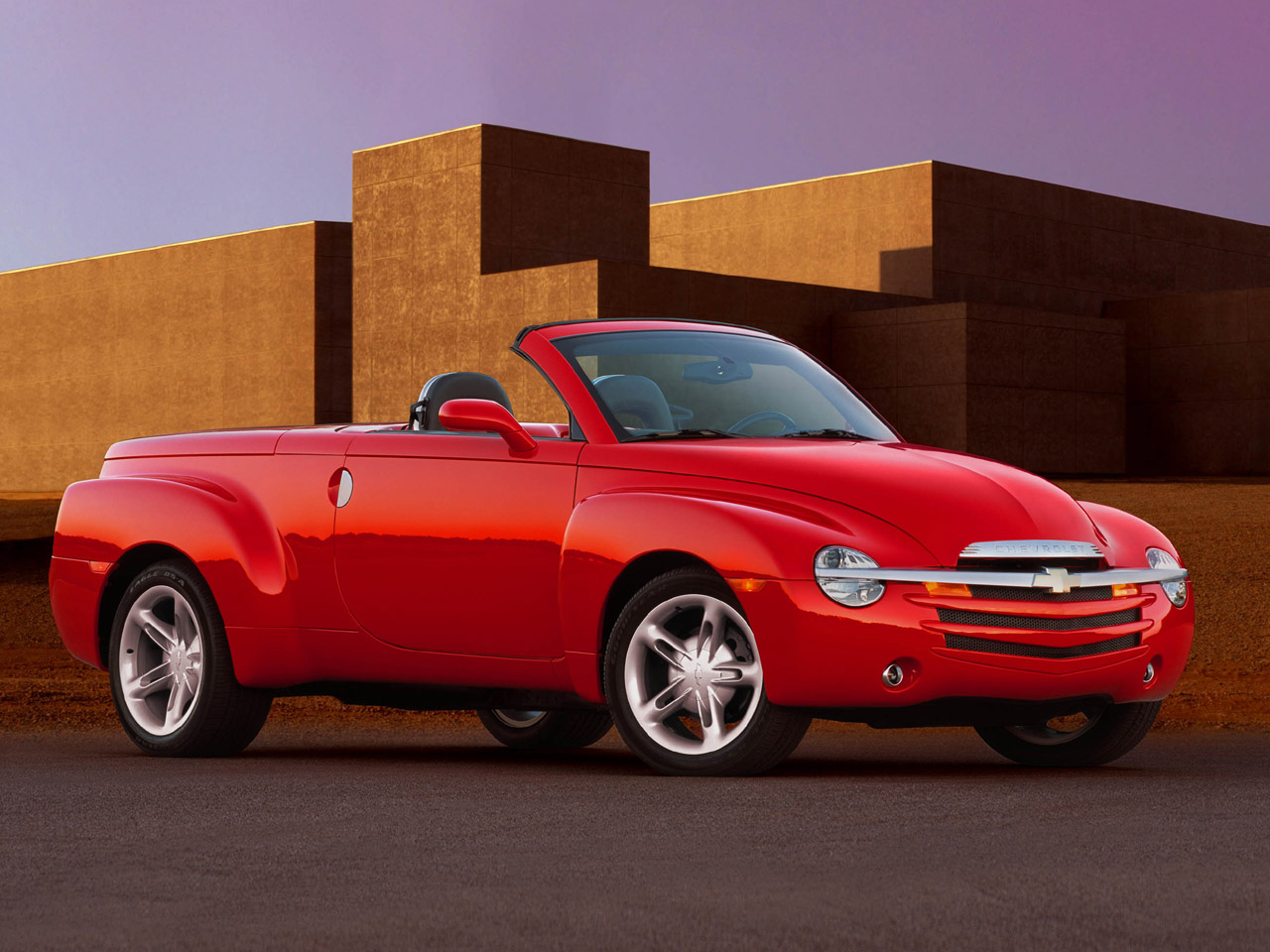 Contrary to the popular saying, the customer isn’t always right. Case in point: The Chevrolet SSR. This retro-styled roadster-pickup was the darling of the 2000 Detroit Auto Show, and members of the automotive media and the public alike implored GM to put it in production. Well, come 2003, the SSR rolled into dealers, and a funny thing happened (not “funny ha ha” but “funny aw crap”): They piled up on the lots. Maybe it was the roughly $40k price that prompted prospective buyers to wonder if they were being punk’d, or maybe it was the payload and towing capacities that would be put to shame by some passenger cars. Whatever the reason, this funky runabout got booed off the stage in short order. 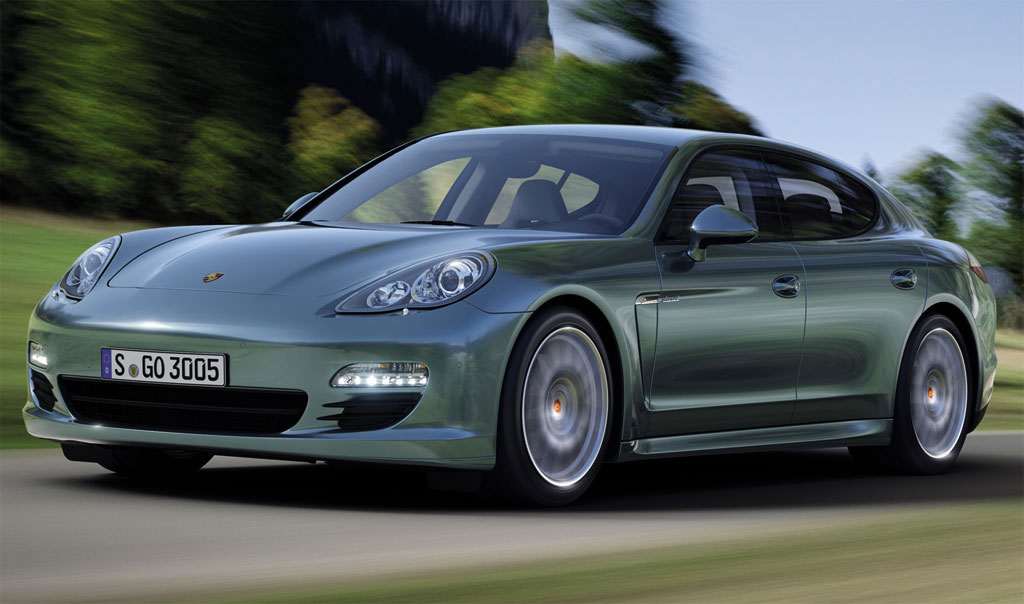 Okay, Porsche, you win. You had us believing for years that you actually built a big, front-engine five-door sedan. But claiming that you offer it in Europe with a diesel engine tipped us off to your little ruse…What’s that? You actually do sell a diesel Panamera in Europe? Huh. Kind of the polar opposite of what we’ve come to expect from you, but whatevs. At least the Cayenne is a hoax…isn’t it?
Tweet
Share
Share
Pin4
4 Shares
Categories
Lists
Tagged
Aston MartinBMWCadillacChevroletKiaLincolnListsNissanPontiacPorscheTop 10 ListsVolkswagen
0
Back to Top