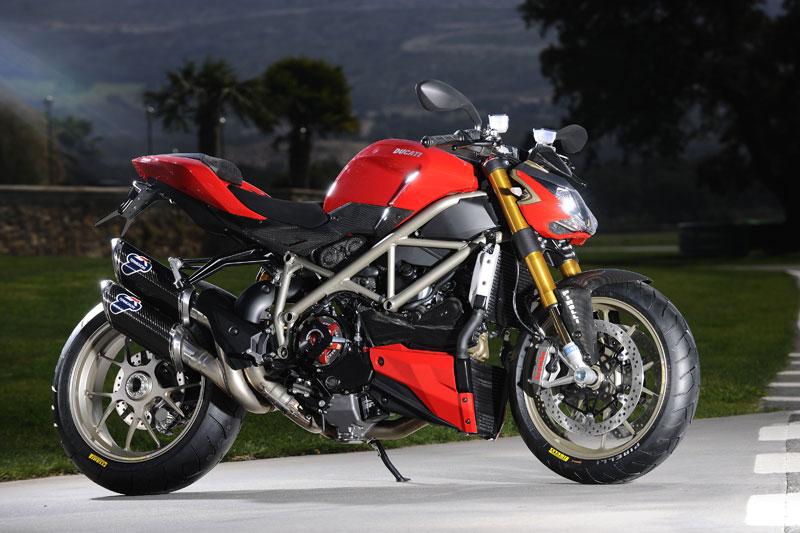 Although naked bikes (that is to say, motorcycles lacking aerodynamic fairings or most other bodywork) typically don’t look as colorful or purposeful as their enclosed counterparts, they aren’t necessarily slower. Perhaps the best recent example of this phenomena is Ducati’s aptly named Streetfighter S. Duc’s Desmodromic valve 1,098cc twin kicks out 155hp, while the low, agressively-raked chassis helps keep it planted in the turns. The “S” designation translates to some notable upgrades over the standard Streetfighter, including five pounds less dry weight (368 lb. vs 373) and fully adjustable Öhlins dampers front and rear. A great way to rock out with your (engine) block out.