Developing a new car is a very, very involved process that takes years. That’s a lot of time in which some rather crazy stuff can happen: The company undertaking the task of birthing the new model could shut down the brand for which said model was originally conceived, the company could get bought out by another company, or the company could just decide to let another nameplate have it. Regardless of the reason or reasons, sometimes a car will arrive in showrooms wearing different emblems than the ones it was originally green-lit to wear. Exhibits A through J: The following 10 automobiles.

Ford’s ill-advised Edsel experiment, as we all know, bombed so hard that it became a synonym for failure. But not everything went down with the ship when the suits in Dearborn torpedoed it just weeks into the 1960 model year; the planned “baby Edsel,” a stretched (except for the wagons) variation of the soon-to-arrive Ford Falcon, managed to survive and start anew as the Mercury Comet. And it’s not like you have to look very hard to find evidence of the Comet’s doomed parentage: The twin canted oval taillights bore some resemblance to the vertically-arranged quad oval lamps on the full-size ’60 Edsels, and the Comet’s stylized “C” logo (Interestingly, the ’60 and ’61 Comets weren’t technically Mercurys and lacked any Mercury badges, but they were only sold through Mercury dealers.) was simply the Edsel “E” minus the center horizontal bar. 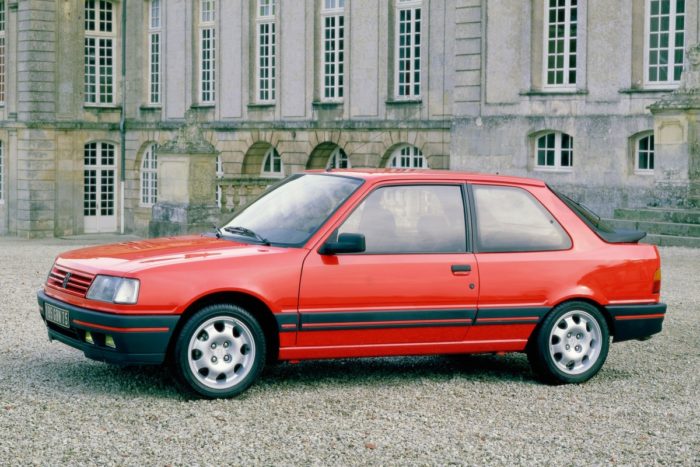 When PSA Peugeot Citroen acquired Chrysler’s European operations in 1978, the initial plan was to keep the Talbot brand going. So dedicated was the parent company, in fact, that it set about developing a thoroughly modern (by early 1980s standards) compact to replace the Talbot Horizon. Tentatively named the Arizona, this new Talbot would make use of the Peugeot 205 platform, but with a longer wheelbase and overall length and wearing three- and five-door hatch bodies that looked like stubby –rumped sedans.

But in 1985 – just months before the Arizona was set to release – Peugeot decided to retire the Talbot marque (except for the Express van, which was a rebadged Fiat Ducato sold only in Great Britain). However, not wanting to throw away a perfectly good new model, the company decided to stick some lion logos on it and release it as the Peugeot 309 (Why not 305? Because it was already being used for a line of older but similar-in-size sedans and wagons.).  Ultimately, the 309 would remain in production through 1993 before giving way to the new 306. And the 309 GTi (pictured above), like the mechanically similar 205 GTi, retains a special place in the hearts of Euro hot hatch fans to this very day…and the rare, lefthand-drive-only 309 GTI16 with 160 horsepower was one of the originators of the super-hot-hatch genus. 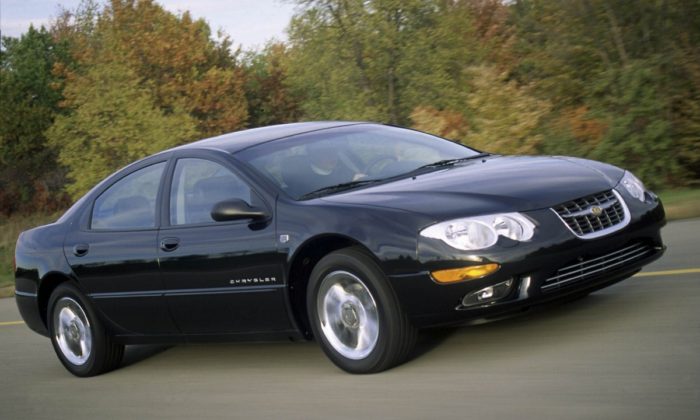 When the first generation of Chrysler’s “cab forward” LH-cars debuted for the 1993 model year, Dodge had one (the Intrepid), Chrysler had two (the Concorde and the longer, formal-roof LHS/New Yorker), and Eagle – the brand built from the non-Jeep remnants of AMC and some rebadged Mitsubishis – had one (the Vision).  Development of the second generation Vision was basically complete when Chrysler canned the Eagle brand (which by then was down to only one other model, the Eclipse-based Talon) in late 1997. But rather than scrap the new Vision altogether, Chrysler management decided to give this car without a brand a new home…which turned out to be Chrysler itself. The 1999 300M (reviving the 300 “Letter Car” series of executive express models last seen in 1965) joined the airport-rental-lot-fodder Concorde and boating-shoes-and-hard-candy LHS in Chrysler’s large sedan lineup as the sporting member of the trio.

Volkswagen and Porsche have been intertwined to at least some extent since the beginning, but the late ‘60s saw the relationship taken to the next level with the formation of the Vertriebsgesellschaft, a jointly-owned operation tasked with developing affordable (relative to the 911 and 912, anyway) sports cars. The first fruit borne by that collaboration, the mid-engine 914, was powered by a series of VW flat-fours or, in the case of the 914/6, the original 911’s 2.0L flat-six. But while both the four- and six-cylinder 914s were sold as Porsches here in North America, the four-bangers were badged “VW-Porsche 914” in Europe and elsewhere.

For the joint venture’s second project – a 2+2 coupe powered by a front-mounted, water-cooled 2.0L inline-four shared by VW and Audi – the initial plan was for the car to be sold globally as a Volkswagen. However, when the 1973 OPEC embargo hit, VW got spooked and backed out of selling the car, even though its development was basically complete. So Porsche, not wanting to throw away all its hard work and give its dealers a replacement for the 914 as an economical alternative to the 911 and soon-to-arrive 928, decided to market the model itself, as the 924. Naturally, Porsche purists went full-snowflake at the very idea of a vehicle wearing the famed crest that got, as far as they were concerned, everything wrong (with the likely exception of the transaxle location, which was at the back), but the fact remains that the 924 – and the 944 and 968 it beget – sold well enough that it kept the lights on in Zuffenhausen during some dark times. 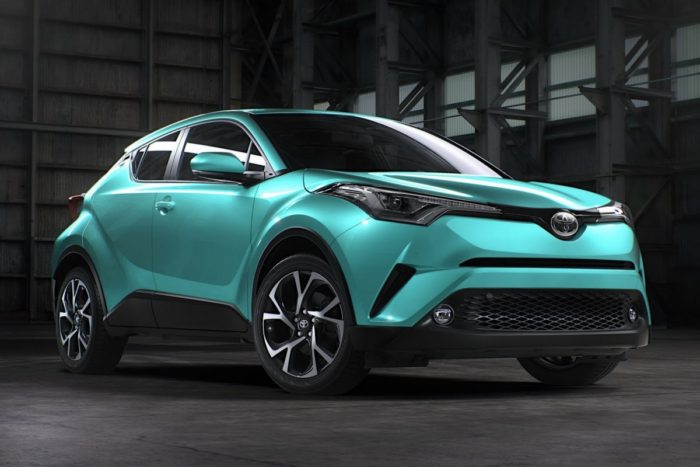 If Toyota’s funky new C-HR crossover seems quite unlike any other Toyota-branded vehicle sold in this country recently, that’s because the original plan wasn’t for it to be a Toyota-branded vehicle. Rather, the C-HR would have been sold as a Scion here in North America. The concept version was even shown at the 2015 Los Angeles Auto Show wearing Scion emblems! Now whether or not it would have ultimately altered Scion’s fate is debatable, but you can be sure this Juke-jouster would have become the fastest selling Scion ever thanks to this market’s seemingly bottomless appetite for glorified station wagons on stilts. 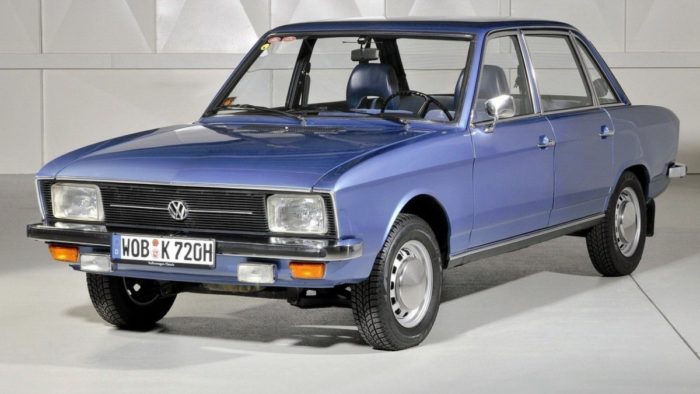 Although the Volkswagen Passat nameplate dates back to 1973 (one year before it arrived in North America as the Dasher), VW’s first large-ish passenger car with a front-mounted water-cooled engine driving the front wheels actually dates back to the late 1960s…except it wasn’t a VW at that point. Allow us to explain: After introducing the radical Wankel-powered Ro 80, NSU decided it should probably have a more conventional piston-engined family car too. So it created the K70 (K for Kolben – the German word for piston – and 70 for the 1.6L engine’s targeted output in metric horsepower.), and was all ready to introduce it to the world at the 1969 Geneva Motor Show.

Except, of course, that’s not what happened. Besieged by rumors that fiscally beleaguered NSU was on the brink of merging with Volkswagen, management withdrew the K70 from the show at the 11th hour. A few months later, VW and NSU would reach an agreement that would see the latter bought out and merged with newly-revived Audi (which VW had acquired from Daimler-Benz via its purchase of Auto Union five years prior). However, because the K70 was so close in size and price to the Audi 100, VW decided to place the ex-NSU machine under its own label, eventually introducing a more spirited 1.8L version before promptly retiring the K70 at the end of 1974, clearing the way for the Passat to become the global sales star it would eventually be. 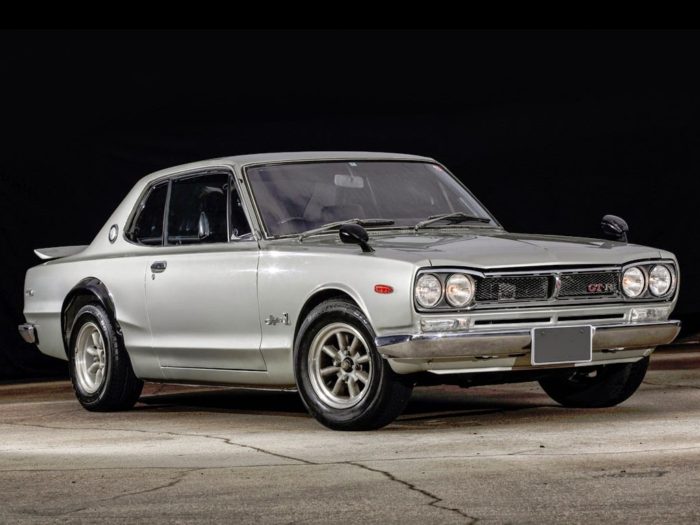 Are you sitting down? Well you should be, because what we’re about to tell you is gonna rock your world: The “Hakosuka” Nissan Skyline – the generation that gave rise to the original GT-R – wasn’t supposed to be a Nissan. Really! Work on C10-chassis Skyline range began under the corporate umbrella of the Skyline’s originator, Prince Motor Company. However, when Prince ran into financial difficulties in the mid-1960s, it merged with Nissan, which continued producing the preceding S50/S54/S57 models with “Nissan Prince Skyline” badging. Even after their employer was absorbed, the Prince designers and engineers were still in charge of birthing the C10 series Skylines, but by the time it was ready to release in 1968, Nissan had phased out the Prince part of the name, though dealerships selling Skylines and certain other models would still be known as “Nissan Prince Stores” through 1999. 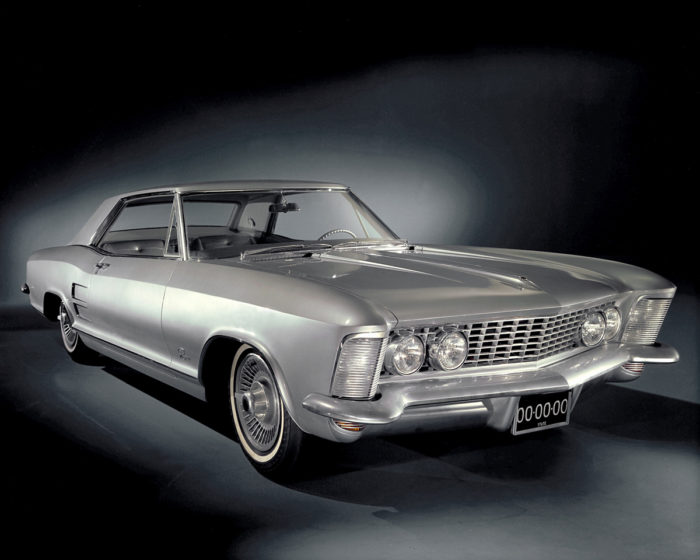 When Ford doubled the number of seats in its Thunderbird for the 1958 model year, it struck sales chart gold, leaving GM playing catch up as the 1960s dawned (Curiously, Chrysler didn’t issue its own dedicated personal luxury car retort for at least another decade.). Cadillac designer Ned Nickles, with input from GM styling boss Bill Mitchell, devised a rakish, smaller-than-the-standard Cadillacs Euro-inspired coupe tentatively titled La Salle II, La Salle having been the name of Cadillac’s more affordable sub-brand offered between 1927 and 1940.

Yet Cadillac management, presumably satisfied with the full-size Eldorado based on the Series 62, passed on the project. The higher-ups then decided to shop the model around to its other two blue chip brands Oldsmobile and Buick; the former also demurred on the new car, instead concentrating on its new-for-’61 Starfire (a dressed up Super 88 convertible), so it would be up to the latter to bring this new E-body machine to market. Thus the Buick Riviera arrived for the 1963 model year, becoming an immediate hit and remaining part of the division’s lineup for the next 36 years (with the exception of a one-year hiatus in 1994). 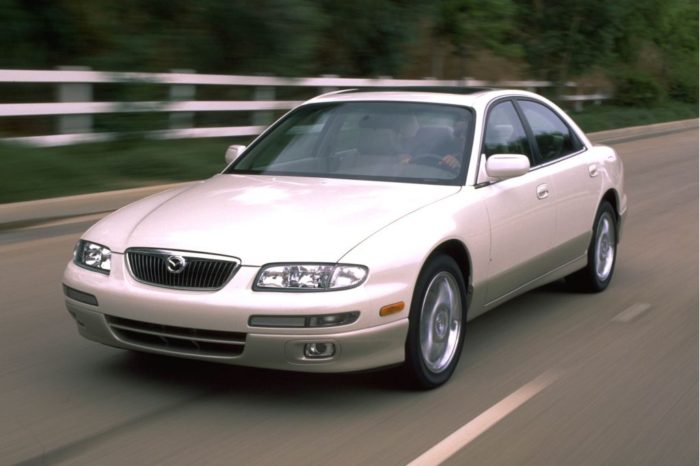 Emboldened by the success Honda, Toyota and Nissan were having with Acura, Lexus and Infiniti respectively as the 1990s dawned, Mazda decided it should set up its own luxury brand to bring well-heeled western buyers in the fold. The fine folks in Hiroshima got as far as selecting a name for the nameplate – Amati – and designing its first model – the 800 – before a global recession hit and delivered the Japanese economy a direct hit to the nezumikeibu. Almost overnight the Amati program was dead (and along with it, quite sadly, plans to export the triple-rotor Eunos Cosmo personal luxury coupe and build the Amati 1000, a full-size super-luxe sedan based on the last generation 929 and powered by a new 4.0L W12), but the 800 received a stay of execution as well as a new identity: Mazda Millenia. 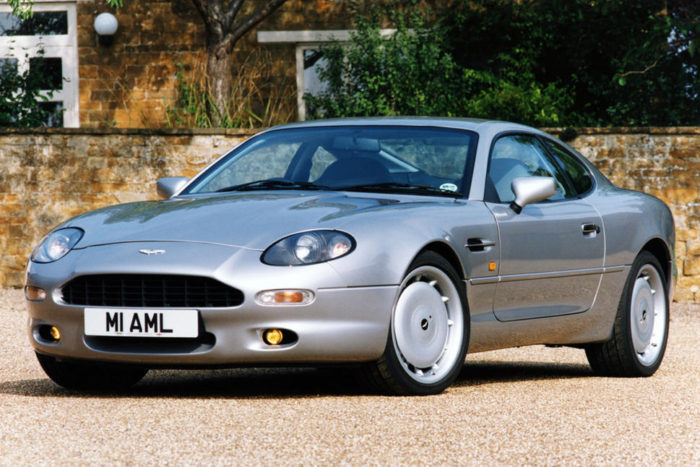 By the mid 1980s, the Jaguar XJ-S had been on the market for about a decade with relatively minimal changes; furthermore, it was far more of a soft grand tourer than the E-Type/XK-E had been. Jaguar management was keen to resolve both of those issues with one car, codenamed XJ41 (the coupe version) and XJ42 (the convertible) but slated to be called F-Type(!) in production form. However, production delays of the XJ40-series XJ sedan pushed the F-Type’s introduction back, during which time designers, engineers, marketers and accountants all had their way with the project, making it bigger, heavier, and more complicated…basically a more modern XJ-S!

When Ford purchased Jaguar in 1989, the suits from Michigan took one look at the out-of-control F-Type program and said “Axe it!” However, designer Ian Callum, who had been put in charge designing a new affordable(-ish) Aston Martin (which Ford had also recently purchased) by fellow Scotsman Tom Walkinshaw (whose company TWR had been contracted to develop and build the first Ford-era Aston) caught a glimpse of one of the F-Type prototypes and, at Walkinshaw’s urging, drafted a sports/GT car for Jaguar based on the XJS – which had by this time lost its hyphen – platform with similar styling themes to the XJ41 and XJ42. The resulting prototype – known as Project XX – was shown to Jaguar management, who were keen on it but, since it hadn’t been designed with U.S. regulations in mind, they decided not to pursue it. Yet with a few strokes of his pencil (mainly adding front fender vents and changing the shape of the grille and hood to give a family resemblance to previous Aston Martins), Callum was able to transform Jaguar Project XX into the Aston Martin DB7 (which did eventually make it to this side of the pond).