The Top 10 Racing Games for the iPhone and iPad

When it comes to smartphones and tablets, Apple’s iPhone and iPad are more coveted than most in their respective segments. And because they’re so in-demand, there’s a sizable selection of software available for both, including racing games. Here, in no particular order, are 10 of our current favorites. 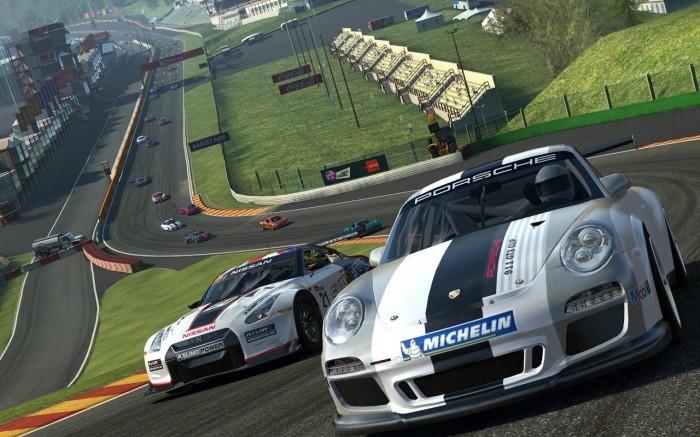 If it’s realism and a head-spinning variety of licensed cars and tracks you’re after, you can’t really do any better than Real Racing 3. Take your pick from dozens of remarkably well rendered rides ranging from hot hatches to full-fledged GT race cars. And because the franchise is part of the EA empire, there’s also a smattering of Porsches old and new present. It truly is the current gold standard for race sims built specifically for smartphones and tablets (Real Racing 3 is available for both iOS and Android.), and perhaps best of all, it’s free-to-play. 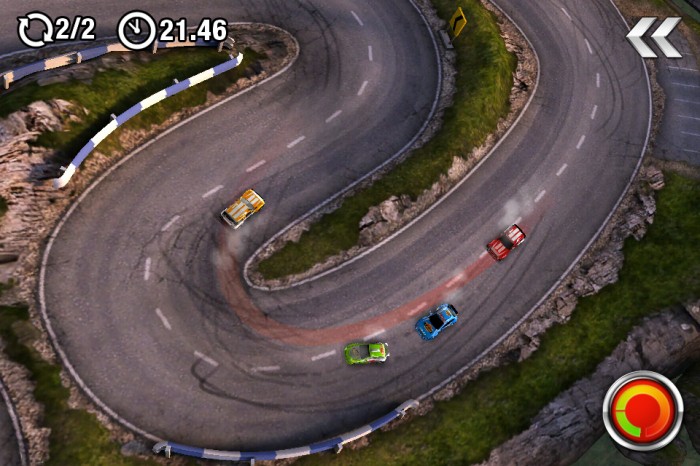 The original DrawRace made clever use of smart devices’ touch-sensitivity by allowing players to preprogram their car’s speed and path around a track. DrawRace 2 (and its graphically-richer iPad counterpart, DrawRace 2 HD) retain that tasty recipe while adding lots of garnish in the form of 17 cars, 32 tracks, and more than 180 challenges. The $2.99 price might seem like a lot, but you get a lot in return. 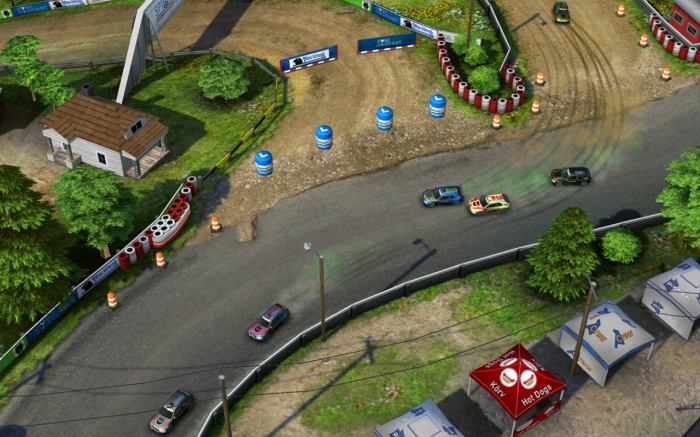 When you want a game with an eclectic mix of cars and tracks that are a mix of pavement and dirt, look toward Reckless Racing 2. The 20 cars are highly customizable in terms of both performance and cosmetics, and the control configuration and driver aids are also customizable. A good all-‘rounder for the modest sum of $1.99. 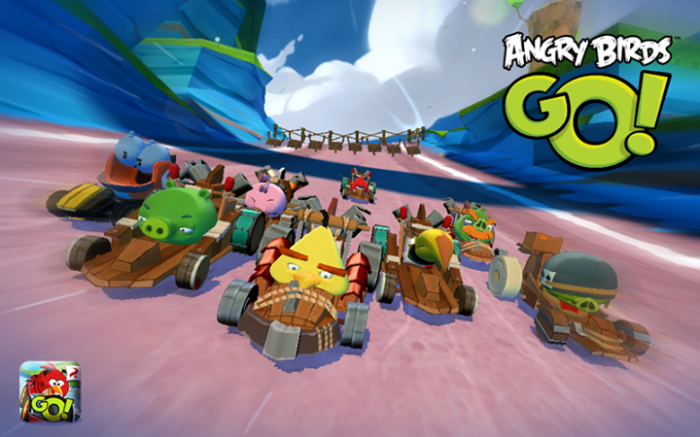 The Angry Birds series of games has been a cash cow for Rovio Entertainment (the company behind it), and Angry Birds Go! is no different in that respect. It is, however, very different from previous installments of the franchise in that it’s the first racing game. On the surface, it’s your basic cartoonish kart racer, chock full of wacky tracks, wackier characters and power-ups galore. But unlike most such games, Angry Birds Go! offers a high degree of kart customization, and additional characters and karts can be unlocked through Telepods toys. Best of all, it’s free-to-play! 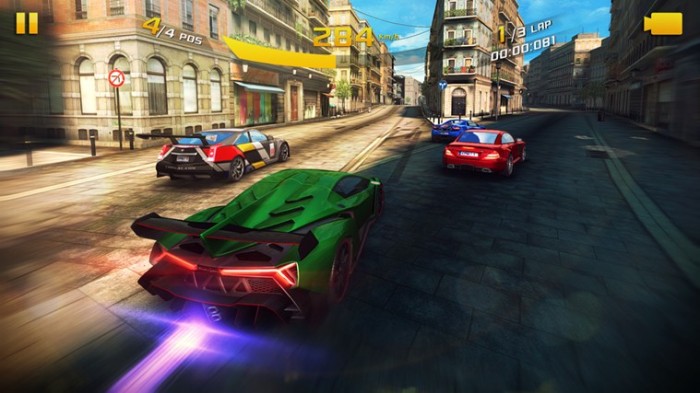 How do you make a racing game with supercars from the likes of Bugatti, Ferrari, Lamborgini and Pagani cooler? If you’re Gameloft, the maker of Asphalt 8: Airborne, you add jumps to the tracks and the ability to do aerial stunts! Throw in killer graphics, huge single-player career mode, a plethora of multiplayer options and a bumping soundtrack with tracks from the likes of Bloc Party and The Crystal Method and you have a game that you’d never believe is free in the App Store. 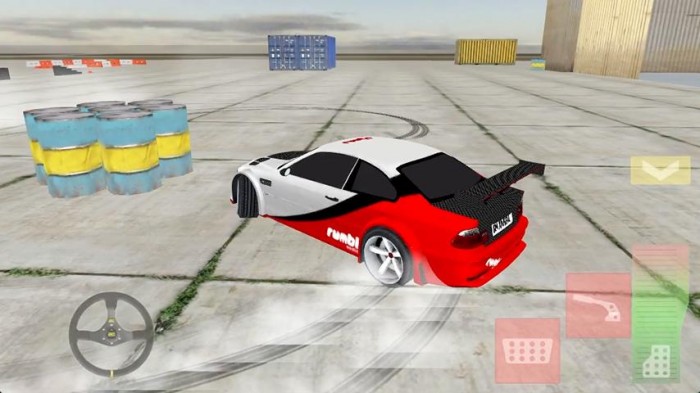 Ever been watching one of Ken Block’s Gymkhana videos and said to yourself, “Meh, that doesn’t look that hard…” Well if you get Driftkhana for your iOS device you can see if that’s the case (virtually, anyway). The courses feature dynamic props and obstacles as well as movable ramps that let you take your hoonage skyward. You need only part with $1.99 to get this game on your gadget. 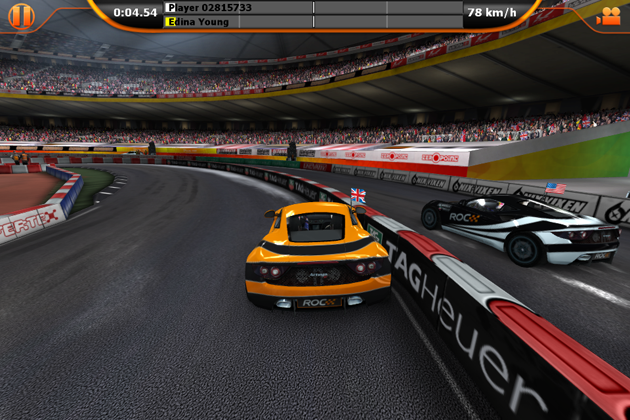 The Race of Champions is motorsports’ annual (or annual-ish, as the 2013 edition was canceled) all-star tournament, and Race of Champions World is the official mobile game of this one-of-a-kind event. It features all the most recent cars (fully-rendered, complete with cockpit views) and tracks used for Race of Champions, plus some fantasy street courses set in Los Angeles, New York and Miami. There are also numerous multiplayer modes, both real-time and asynchronous. All that and more for $0.99? Count us in! 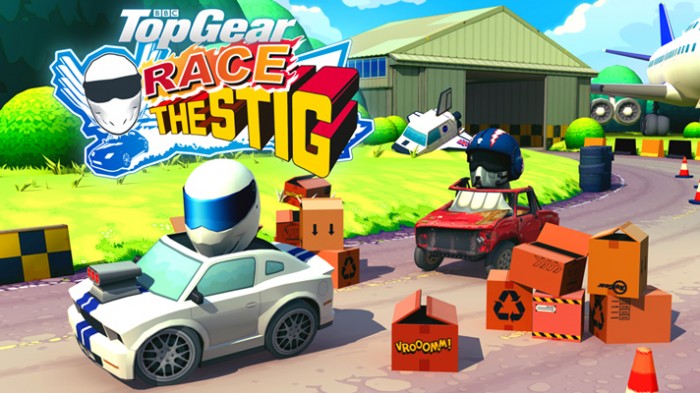 Some say, he played a single game of Flappy Bird for 23 days before he got bored and quit, and that he has an entire Spotify playlist dedicated to an all-kazoo Righteous Brothers tribute band. All we know is, he’s called The Stig, and that you can test your mettle against him in a free iOS app called Top Gear: Race The Stig. In the game, you take on the tame racing driver in one of many famous vehicles from the Top Gear TV show, like the indestructible Toyota Hilux pickup, Geoff (the three hosts’ first crack at a homemade electric car), and the Reliant Robin based space shuttle. Collect gold nuts (The fastener kind, Guttermind…) to unlock new vehicles and helmets, and power-ups to improve your chances of defeating the white-suited mute. 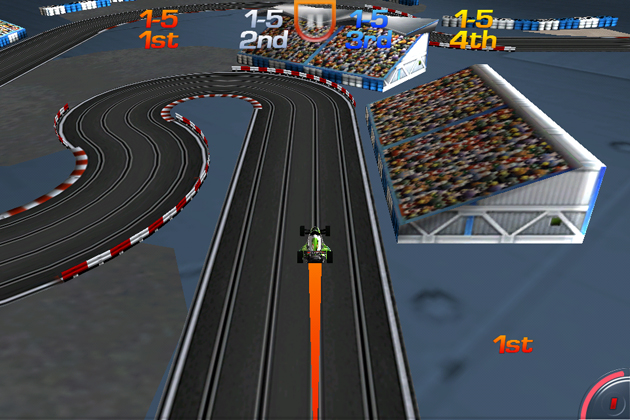 We’ve always been fond of slot cars, and SlotZ Racer 2 HD definitely caters to that fondness. Yes, this $0.99 title includes a hefty selection of cars (and motorcycles!) that are customizable and amusing track, but it also includes a seriously robust track editor. Plus, if you have the original SlotZ Racer installed on the device, your loyalty will be automatically rewarded in the form of some bonus content. So as far as we can tell, you really don’t have a legitimate reason not to get SlotZ Racer 2 HD (if you own a newer iPhone or iPad, anyway). 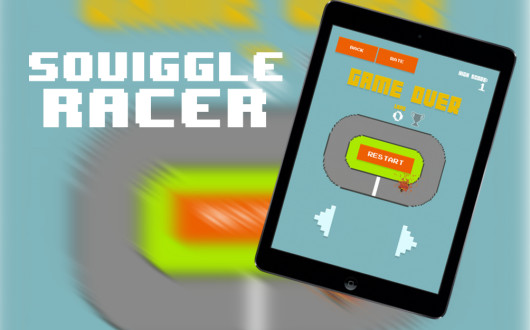 Are you a serial masochist? Feel like there’s not a single racing game in the Apple App Store that satisfies your appetite for frustration? Then clearly you aren’t familiar with Squiggle Racer, a top-down title that pays homage to the halcyon days of pixely 8-bit gaming. The only real objective is completing a lap of each track without crashing, but that’s way, way easier said than done. Seriously, you’ll want to keep a stress ball or punching bag handy, lest you end up totaling your iPhone or iPad after you wreck in the final corner on your 319th attempt at a track. How much for this blood-boiling addiction? Free, while the option to ditch the ads and unlock all tracks will set you back $0.99.