The Top 10 Racecar Driving Celebrities of All Time

It is often said that if you want to make a small fortune in motorsports, start with a large fortune. Superstar athletes and A-list entertainers tend to have large fortunes, and over the years dozens have spent portions of those fortunes on racing endeavors. Some have even been the proverbial nuts behind the wheel.

Unfortunately, most of the celebrities-turned-racing-drivers over the years have split their time between being rolling chicanes and crash test dummies. And often, they left the sport almost as soon as they entered, chasing the next hobby that tickled their fancy. But a few stars have jumped into the racing world with both feet, exhibiting the powerful one-two punch of unflappable commitment and talent comparable to that of many pros. So here, in no particular order, are 10 of the most impressive celebrities ever to strap on a helmet and take a green flag. 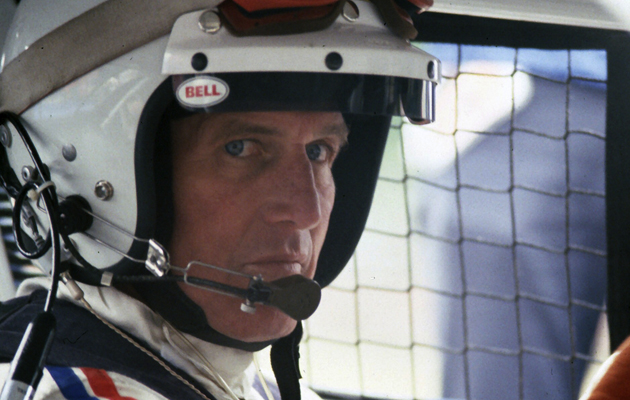 While most of the public knew Paul Newman as an actor, a philanthropist or salad dressing kingpin, most car geeks knew he was also one of us. He had a casual interest in cars and racing prior to 1968, but that was the year he shot the racing flick Winning with his real-life-wife Joanne Woodward and Robert Wagner. That experience was more than enough to put him over the edge: He would go on to win four SCCA national championships as a driver, finish second overall in his first and only start at the 24 Hours of Le Mans (1979), and become the oldest driver to win a professional auto race (aged 70 years, 8 days) when he was part of the GT-class winning team at the 1995 24 Hours of Daytona. And let’s not forget the highly successful Indy car team he had with Carl Haas. 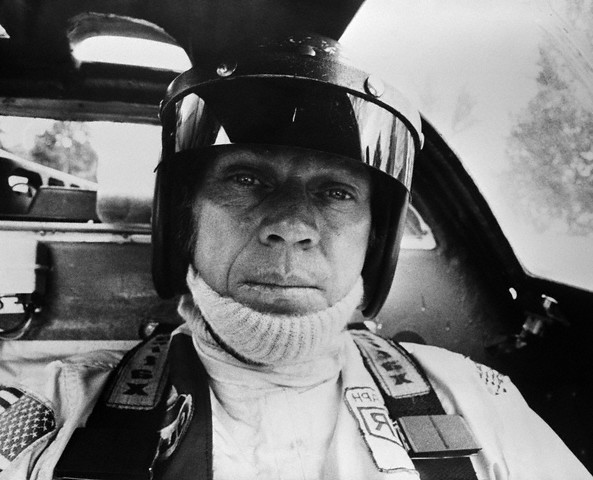 Although he was a contemporary of Newman, Steve McQueen resided much farther toward the badass end of the scale. However, McQueen did share Newman’s love of cars and racing (in addition to motorcycles). He competed in countless off-road motorcycle races (often using the pseudonym Harvey Mushman), and he appeared in and, through his production company, provided much of the funding for the iconic 1971 Bruce Brown documentary On Any Sunday.
As for McQueen’s four-wheeled exploits, his most notable achievement came in the 1970 12 Hours of Sebring, when he finished second overall in a Porsche 908/3 Spyder (though it must be noted that, due to McQueen having a broken leg, his co-driver – seasoned pro and Revlon cosmetics heir Peter Revson – did the overwhelming majority of the driving). A few months later, McQueen entered (but didn’t drive) that same Porsche (now fitted with a pair of movie cameras) in the 24 Hours of Le Mans to get racing footage for his pet project, Le Mans. 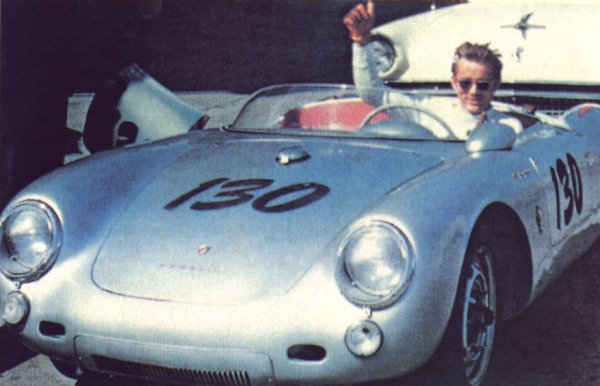 If there’s an encyclopedia of clichés, we can pretty much guarantee you that “The stars the shine brightest burn out the soonest” is in it. And if there’s a Hollywood star that fit the description, it would be James Dean. The brooding, blue-eyed Hoosier only had three credited film roles, it was his passion for racing that would end up propelling him to pop culture immortality. In March of 1955, Dean purchased a Porsche 356 Speedster. In his first race meeting with that car (at Palm Springs Airport), he won the novice race and finished second in the main event. At Bakersfield he won his class and finished third overall, and at Santa Barbara he worked his way up from 18th on the starting grid to fourth before he missed a shift and blew up the engine.
Undaunted, Dean traded up to a Porsche 550 Spyder, and entered it in the races at Salinas, California on the weekend of October 1, 1955. He and his mechanic left from Los Angeles on September 30, but they never arrived; near the town of Cholame, the little silver Porsche collided with the Ford sedan of one Donald Turnupseed. Dean sustained fatal injuries, securing the 24-year-old a macabre place in history and, more importantly for the purposes of this article, depriving the racing world of what looked to be a precocious and prodigious talent. 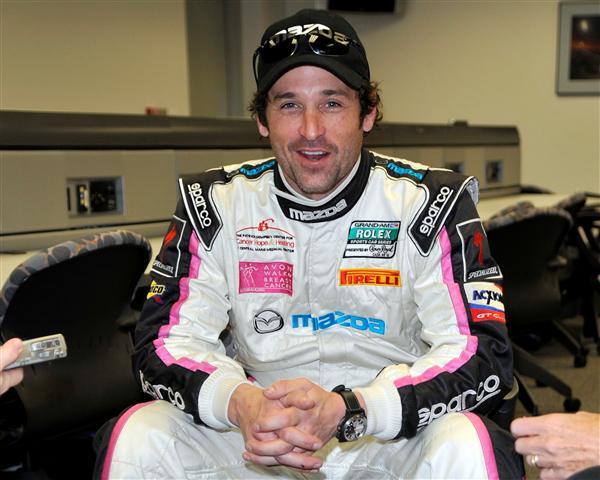 Of all the A-list celebs who participate in racing these days (not that there are very many, mind you), Patrick Dempsey is by far the most committed. Dempsey’s enthusiasm for cars and racing dates back to his childhood in Maine, but it wasn’t until his wife Jill got him a three-day course at the Skip Barber Racing School for his birthday one year that his interest became an obsession. A few years later he started competing professionally in the Grand-Am Rolex Sports Car Series (when his movie and TV shooting schedules allow it), where he and business and driving partner Joe Foster own a two-car GT team that fields Mazda RX-8s.
He placed ninth in GT at his first attempt at the 24 Hours of Le Mans in 2009, and two years later he and his team finished third in GT at the Rolex 24 at Daytona. This year Dempsey Racing has expanded into the LMP2 class in the American Le Mans Series, and Patrick and the team plan to contest next year’s 24 Hours of Le Mans with an LMP2 Lola coupe powered by Mazda‘s new SkyActiv-D four-cylinder turbodiesel. If you ask us, that’ll be more of a must-watch than any episode of Grey’s Anatomy. 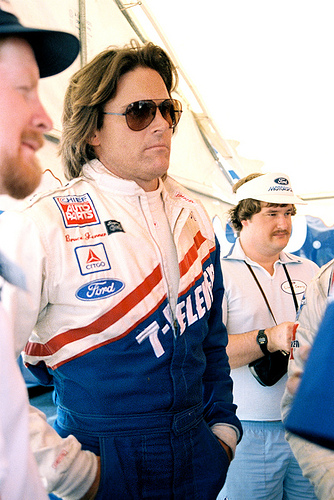 After he became America’s Olympic golden boy, but before he became stepfather to the Three Attention-Whores of the Apocalypse, Bruce Jenner was quite a successful sports car racer. He started in the very early ‘80s and did okay, but really hit his stride when he joined Jack Roush’s organization in 1985. There were some good results in 1985, but 1986 was a banner year; Jenner and frequent co-driver Scott Pruett won the GTO class (and finished fourth overall) at the 12 Hours of Sebring in their 7-Eleven-sponsored Mustang, while Jenner finished second to Pruett in the drivers’ championship at season’s end. Not worthy of another appearance on a Wheaties box, sure, but impressive just the same. 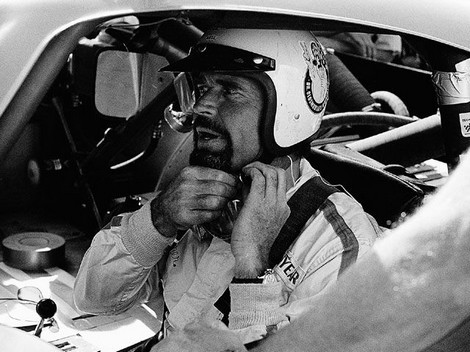 Depending on when you were born, you’re most likely to recognize James Garner as Bret Maverick, Jim Rockford or Jim Egan. Comparatively few people, however, recognize him as Pete Aron, the protagonist of John Frankenheimer‘s racing epic, Grand Prix. Much like Paul Newman and Winning, Grand Prix poured fuel on the fire Garner already had for cars and motorsports. In 1967 (the year Grand Prix hit theaters), Garner established American International Racers, a team that fielded entries in GT racing, Formula 5000 and desert racing. In fact, Garner competed in the Baja 1000 many times as a driver, in vehicles ranging from a Ford Bronco to an Oldsmobile 4-4-2. He was also the ceremonial pace car driver for the 1975, ’77 and ’85 Indianapolis 500s. 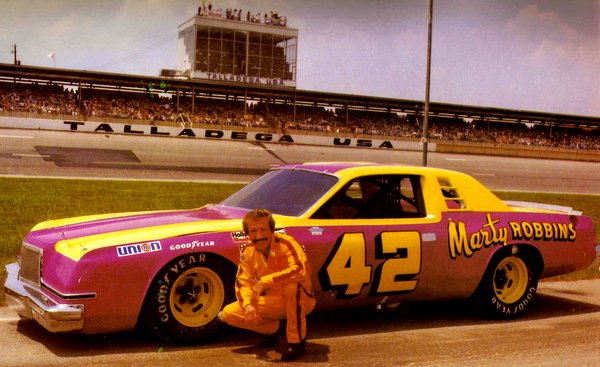 NASCAR’s roots as a Southern sport are well (over-)documented, so it’s no massive surprise that the only celebrity that’s ever really gone all-in on the driving front was a country music star. Arizona-born singer/songwriter Marty Robbins won three Grammys on the strength of hits like “El Paso” and “A White Sport Coat (and a Pink Carnation),” but when he wasn’t on tour or in the studio, chances are you could find him mixing it up with Richard Petty, David Pearson, Bobby Allison and other NASCAR stars of the era in one of his signature purple and yellow cars (usually a Dodge). Robbins netted six top-10 finishes in 35 starts in what is now the Sprint Cup Series, his best being a fifth-place at Michigan in 1974.
Shortly after his death from a heart attack on December 8, 1982 at age 57, the Cup race at the Nashville Fairgrounds Speedway (which sadly only lasted two more years) was renamed in his honor. 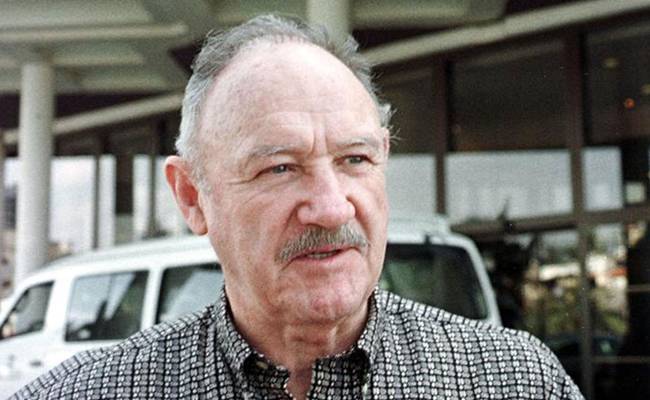 Though he wasn’t behind the wheel for all of the famous el train chase scene in The French Connection, Gene Hackman spent enough time hooning that brown Pontiac Le Mans to know that he liked driving fast. Six years later, in 1977, he took part in the first Toyota Pro-Celebrity Race at Long Beach, which inspired him to go to racing school. A handful of SCCA Formula Ford starts followed, and in 1980 he returned to Long Beach and won the celebrity category (Parnelli Jones took the pro and overall honors.).
In 1983, Hackman partnered with Dan Gurney‘s All American Racers (which itself had just begun a partnership with Toyota) to drive a Toyota Celica in IMSA’s GTU class. The following year he switched to Preston & Son Enterprises, which fielded Mazda RX-7s in GTU, but that was about the same time Hackman got tabbed for more and more movie roles. Forced to choose between acting and racing, Gene chose the former. But he certainly made the most of his decade or so in the sport. 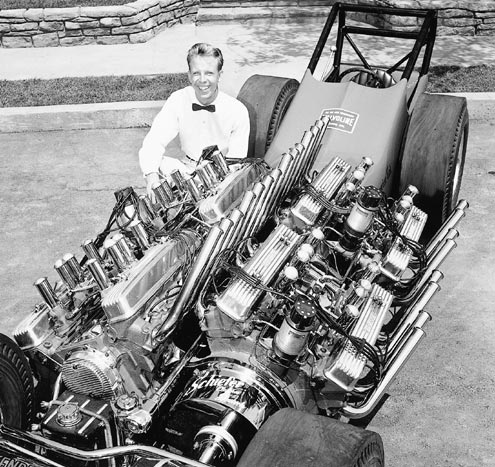 Rare, it seems, is the child star that doesn’t grow up to have chronic problems with drugs, alcohol, relationships, finances or some combination of the four. Mercifully, Tommy Ivo does not fit into that camp. As a fresh-faced youth, he appeared on TV shows like Hopalong Cassidy, The Lone Ranger and Father Knows Best, and in numerous movies. But the older he got, the more involved he became with hot rodding and drag racing, eventually setting numerous speed and elapsed time records. The bosses of the studio behind Margie, the show on which was one of the stars, eventually found out about his double life and banned him from competing, but when the show was canceled after one season, “TV Tommy” quit showbiz to concentrate on drag racing full time. 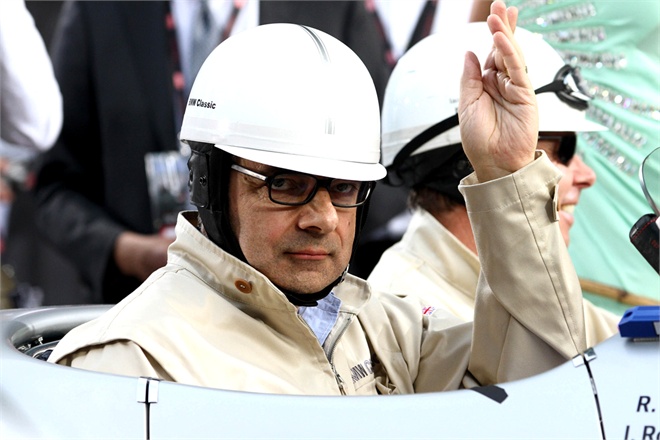 In the pantheon of present-day comedic actors, Rowan Atkinson surely ranks near the top. But when this pratfall-prone Briton isn’t garnering guffaws as Johnny English or Mr. Bean, odds are he’s competing in vintage races like the Goodwood Revival Meeting. In the 1980s, he competed sporadically in the Renault 5 GT Turbo one-make series in the UK, and he owns what is likely the highest-mileage McLaren F1 in the world (which, unfortunately, he has wrecked…twice). So the next time you see him hamming it up, supplement your laughter with a nod of respect toward this serious petrolhead.
Tweet41
Share21
Share
Pin124
186 Shares
Categories
Lists
Tagged
CelebritiesCelebrityListsMotorsportsTop 10 ListsTop 10_s
0