For all the doom-and-gloom being tossed about with regard to the future of the automobile (i.e. fewer and fewer young people being interested in cars, ever-tightening fuel economy and emissions regulations, available-to-the-public autonomous cars seemingly just over the horizon), 2013 sure saw a lot of super fast, super cool cars make their debuts. Some arrived in showrooms during this calendar year as 2014 models, while others will show up sometime in the next 12 months as 2015 editions. Regardless of when they roll into dealers, the following 10 cars will surely go down in history as some of the finest ever built. 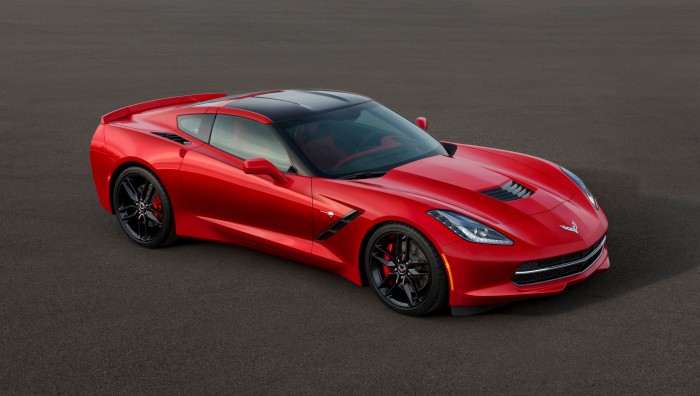 The Chevrolet Corvette has always offered up a lot of performance for not a lot of money but, historically, that arrangement came with quite a few caveats (e.g. Playskool-caliber interior materials, seats that offer less lateral support than one of those giant exercise balls, finicky at-the-limit handling, etc.). The new seventh generation Corvette Stingray (which marks the first use of the famed sea creature moniker on a production ‘Vette since 1976) dispenses with those compromises and others in convincing fashion. The styling might not be for everybody (If we had a dollar for everyone who is butthurt over the lack of round taillights, we could probably buy a new Stingray.), but it’s hard to argue with the stuff beneath that styling (Aluminum chassis, 7-speed manual transmission, electronic limited-slip differential and a new 6.2L Gen V Small Block V8 with direct injection, variable valve timing and up to 460 horsepower). And best of all, with a base MSRP of $51,000, it’s still dirt cheap compared to its foreign-born direct competitors. 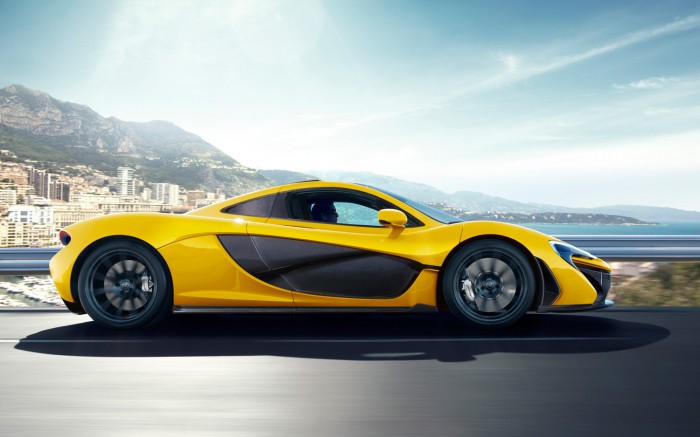 The McLaren MP4-12C may be a dynamite car, but it’s not really a proper successor to the McLaren F1. The company’s new P1, however, is. An upgraded version of the 12C’s 3.8L twin-turbo V8 and an electric motor produce a combined 903 horsepower, while a lithium-ion battery pack allows the car to run on electricity alone for about 10 miles. However, electrons alone won’t launch you to 62 mph in 2.8 seconds, to 186 mph in 16.5 seconds, and onto an electronically-limited top speed of 217 mph; no, to do all that, you need to burn some gas. Just be sure you have enough money for gas after you pay the $1.2 million McLaren wants for each of the 375 P1s it’s going to build. 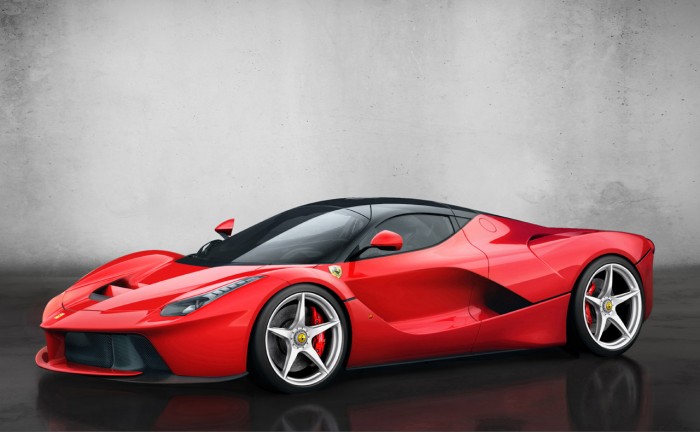 With today’s “cheap” Ferraris able to meet (and exceed) the performance benchmarks set by the Enzo Ferrari of a decade ago, it was a given that the newest Ferrari hypercar would be something special. And the LaFerrari certainly fits the bill, even if you just consider it looks (think “lovechild of a 458 Italia and a 330 P4”). But it’s what’s hiding under that sensuous bodywork that is the real newsmaker here: Ferrari’s first production car hybrid system, mating a hopped-up version of the F12 Berlinetta’s already-bonkers 6.3L V12 to a 7-speed dual-clutch transmission and a 161 horsepower electric motor. Total power is an obscene 949 horsepower, which should be sufficient to make sub-three-second 0-60 mph blasts and a 217 mph V-max child’s play. Of course, not very many children we know have the $1.3 million rumored to be needed to put one of these 499 monsters in their (parents’) garage. 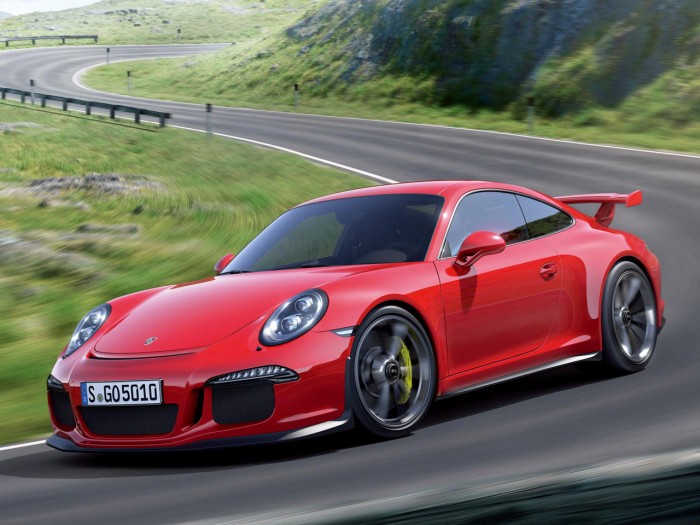 For more than a decade, Porsche purists have held the 911 GT3 up as the most focused, unfiltered vehicle the brand makes. Now, however, fundamentalist Porschephiles are screaming “HERETIC!” from the rooftops as they learn of the third generation GT3, based on the current 991-series 911. Why are they peeved? Probably because Porsche has done away with the race-proven “Mezger Engine” and replaced it with a brand new 3.8L flat-six (which does rev to 9,000 rpm and make 475 horsepower). Or that Porsche has replaced the hydraulic power steering system with an electric one that also incorporates rear steering. Or that the formerly 6-speed-manual-only GT3 is now the 7-speed-PDK-only GT3. We’re guessing it’s probably all three. But what Porsche puritans fail to realize is that what the new 911 GT3 has lost in raw, mechanical chastity, it has more than gained in the area of hot, sexy speed, both in a straight line and around corners. Ah well, their loss is everyone else’s gain (everyone that can afford the $130,400 MSRP, anyway). 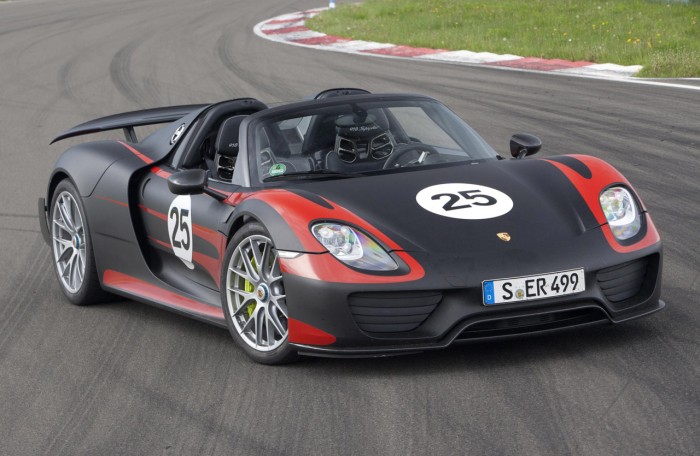 Of course, the new 911 GT3 wasn’t the only track day dynamo that Porsche unveiled this past year. The German nameplate also revealed the definitive production version of its take on the hybrid hypercar recipe, the 918 Spyder. Unlike the McLaren and Ferrari, the Porsche features a removable roof for open-air motoring. And speaking of motors, the 918 Spyder has an electric one for both axles (in addition to a screaming 4.6L V8), meaning it’s also the only AWD member of the trio. If you aren’t trying to get achieve maximum electric-only range (which Porsche pegs at about 18 miles), you can uncork the full fury of 887 combined horsepower and blast yourself to 62 mph in 2.8 seconds and onto a terminal velocity of 211 mph. Perfect for snatching that last “hybrids only” parking space at Whole Foods… 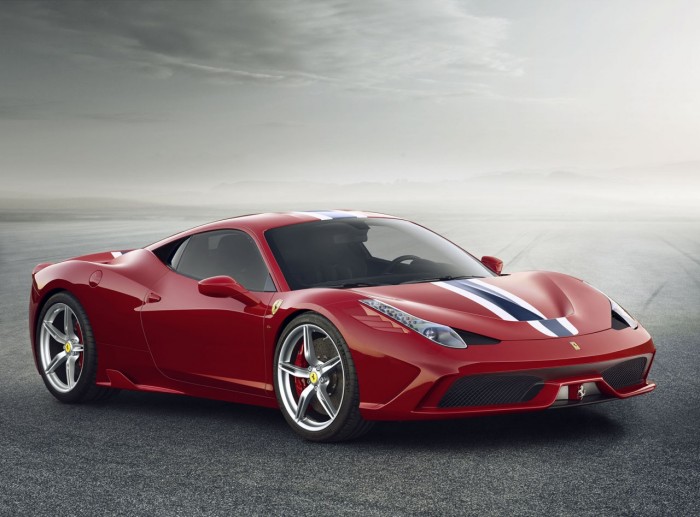 Ferrari releasing a lighter, more powerful hardcore version of the 458 Italia didn’t catch anyone by surprise, considering it had done the same with the 360 Modena and F430. But it’s doubtful anyone was prepared for the kind of numbers the 458 Speciale is capable of putting up: 596 horsepower. 2,844 lbs. (which is about 400 lbs. less than a 458 Italia). Zero to 62 mph in three seconds flat. And the ability to lap Ferrari’s private test track one-and-a-half seconds quicker than the vaunted Enzo Ferrari of a decade ago. That’s progress, yo. 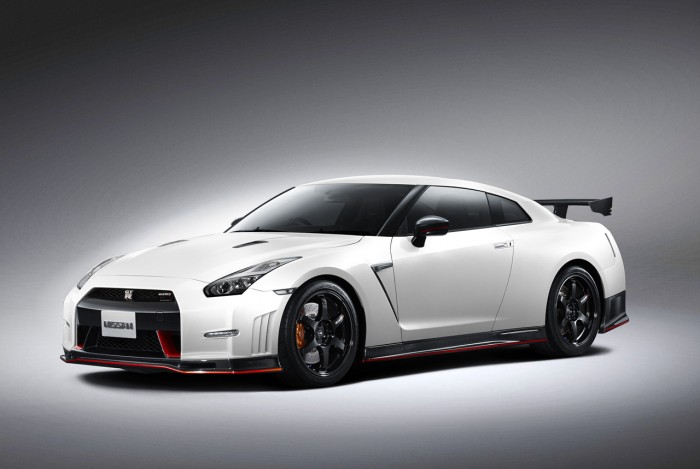 The Nissan GT-R is already one of the face-ripping-est (?) supercars under the sun, and Nissan used both of last month’s major international auto shows – Tokyo and Los Angeles – to premiere a new Nismo-tweaked version of the R35 that will be able to volley your visage into low earth orbit. Power from the 3.8L twin-turbo V6 rises from 545 to an even 600 horsepower, while new track-ready bits in the form of a new suspension and functional aero kit serve to enhance this super coupe’s already cat-on-drapes-grade grip levels. If the engineering departments in Stuttgart and Maranello aren’t on DEFCON 1, they should be. 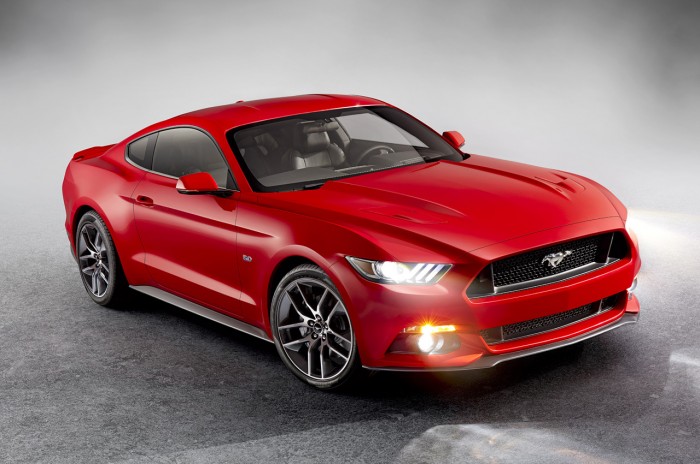 April 17, 2014 will mark the 50th anniversary of the public debut of the original Ford Mustang, but the Blue Oval couldn’t wait quite that long to show off the totally-new 2015 model of its iconic two-door. Okay, two of the engine choices (the 3.7L V6 and 5.0L V8) are mostly carryover, but there’s a new third choice on offer in the form of the newest member of Ford’s EcoBoost family, a 2.3L turbocharged inline-four projected to pump out at least 305 horsepower. And for the first time ever, independent rear suspension will be standard across the lineup. Throw in styling that’s considerably more modern than that of the current Mustang (yet still instantly recognizable as a Mustang) and prices that should remain in the same ballpark as the current car and you have what should be a smash hit that will set the tone for this American legend’s second half century. 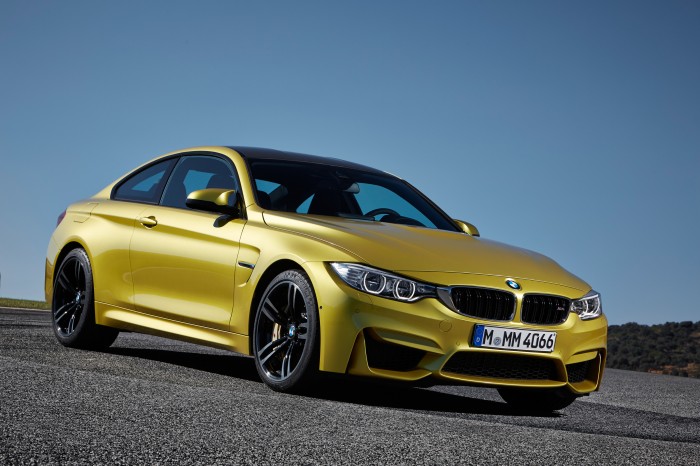 Proving that there really is nothing sacred, BMW has killed off the two-door M3; that legendary nameplate is now strictly sedan-only. Ah, but you’ll still be able to get an M-tuned coupe (and, eventually, convertible) in the M3’s size and price range; the only catch is you’ll have to call it an M4. Both the latest evolutions of Munich’s mid-size muscle machines are propelled by a twin-turbocharged 3.0L inline-six that sends the better part of 425 horsepower and 406 lb.-ft of torque rearward through either a 6-speed manual or 7-speed dual-clutch transmission. Expect 0-60 mph times in the vicinity of four seconds flat and stupendous agility when both the M3 and M4 go on sale in about six months’ time. 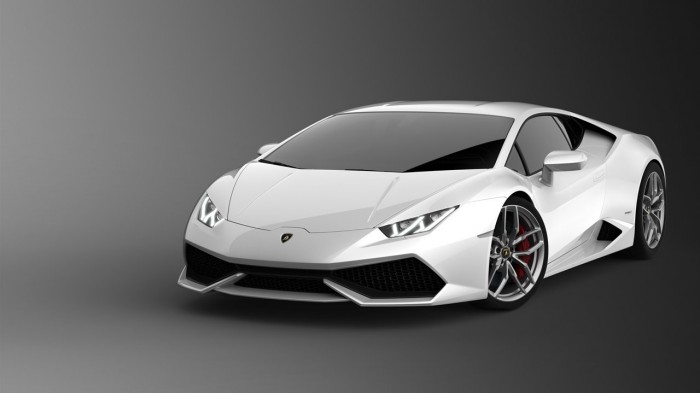 The Gallardo has managed to become the best-selling Lamborghini model in history by a substantial margin. However, all good things must come to an end, and the Gallardo is no more. But Lamborghini won’t be without a starter model for long, because the new Huracán LP610-4 is on its way. Like its predecessor, the Huracán features horizontally-opening doors, a 5.2L V10 engine and all-wheel-drive. Yet there are some noteworthy changes: The gearbox is now a 7-speed dual-clutch unit (Lamborghini’s first). The chassis is a mixture of carbon fiber and aluminum. And that howling V10 has been tweaked to produce 601 horsepower. Yeah, the next year or so is going to be rough for MP4-12C and 458 Italia fans…