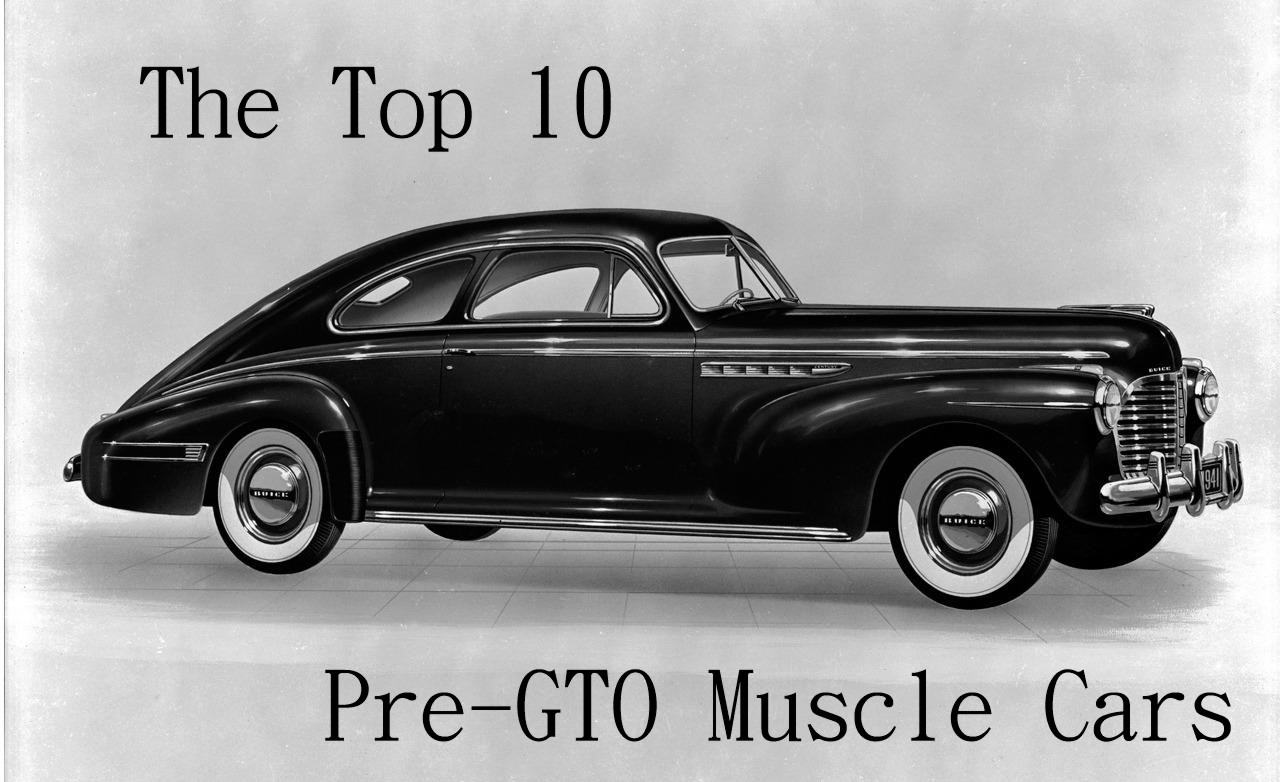 An overwhelming majority of sources assert that the Adam of the American muscle car species is the 1964 Pontiac GTO. It was certainly the first muscle car to be marketed toward leadfooted baby boomers, but it was not the first high-performance American passenger car. Nor was it the first American car to combine one of its maker’s big car engines with one of its small car body and chassis.

In short, the history of the muscle car stretches back many years before the O.G. Goat showed up. Just how rich is that history? Take a look at the following 10 factory hot rods and we think you’ll agree it’s pretty doggone rich.

Most gearheads will be flabbergasted to hear this, but the muscle car as it has most commonly been defined (big car engine in small car body) dates back to 1936. As if that wasn't crazy enough, the manufacturer to bring about the revolution was Buick. The Century married the shorter, lighter bodies of the Special model family with the longer nose and larger displacement inline-eight engine of the larger Roadmaster series. The 320 cubic-inch (5.2L) overhead valve eight was initially rated at 120hp, but had ballooned to 165hp by 1941 and the addition of dual two-barrel carburetors. U.S. automobile production ended early the following year, and factories in virtually all industries retooled for war material production. With the ability to cruise in the vicinity of 100 mph with minimal fuss, it's no wonder the original Century was nicknamed "the banker's hot rod." 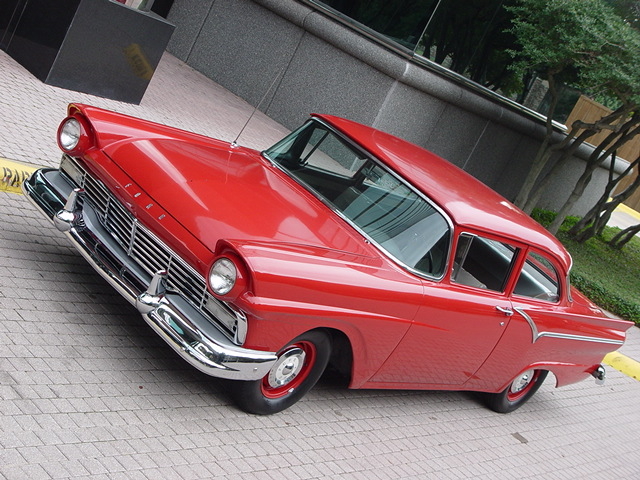 As popular as the 1957 Chevrolets are among collectors and car buffs, they weren’t the most popular cars when new. Ford actually outsold Chevy that year, by a margin of almost 500,000 units! But just a precious few of those ’57 Fords (both passenger cars and Thunderbirds) were fitted with the McCulloch supercharger equipped 312 c.i. (5.1L) Y-Block V8. The engine (often known by its internal code, F) was officially rated at 300hp, but the actual number was more like 325hp. Unsurprisingly, the force-fed Fords were very hard to beat in NASCAR and USAC stock car competition, at least until both sanctioning bodies banned induction systems more exotic than a single four-barrel carburetor. 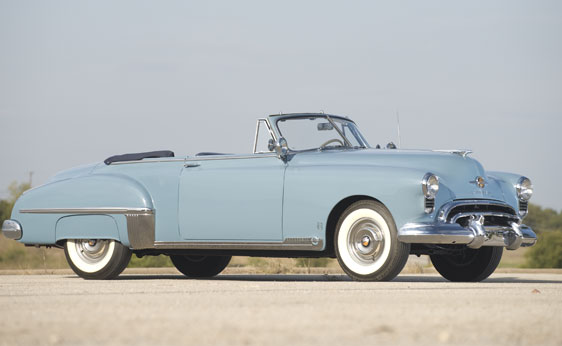 The foundations of the muscle car revolution as we know it today were arguably laid in 1949, when both Cadillac and Oldsmobile introduced groundbreaking high-compression, overhead valve V8s designed to take advantage of higher octane gas that became available after WWII. Oldsmobile took great advantage of the 135hp and 253 lb.-ft of torque made by its 303 cubic-inch (5.0L) Rocket V8 by installing it in a new model series that was also new for 1949: The 88, which was smaller than the 98 and the same size as the six-cylinder-only 76, which was discontinued two years later. With a hot new engine and "Futuramic" styling (Oh, to live in a time when companies could invent words willy-nilly…), the Rocket 88 would be the hottest American car for years to come. 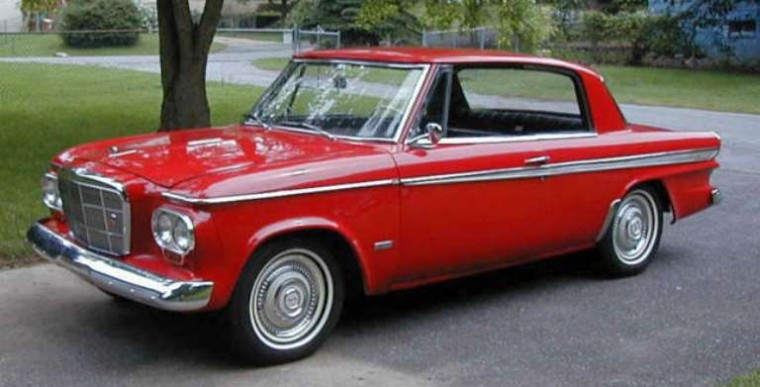 As the 1960s opened, Studebaker was on the ropes. Its shotgun marriage to Packard ended with that storied luxury brand being shuttered at the end of 1958, its labor costs were much higher than those of the Big Three, and sales of the compact Lark were fizzling after a strong start. But new CEO Sherwood Egbert reckoned offering a hopped up version of the Lark would reverse the company’s flagging fortunes, hence the 1963 Super Lark. The package included a new gauge cluster with a tachometer, front disc brakes, a heavy duty Dana 44 rear axle with a limited slip differential, and one of two 289 c.i. (4.7L) V8s: The normally aspirated R1 making 240hp, and the supercharged R2 rated at 289hp. Suffice to say, the latter could really scoot, and they are highly prized by Studebaker fans today. 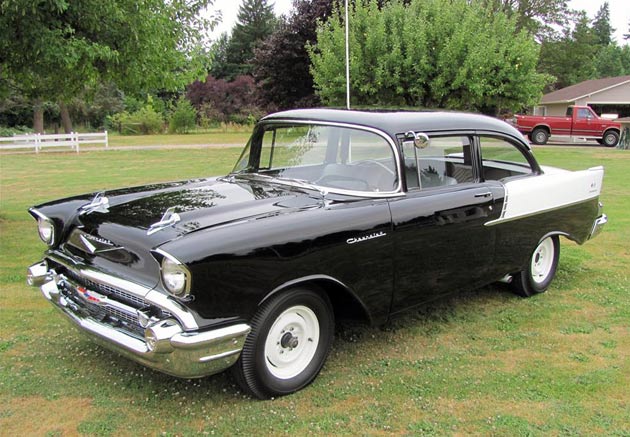 The 1957 Chevrolet is one of the most recognizable and iconic cars ever made. But while the top-of-the-line Bel Airs get most of the ink, the humble base trim level 150s had their own legend: The Black Widow. While not constructed by the factory, they were fitted with GM parts (including 6-stud rear axles and front hubs from 1/2-ton pickups) listed in a Chevrolet-published booklet aimed at NASCAR entrants who wanted to fly the Bowtie flag. The backseat-less Utility Sedan body style was chosen, and fitted with a variety of heavy-duty chassis and brake components, as well as the fuel-injected version of the 283 cubic-inch (4.6L) Small Block V8 making 283hp in stock trim. Even after NASCAR banned fuel injection, forced induction and multiple carburetors in April of 1957, Buck Baker still took home that year’s title in his four-barrel-equipped Black Widow. 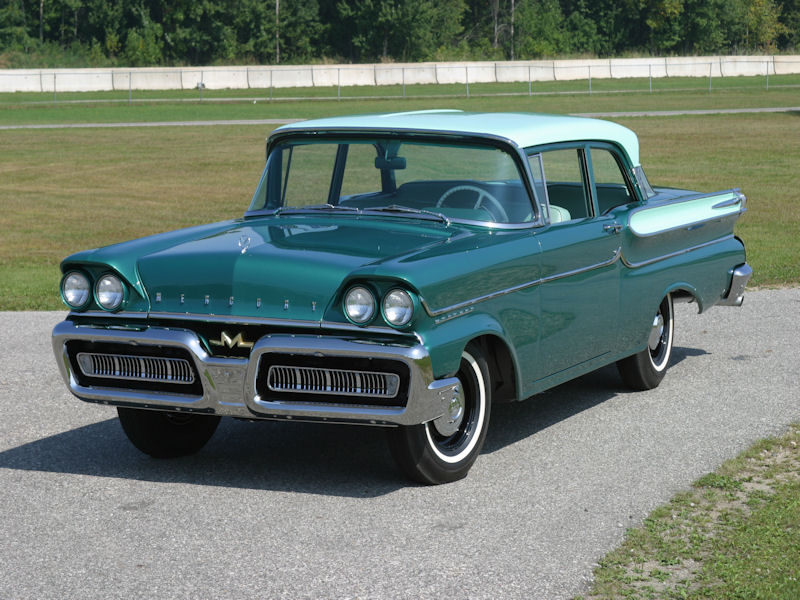 Lest you assume 400hp American production cars didn’t come along until the early 1960s, devotees of the recently deceased Mercury nameplate will gleefully remind you of the 1958 (and only 1958) “Super Marauder” engine. This 430 c.i. (7.0L) iteration of the MEL (Mercury–Edsel–Lincoln) V8 family featured three Holley two-barrel carburetors and 10.5:1 compression, and was the first American production powerplant to hit the 20 score mark. Install it in a Monterey (the lightest and cheapest Mercury series that year) and you had a sleeper of epic proportions.

Two years before the 442 became more than just a collection of even numbers, Oldsmobile's idea of a mid-size muscle car was the evocatively named (or, if you're a pilot, unfortunately named) Jetfire. Using the F-85 Cutlass, with its all-aluminum 215 cubic-inch (3.5L) V8, as a starting point, the Olds engineers added a turbocharger (the first time such a device had been fitted to a production car) to yield 215hp and 300 lb.-ft. To prevent detonation under boost, they also added a water-and-methanol injection system to prevent pinging. Sadly, the Jetfire would only be produced one-more year, making the Jetfire Oldsmobile's first and last turbocharged production vehicle. 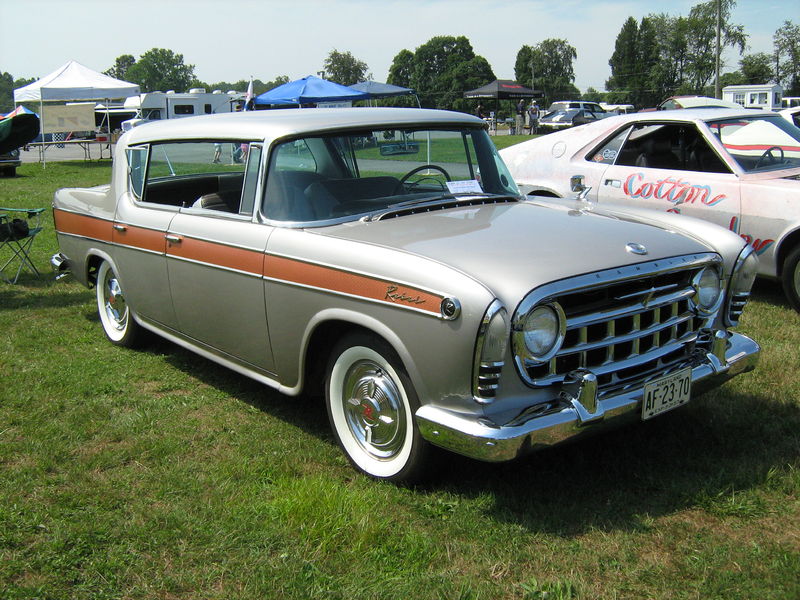 Three years after the formation of AMC via the merger of Nash and Hudson, the company decided to release a special hot version of the mid-size Rambler. Just 1,500 Rambler four-door hardtops (all silver with gold anodized trim) had their engine bays stuffed with the 327 c.i. (5.4L) V8 used by the Nash Ambassador and Hudson Hornet. However, the Rebel-spec V8 featured higher compression and solid lifters rather than the large car version’s hydraulic lifters, meaning it was probably making noticeably more than the advertised 255hp. Subsequent Rebels had smaller engines and were made in larger numbers, making the ‘57s far more desirable. 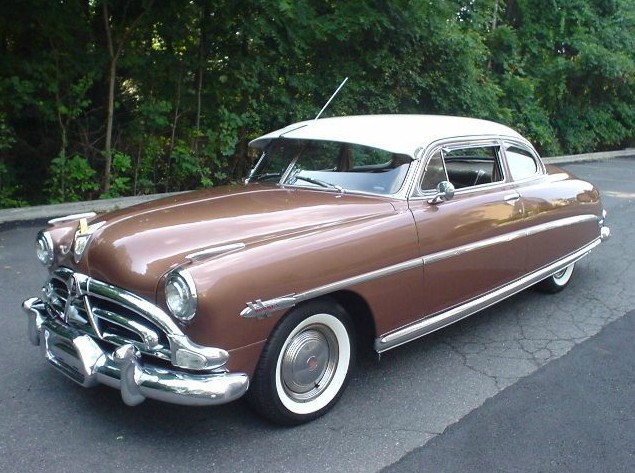 While many will scoff at the idea of any six-cylinder car being muscular (turbocharged Buicks be damned), the first generation Hudson Hornet certainly qualified as muscular in its day. When ordered with the “Twin-H Power” package (two big one-barrel carburetors) for the 308 c.i. (5.0L) flathead inline-six, you had 170hp at your disposal. Couple that with Hudson’s “Step Down” unibody construction, which provided better structural rigidity and a lower center of gravity than its body-on-frame rivals, and it’s no wonder the Hornet cleaned house in NASCAR. 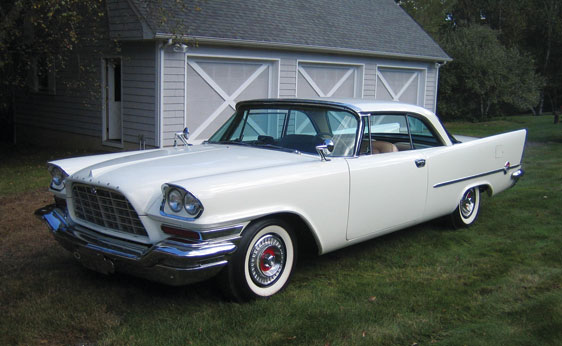 When Chrysler introduced the C-300 in 1955, it basically invented the executive express (i.e. high performance luxury car) segment. Two years later the so-called Letter Car line arguably reached its zenith with the 300C. Not only was the 300 available as a convertible for the first time, and featured new torsion bar front suspension system, but the Hemi V8 under the hood was enlarged to 392 c.i. (6.4L). That engine made 375hp in standard form, but a hardcore 390hp version was installed in 18 manual transmission cars. Baddest car of its day? Quite possibly.