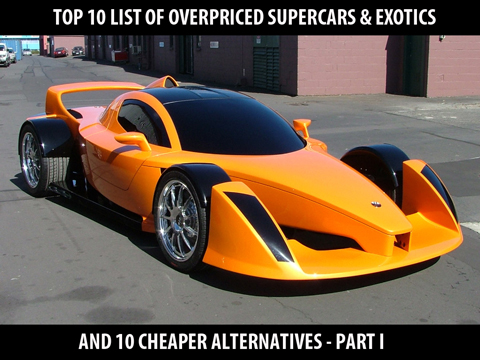 Recently, Ask Men put together a Top 10 list of supercars that should be more affordable given our current economy. Their list of high-performance and exotic cars is a great snapshot of the kind of elevated and extreme pricing of this class of car. Don’t get me wrong, I would be ecstatic to drive any one of these dynamos but am not so sure that even if I had the money I would put down that kind of cash.

In the article “The Showdown: World’s Most Expensive Car Vs World’s Cheapest Car” I bring up the fact that you can get 7,500 Tata Nanos for the cost of a single Bugatti Veyron. Now, of course, this is an extreme example, but my point is that there are less expensive alternatives that will bring just as much joy once you remove the ego. What follows is Ask Men’s assessment along with Sub5zero’s commentary… 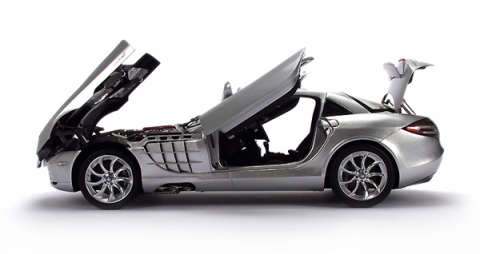 Of the supercars that should be affordable (or in this case, should have been), a no-brainer is the lame-duck Mercedes SLR McLaren. Fine, so McLaren and AMG collaborated on the development (not so peacefully, as we recall). The end result seemed too much like an SL with the nose of a proboscis monkey. The SLR was also a rare case of the brakes being too good. Once they were warm, they’d do well enough to decelerate the car from its 205-mph top end, but hauling it down from 25 mph was an embarrassing, herky-jerky affair.

What the price should be: $250,000. We understand this is an SLR (ooh), but why should it stand so far above the Lamborghinis and Ferraris of the world in price? Time to knock down its ego a bit, and its price. Plus, it doesn’t have a roof — less is not more in this case. 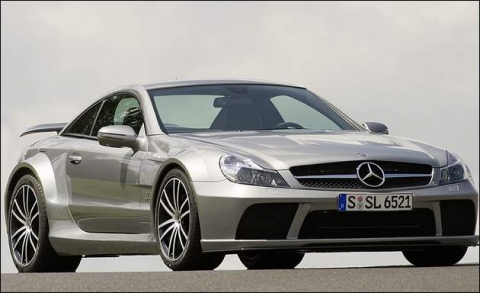 The Mercedes-Benz SLR McLaren has a limited run of 3,500 cars over its 7 year production schedule so it is indeed “rare” as far as cars are concerned. And it does come with a 626 bhp engine good for 3.7 seconds sprints from 0 to 60 mph. However, our vote would be to grab the Mercedes-Benz SL65 AMG Black Series instead. First, you get a car that is also rare and exclusive, with only 350 vehicles coming to the US. And second, performance wise, it’s top of class. The Black Series comes with a 6.0L V12 bi-turbo rated at 670 hp with 738 lb-ft of torque (885 lb-ft unrestricted). And you get the same performance with 0 to 62 mph runs in 3.9 seconds (no data on 0-60 exactly). Total savings = $270,000 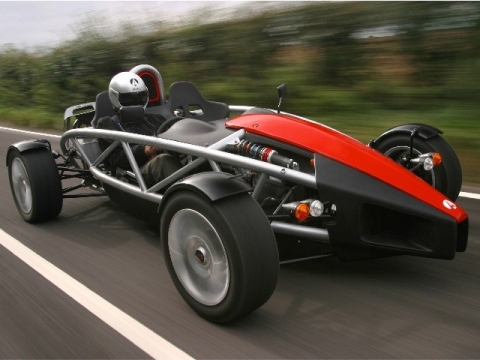 Track driving is the second most enjoyable thing you can do while wearing protective gear, and this toy is pure auto erotica. The Ariel Atom 3 easily zips from 0-60 mph in about three seconds, and an even more potent variant is coming with a V8. Great, but this is a car you have to drive wearing a helmet. There are no interior accoutrements to speak of; hell, there really isn’t an interior at all. It’s a lot to spend on a track toy, and regular road use will have you longing for more protection.

What the price should be: $20,000, or the price of a higher-end bike as this is really just a four-wheeled bike. 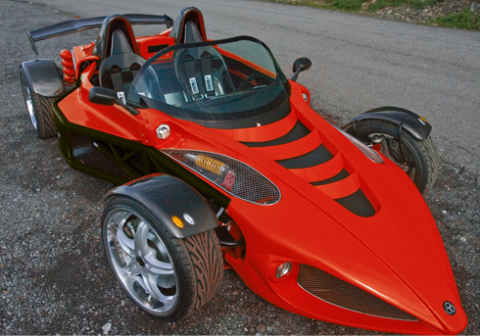 Agreed. However, if you are into crazy power-to-weight ratio cars check out the Deronda Sports Car. It’s only 1900 pounds dry and comes with either the Corvette LS2 engine rated at 400 hp or the LS7 rated at 505 hp. Basically, it’s a Corvette sans 1500 pounds with a Porsche transaxel and Formula 1-type acceleration. As opposed to the Ariel Atom, this car comes with a windshield, so no pulling bugs out of your teeth. And you even get the Corvette’s traction control system, which comes in handy for lame drivers with a car that is this fast. Basically, it’s kind of like training wheels for adults. You can always just take it off, but make sure you’ve mastered the turning thing first. 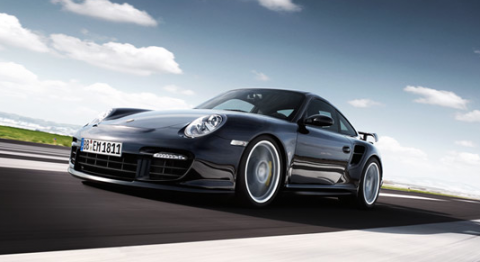 Including Porsche’s 911 GT2 among supercars that should be affordable is as much about greed as it is about the integrity of the Porsche brand. There truly need to be fewer Cayennes (and soon, Panameras) making their way into everyday lives, reminding the world that Porsche doesn’t make appliances. This edition of the 911 is just the opposite, ditching a lot of unsprung weight and stiffening the ride for the purists’ sakes. Less is more, and in the case of the GT3, less costs more; much more than most other 911s. 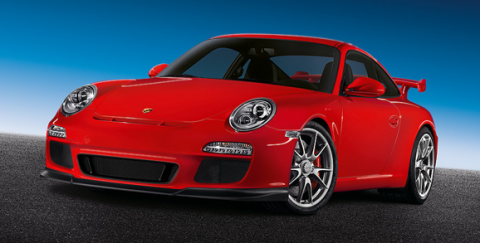 This one’s tough… For all intents and purposes, the Porsche 911 GT2 is the ultimate sports car and worth the price. But not for the reasons you think. The steep price over the 911 Turbo isn’t necessarily for the extra 50 hp, having a tenth of a second shaved off the 0-60 sprint, the reduced weight or the 11 mph edge in top speed. You are really paying for a race-bred platform to work off of. Porsche tuning companies like TechArt, 9ff and Switzer Performance use the GT2 as the base for some of the most extreme performance vehicles on the market today. Our advice would be to grab the Porsche GT3. You won’t notice the loss of 3/10th of a second in the sprint to 60 mph. And you still get a 4 second car good for 194 mph. Total savings: $82,000 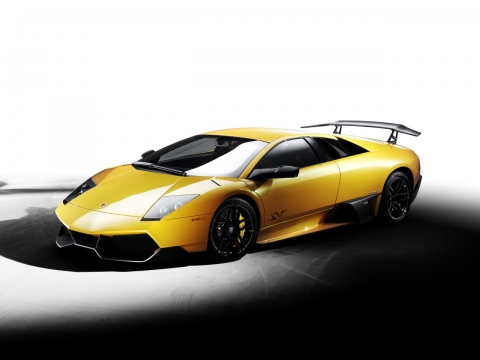 If there are any supercars that should be affordable, it’s Italian exotics. A good example is the new, limited-run Lamborghini Murciélago LP 670-4 SV. It’s going to take an extra $96 grand to get minor body tweaks, 30 more horsepower, a little less weight (220 pounds), and a little extra speed. When you can already intimidate and outgun most every other car around you with a “normal” Murciélago, the premium commanded by the SV is better saved for bail money.

We concur. Our advice is to cop the Murcielago LP640 Roadster for $345,000 and take it to a coachbuilder like Prindiville Prestige to get a little bit of personalization. Lets’s say $50,000 worth of work. Total savings: $55,000. 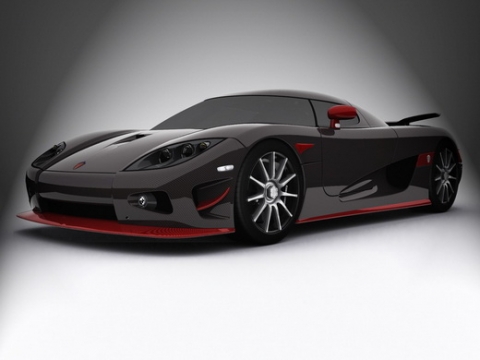 Your girlfriend suddenly loves the Volvo C30 because of its screen time in Twilight (even if she really only digs the car because of Robert Pattinson). She doesn’t even know what a cool Swedish car is. The carbon-fiber Koenigsegg CCXR is the answer. It’s also the problem. This E85-capable supercar, of which there are six examples, represents a million-odd dollar jump over other models. For half the price, the performance is nearly as brilliant and she’ll probably be just as impressed — or petrified.

What the price should be: Really, does it need to be in the millions? It’s a car, after all. Drop it down below the million-dollar mark and it makes a bit more sense. 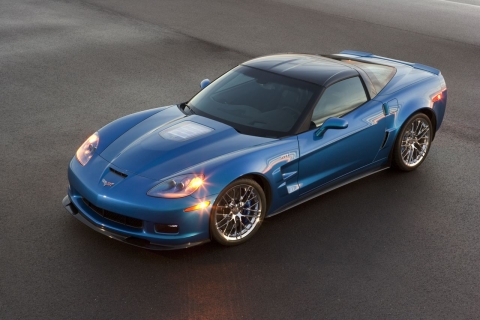 If you want a car that is wicked fast, low-slung and a sheer terror, opt instead for the Lingenfelter Performance Engineering tuned Corvette ZR1. Here’s what you do… Purchase the top-of-the-line Corvette for $104,920 and get the LPE Supercharger Upgrade for the LS9 engine at a bargain basement price of $1,999. Now you have a car capable of 680 BHP and 660 lbs ft of torque. The stock ZR1 (with 638 hp and 604 lb-ft of torque) has a top speed of 205 mph and does 0-60 in 3.4 seconds. So, all I can really say is that with the LPE upgrade it does even better.

Okay, so the ZR1 can’t reach 259 mph or sprint 0 to 60 mph in 2.9 seconds like the CCXR but it will still scare the s%*t out of you just the same. And if you are worried about not being enviromentally friendly, assuage those concerns. The CCXR in all its flex-fuel glory only gets 15 miles per gallon while the Corvette ZR1 gets a 17 mpg combined rating. (Although I admit, this is a little unfair because the Vette won’t run biofuel.) Total savings: $1,893,000.

So, there you have it. Part 1 of our review of the top 10 supercars that should be more affordable along with our own take including some cheaper alternatives. Part 2 of this discussion will be posted very soon. Look for the cars to get more exotic and the recommendations to get more extreme as we get closer in the countdown to number 1. Stay tuned…