The Top 10 New Cars We’re Most Thankful For

Unless you’re living under a rock (and we doubt you are, since very few of them have internet access), you probably know that today is Thanksgiving here in the U.S. of A. And while there are many more recently established traditions observed on this holiday – playing touch football with the relatives in the backyard (or, if you prefer, the alley where the annoying neighbor kid and his buddies like to get together and smoke pot), camping out in front of stores for Black Friday sales, and getting felt up by an airport security screener while you’re still nursing a tryptophan hangover – the root of the last Thursday in November’s significance is giving thanks for the good things and good people one has in his or her life. And dag nabbit, not enough folks these days seem very interested in doing that.

To make things easier, we decided to compile a list of new cars we’re most thankful exist. So even if you can’t get psyched about family and friends who love you and a roof over your head (or maybe you have neither of those things), we’re pretty confidant you can feel some gratitude toward the deity/all-powerful force of your choosing for allowing these rides to be. After all, you do come here for cars and nothing else, right? Anyway, on with the show!

Though a great many people will insist that it always has been and always will be a chick car, the Mazda MX-5 Miata is a gender-neutral driving machine. And what a driving machine it is; it might have “just” 167 horsepower, but the tidy proportions, just-right suspension tuning and rear-drive layout make it a severe hoot to hoon through the twisties. Oh, and you Snowbelt dwellers can’t make the “too cold in the winter” excuse, since it’s available with either a folding cloth top or a nifty folding hardtop. 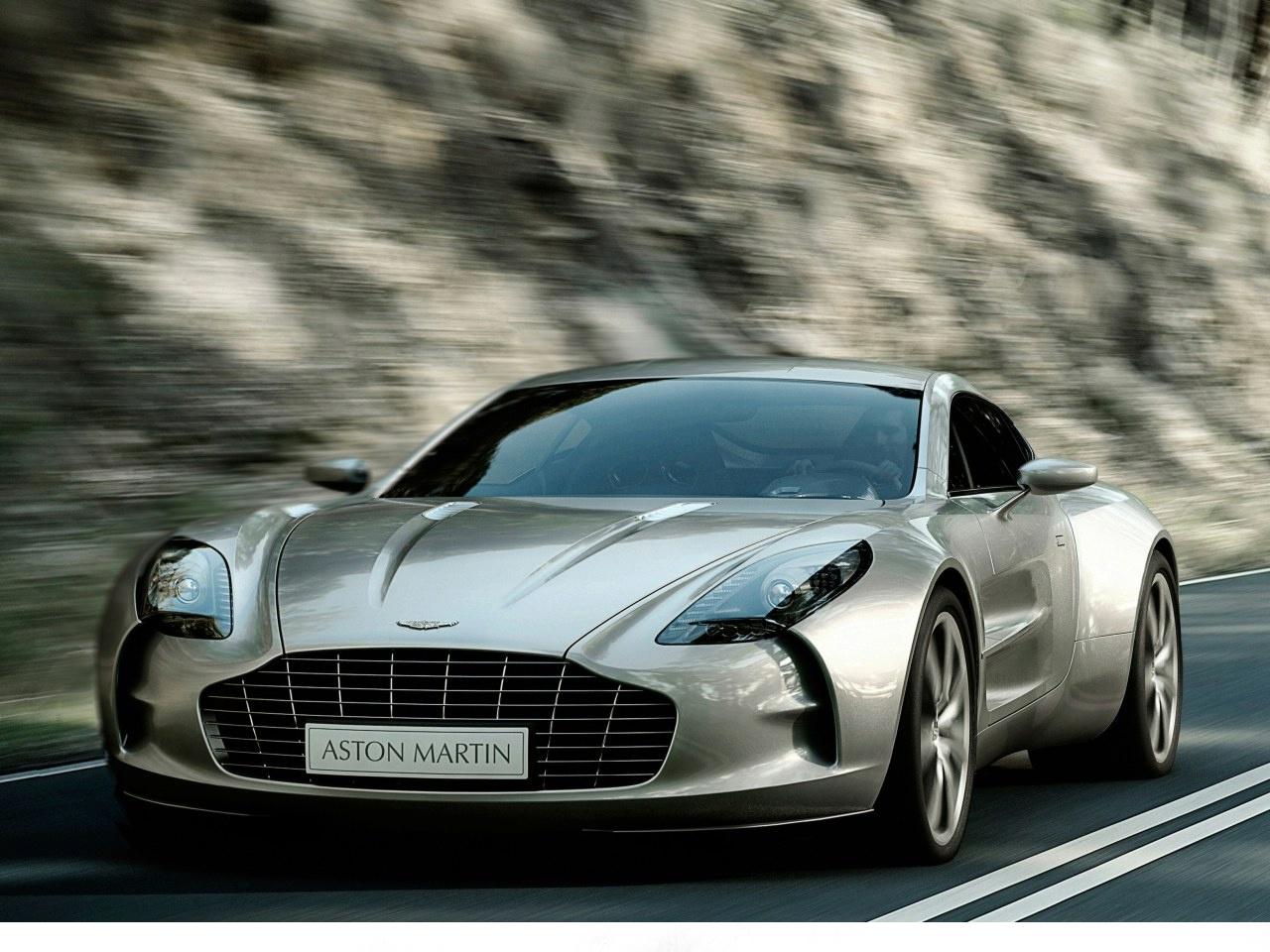 In an era when almost every manufacturer is coming out with downsized engines with direct injection and turbocharging in the name of saving fuel, it’s safe to assume that displacement has been replaced. Aston Martin apparently doesn’t want to live in that world (at least not yet); why else would it have powered its limited edition One-77 supercar with a gargling, barking 7.3L normally-aspirated V12? And in case that’s not enough, said V12 makes 750hp, making it the most powerful normally-aspirated production car engine ever. That’s one stat that will knock the stuffing out of the competition. 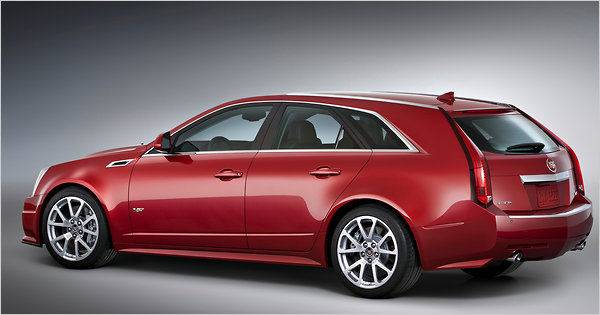 There’s an unwritten rule in automotive journalism circles that those of us in this biz must be head-over-heels in love with the Cadillac CTS-V Wagon. But don’t feel sorry for us, because it’s not that hard to be. Dig: Rear-wheel drive. Supercharged 6.2L V8 that’s a (slightly) mellower version of the Corvette ZR1’s engine. Choice of 6-speed manual or 6-speed automatic transmission. And it’s a station wagon. From Cadillac! Any gearhead that doesn’t mention this baby when saying grace before dinner should be banished to the kids table. 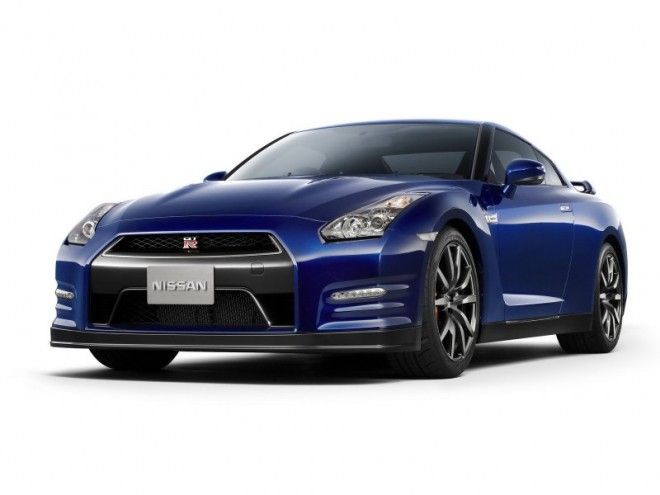 Many people lament the inexorable technology fortification of modern automobiles. These people likely haven’t pushed a Nissan GT-R to its limits. With about as much computing power on board as the whole of the U.S. government had in 1970 (give or take a few terabytes), plus a sophisticated AWD system and a twin-turbo 3.8L V6, the car that also answers to Godzilla is able to bend the laws of physics far enough to make Isaac Newton contemplate suicide if he wasn’t already, you know, dead. 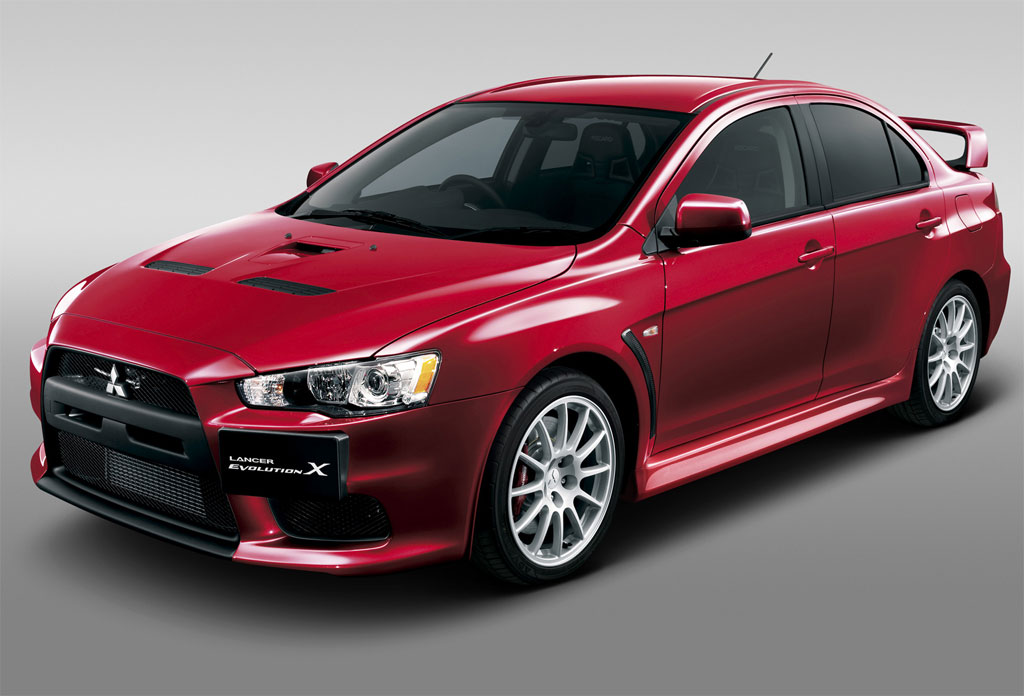 Of course, not everyone has more than eighty large to spend on any car, much less one with the same badge on the trunk as an $11k Versa. Good thing Mitsubishi offers up the Lancer Evolution. Aside from being Japanese, turbocharged and all-wheel drive, there aren’t a whole lot of similarities. The Evo has four doors (“Look honey, it’s kid-friendly!”), smaller dimensions, and less girth. In short, it’s the 291hp Ginsu to every other compact sedan’s safety scissors. So don’t try to cut out any hand-tracing turkeys with it, m’kay? 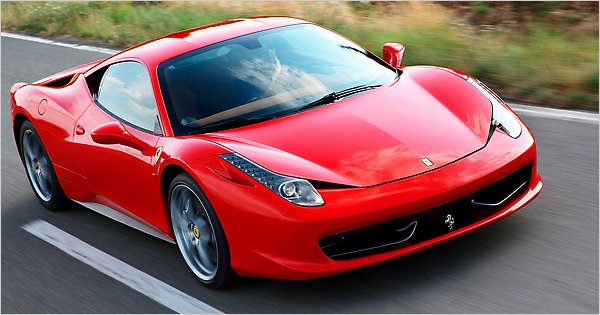 If, about eight years ago, we heard you say that Ferrari would one day build a mid-engine V8 “starter model” capable of going head-to-head with the then-new Enzo, our college freshman self would have laughed so loudly that the librarian would have run all the way across campus to shush us. But the sports car shamans at Ferrari have done exactly that with the 458 Italia. The styling is equal parts F-15 and Miranda Kerr, and the atmo 4.5L V8 sounds like every orgy ever held on Mount Olympus combined and multiplied by 30. Praise il Commendatore and pass the mashed potatoes! 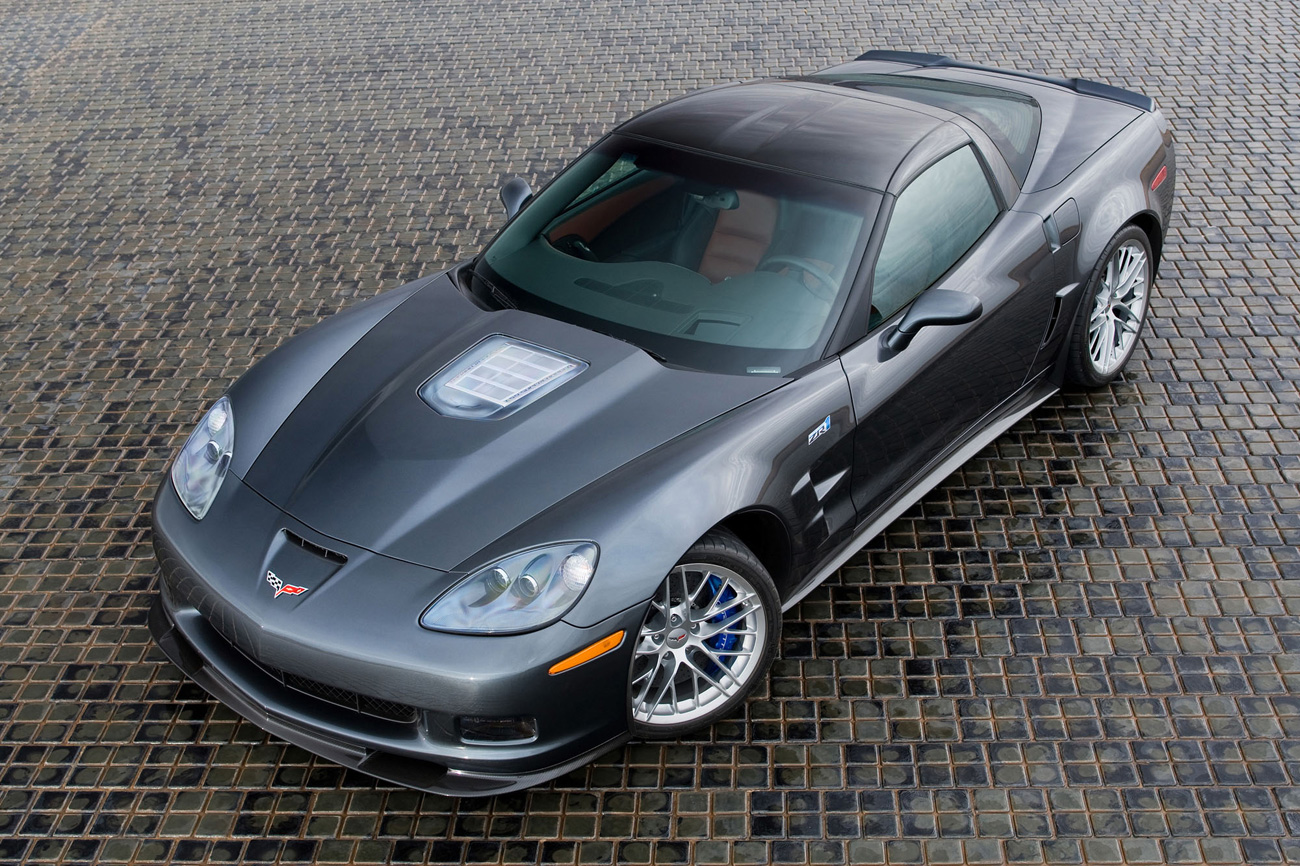 Meanwhile, for true red, white and blue patriot petrolheads who wouldn’t be caught dead driving one of those funny furrin’ jobs, Chevrolet offers the Bluegrass State-built Corvette ZR1. With pushrods in the 638hp supercharged V8 and (transverse) leaf springs softening road imperfections, this King of the Vettes is slightly less old school than the Plymouth Colony. Or at least as old school as a car with an aluminum chassis, carbon fiber bodywork and shock absorbers filled with electromagnetic fluid can be. 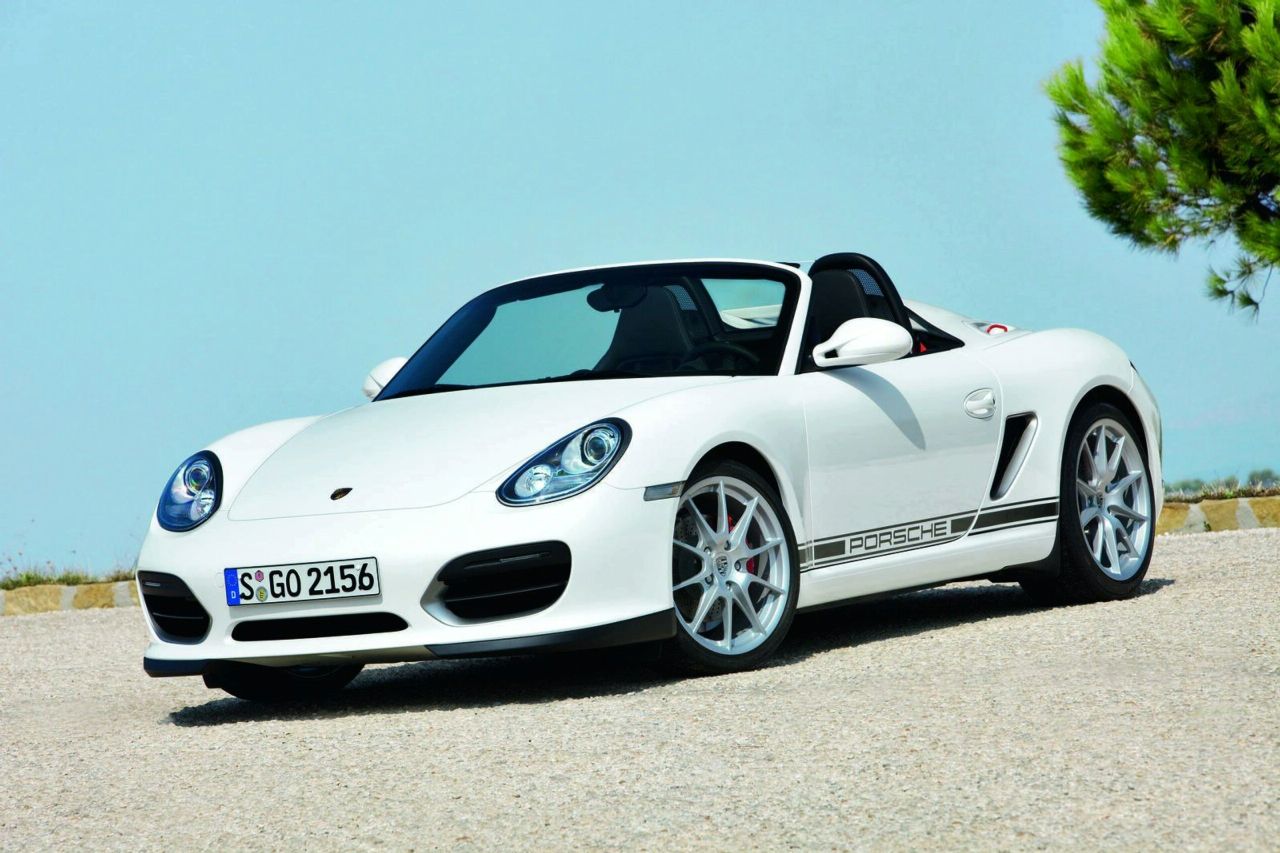 We won’t argue that Porsche should be on the business end of some reprimand for building big, heavy SUVs and sedans. We would, however, like to remind you that the company still builds some sweet sports cars, none sweeter, perhaps, than the Boxster Spyder. With 10 extra horsepower (totaling 320hp) from the 3.4L flat-six and more than 150 lbs. less weight thanks to lighter and simpler things like seats, interior door pulls and even the manual, maybe-not-quite-weather-tight top, this baby is elemental in every sense of the word (You can even forgo a sound system and air conditioning!). And we can’t thank Porsche enough for building it. 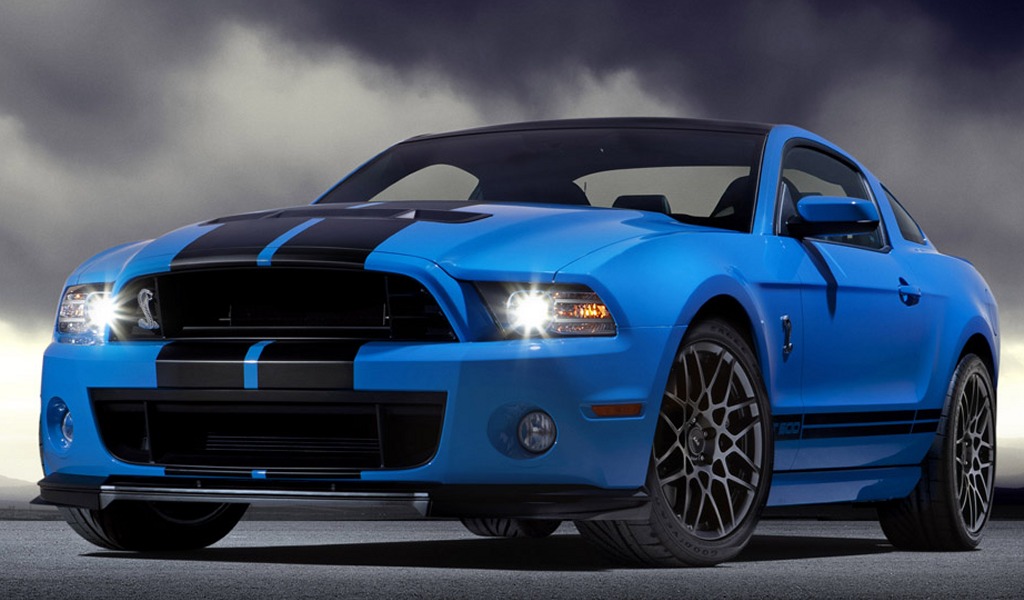 Okay, we’re stretching the definition of new car a bit since it just debuted at the L.A. Auto Show, but the 2013 Ford Shelby GT500 has us way too stoked to wait. The maddest Mustang ever concocted by Ford itself gets its motive force from an embiggened 5.8L supercharged V8 putting down 650hp. Yeah, yeah, we know, that power goes through a live rear axle designed during Genghis Khan’s reign. But have you ever heard the saying “Never look a gift horse in the mouth?” This is that horse. 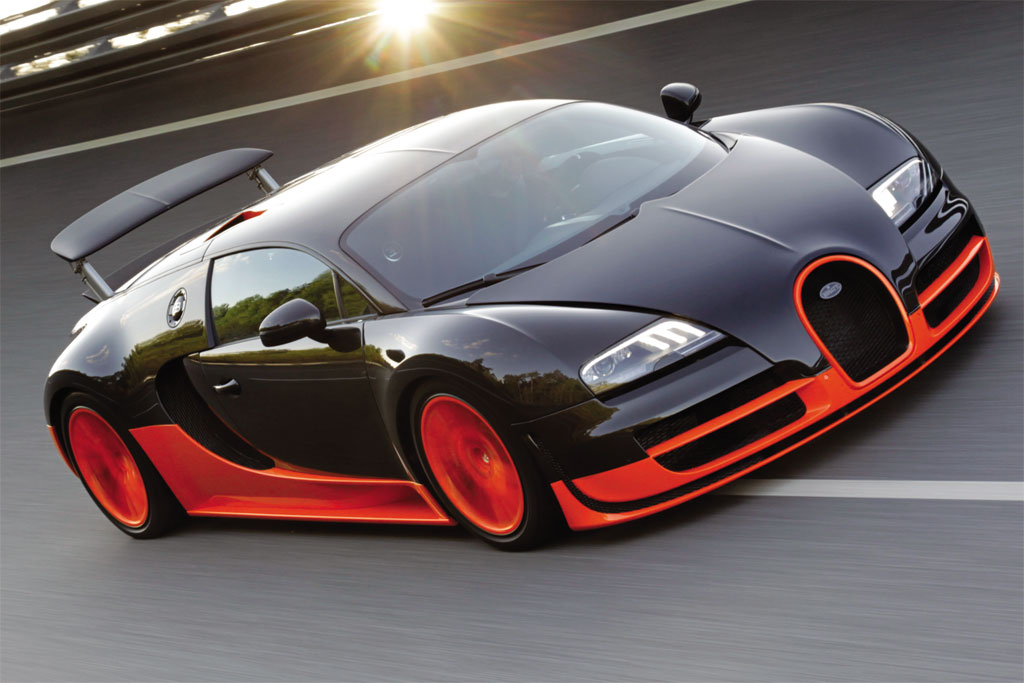 In the realm of aviation, the Lockheed SR-71 Blackbird marked the zenith of sheer speed and sheer outrageousness attained by a flying machine that didn’t venture outside the atmosphere. On the ground, that distinction belongs to the Bugatti Veyron Super Sport. The component list reads like something an eight-year-old would compile: Sixteen cylinders. Four turbochargers. Four driven wheels. Seven forward gears in the transmission. One-thousand two-hundred horsepower. And a 268 mph top track speed, the fastest of any street legal production car ever constructed. Even if a car more extreme than this eventually comes along, the Veyron Super Sport has earned a permanent place in history. And we are witness to that history, something for which we can all most certainly be thankful.

Lastly, we’d like to wish you and your families a happy and safe Thanksgiving. And thanks for reading!