The Top 10 Maserati Vehicles of All Time

A little over 100 years ago (December 1, 1914, to be exact), five brothers from Bologna, Italy – Alfieri, Bindo, Carlo, Ettore and Ernesto Maserati – established a workshop to build automobiles and components. In 1920 the sixth brother, Mario, created a new logo for the company that incorporated a depiction of Neptune’s trident from Bologna’s landmark Fountain of Neptune. Since then, the Maserati name and insignia have been synonymous with vehicles that seamlessly blend Italian style, performance and luxury.

Naturally, being around for a century will give a car company a large back catalog, and Maserati is no exception. Many of those models are memorable (some for the wrong reasons; Biturbo and Chrysler TC, anyone?), but some are more memorable than others. Here, in chronological order of their debut, they are. 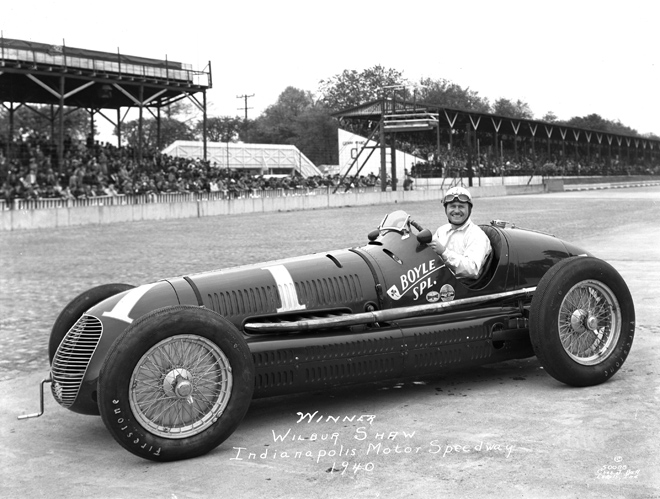 Designed for grand prix racing in Europe, the 8CTF (which debuted in 1938, the year after the company was sold to Modenese businessman Adolfo Orsi) probably would have been one of the (if not the) dominant cars in the sport, thanks to its twin-supercharged 3.0L inline-eight that produced up to 365 horsepower. Unfortunately, there were two noteworthy obstacles that prevented this shapely monoposto from reaching its full potential at home: The Third-Reich-funded Silver Arrows of Mercedes-Benz and Auto Union, cars which were, in terms of design, engineering and performance, years – if not decades – ahead of any other race cars on the planet. What’s more, the outbreak of World War II in late 1939 put a stop to all racing in Europe.

However, the 8CTF’s racing career was far from over. In early 1939, Mike Boyle purchased 8CTF chassis number 3032 for his friend Wilbur Shaw to drive in that year’s Indianapolis 500. Shaw (who won the 1937 race in a car of his own design) and the “Boyle Special” won fairly handily. They repeated the feat in 1940, making Shaw the first back-to-back Indy 500 winner and the Boyle Special the first (and, as far as we know, only) car to win the Memorial Day classic in consecutive years. 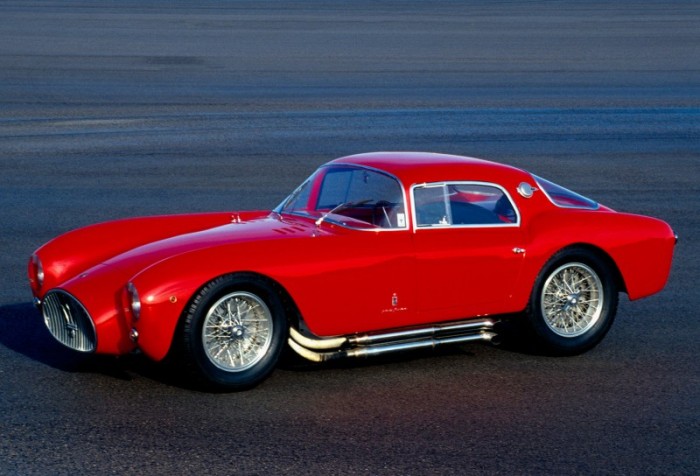 The concept of the dual-purpose road and racing car was still alive and well in the early 1950s, so it wasn’t terribly strange for Maserati to take four of its A6GCS sports racers (powered by a 2.0L inline-six producing 170 horsepower), have Pininfarina reskin them as low, fastback coupes, and sell the resulting A6GCS/53 Berlinettas to wealthy clients. What was unusual about the A6GCS/53 Berlinetta is the way it had to be built: Because Pininfarina was on the cusp of signing a lucrative body-building contract with Ferrari and didn’t want to incur the Old Man’s wrath, they made an arrangement with Maserati whereby Maserati would sell the four chassis to Roman dealer Guglielmo Dei, who would in turn hire Pininfarina to make the bodies for those chassis. A convoluted scheme, certainly, but the byproduct is plainly beautiful. 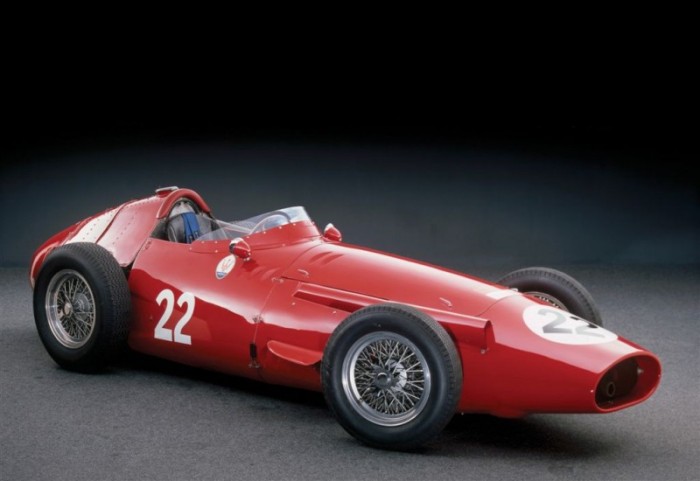 The 8CTF may have been severely outgunned on the prewar grand prix scene, but Maserati’s last single-seater – the 250F – was anything but. Juan Manuel Fangio drove the then-new 250F to victory in the first two races of the 1954 Formula 1 season before jumping ship to the reborn Mercedes-Benz team prior to the French Grand Prix. Maserati would go winless through the remainder of 1954 and all of 1955, but come 1956, after Mercedes had quit and the 250F was treated to a heaping helping of upgrades including lighter, stiffer chassis and 5-speed manual transmissions, the car was competitive once more, with new hire Stirling Moss winning Monaco and Monza to propel himself to second in the final championship standings behind Fangio.

The following year, Moss was off to Vanwall, and Maserati re-hired Fangio to take his place. The Argentine dutifully drove the 250F – now powered by a 2.5L V12, replacing the same-displacement straight-six – to victory in four of the seven races (eight if you count the Indy 500, which awarded world championship points between 1950 and ’60), including the German Grand Prix at the Nürburgring in astonishing fashion (coming from third place, 50 seconds out of the lead to win by three seconds in the space of 10 laps) for his 24th and last win and fifth world championship.

The Maserati factory left F1 following the 1957 season due to cost concerns, but privately-entered 250Fs continued to compete through 1960. Additionally, updated and enlarged versions of the later 250F’s V12 were used by the Cooper team between 1966 and ’69; John Surtees won the last race of 1966 in Mexico City, while Pedro Rodriguez won the 1967 season-opener at Kyalami, South Africa, scoring what would prove to be the final F1 wins for both the Cooper and Maserati nameplates. 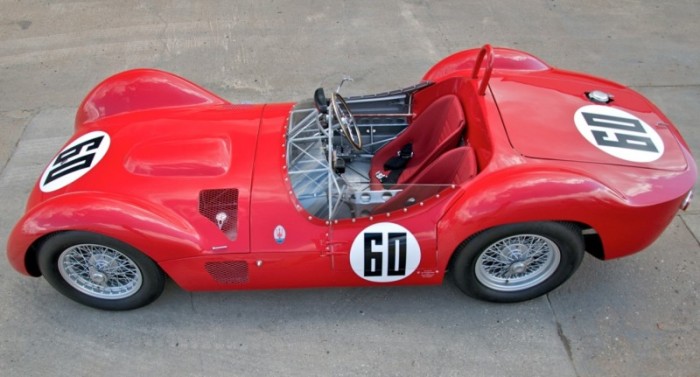 It’s not often that a car is better known by its nickname than its actual name, but that’s certainly the case with the Maserati Tipo 61 “Birdcage.” So named for the intricate tubular steel space frame that extended into the front of the cockpit, this front-engine sports prototype was an evolution of the Tipo 60, with the notable addition of a larger 250 horsepower 2.9L inline-four taking the place of the Tipo 60’s 200 horsepower 2.0L four. These shapely 177 mph roadsters (of which just 16 were built between 1959 and ’61) never won the 24 Hours of Le Mans, but Tipo 61s entered by American Lloyd “Lucky” Casner’s Camoradi team won the Nürburgring 1000 Kilometers in 1960 and ’61. 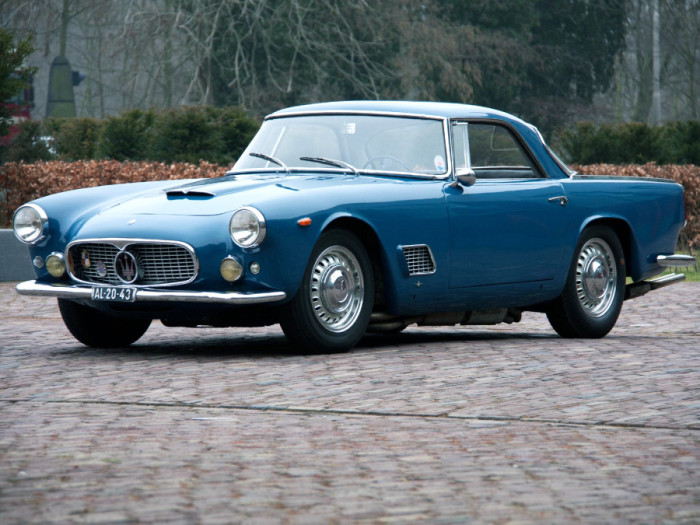 After spending its first 43 years in business as a builder of race cars and limited-production specialty road cars, Maserati decided to move (ever so slightly) toward high-volume production by introducing the 3500GT. Powered by a racing-derived 3.5L inline-six, this gorgeous Touring-bodied 2+2 wasn’t as fast as a comparable Ferrari, but it was considerably more civilized. And later upgrades, such asfront disc brakes, a limited-slip differential, a ZF 5-speed manual transmission and fuel injection (that last feature being an Italian production car first) made the 3500GT and its even rarer Vignale-built roadster sibling, the 3500 GT Spyder, even more delightful to drive. 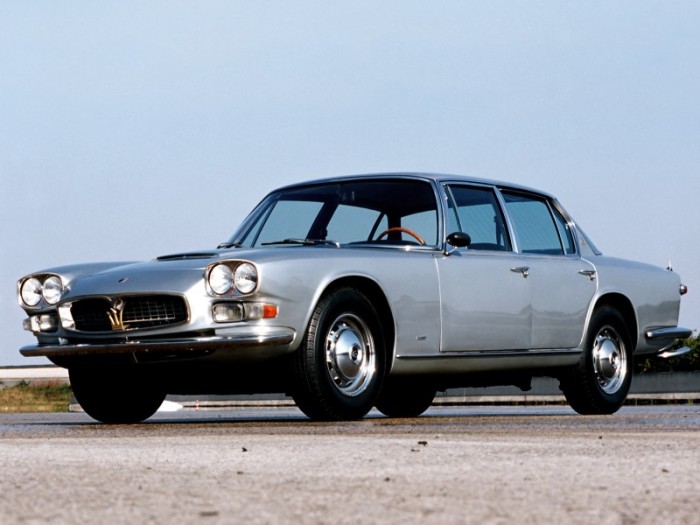 In a bid to broaden the brand’s appeal, Maserati introduced its first four-door production model, the Quattroporte (literally “four doors” in Italian) in 1963. With room for five (or four, depending on which rear seat configuration was ordered) and a 256 horsepower 4.1L V8 under the hood (later supplanted by a 295 horsepower 4.7L version), the first-generation Quattroporte proved to the world that luxurious and speedy executive sedans weren’t the exclusive domain of the Germans and the Brits.

The second half of the 1960s marked the beginning of the end of the front-engine supercar’s reign. However, there were some iconic powerplant-forward designs released around this time. The Maserati Ghibli was one such automobile. The standard Ghibli – with a long, low nose and fastback roof penned by an up-and-coming young Ghia employee named Giorgetto Giugiaro – had no trouble getting itself moving with a 310 horsepower 4.7L V8. But it was the Ghibli SS and its 4.9L V8 rated at 335 horsepower that really set the pulse racing. And if your tastes craved something even spicier, the company also made 125 two-seat convertible Ghibli Spyders, 25 of which were SS-spec. 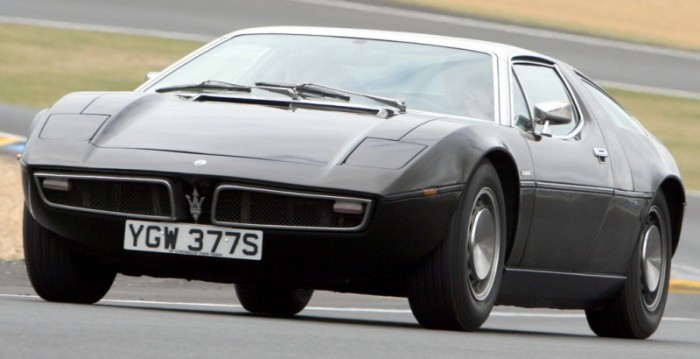 Maserati didn’t have to go all-out with its first mid-engine production model to create a memorable vehicle, but we think it absolutely did with the Bora, which arrived in 1971. The 4.7L and 4.9L V8s were carried over mostly unchanged from the Ghibli, but the rather futuristic styling (one of the first big projects to emerge from Giorgetto Giugiaro’s then-fledgling Italdesign studio) with a stainless-steel-skinned roof, fully-independent suspension, a decently-sized front trunk, and not only a tilting and telescoping steering column, but also a pedal cluster that could be moved fore and aft hydraulically. The latter system was a contribution of the hydraulic experts at Citroen, who were the majority owners of Maserati from 1968 to ’75. 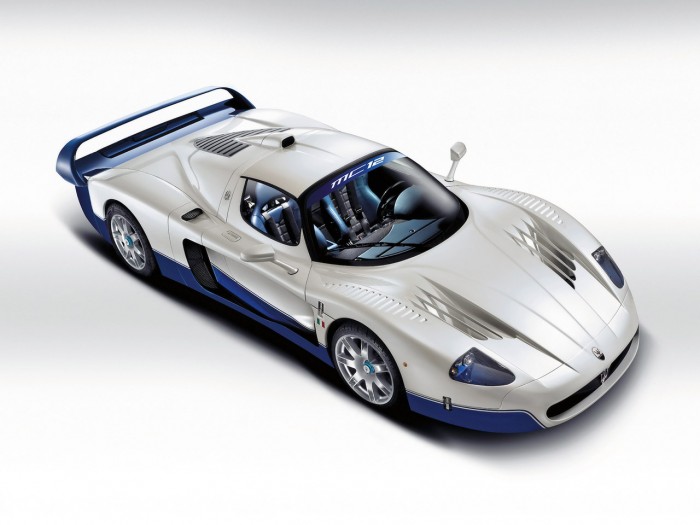 After bouncing from owner to owner and releasing dud after dud through the latter half of the 1970s, all of the ‘80s and the opening stanza of the ‘90s, Maserati was finally on solid financial and managerial ground; unfortunately for purists, that stability came at the expense of becoming part of the Fiat empire, which promptly teamed the brand with former nemesis Ferrari. One could argue that the most notable case of cross-pollination came in the form of the MC12, a shapely supercar that was, for all intents and purposes, a rebodied Enzo Ferrari (right down to the screaming 6.0L V12) with a removable roof panel. Just 50 were produced over two model years (2004 and 2005), and all were white over blue lower and rear striping and blue interiors (though some have since been repainted and/or reupholstered).

However, there was a method to this madness: Maserati intended to take the MC12 GT1 racing, where it would battle the likes of the Aston Martin DBR9, Chevrolet Corvette C5.R and C6.R, Saleen S7R and, strangely enough, cars based on the Ferrari 550 Maranello and 575M (the former were built by Prodrive and approved by – but not supported by – Ferrari). Unfortunately, the MC12’s outsized exterior dimensions made it ineligible for the 24 Hours of Le Mans, though it was able to dominate the FIA GT Championship over the span of a few years, and had some decent runs in the American Le Mans Series (though it was ineligible to score points and had to run a substantial weight penalty due to the aforementioned largeness). 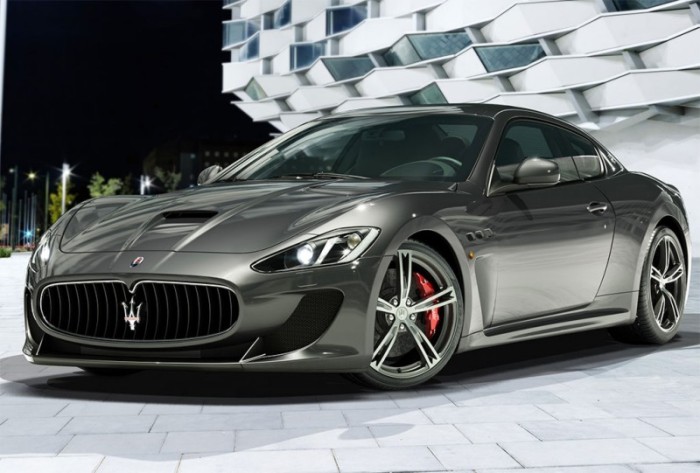 While not the fastest or most powerful grand tourer on the market today (Being under the same corporate umbrella as Ferrari will do that.), the Maserati GranTurismo MC Stradaleis nevertheless an enticing automobile. With goodies like special bodywork inspired by the GranTurismo GT4 race car, firmer suspension, lightweight carbon fiber front seats trimmed in Poltrona Frau leather and Alcantara, carbon-ceramic brakes, a 6-speed paddle shift transmission that changes gear in as little as 60 milliseconds and a sonorous 4.7L V8 putting out 454 horsepower, this limited edition super coupe looks, feels, sounds and performs like a proper Maserati, attributes that bode well for the brand as it begins its second century of existence.