The Top 10 Japanese Pocket Rockets of All Time

For performance enthusiasts on a budget, the “pocket rocket” – a compact, small-engined runabout tuned to strike a balance between performance and practicality – is manna from motoring heaven. And few nations have made as many of those over the years as Japan. The island nation’s automakers turned Americans on to affordable, quality compacts during the energy crisis of the 1970s, and in the 1980s, started turning us on to affordable, quality compacts that were fun to drive.

But which Japanese pocket rockets had the biggest impact on the enthusiast community? Well, we’ve tried to narrow that list down to the top 10 contenders for the title of best all time, though we’ll stop short of naming a number one, since we’re going to be getting enough flack for leaving so-and-so off the following list. Note, too, that we’ve limited the criteria to fixed-roof cars that have more than two seats and were available new in the U.S.; in other words, no whining about gems like the MR2, Miata, Civic Type R and Pulsar GTi-R not making the cut. Yes, we realize that makes the title more than a little misleading, but making a more accurate one would have made for a long-ass title, wouldn’t it? With that out of the way, here are our picks.

Just as the ’32 Ford V8 helped launch the hot rod movement, the AE86-chassis Toyota Corolla played a key role in the foundation of drifting. Toyota’s last rear-drive small passenger car (prior to the GT 86/Scion FR-S, of course) didn’t get a whole lot of attention when it was new, but today this simple, nimble tail-wagger is highly prized, particularly the top-spec-for-this-market GT-S with its DOHC engine and sport suspension tuning. 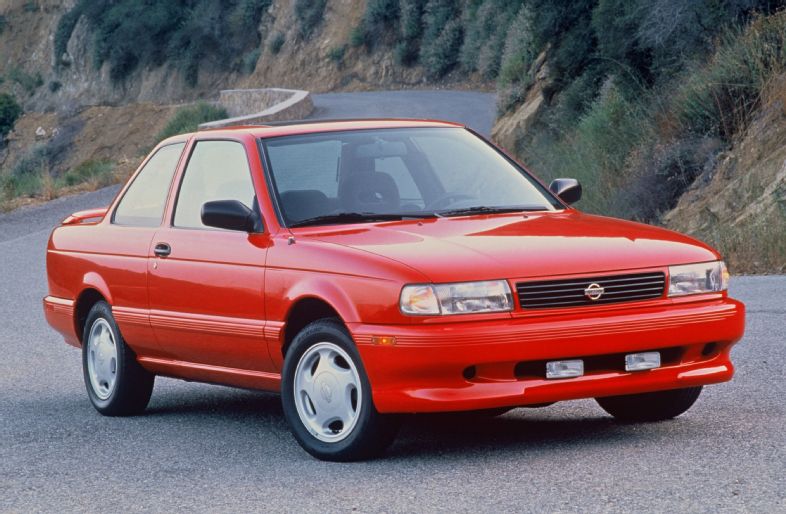 The original Nissan Sentra SE-R (codenamed B13) was, if nothing else, a love letter to the original Datsun 510. The rather harmless looking three-box silhouette, the willing four-cylinder engine, and the eminently chuckable handling demeanor all pointed to the iconic Dime. Sure, it was front-wheel drive where the Datsun was a rear-driver, but with 140hp from the SR20DE and a limited-slip diff, you weren’t really bothered by that fact (unless you were hell-bent on powersliding shenanigans, in which case you were out of luck). 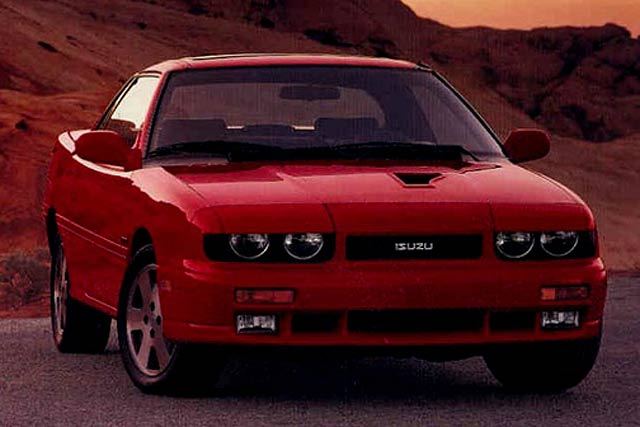 Considering how relatively brief the period Isuzu sold self-badged vehicles in this country was (Various Isuzus were sold as Chevrolets, Geos, Hondas, Acuras and even Opels in the U.S.), it’s remarkable how many nifty vehicles it managed to funnel into its dealerships. One that is forgotten by most is the second generation Impulse, specifically the RS Turbo AWD. With a peppy turbo four-banger under the hood, suspension tuning by none other than Lotus (which was owned by GM at the time, as was most of Isuzu), and all four tires clawing at the road, this admittedly wonky-looking coupe was (and is, provided you can find one) capable of some frankly surprising feats. 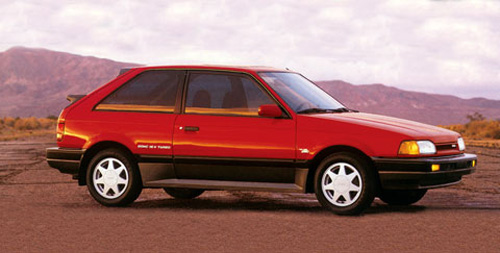 When the FIA decreed that cars contesting the 1988 World Rally Championship would have to meet its Group A homologation criteria, Mazda responded with the 323 GTX. Using the 323 hatchback as a starting point, Mazda engineers fitted an AWD system with a locking center differential, and endowed the standard car’s 1.6L SOHC four with a twin-cam, 16-valve head and an intercooled turbocharger, bumping output to 132hp. Couple that with a 2,600 lb. curb weight and you have a fun little gravel-flinger. 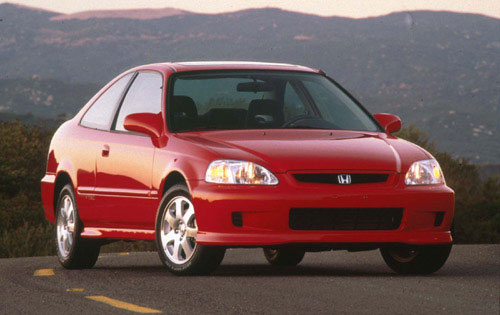 While we’ve never gotten the Civic Type R here in the States, most iterations of the Civic Si have been pretty badass in their own right. But the model really came into its own with the fourth generation EM1 model. This coupe-only job was the first American Si to be fitted with Honda’s fabled B-series engine, a DOHC VTEC 1.6L unit yielding 160hp. Naturally, the chassis was also tweaked to improve response. Three generations and tens of thousands of sales later, the Si is still a major player in the sport compact segment. 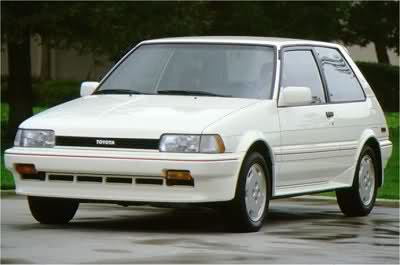 One would be forgiven for assuming that the end of AE86 production marked the end of sporty Corolla production. As it turns out, one would also be wrong, for there’s been at least one front-drive Corolla that didn’t forget about driving fun. The FX16 GT-S may have had just 108hp from a twin-cam 1.6L four, but it also had a serious fully-independent suspension system (complete with front and rear anti-roll bars), four-wheel disc brakes, and weighed about 2,300 lb. with a 5-speed manual transmission. In short, it was the drunk-as-a-skunk head cheerleader to the new Corolla’s narcoleptic nun. 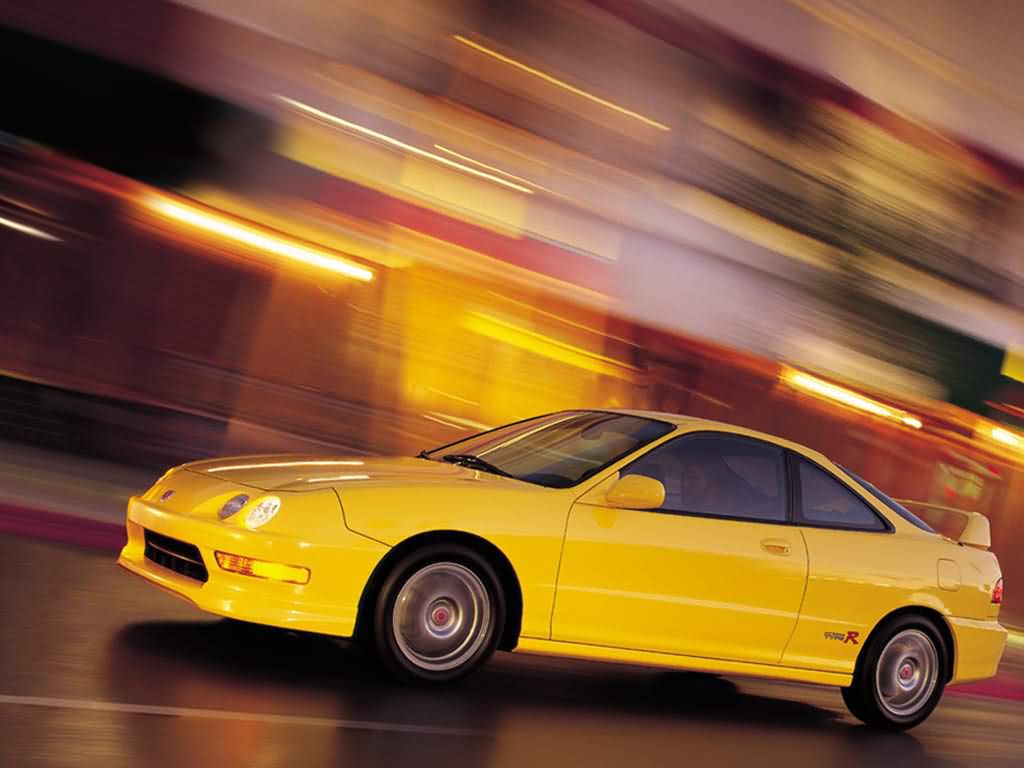 When boy racers slap the suffix of your high performance models onto anything with four wheels and an engine (No, you’re not fooling anyone, Mr. “Ford Festiva Type R” owner.), you know you’re doing something right. Such is the case with the Acura Integra Type R, known to the rest of the world as a Honda. The 1.8L VTEC mill screams like a howler monkey with its nads in a vise on its way to the 195hp power peak and 8,400 rpm redline, while the superbly-sorted chassis makes all but the most hopeless pilots look like driving prodigies. Grab an unmolested one before prices go truly cray-cray. 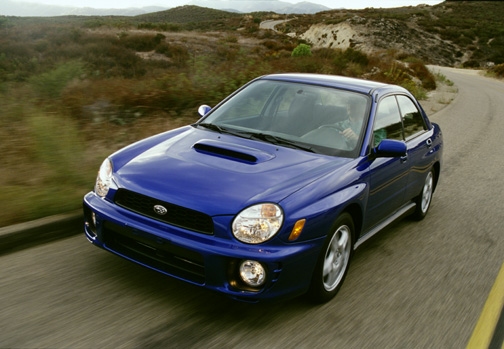 It took some pestering from its American brand loyalists and players of video games like Gran Turismo, but Subaru finally brought the turbocharged Impreza WRX stateside in 2002. And boy, was it worth the wait. The 227hp turbo’d 2.0L flat-four, upgraded suspension and AWD system made for a vehicle capable of slaying cars packing much more muscle and costing much more. Yes, later WRXs are more powerful, but also bigger, heavier and softer-edged than the anime-eyed original. 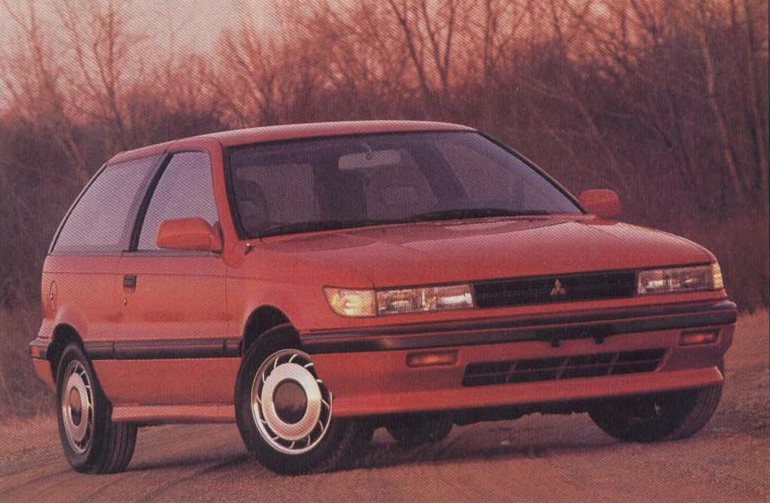 Like Isuzu, Mitsubishi got its start in this country by building cars and trucks for another company (in Mitsu’s case, Chrysler) to re-badge and sell. But the firm soon began to establish its own identity here, doing so in large parts with sporting machines like the Starion and Eclipse. But there was another speedy Diamond Star that few people remember: The Mirage Turbo. This hatchback-only number (which was also offered as the Dodge Colt GT) packed a beefier suspension, 5-speed manual and a special twin-cam turbo version of the regular Mirage’s 1.6L four rated at 135hp. This rare runabout helped pave the way for another compact powerhouse from Mitsubishi, the Lancer Evolution. Perhaps you’ve heard of it? 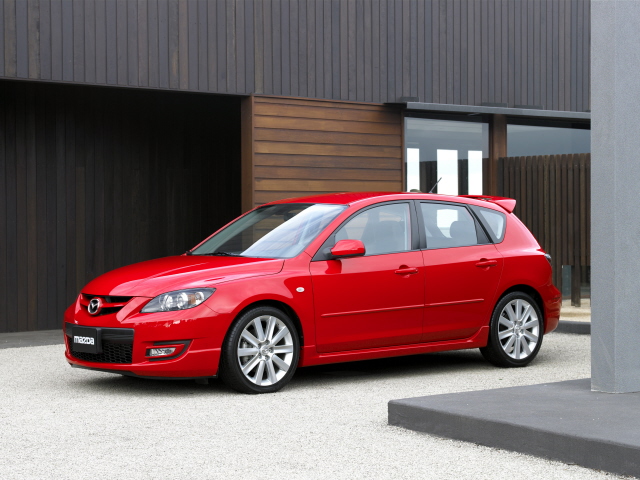 In many respects, the Mazdaspeed3 is the successor to the 323 GTX. Both are fairly harmless looking hatchbacks hiding brawny turbocharged engines and aggressive chassis tuning. The thrusty 3, however, has some key differences: Five doors instead of three, and FWD instead of AWD, but also 263hp instead of 132. Whether you pick the stealthy first gen or the hood-scooped, Joker-faced second gen, you’re guaranteed to have a hoot-and-a-half behind the wheel.