With the Holiday Season well and truly upon us, many of us are once again faced with the prospect of traveling significant distances to be with loved ones. And while flying might be the most time-efficient option for journeys in excess of a few hundred miles, and trains let you sit back and enjoy the scenery, driving is still the best choice for many Yuletide migrants. And the recent fracas over government-sanctioned stranger danger has no doubt added to those ranks.

But making the trip over the river and through the woods to Grandmother’s house doesn’t have to be conducted at the tiller of a minivan, car-based crossover or some other transportation appliance that’s incapable of melting a snowball, never mind its own tires. Yes, Virginia, you can most definitely roll in something that’s naughty enough to be nice, yet can still serve your people- and gift-schlepping needs. Here are 10 of our faves. 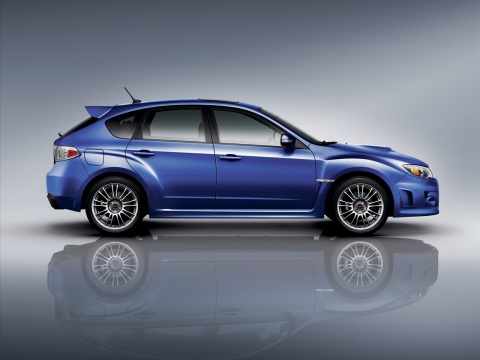 While numerous car geeks prefer the rival Mitsubishi Lancer Evolution for its arguably sharper, edgier driving dynamics, the Pleiades posse has at least one notable advantage over the Diamond Star squad: The availability of a hatchback body style on the top performance model (Mitsu buyers wanting five-doors have to settle for the milder Lancer Ralliart.). No wonder the Scooby is approved by the No Present Left Behind program.

And in case you’re wondering, it also trumps the Mitsubishi under the hood: 305hp from its turbocharged 2.5L flat-four, versus 291hp from the Evo’s 2.0L inline-four. Couple that with blizzard-busting AWD and you just might start telling kids Santa’s sleigh is actually painted Rally Blue Mica. 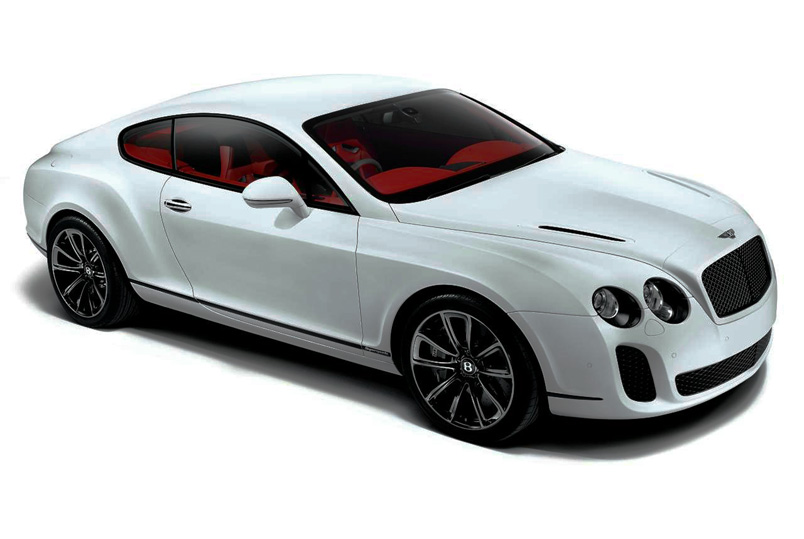 Sometimes even the super wealthy have to make do with driving to their holiday destinations, but they certainly don’t have settle for the sort of vehicles people of more modest means might buy. One such car is the Bentley Continental Supersports.

The twin-turbo 6.0L W12 musters enough muscle (621hp, 590 lb.-ft of torque) and luxury to please just about any plutocrat. But you also get the practicality of a usable-sized back seat and trunk, plus all-wheel drive to make drifting around the snow drifts a walk in the park, and you can choose a coupe or convertible. What more could you ask for from a $270k-ish car? 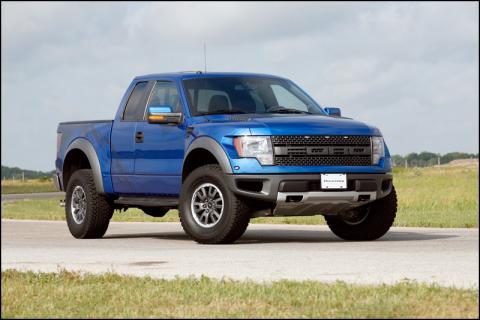 While mere passenger cars can handle a dusting of snow, larger doses of powder require genuine 4x4s. And 4x4s don’t get much more genuine than Ford’s desert-racer-with-a-window-sticker, the SVT Raptor. But what if you feel not even the 411hp served up by the new 6.2L V8 is adequate? What if you wanted the horsepower say, oh, nearly doubled? The good news is Hennessey has a solution: The VelociRaptor 800 package.

By adding, among other things, a pair of turbochargers to the 6.2, HPE manages to goose the engine up to 810hp(!) and 745 lb.-ft. Combine that with the stock Raptor’s Fox Racing Shox and electronically-controlled low-range transfer case and you have a vehicle that’s capable of literally dashing through the snow (or over it, if that’s your thing). 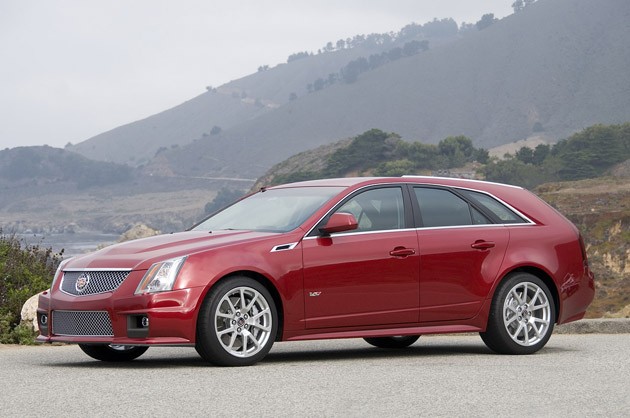 Sometimes it seems like every corner of the world bar North America is spoiled for choice when it comes to hot station wagons. Luckily, Cadillac appears to have put us on the “good” list this year, as it has decided to sell the kooky CTS-V Sport Wagon (which is aimed primarily at the European market and stalwarts like the BMW M5 Touring, Mercedes-Benz E63 AMG Estate and Audi RS6 Avant) at home.

Like the sedan and coupe with which it shares countless skeletal bits, the Sport Wagon has a supercharged 6.2L V8 producing 556hp living under a hood that bulges just slightly less than St. Nick’s gut. That power gets routed to the rear wheels via your choice of an automatic or (Joy to the world!) manual transmission, both with six forward gears. Sure, rear drive and massive power can be problematic in the snow, but that’s what tire chains, traction control and good ol’ driving skill are for, Nancyboy. 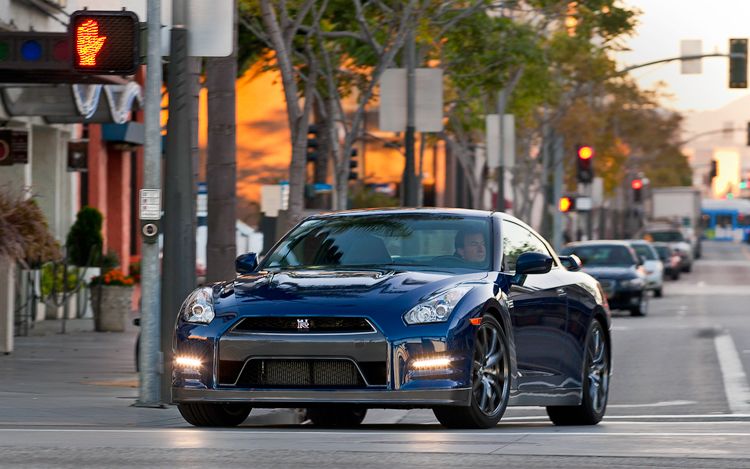 There are many famous characters of winter lore: Jack Frost. Rudolph the Red Nosed Reindeer. Frosty the Snowman. And who can forget Hanukah Harry? Now we propose adding another name to that roll call: Godzilla. No, not the giant lizard who gets his jollies squashing Japanese metropolises (metropoli?), but the car that has been nicknamed for him, the Nissan GT-R.

With performance that is every bit as blistering as a Porsche 911 Turbo, but at a discount that is the super coupe equivalent of buying store brand breakfast cereal, the GT-R represents the high water mark for hi-fi Japanese production cars. (Sorry, Lexus LFA.) And with the 2012 edition set to raise that mark even higher thanks to the 3.8L twin-turbo V6 being uprated to 530hp to go with the existing trick AWD system and dual-clutch transmission, you can be sure the GT-R will be faster than any sleigh ride short of the flying reindeer- and/or JATO-powered variety. 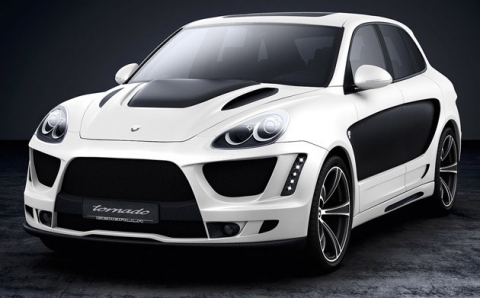 The Porsche Cayenne Turbo is already about as extreme as stock SUVs get, what with its twin-turbo 500hp 4.8L V8, eight-speed automatic transmission and Newton-debunking agility. But extreme is seldom good enough for Gemballa. No surprise, then, that the German tuner wants to take Porsche’s newest pepper to the next level by way of the Tornado and, at the same time, show the world that the company intends to press on after the apparent murder of founder Uwe Gemballa in South Africa not so long ago.

The wild widebody kit will be constructed almost entirely of carbon fiber, and actually trim about 150 pounds from the overall weight. The Tornado will also be fitted with the company’s Stage 2 turbo kit, which will serve up 700hp and, presumably, enough torque to tow a full-scale gingerbread house. And that counts for something, right? 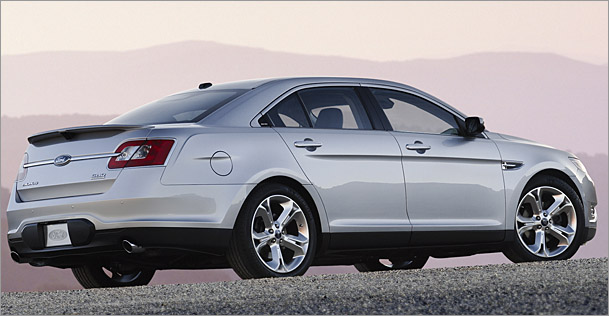 Most people today consider the traditional American sedan to be dead. Assuming their definition of “traditional” includes a big V8 and a separate chassis then yes, the classic formula has indeed disappeared. But large-ish four doors are still being made, and Ford’s latest Taurus is a pretty nice one.

Of course it’s one thing to drive an average, softly-sprung, front-drive Taurus with the base V6; it’s a whole other carton of eggnog to drive the wild child SHO version with AWD, sport suspension and a 3.5L twin-turbo V6 putting down 365hp. Couple that with plenty of room for five and a trunk that can seemingly swallow a whole Tannenbaum with all the trimmings and you have the ultimate modern red, white and blue interstate cruiser with a ‘tude. 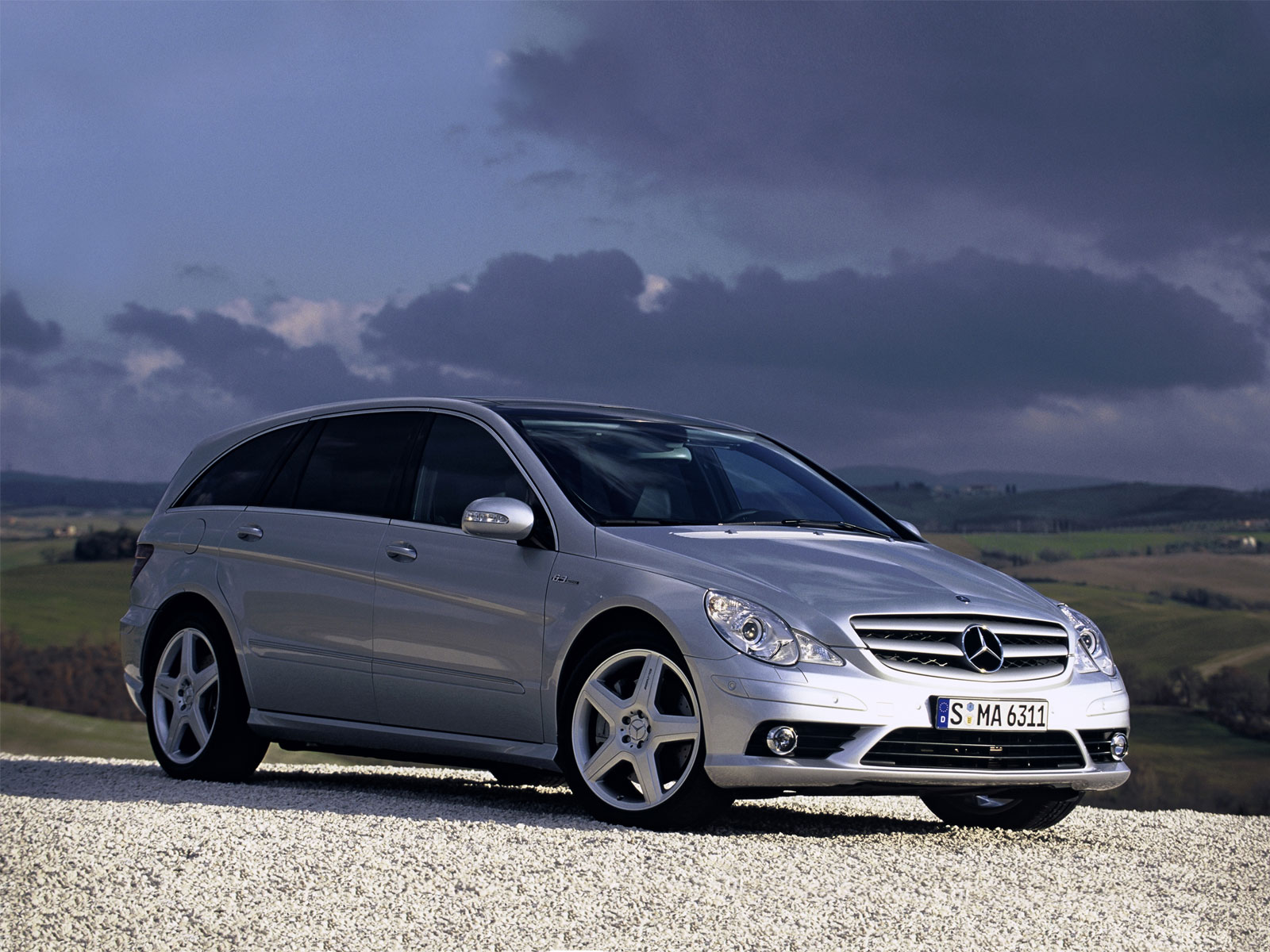 Remember how we said you didn’t have to settle for a car-based crossover as your sled this season? You don’t, because the R-Class is based on the same truck-ish (unibody though it may be) platform as the ML- and GL-Classes. Another way to show the world you think run-of-the-mill peoplemovers are a bunch of humbug? Drive the AMG version of the R-Class.

Sadly, the R63 AMG was only available in the 2007 model year, and they don’t exactly grow on trees (partridge-infested pear ones included), but between its 503hp 6.2L V8, seating for six and ground-hugging (by mom taxi standards, anyway) stance, it’s definitely worth keeping an eye out for one, if only so you can buy it and transform your drive through the neighborhood to look at Christmas lights into a multicolor re-enactment of the jump to hyperspace scene in Star Wars. (Not that we condone speeding in residential areas…or on any roads…obviously.) 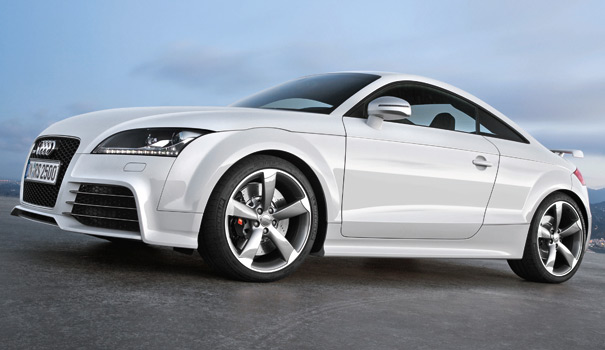 If your holiday commute involves lots of mountain switchbacks dusted with snow and ice, you want a car that can handle the treacherous conditions while still being able to take advantage of the sublime road. If only there was a car capable of fulfilling those criteria and getting you to the cabin/ski resort/whatever in style…

Turns out Audi has just such a car in the form of the TT-RS. Heavily inspired by the company’s rally cars of the ‘80s, this hottest TT of all – which isn’t available in the U.S. just yet – has a (literally) barking mad turbo’d 2.5L straight-five making 340hp and sends it to a six-speed manual and quattro AWD. Drive it enough and you might start requesting your packages be addressed to “Hannu” or “Stig” instead of the name your momma gave you. 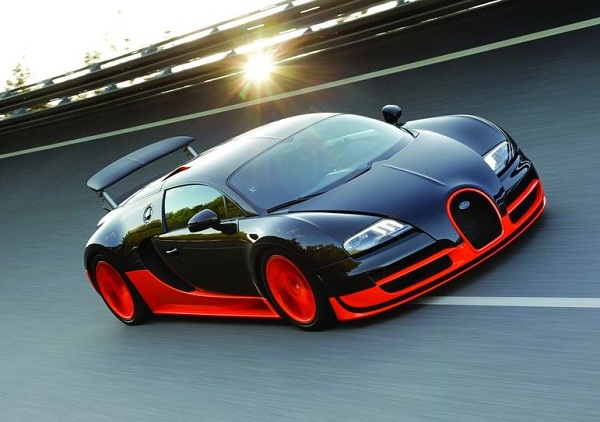 Picture this: You’re unable to get off work until the 23rd, and your family lives on the opposite coast. Amtrak would be way too slow, and you’ve been absolutely petrified of flying ever since your grandpa accidentally flew his radio-control P-51 Mustang model into you when you were four, leaving a large rotating-propeller-shaped scar on your lower back (The fact that it’s gotten you a seemingly endless supply of tail is irrelevant in this situation.). What to do?

Well, if you have about $2.5 million to spare (And who doesn’t these days?), you could get thee to the nearest Bugatti retailer, sign on the dotted line for a 1,200hp Veyron Super Sport, plug in your radar detector (unless you’re in Virginia), aim the nose west or east depending on your starting point, and hold on tight on the way up to its 258 mph V-max. Sure, such a quest would be very illegal, and you could easily wind up very dead (especially if your surname is Kowalski and your Bug’s exterior is all white), but if you survive and don’t spend X-mas in Sing-Sing, you’ll finally have a dinner table story that can trump anything your smug brother-in-law can regale. And as the company whose name rhymes with blasterlard likes to say, that’s priceless.