The Top 10 German Sport Sedans of All Time

While out-and-out sports cars are the vanguard of driving fun, they aren’t particularly family-friendly. Two-doors, usually two seats (and in the instances where there are more than two seats, those extra ones are seldom comfortable or acceptable for anyone larger than an infant in a safety seat), low seating positions and trunks that are generally not large enough to house a stroller and a diaper bag (not at the same time, anyway) are a rather hard sell for the family man.

Luckily, sport sedans are a viable alternative to the traditional sports car, and no nation does sport sedans like Germany. Sure, the Brits, Japanese, Americans and now even the Koreans are making some damn good sport sedans. But on a per capita basis, the Fatherland has led the world in muscular more-doors for decades. Of course, some of these loony Limosinen are more lustworthy than others. Here are our ten favorites, past and present. (Note that we’re excluding aftermarket tuner cars.) 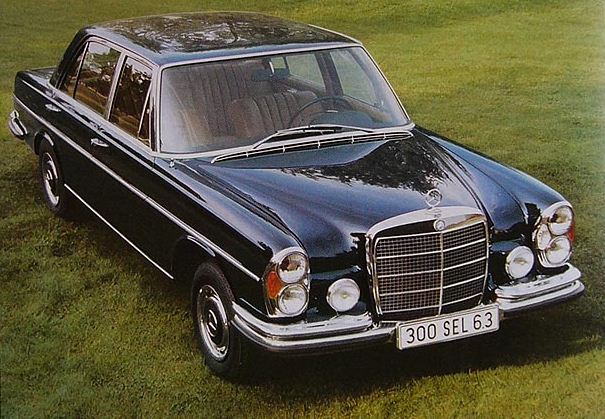 The traditional muscle car formula is brilliant in its simplicity: Take a big engine from your big car line and drop it into one of your bodies that’s a size or two smaller. Mercedes-Benz engineer Erich Waxenberger was apparently well aware of this when, on his own time, he took a 6.3L M100 V8 out of the despot-tastic 600 (chassis code W100) super-luxury car and plopped it in a long wheelbase W108 S-Class. Management got wind of the project, fell in love with it, and put it into production as the 300SEL 6.3. The sumptuous interior, timeless Paul Bracq-penned lines and hooligan performance afforded by the 300hp V8 serve up the kind of cognitive dissonance that can only appropriately be answered with movie-villain-grade maniacal cackling (as it should be). 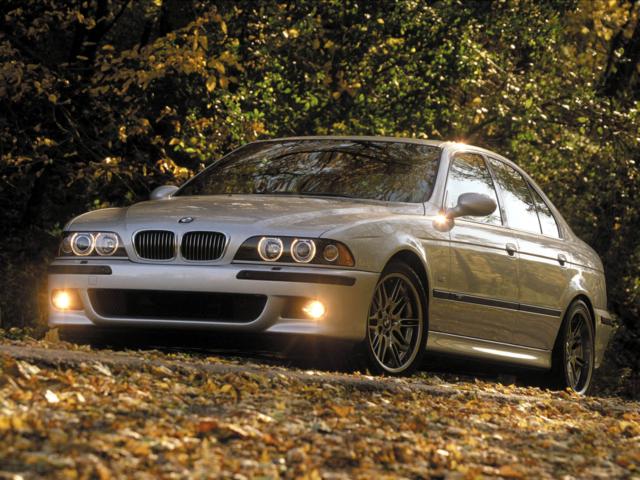 When BMW rolled out the third generation M5 on the E39 5 Series platform, some purists were aghast that the sinewy, snarling straight-sixes of its predecessors had been replaced by a V8. Oh, but what a V8 it was; the 4.9L S62 produced 394hp in U.S. specification and was matched with a 6-speed manual transmission and a thoroughly reengineered suspension system. Calling it a track star in a three-piece suit would be about as apt a description as any. 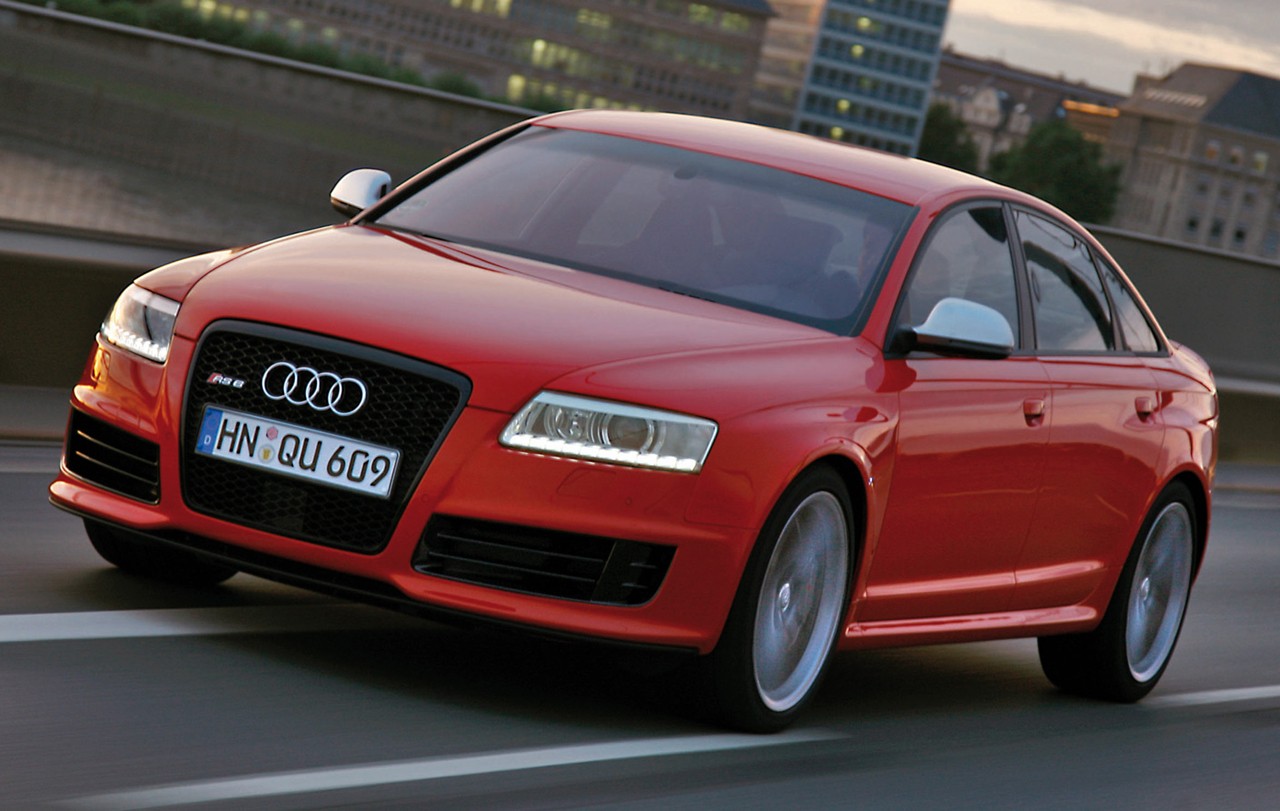 The last generation Audi S6 (based on VW/Audi’s C6 platform) was a legit hot rod, what with its detuned Lamborghini Gallardo 5.2L V10 under the hood and everything. But it wasn’t the hottest mid-size Audi under the sun; no, that honor was reserved for the RS6, which featured a slightly smaller 5.0L V10 breathing through twin turbochargers and kicking out 571hp. Sadly, rumors of eventual U.S. availability never came true, meaning your best chance to drive one (outside a video game) is on a European holiday. 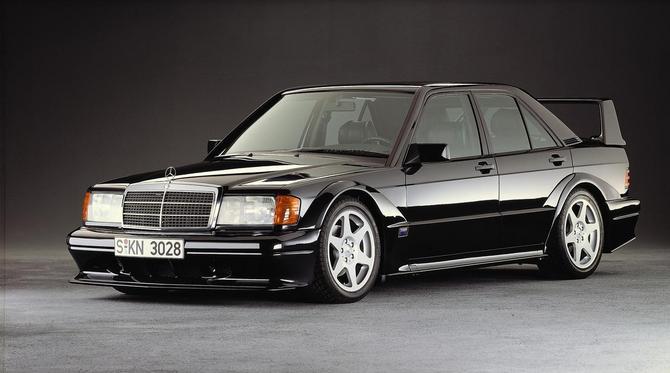 Another spicy schnitzel that never made the transatlantic crossing was Mercedes-Benz’s most outrageous German Touring Car Championship (DTM) homologation model, the 190E 2.5-16 Evo II. Oh sure, we got the original 190E 2.3-16, complete with its 2.3L inline-four with a Cosworth-designed twin cam, 16-valve head and dogleg-pattern 5-speed manual transmission. But the ultimate W201, with its wild body kit, 17” wheels and big-banger 2.5L engine making 233hp? Noooo… 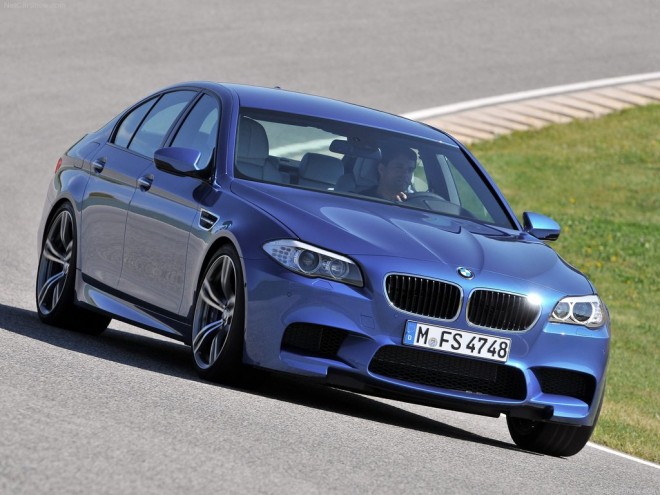 A large percentage of petrolheads (ourselves included) lament the apparent acceleration of larger normally-aspirated engines being replaced by smaller turbocharged or supercharged engines. But when the downsized, forced-induction engine in question revs to 7,200 rpm and makes 560hp like the twin turbo 4.4L V8 in the new BMW M5 does, we have a hard time hating on it. Couple that with a lightning-fast 7-speed double clutch transmission and an M Tuned chassis and you have more than enough to make up for the loss of the previous model’s atmo 5.0L V10 and accompanying siren song. 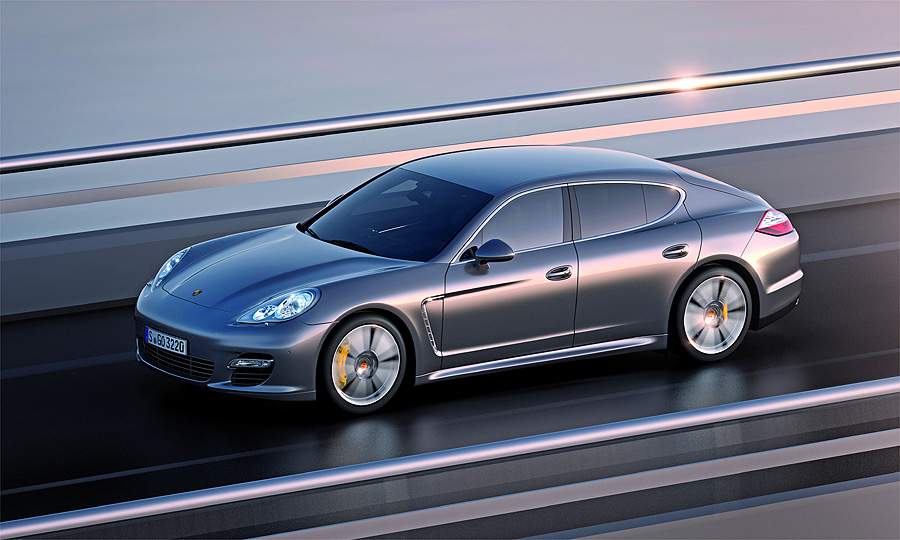 To the disappointment of many, the earth did not open up and swallow the city of Zuffenhausen whole when Porsche began producing its first sedan (or five-door hatchback, if you’re into semantics), the Panamera. Good thing it didn’t, because then the company that made its name building sports cars with booty-mounted boxer engines would have never released the baddest factory Panamera yet, the Turbo S. The standard Turbo’s 4.8L twin-turbo V8 is boosted up to 550hp, and 0 to 60 happens in about three seconds flat en route to a top speed of roughly 195 mph. Sweet, sweet blasphemy… 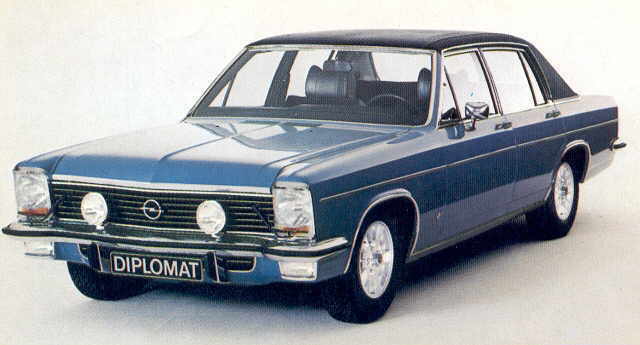 General Motors recently built the 100 millionth example of its Small Block V8 (even though we don’t consider the Gen III and Gen IV LS engines to be part of the same family), and it has been used in just about every GM division worldwide over the years. In the case of Opel it was used in both generations of the brand’s flagship sedan of the 1960s and ‘70s, the Diplomat. Although the first gen model (known as the Diplomat A) featured a 227hp 327 cubic inch (5.4L) V8 and styling and proportions that made it a dead ringer for a 1964 or ’65 Chevelle, the model didn’t truly come of age until the second gen Diplomat (Diplomat B) bowed in 1969. The 327 was unchanged, but the car was slightly smaller for improved agility, and the Powerglide 2-speed automatic transmission was dumped in favor of the more Autobahn-friendly TH350 3-speed auto. If we had to give it a nickname, it would be the Oompahla. 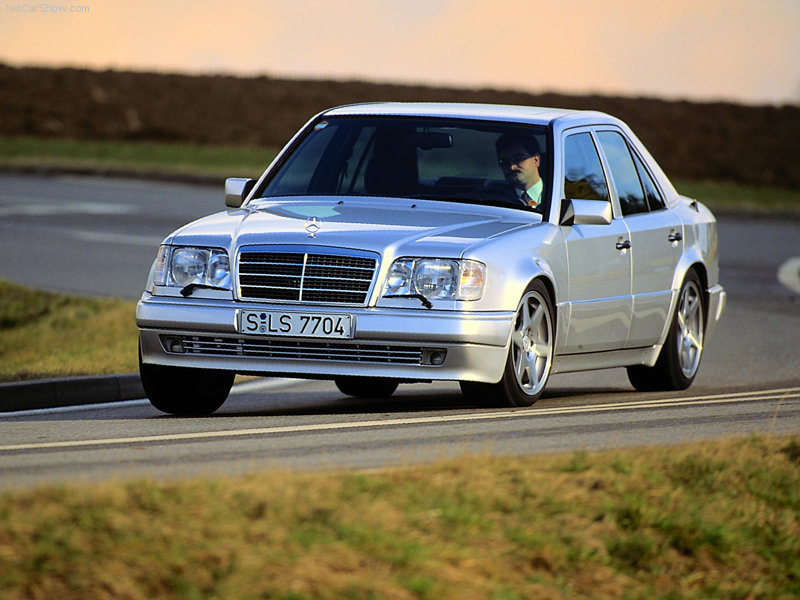 Before Porsche took the sedan plunge with the Panamera, it gave Mercedes-Benz a hand with the engineering and assembly of the hottest factory E-Class of the early ‘90s, the 500E (renamed E500 in 1994). The flared fenders, deeper front valence and individual rear seats were all nice additions, but it was the 5.0L V8 (putting down 322hp) borrowed from the larger S- and SL-Class models that stole all the headlines. It’s fair to say that it (along with the numerous “Hammer” models built by the then-still-independent AMG) helped pave the way for the truly rowdy E55 AMG and E63 AMG models that followed. 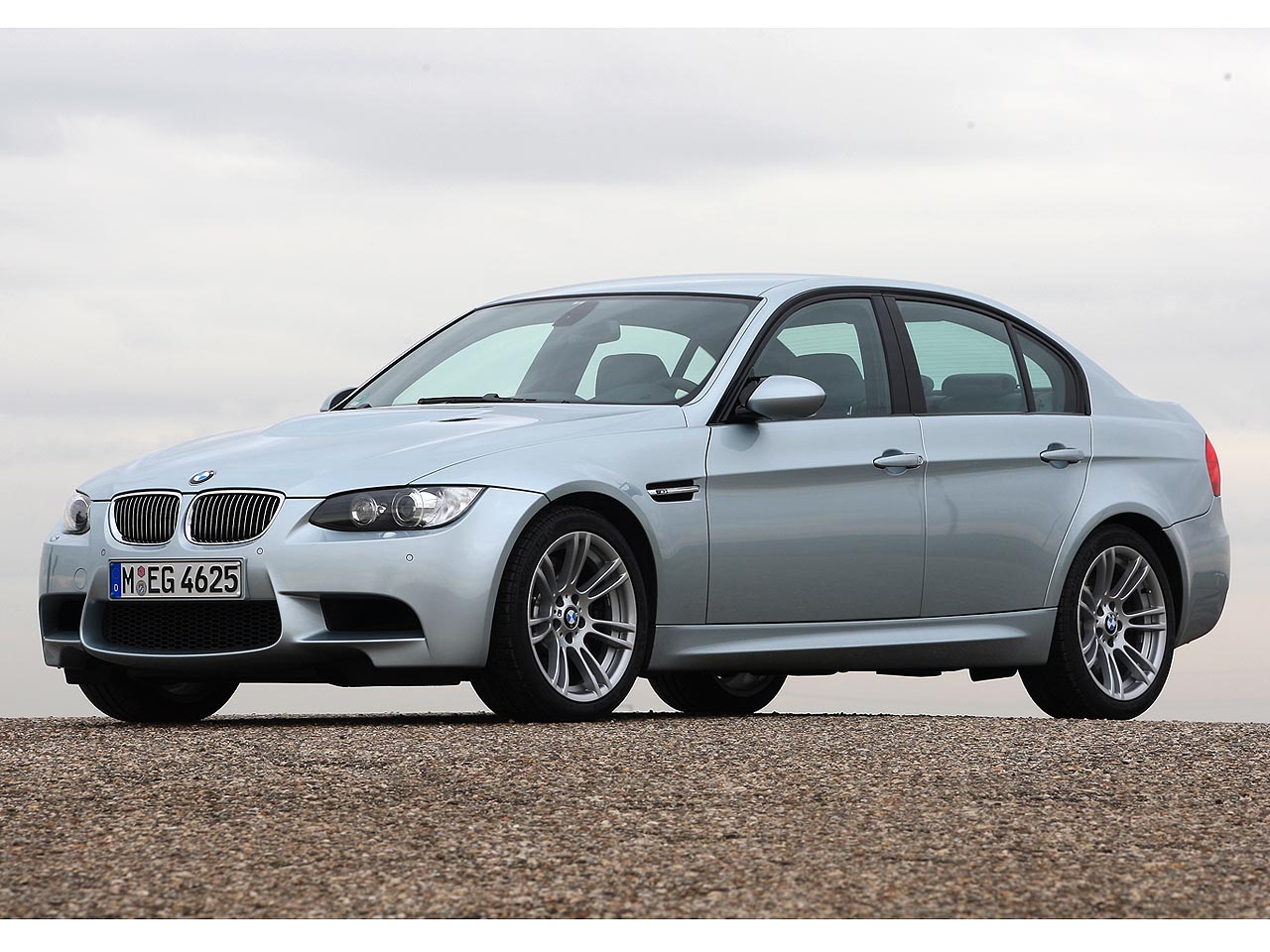 The four-door BMW M3 has been an on-again, off-again affair, and that’s a shame, because the outgoing E90-based M3 sedan is damn-near perfect. The mean front end sheetmetal, the thundering 414hp 4.0L V8, 6-speed manual or 7-speed double clutch transmission, and track-ready suspension, steering and brakes are all shared with the coupe and convertible versions, with the added benefit of two more doors to aid rear seat ingress and egress. You don’t, however, get the coupe’s carbon fiber roof panel. Hey, we did put the “damn-near” qualifier in front of “perfect,” right? 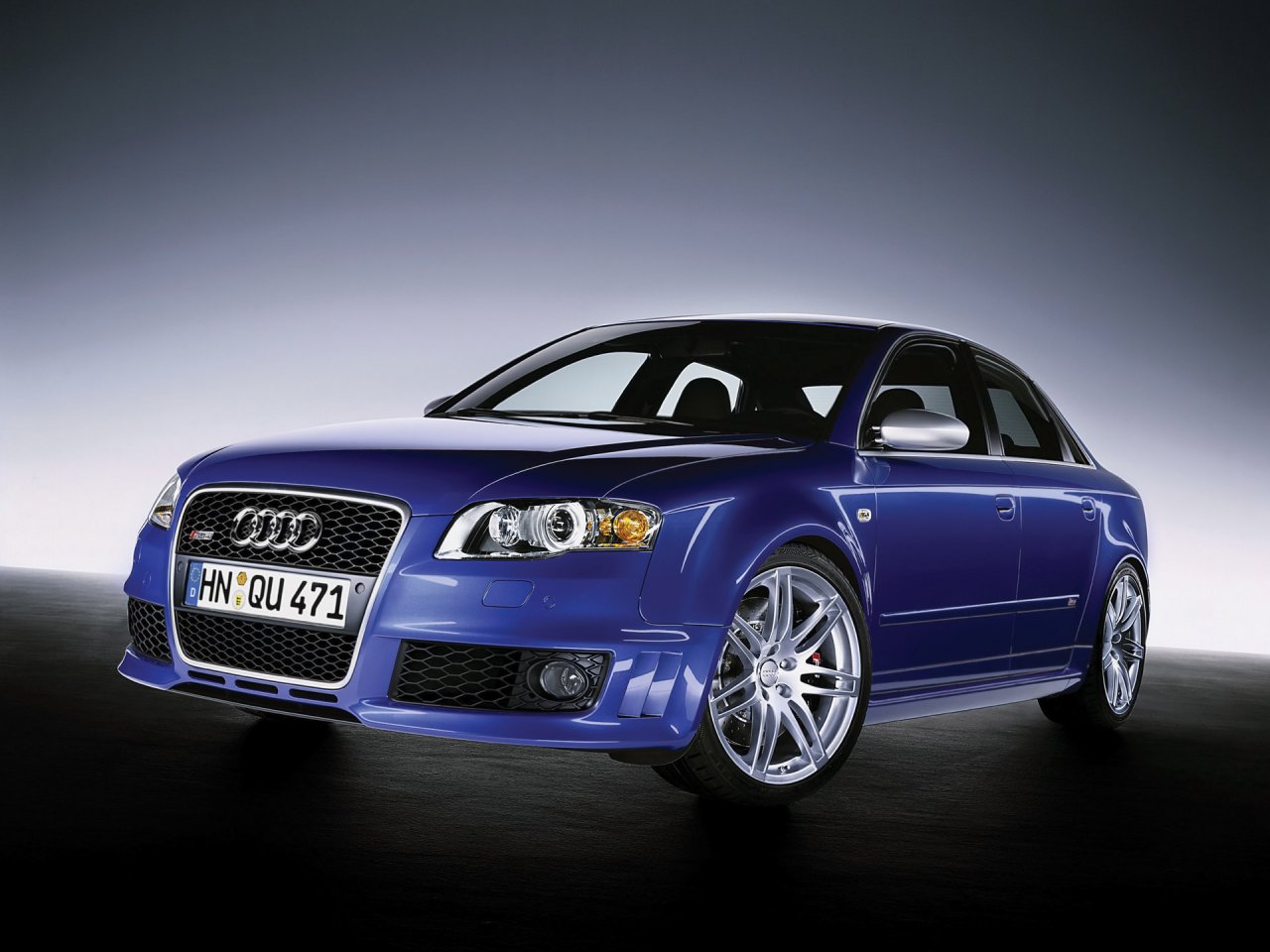 When the B7 generation Audi S4 landed, most people felt that its 4.2L V8 and 340hp provided adequate motive force. Folks who weren’t in that majority, however, were happy to learn that there was also an RS4. It featured a different 4.2L V8 with four (rather than five) valves per cylinder and direct injection, translating to 420hp. If that sounds like the same engine that’s in the base R8, it’s because it is the same engine in the base R8. Throw in bulging fenders, body-hugging seats, even more männlich suspension tuning and a quattro AWD system calibrated for maximum cornering potential and you have a four-season M3 slayer.

Have a favorite that didn’t make the cut? Stump for it in the comments section!