The Top 10 Factory Turbocharged Vehicles You Probably Forgot About

Not to get all “get off my lawn” on you but, in our day, turbocharged vehicles were exceptions to the rule and, therefore, a big deal. So much so, in fact, that “turbo” entered mainstream culture as a synonym for “extreme” or “mighty.” Even personal computer manufacturers got in on the act by labeling the CPU overclock buttons for their products as such.

These days, though, as the auto industry rushes to downsize powerplants, exhaust-driven power-adders are rapidly approaching belly-button-grade ubiquity, draining any and all exotica and specialness out of both the technology and the word. We could protest this by chaining ourselves to the front gate of Honeywell Transportation Systems headquarters, or hand out chintzy-looking red baseball caps with “MAKE TURBOCHARGING GREAT AGAIN” emblazoned in white letters on the front. Instead, we’re going to celebrate the deep cuts from early in the medium’s discography, highlighting 10 vehicles that will make you say, “Wait, you could get THAT with a turbo?” 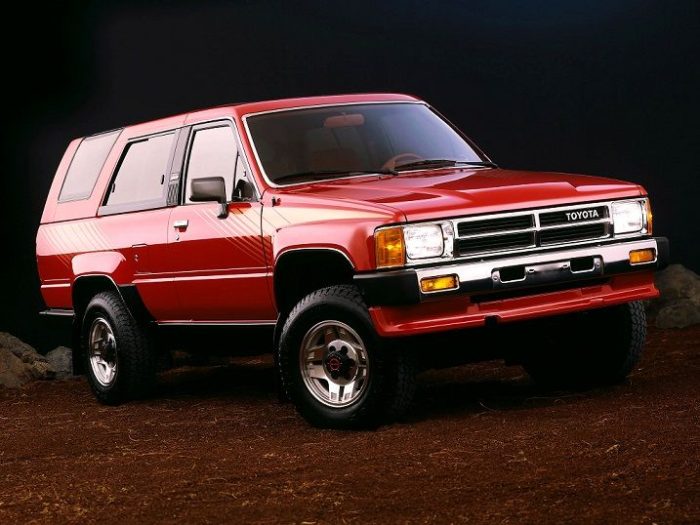 Although Toyota wasn’t having much trouble selling its first mass-produced SUV not named Land Cruiser, the 4Runner, there were people (particularly over here) who wished it had more muscle. Initially, Toyota addressed this with a turbocharged version of the 2.4L 22R-E inline-four, the 22R-TE. From 1986 to ’88, this boosted – to 135 horsepower and 173 lb.-ft of torque – four-banger gave 4Runner buyers more motive moxie for getting over obstacles (not to mention highway merging), plus a stronger rear diff. However, unlike 22R-TE equipped Pickups, the U.S. 4Runner turbo was strictly a 4-speed-automatic-only affair.

Come 1987, Toyota introduced the first V6 4Runner, and although that initial 3.0L 3VZ-E wasn’t as bulletproof as the four, it made slightly more power (145 hp and 180 lb.-ft) with no delay. Consequently, when the engine lineup was pared down for the final year of first-gen 4Runner production (1989), it was the turbo that was left without a chair when the music stopped. 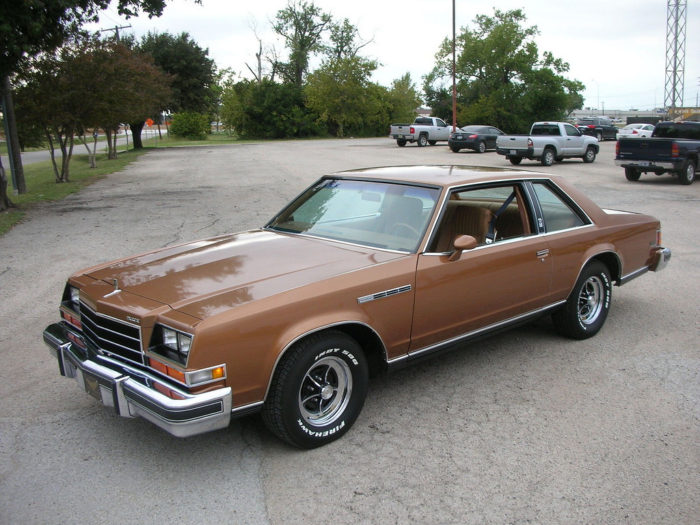 While the Grand National, GNX and other permutations of the Buick Regal powered by the EFI-equipped single-turbo 3.8L V6 were the unlikely performance car heroes of the 1980s, they weren’t the only cars into which our friends in Flint put boosted versions of that engine. The arrival of the downsized 1978 Regal coincided with the introduction of the Regal Sport Coupe with a 3.8L OHV V6 breathing through a turbocharger and either a two- or four-barrel draw-through carburetor (the former of which wasn’t emissions legal in California). Those same engines were also installed in the brand’s other sporty 2-door A-body offering, the ramp-rumped (aside from the ducktail spoiler) Century Turbo Coupe and, somewhat surprisingly, the full-size LeSabre Sport Coupe, giving the stately two-door B-body – which, along with its B- and C-body stablemates, was one year removed from its dramatic downsizing – a noticeable (by Malaise Era standards, anyway) kick in the pants once the boost built up.

Sadly, the Sport Coupe was put out to pasture at the end of the 1980 model year, the same year that the LeSabre family – like the rest of GM’s full-size passenger car line – received a facelift that included a lower hoodline and more upright “formal” rooflines on the sedans and coupes, but well before such things as computerized sequential fuel injection and an intercooler arrived to unlock the 231 cubic inch giant killer’s true potential. Then again, the LeSabre switched to the even-more-downsized front-drive H-platform in 1986, so it wouldn’t have lived long enough to get the most out of the more advanced tech anyway… 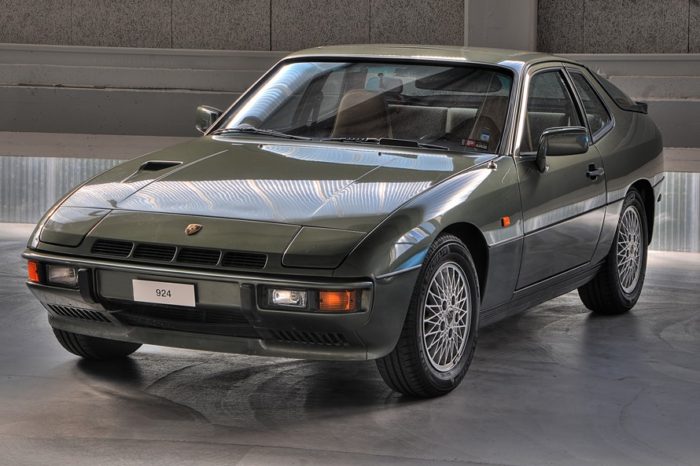 Go ahead, admit it: When you hear the phrase “turbocharged Disco Age Porsche,” your mind’s eye immediately fixates on the 930, a.k.a. the Turbo Carrera, a.k.a. the O.G. 911 Turbo, a.k.a. the Whale-Tailed Sultan of Snap Oversteer. But there was another force-fed machine to emerge from Zuffenhausen during the Malaise Era: The 924 Turbo.

Arriving in European showrooms for the 1978 model year, the 924 Turbo – easily identifiable by the NACA duct in the hood, cooling openings in the front fascia, and 15” alloy wheels (with 928-style 16-inchers optional) on 5-lug hubs – extracted 170 horsepower from its VW/Audi supplied 2.0L inline-four and routed it to a dogleg-pattern 5-speed manual transaxle in the rear. The North America spec version, which landed in late 1979 for the ’80 model year, had to settle for just 143 horsepower due to emissions constraints, as well as the regular USDM 924’s bulked-up bumpers and other mass-adding, fun-sucking add-ons. Meanwhile, the Euro ’80 924 Turbo received a series of engine upgrades (including a smaller turbo that spooled up faster yet delivered a little more boost) that raised output to 177 horsepower, plus a new 5-speed trans with a conventional shift pattern, while similar upgrades gave the North American version 149 horsepower beginning with the ’81 models.

Yes, Orthodox Porschephiles will still turn up their noses at the 924 Turbo due to the location, layout and cooling method of its engine, but so what? The 924 Turbo is still a kick to drive, and it provided the foundation for some of the company’s lesser-known (but still quite successful) competition models of the ‘80s like the be-flared 924 Carrera GT and Carrera GTR. 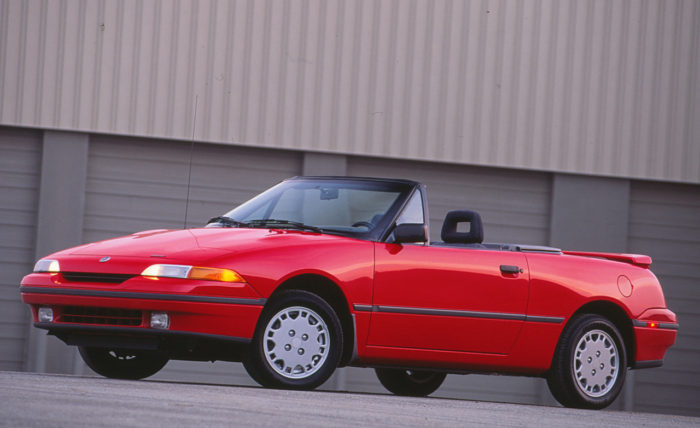 In the late 1980s, when Ford decided it wanted a small roadster in a similar vein to the Mazda Miata, it went to…well…Mazda for assistance. The result was the Ford Capri (which was marketed as the Mercury Capri here in North America), an Australia-made droptop runabout with a Ghia-designed exterior, an ItalDesign interior, and based on the contemporary Mazda 323 and its Asia-Pacific Blue Oval doppelganger, the Ford Laser. Yes, this meant the Capri was a front-wheel-drive roadster, which immediately gave the rear-drive Miata a leg up on it among enthusiasts. However, no first-gen Miata left the factory with a turbocharged engine, whereas the Capri XR2 shipped with Mazda’s DOHC 16-valve 1.6L turbo inline-four codenamed B6T.

The B6T’s 132 horsepower and 136 lb.-ft of torque didn’t sound like much even back then, but the Capri XR2’s 7.9 second 0-60 mph time was actually more than a second quicker than an original 1.6L Miata could manage. Sadly, that extra oomph and a lower base price wasn’t enough to prevent the Capri’s spotty quality control and sloppy handling dynamics from scuppering the model’s chances of success, and production for all markets was quietly halted at the end of the 1994 model year. 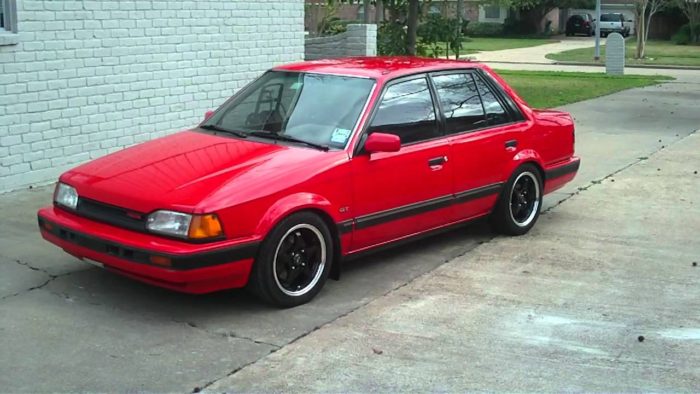 Most people are familiar with the most potent form of the 323/Familia that lent its skeleton and heart to the Capri, the turbocharged, AWD FIA Group A rally homologation special, the 323 GTX. But did you know you could get that same engine in the 323 sedan that would, in its next generation, be renamed the Protégé for our market? Yes, you could indeed in the form of the 323 GT.

Granted, USDM 323 GTs differed from their three-door sisters in that they were strictly front-drive only, but they could still scoot, and the four-door body style was much more passenger-friendly. Unfortunately, just 800 of these junior Q-ships were imported to the U.S. and only for the 1988 model year, so lots of luck finding one for sale.

The on-again, off-again presence of the Grand Am in Pontiac’s lineup was well and truly on once more for 1985, this time applied to a bigger-than-Sunbird-but-smaller-than-6000 family of front-drive coupes and sedans. Two-and-a-half model years later, Pontiac made the Sunbird GT’s 2.0L SOHC turbo inline-four the standard engine on the sport-oriented SE trim level. While the Brazilian-made(!) LT3’s 165 horsepower and 175 lb.-ft of torque didn’t move the N-body Grand Am with quite the same level of urgency as the smaller and svelter J-body Sunbird, it could still scoot.

However, not long after the turbo Grand Am arrived, the corporate product planners fell in love with the Oldsmobile-developed 2.3L DOHC Quad4, and by the end of the 1989 model year, the multi-valve atmo engine had replaced the forced-induction unit, making the ’89 Grand Am SE Turbo (which, like all of that year’s Grand Ams, had sleeker front end styling and a new interior) exceedingly rare even when new. 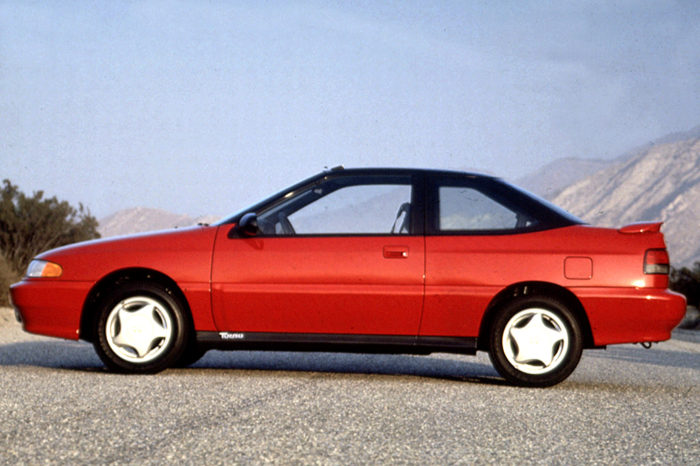 For most of its first decade in the U.S. market, Hyundai concentrated on building cheap, sensible and, unfortunately, rather flimsy cars…with one notable exception: The Scoupe! This pun-tacularly named two-door was based on the second generation Excel and, at the time of its 1993 facelift, was one of the first vehicles to receive the first Hyundai designed and built engine (as opposed to licensed copies of Mitsubishi powerplants used up to that point), the 1.5L “Alpha” inline-four. In turbo form, it made 115 horsepower and 123 lb.-ft which, while nothing to write home about, provided an adequate amount of pep. Plus, there was no danger of overwhelming the front tires.

Alas, like most of the early Korean autos to reach our shores, Scoupe Turbos have basically disappeared, so if you want one, you’re really going to have to be patient in your search. 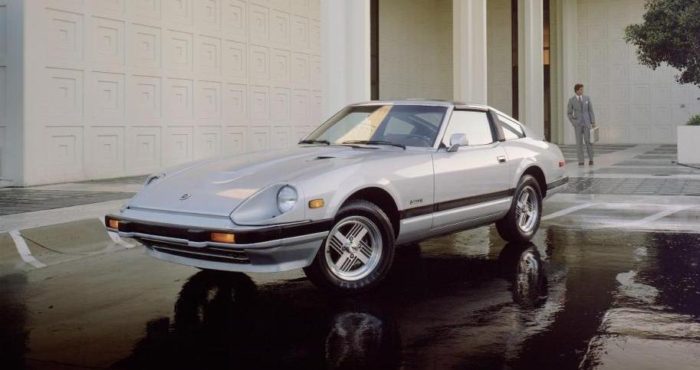 Like many sports cars throughout history (Ford Thunderbird, Jaguar E-Type and Mercedes-Benz SL spring to mind), the Datsun/Nissan Z-Car got fatter and softer during its first lifetime. And the changing consumer tastes and government regulations that occurred during the Malaise Era only accelerated this process to the point that, by the time the second generation (chassis code S130) Z arrived in 1979, it had arguably reached peak flab.

Thankfully, salvation arrived two years later in the form of the 280ZX Turbo, the first Z-Car to come with forced induction from the factory. The 2.8L L28ET inline-six made 180 horsepower and 203 lb.-ft of torque, both very respectable numbers for the time. Ultimately, the subsequent 300ZXs (Z31 and Z32 platforms) would remain hefty and pricey affairs, but in turbo form, they would deliver superb straight line performance, and they had the 280ZX Turbo to thank. 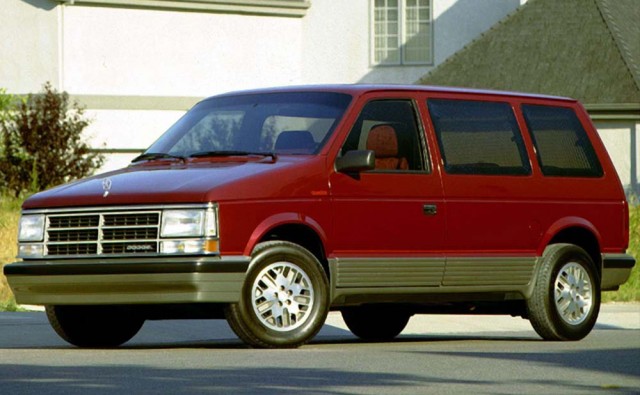 To most people, “enthusiast minivan” is an even more egregious oxymoron than “jumbo shrimp” or “Microsoft Works” (ZING!). But in an all-too-brief (specifically the 1989 and ’90 model years) fit of madness, Chrysler made that seemingly contradictory idea a reality. The short-wheelbase Dodge Caravan (and its Plymouth Voyager twin) was available with a turbocharged version of the base 2.5L inline-four. Its respectable 150 horsepower and 180 lb.-ft was piped to the front tires through a 3-speed automatic (Booooo!) or a 5-speed manual (Yaaaaay!).

How did they sell? Abysmally, of course! But good on Ol’ Lido and Co. for having the gonads to give it a shot anyway. 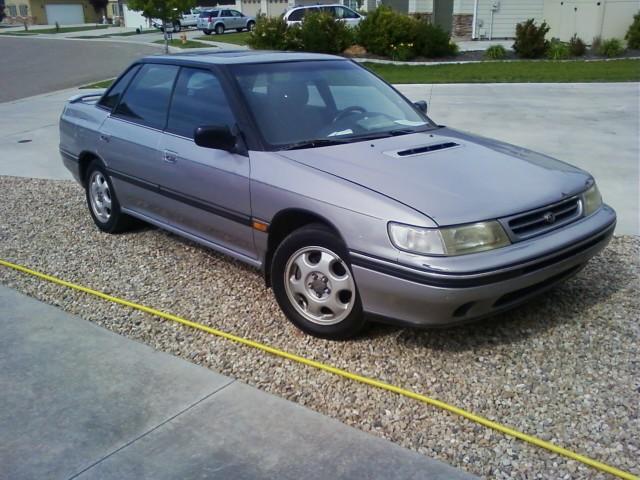 While many people are familiar with three of the Japanese Group A rally homologation models that made it to the U.S. in the late ‘80s and early ‘90s (the Mazda 323 GTX, Toyota Celica All-Trac Turbo – known as the GT-Four internationally – and Mitsubishi Galant VR-4), there was a fourth model that, while not strictly the showroom equivalent of a WRC car the rest if the world got, it was still very much inspired by it.

The 1991-’94 Subaru Legacy Sport Sedan featured standard AWD, a sport-tuned suspension, upgraded brakes and other chassis improvements like the Legacy RS Turbo available beyond our shores, but instead of that car’s rip-snortin’ 217 horsepower EJ20G 2.0L DOHC turbocharged and intercooled flat-four, the Sport Sedan was fitted with the non-intercooled (though it still got the scooped hood) 2.2L EJ22T SOHC flat-four rated at a leisurely 160 horsepower, matched with a 5-speed manual or 4-speed automatic transmission. An automatic-only Legacy Touring Wagon joined the lineup in 1993, in case your dog(s) is a fan of boost, too.