There’s an age-old axiom in the motoring world: Speed costs money; how fast do you want to go? The implication is, of course, that if you want to drive something that’s scorchingly fast, you have to shell out the big bucks. Makes sense, right? A Lamborghini Aventador is far ahead of its (distant) corporate cousin, the Volkswagen GTI, in terms of performance and price. It is, to quote some guys from Illinois, the way of the world.

But what if you were to set a budget cap on how much money you could spend on speed? Then it would be easy to see what new cars offer you the most driving thrills while keeping to a certain fiscal ceiling. Well, guess what? That’s precisely what we’ve done, though it’s worth pointing out that we’ve based the following list on manufacturer’s suggested retail prices published on the respective manufacturers’ websites, excluding taxes and fees, destination and delivery charges, and good ol’ dealer markup. Enough with the boilerplate; on with the list! 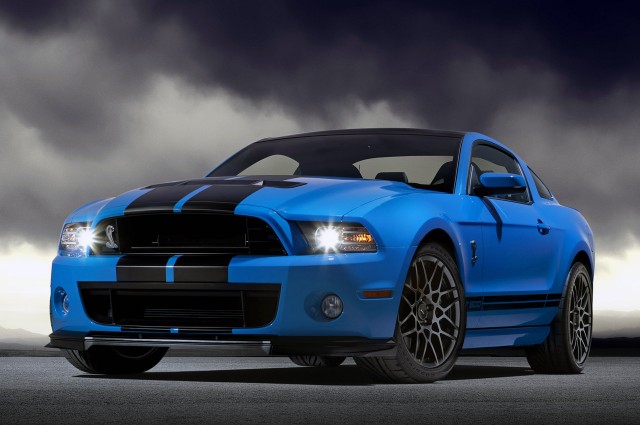 If you’re in the market for a sub-six-figure new car with more than 600 horsepower, your choices are the Ford Shelby GT500 and…well, that’s it. If you’re into specifics, this monstrous mutant of a Mustang (which starts at a mere $54,800) makes 662 horsepower and 631 lb.-ft of torque via a supercharged 5.8L V8, and sends it to the back tires through a 6-speed manual transmission. In addition to being the only sub-$100k new car that makes over 600 horsepower, it’s also the only sub-$100k new car we can think of that’s allegedly capable of hitting 200 mph. 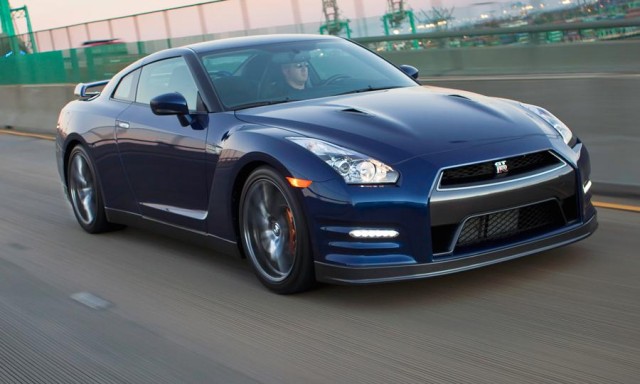 Conventional wisdom suggests that you shouldn’t be able to get a supercar capable of reaching 60 mph in 2.9 seconds and maxes out at 196 mph for under 100 grand. But Nissan didn’t listen to conventional wisdom when it developed the GT-R, the 2014 edition of which starts at $99,590. How else do you explain the company fitting it with a 3.8L twin-turbo V6 developing 545 horsepower, or giving it a super-sophisticated AWD system and rear-mounted 6-speed dual-clutch transaxle? 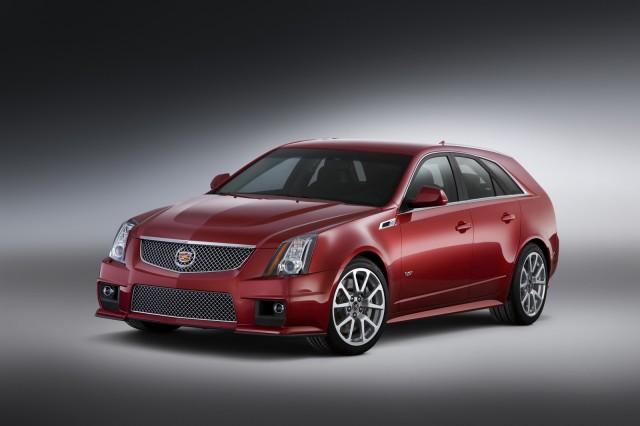 It seems like only yesterday that when performance car enthusiasts heard the name Cadillac, their minds jumped immediately to Vogue-tire-and-carriage-roof-wearing motorized mastodons clogging up the roads of Palm Springs and Coral Gables. That changed almost overnight with the advent of the first generation CTS-V, and the old perception has only had more dirt shoveled onto its casket with the model’s second incarnation. For a starting price of $64,515 for the Coupe and Sedan (The Wagon’s base price is a mere $385 dearer.), you get a supercharged 6.2L V8 making 556 horsepower, a 6-speed transmission of either the automatic or manual persuasion, 0-60 mph in as little as 3.9 seconds, and a top speed in the vicinity of 190 mph. We don’t know about you, but that’s a grander slam than any breakfast we’ve ever ingested. 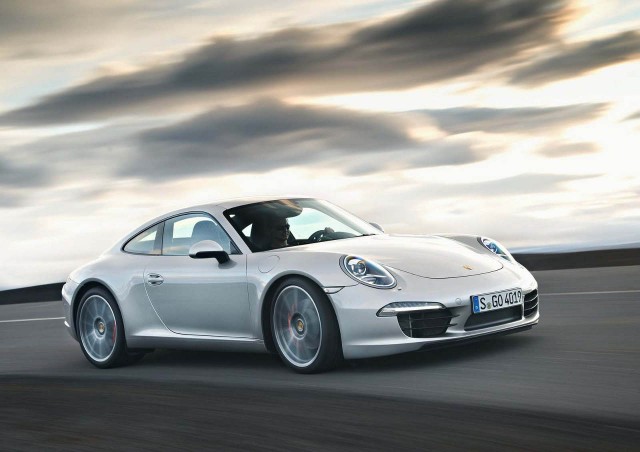 Although it’s next-to-impossible to argue that its title as Porsche’s purest sports car has been usurped by the Boxster/Cayman tag team, the 911 is still very much a driver-centric automobile. And the current 991-chassis Carrera S Coupe is among the most driver-centric variants, what with a 400 horsepower 3.8L flat-six, 4.3 second 0-60 time and a 188 mph v-max on its resume. And if you stay away from the options list (which, in classic Porsche fashion, can easily lead to a 50%+ hike over the base MSRP), you can get one for a sum just inside of five figures: $98,900. 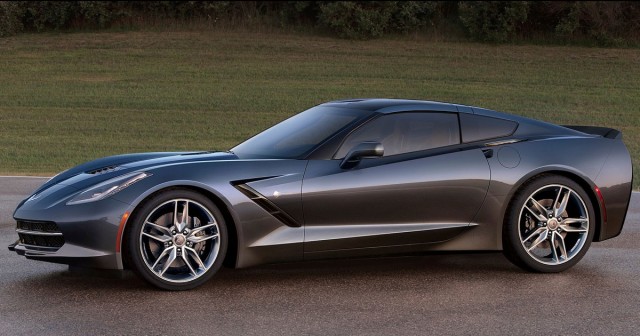 When it comes to performance car bargains, the Chevrolet Corvette has been cock-of-the-walk for decades. This has probably never been truer than it is now with the advent of the 2014 Corvette Stingray (a.k.a. C7). An all new aluminum chassis and an equally new direct-injected 6.2L V8 rated at 460 horsepower (with the optional sport exhaust) are just two of this budget supercar’s party pieces. Two others are 0 to 60 mph in a claimed 3.8 seconds and a top speed somewhere in the neighborhood of 190 mph. All that and more for as little as $51,000? Ignore what the Baby Boomers who have speculated 1960s Sting Ray prices into the ionosphere will tell you; the good old days for Chevy’s flagship are happening right now. 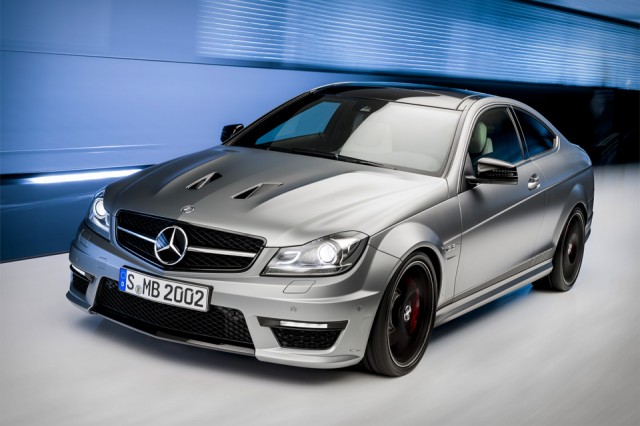 AMG has been fiddling with the Mercedes-Benz C-Class pretty much since it first came out, and the group’s latest take on Merc’s compact sedan and coupe is the most marvelous yet. For as little as $60,250 (for the sedan; the coupe is $2,500 more), you can roll in a C63 AMG with a 451 horsepower 6.2L V8. That’s all fine and good, but for another $9,750 on top of that, you can step up to the Edition 507 package. Engine output climbs to – Surprise! – 507 horsepower, the 0-60 time supposedly holds station at 4.4 seconds, and the governed top speed climbs to 174 mph. In other words, it is the quintessential German muscle car. 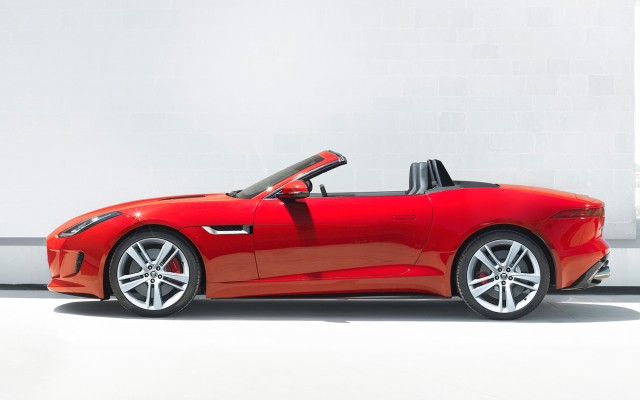 A new two-seat roadster from Jaguar has been a long, long time coming, but it’s finally here, and it’s called the F-Type. The styling is sharp, the supercharged engines provide plenty of oomph, and all three models have starting prices under $100k. In fact, $92,000 will get you into an F-Type V8 S, with a supercharged 5.0L V8 rated at 495 horsepower, 0-60 mph in 4.2 seconds, and a 186 mph top speed. Jolly good show, Jag! 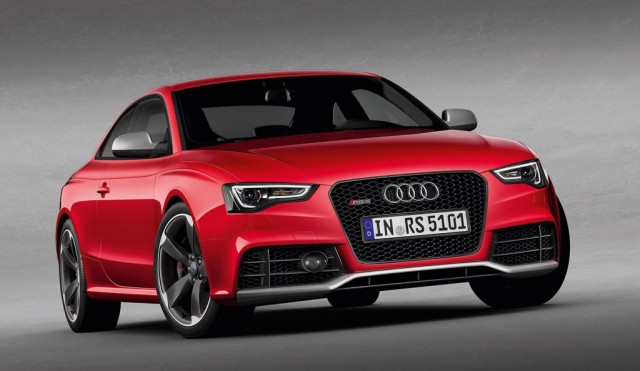 If you want to get your mitts on a car with Audi’s ballistic 4.2L naturally aspirated V8 before it’s inevitably replaced by a less-amusing forced-induction lump, you currently have two options. The R8 is a low slung, mid-engine two-seater, but it also has a six-figure MSRP. The RS5, on the other hand, does meet the pricing criteria for this group ($69,600 sans options), and is a handsome 2+2 with the 450 horsepower engine out front. Aided by a 7-speed dual-clutch transmission and quattro AWD, Audi’s resident muscle car leaps to 60 mph in 4.5 seconds and runs into a computerized wall at 174 mph. 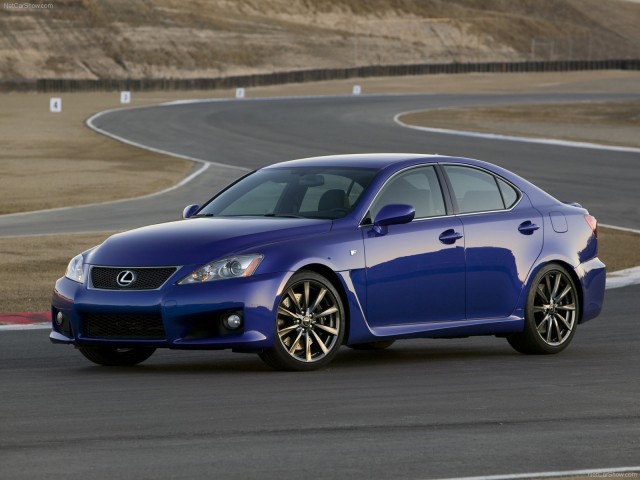 While the pedestrian Lexus IS250 and IS350 are all-new for model year 2014, the hot rod IS F stays on the old platform. But because it also retains its 416 horsepower 5.0L V8, 8-speed automatic transmission and beefed-up suspension and brakes, that’s not such a bad thing. With a 0-60 mph time of 4.6 seconds and a top speed of 170 mph, its $63,350 base price doesn’t seem all that unreasonable. 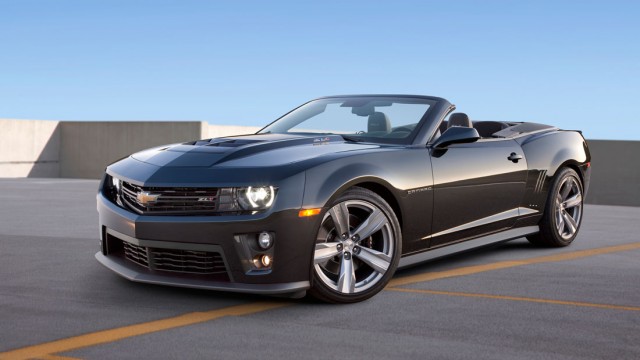 Two Chevrolets on the same list? Why yes. The Camaro ZL1 uses a retuned version of the CTS-V’s supercharged 6.2L LSA V8 (which is itself derived from the old Corvette ZR1’s LS9 engine) that generates 580 horsepower and 556 lb.-ft of torque. You also get GM’s slick electromagnetic dampers, a choice of a 6-speed manual or 6-speed automatic transmission, and a choice of a coupe or convertible body style, plus 0-60 mph in 3.9 seconds and a 180 mph top speed. Not too shabby for as little as $54,955.