The Top 10 Lamest Fashion Label Vehicles of All Time

At first blush, automobiles and apparel don’t seem to have much in common. Granted, both are manufactured consumer goods, and both come in wide ranges of colors, sizes, shapes and price tags. But that’s where the connections end, and even Kevin Bacon would have trouble tying the two industries together in additional ways, right?

Don’t be so sure. For example, Ralph Lauren is a serious gearhead who possesses a collection of super cool and super pricey rides like a McLaren F1 and a Bugatti Type 57SC Atlantic. And Izod is the current title sponsor of the IndyCar Series. But perhaps the most notable bridges between the car and fashion worlds are special edition vehicles co-branded with the names of well known clothing and accessory manufacturers. Here are 10 of the most style-conscious rides ever to hit the runway, er, highway. 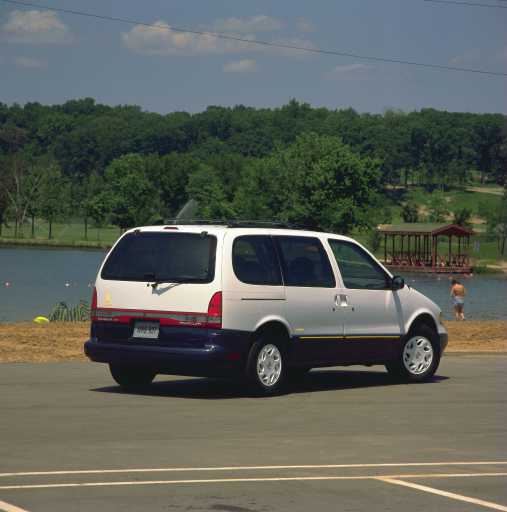 As vehicles go, you generally can’t get much more uncool or unhip than a minivan. Mercury set out to change that by teaming with Nautica for a special trim level for the Villager. The package consisted of a two-tone exterior (usually a combination of white and blue), yellow striping and Nautica logos, middle row captain’s chairs (instead of a bench seat) and leather upholstery in either blue with white inserts or solid gray. Based on what happened to the Villager and, eventually, Mercury itself, this people hauler was sunk before it left port. 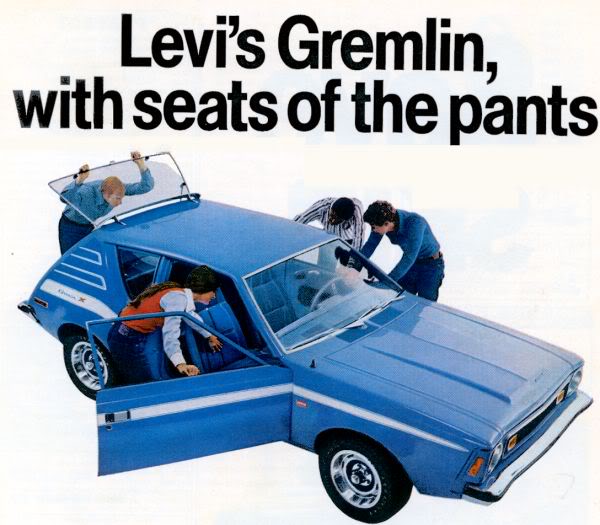 Blue jeans are an iconic American invention, even though they were actually created by a German immigrant, Levi Strauss. The Levi’s brand got so big, in fact, that American Motors scored a major coup by inking a deal with them to do special Levi’s edition models. Jeep got a Levi’s edition CJ5, and AMC produced a Levi’s Gremlin. The Gremlin received Levi’s logos on the front fenders, but the big news was in the interior.

The cockpit was cloaked in nylon woven in a pattern that resembles denim (AMC wasn’t allowed to use the real deal due to government fire safety regulations.). To further the illusion of kinship to the classic pants, burnished copper rivets and red Levi’s logo tags were added, as well as detachable map pockets. Sadly, the seatbelts didn’t use notch-type buckles. 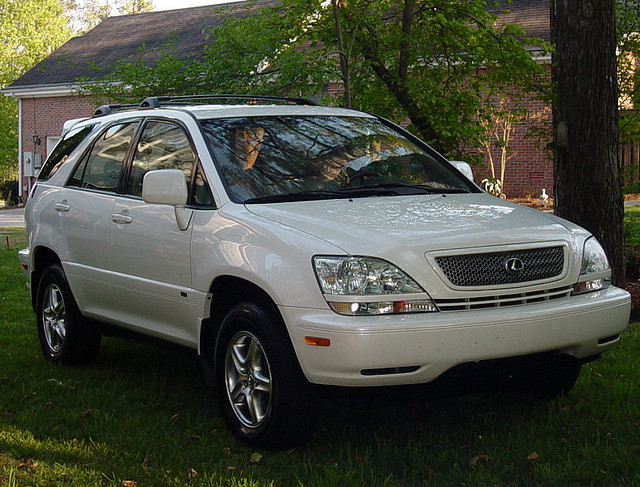 Even though Lexus is still a fairly young nameplate, it has already established itself as a serious player in the luxury automobile game. It has even done the fashion label branded thing by way of multiple vehicles wearing the name of American leather bag designer and maker Coach. One of the most exclusive Coach Lexuses (Lexii?) is the RX300 Coach Edition.

Using the standard car-based crossover as a starting point, Lexus and Coach designers added a special honeycomb mesh grille insert, as well as perforated leather seats, Coach badges and, the piece de resistance, a set of Coach luggage. It was only available in 2002, so you can bet there were more than a few trophy wives who were unable to get their hands on one. 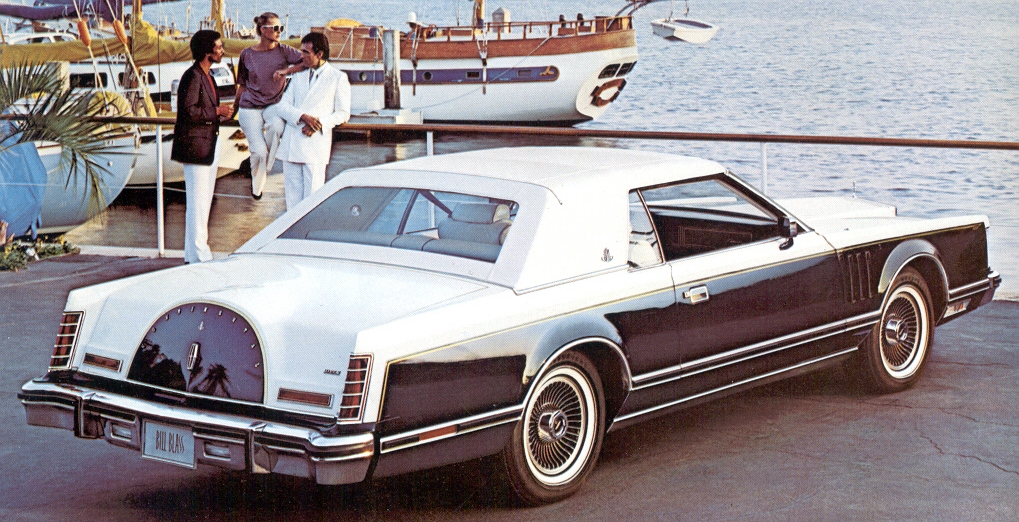 The 1970s were the golden age for personal luxury cars, and there were so many of them vying for market share that even Lincoln had to find new ways to help its Mark series of coupes stand out from the herd. So beginning with 1976 on the Mark IV, Lincoln teamed with designers Bill Blass, Cartier, Givenchy and Pucci to create special Designer Editions of the Mark IV. The practice continued for all three years of the Mark V’s life (1977-’79) with the same three designers.

Out of all the designers and all the years, we’re most partial to the ’79 Bill Blass Mark V. Yeah, we know we talked smack about carriage tops not that long ago, but in this case it kinda works. And Mr. Blass sold way more clothes than we have (but considering we’ve never sold any, that’s not saying much), so who are we to say what fashionable people wanted back in the day? 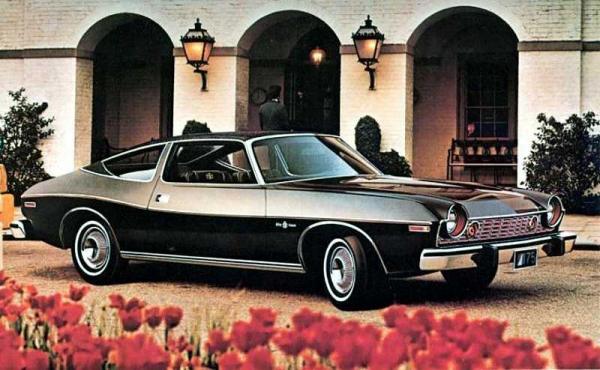 French-born American designer Oleg Cassini was probably best known for penning Jacqueline Kennedy’s wardrobe while she was First Lady, but did you also know he designed a special edition AMC Matador coupe? Well he did in 1974 and 1975. The radically-styled two-door was treated to a vinyl roof, copper-painted trim and Cassini’s signature on the exterior, while the interior featured black fabric seats with copper buttons and embroidered Cassini logos on the headrests along with copper-colored carpeting. If that isn’t a recipe for ‘70s automotive chic, we don’t know what is. 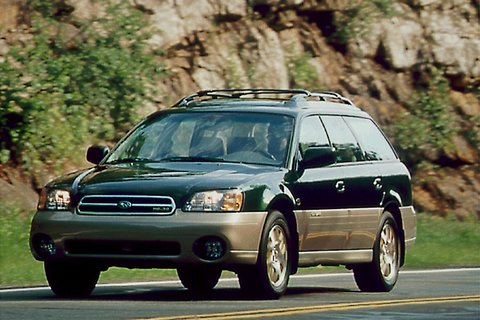 When Subaru came out with a Legacy wagon featuring raised suspension and contrasting lower body cladding and called it the Outback, it managed to capture lightning in a bottle, and it sold like beer-flavored hotcakes. To capitalize on the car’s popularity, Subaru teamed with outdoor apparel and gear peddler L.L.Bean to create a special Outback, offered in both wagon and sedan forms.

While they included all the badges and special color schemes befitting a special edition, the real special bits were the dual sunroofs and the 200-watt McIntosh sound system. You could also get OnStar, though for a car geared toward outdoorsy types (read: those who like going where there’s no cell reception), its availability is still a bit puzzling. 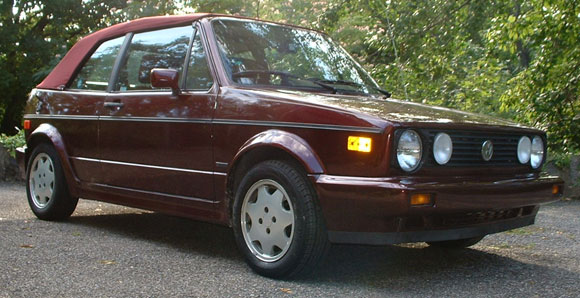 The original Rabbit-based Volkswagen Cabrio enjoyed a long life and immense popularity. But that didn’t stop VW from releasing an array of special editions, including one gone over by German design house Etienne Aigner. It was only available one year (1991) and in three different colors (Bordeaux, Green Metallic and Midnight Blue) with matching interiors sprinkled with the Etienne Aigner insignia. It was quite popular in Europe, but less than 1,500 found a home on these shores. Will it ever be collectible? Definitely maybe. 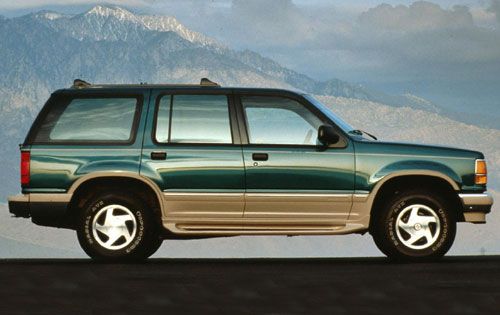 Although there were midsize SUVs before the Ford Explorer came along in 1990, none of them had a massively popular fashion label edition. But thanks to outdoor-oriented retailer Eddie Bauer, the Explorer did. Early models like the one pictured were available in a handful of body colors (all with tan lower body cladding, pinstripes and accents) and tan upholstery, and available in two-door or four-door form. It didn’t take long for the Explorer’s popularity to explode, with the Eddie Bauer version riding the wave and becoming (from what we’ve been able to observe over the years) one of the best-selling clothing and apparel branded vehicles ever. 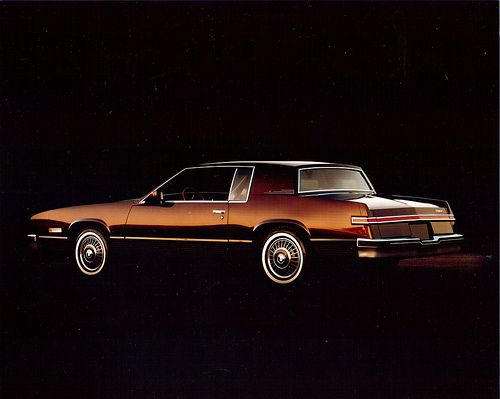 All of the special edition vehicles we’ve seen so far haven’t been much more than badges, special colors and special interior furnishings. But at the dawn of the ‘80s, Pierre Cardin took the idea of a clothier co-branded car farther…so far that it was apparently marketed without the original manufacturer’s name.

The Pierre Cardin Evolution bears a clear resemblance to the Cadillac Eldorado on which it was based, but the extended nose with hidden headlights and unique full-width taillight/reflector cluster gave it a flare all its own, to put it diplomatically. The big changes, however, were inside, including the addition of a color TV, VCR, bar and refrigerator. The whole shebang listed for about $63,000…in 1980. Good. Gawd. 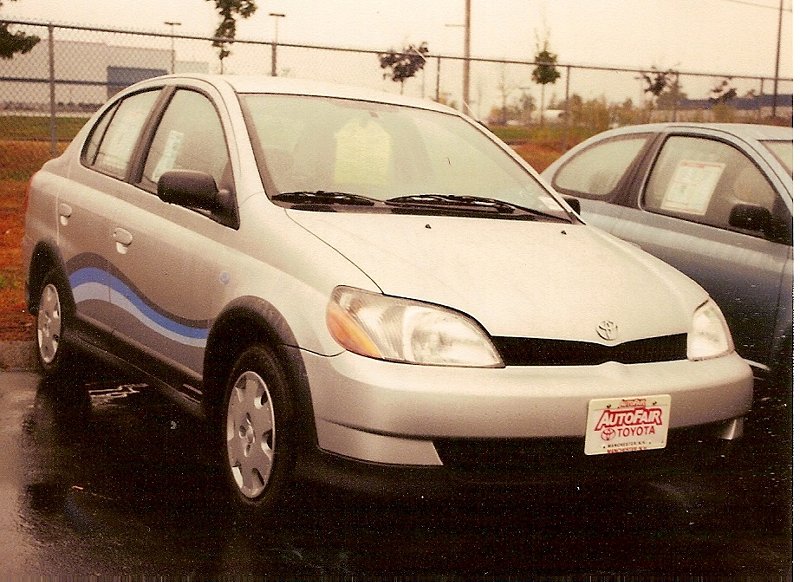 Finally, other than a few (million) recalls in the last couple of years, Toyota has done a pretty good job of the whole car- and truck-building thing. This is not to say there have been a few duds along the way. One of these was the Echo, the crude, dumpy, and largely forgettable subcompact that came after the Tercel but before the Yaris. We say largely forgettable because there is one version of the Echo that is worth remembering. Roxy, the brand that targets young female surfers, snowboarders and other active lasses, worked with Toyota to develop a Roxy-branded Echo.

With colorful stripes and a Yakima roof rack outside and neoprene seat covers and a wet gear trunk compartment inside, the Echo Roxy certainly stood out. But at the end of the day, it was still an Echo. A better fit would have been the Corolla, seeing how it (along with the VW Jetta) is the “it” car of Gen-Y ladies far and wide. So what’s this thing doing on this list? Simple: You can’t argue against the merits of reminding people of surfer chicks. Frankly, you’d have better luck dividing by zero.

Miffed that your favorite didn’t make the list? Go to bat for it in the comments below. And please don’t forget to like us on Facebook if you haven’t already. (We like being liked.)