While full-scale cars are this site’s stock-and-trade, we’re very aware that not all of you have the funds and/or the space to devote to those. Thankfully, there are alternatives to real automobiles. Models are fun to collect, but unless you’re willing to push them along and make “vroom vroom” noises (We don’t judge.), they aren’t super exciting by most people’s metrics.

Thank goodness, then, for radio controlled cars. Produced by a litany of companies in a cornucopia of shapes and sizes (and with battery or internal combustion power), these miniature motor vehicles’ fun-to-weight ratios are off the charts. And although you certainly could do like most people and plonk an Andrew Jackson or two down on the counter at Toys “R” Us and go home with a fun-for-all-ages electric runabout, true R/C connoisseurs step up to more hardcore hardware found at hobby shops. Here are 10 such self-propelled miniatures that make us check our frequencies. 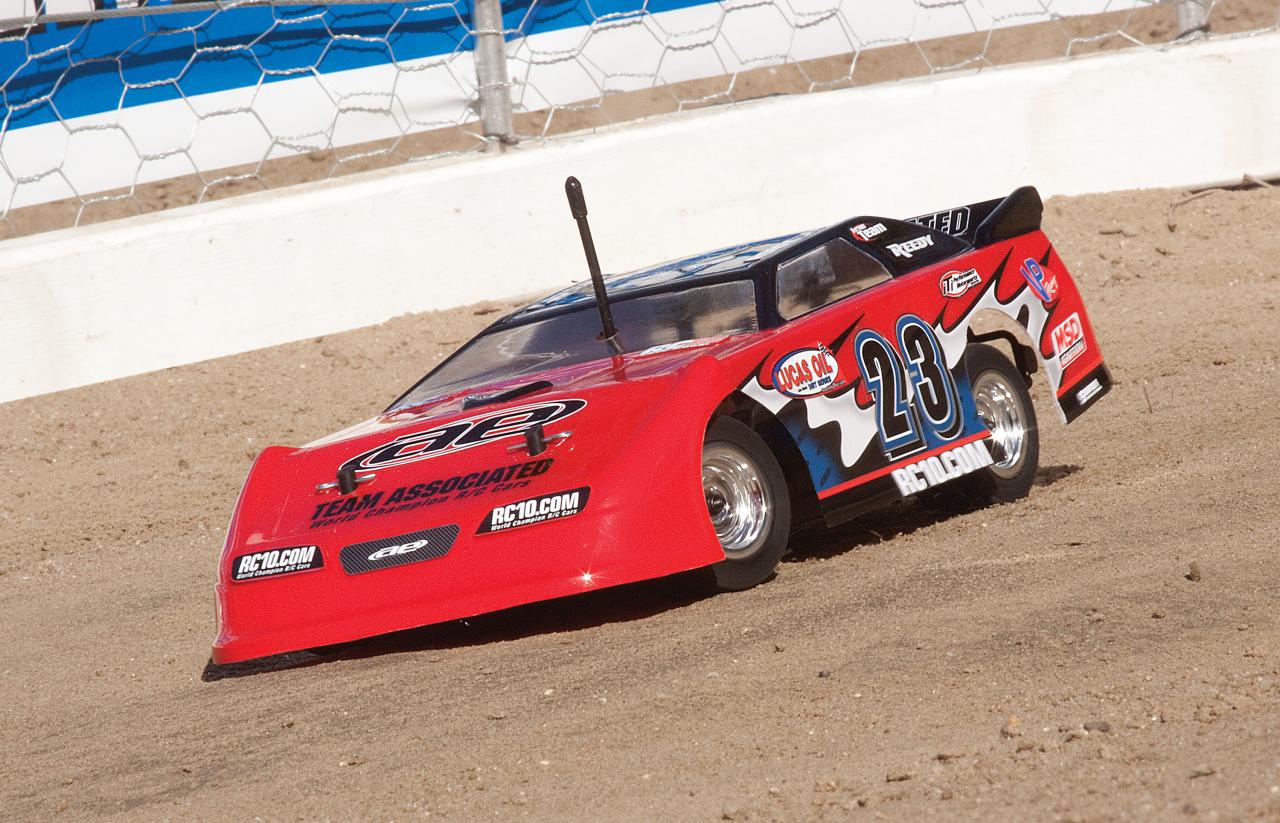 When most people think of R/C cars that race in the dirt, they think of open-wheeled, knobby-tired trucks and buggies that leap over jumps with the greatest of ease. However, there are other ways to play in the dirt with an R/C car, and Team Associated’s RC18 Late Model is a dandy. This 1:18 scale electric 4WD machine looks just like a full-size dirt late model, and slides around dirt and clay ovals at blistering speeds like its big brother, too. Perfect for indulging your inner Scott Bloomquist. 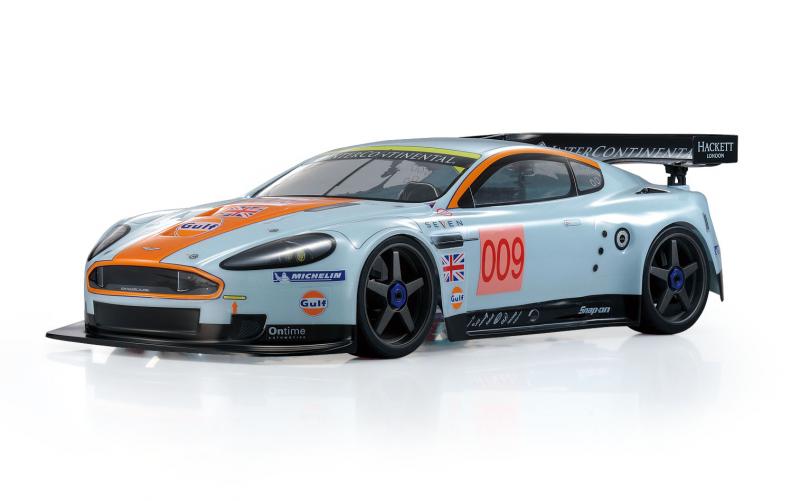 The Aston Martin DBR9 is arguably one of the coolest GT race cars built thus far in the 21st century, and Kyosho’s 1:8 scale miniature captures pretty much all of the real deal’s coolness. No, it doesn’t have a yowling V12, but its 4.6cc single-cylinder engine does burn nitromethane. And this R/C rendition also has 4WD and a 2-speed automatic transmission, so you can bet it flies between and through the corners at velocities that, if scaled up to 1:1, would likely humiliate even a Formula 1 car. And the body is painted in Gulf Oil’s iconic baby blue and orange livery. How can you beat that? 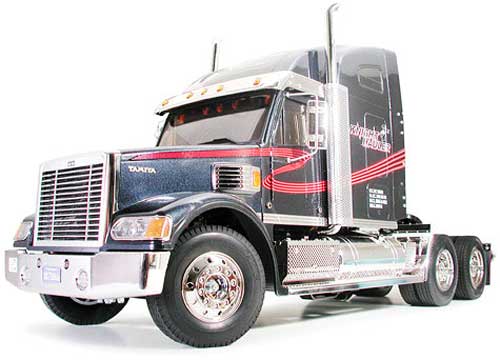 For anyone who’s considered becoming a trucker but is unsure about his or her ability to maneuver an 18-wheeler, Tamiya might be able to help. The Japanese firm makes a realistic line of electric 1:14 scale R/C big rig tractors and trailers, the coolest of which being – in our opinion – the Knight Hauler. Based on a late model American conventional cab truck (though a generic American cab-over tractor and a plethora of licensed European ones), the Knight Hauler is available with such accessories as working LED tractor and trailer lights and a sound unit (that doesn’t play C.W. McCall, sadly), but the vibration unit, leaf spring suspension and 3-speed transmission are standard.

The Ford Mustang Boss 302 is one of the most exciting cars of 2012, so it’s fitting that Traxxas is making an equally exciting R/C version. Featuring 4WD and a high-performance brushless electric motor, this 1:16 scale pony gallops up to 30 mph with the stock battery setup. If that’s still too slow, Traxxas also offers an additional battery and associated upgrades that will take the V-max over 50 mph. Who says you need wings to fly? 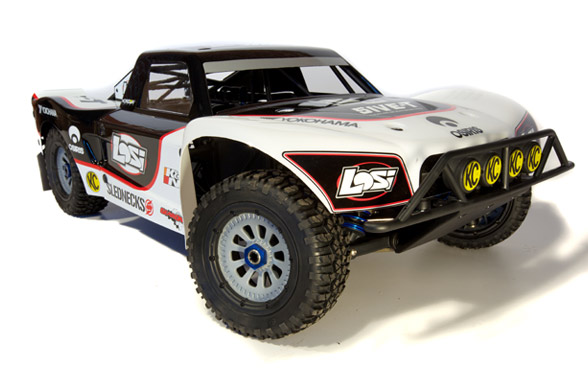 If ever there was an R/C trophy truck that was worthy of the “Bad Mother F*cker” label, it’s Losi’s 5ive-T 4WD Off Road Truck. This 1:5 scale leviathan derives its motive force from a thumping 26cc(!) gasoline engine mounted to a CNC-machined aircraft aluminum chassis that’s topped by a true-to-life roll cage and four-piece body. Other carryovers from a real racing truck? Multi-piece beadlock wheel and tire assemblies, CV-jointed halfshafts at each corner, and a real-time wireless telemetry system. We’re in lust. 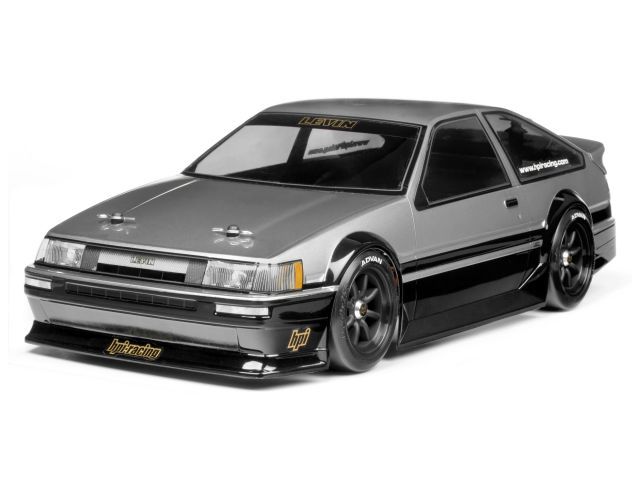 Drifting looks like tons of fun, but unless you sizable budget for tires and body repair, it can get expensive in rather short order. Alternatively, you could pick up HPI’s drift-spec Cup Racer kit, which comes with a Toyota Levin AE86 (It’s the fixed-headlight sister to the Sprinter Trueno.) body. Designed to a non-standard scale (but it will fit many other bodies), this 4WD electric lets you terrorize the cul-de-sac in sideways style. 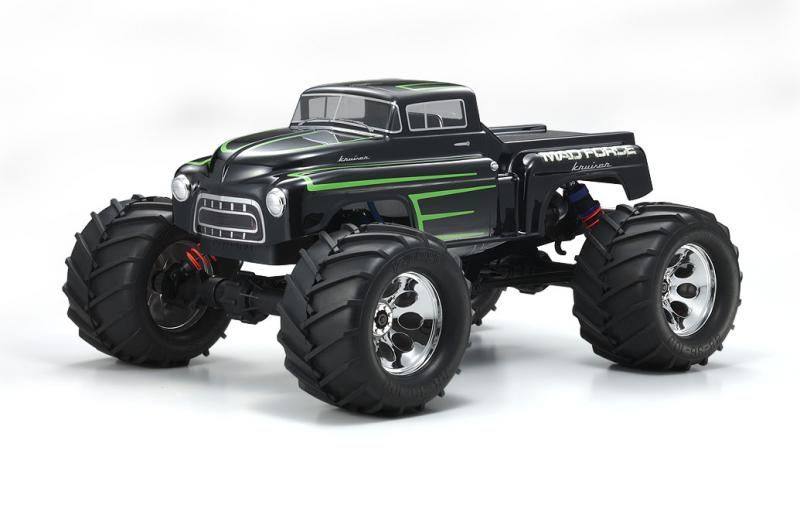 Radio controlled monster trucks seem like they have been around almost as long as their real life counterparts and, like the full-size prototypes, are very effective in bringing out one’s inner 5-year-old. And Kyosho’s Madforce Kruiser should be more effective than most for doing that, with its brawny nitro engine, 3-speed automatic transmission, solid axles and retro cool ‘50s pickup body. 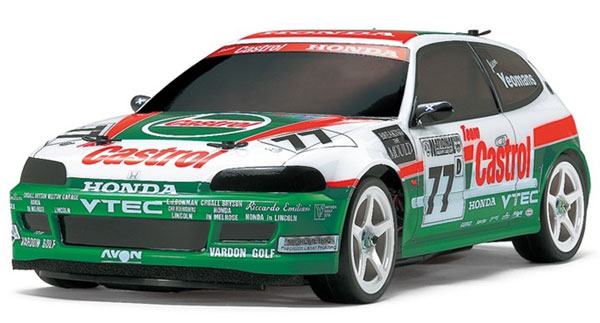 While many car snobs look down their noses at front-wheel drive, there are a hell of a lot more new cars built with it than there are rear-drivers. Tamiya has even gotten in on the act with a 1:10 scale electric chassis dubbed the FF-03, featuring a transverse front-mounted motor driving the front wheels. Our favorite kit is the Castrol Honda Civic VTi, with its classic among sport compact fans EG-series hatchback lines and decals to dress it up as a competitor in the 1993 British National Saloon Car Cup. 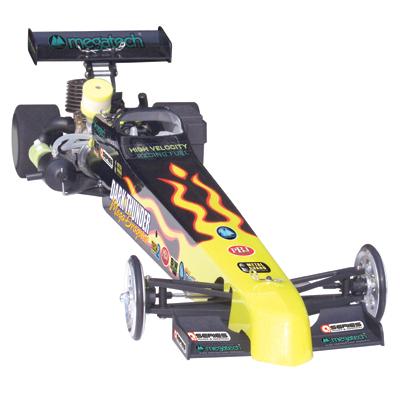 The types of cars that compete in radio controlled drag racing are about as diverse as the ones that compete in real drag racing, with the top echelons in both occupied by nitro-gulping dragsters. As far as the R/C realm is concerned, one of the best commercially available dragsters is Megatech’s 1:10 scale Dark Thunder. The engine’s 1.6hp are sent to the wheels through a 2-speed transmission, which catapults this 30” long bullet to 60 mph in under 3 seconds. Wowza. 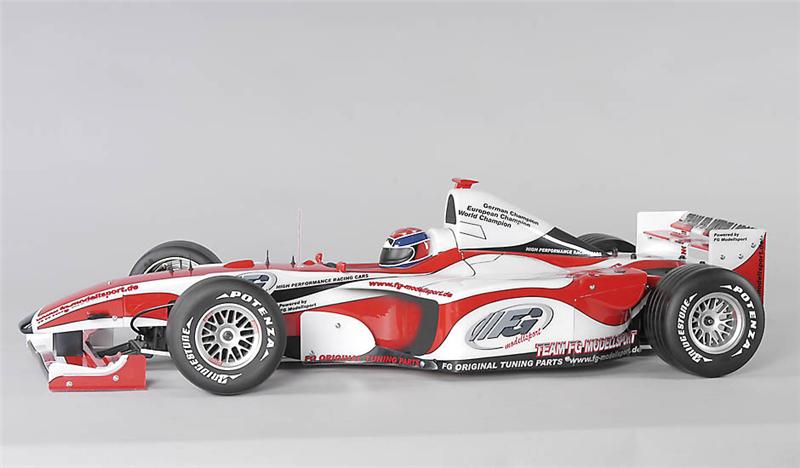 Finally, if Formula 1 is the pinnacle of full scale motorsports technology and engineering, it should be no surprise that German company FG Modellsports’ 1:8 scale Formula 1 car seems to be at the pinnacle of R/C car technology and engineering. It boasts pushrod suspension, oil-filled shock absorbers, and authentic (at least for 2008 and earlier) grooved Bridgestone tires mounted on BBS wheels, while the 26cc 2-stroke gas engine ensures it goes as fast (about 62 mph) as it looks. If you want sophistication and speed, look no further.