The Top 10 Cars for Getting the Girl of Your Dreams

An obscure Texas trio made it widely known that women dig a well-clothed chap. However, wardrobe isn’t the only means of make the ladies lock their eyes on you; what you drive can also play a significant role in modern courtship. Dating does, after all, rely heavily on first impressions, and making a good one – be it your threads, ride, greeting, whatever – could make the difference between an evening filled with awkward silence and an evening filled with awkward friskiness.

This is not to say that there aren’t women out there whose only criteria are immaterial things like sweetness and a sense of humor (and we’d really, really like to meet those gals). But if you show up in a Plymouth Horizon wearing its original Diahrrea Metallic paint and held together with dental floss, Great Stuff and street signs obtained via means of ambiguous legality, the odds of her asking you in after you bring her home are gonna be pretty slim. What’s more, the kind of vehicle you drive might not mesh well with the kind of girl you’re after; ladies who wear “No Blood for Oil!” shirts, for instance, seldom go on second dates with guys who roll up in lifted pickups. Just like in advertising, knowing your target audience is crucial. Here, then, are 10 automobiles guaranteed (Okay, semi-likely) to win over the sort of Fräulein you fancy. 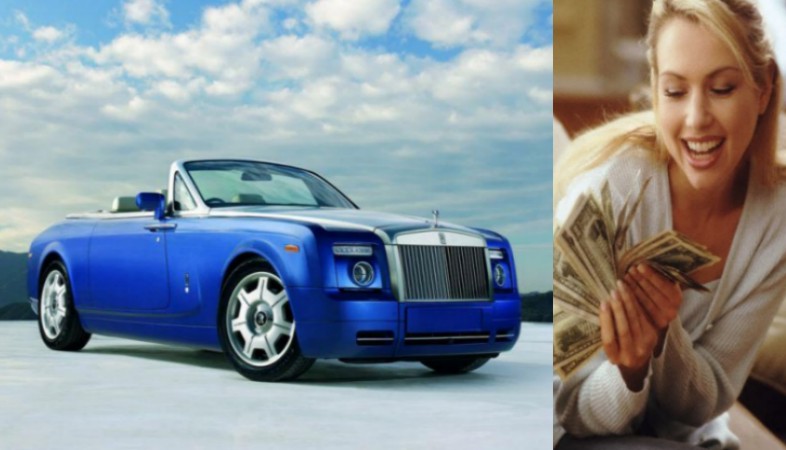 When trying to garner the attention of the über-wealthy lasses of the world, normal, every day luxury cars probably aren’t going to cut the caviar. Lexus? Mercedes-Benz? Jaguar? Leave those to the hired help; if you want to give her the kind of pampering and opulence to which she’s accustomed, step up to a Rolls-Royce. Better yet, step up to that iconic brand’s priciest new model, the Phantom Drophead Coupe (convertible to us peons). The combination of head-turning styling, first-rate materials (including teak decking on the soft top’s hard tonneau cover) and – provided you don’t opt for a picnic setup or something – adequate trunk space for those days she drags, er, invites you along on a shopping spree on Rodeo Drive make this British behemoth a sound investment (provided you have more than $400k to spend on a car, of course). 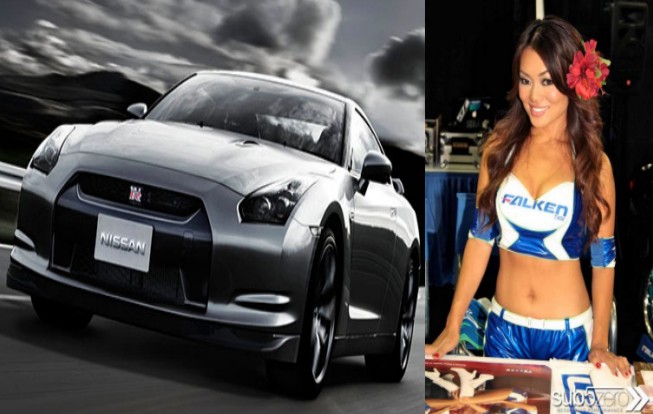 The import tuning scene and beautiful women are closely intertwined. It’s worth noting, though, that there are some gals who are part of that scene not just to provide eye candy, but because they genuinely love rolling up their sleeves, hopping up their rides and being around like minded people. What better way to show you’re one of those like-minded people by driving the most coveted Pacific Rim muscle car made today? The great thing about the GT-R is that it’s as much at home puttering along on a night on the town (replete with two back seats for a double date…assuming the other couple isn’t much over 5’5”) as it is using its 480hp twin-turbo V6, all-wheel-drive and horde of computers to make the laws of physics its bitches on the track. Who wouldn’t fall head-over-heels with that? 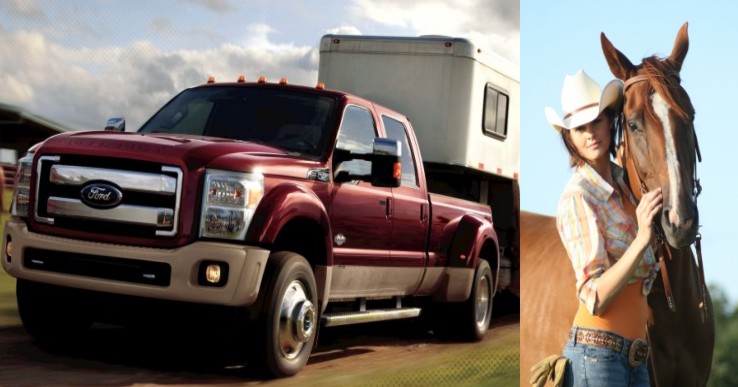 While not everyone appreciates horses, there are many fair damsels who do. With that in mind, what better way to make those gals saddle up with you then to squire them around in a vehicle capable of towing one equine for each day of the week simultaneously without breaking a sweat? Sure, there are other heavy-duty pickups on the market, but do any of those have a diesel engine that produces 800 lb.-ft of torque, can tow more than 12 tons(!) and has a sumptuous, leather lined cab with climate-controlled seats for you and your favorite cowgirl? No, no they do not. Yeah, you can forget about parallel parking, or spending less than three-figures to fill the tank, but when she utters the now-triple-entendre “Let’s go for a ride,” will you mind? 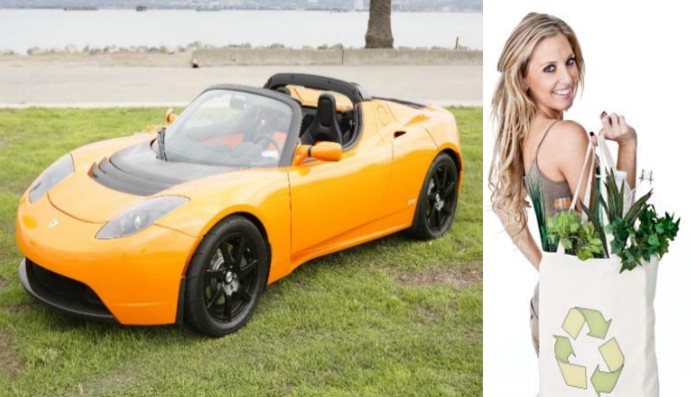 While you may not agree with everything the daughters of the environmental movement have to say, there’s no denying that a sizable portion of them are quite cute, and can even argue their points in civilized, logic-based ways. Sounds like an interesting evening, no? Of course, as mentioned earlier, you can’t expect it to start off on the right foot by showing up in a vehicle with a serious dino juice addiction, yet you still want something fun and flashy. Look no further than the Tesla Roadster Sport. Pricey though it may be, this all-electric thrill ride will get just about any greenie girl’s seal of approval. Plus, its near-silent operation means you’ll have no trouble hearing the delighted screams of your tree-hugging honey. When you stand on the accelerator. (Why else would she be screaming with delight? Get your minds out of the gutter!) 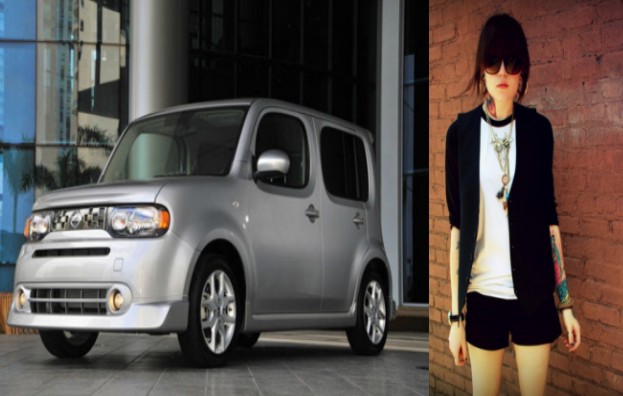 There’s been a significant shift back toward downtown living in this country of late, mainly perpetuated by hip twenty- and thirty-somethings living in converted loft spaces. This begs the question: What if there was a vehicle that was the four-wheeled equivalent of a repurposed ex-garment factory? Turns out there are a few, but the one that really sticks out is the Nissan Cube. From its asymmetrical rear styling (which Nissan was kind enough to flip-flop for lefthand-drive markets like ours), to the ripples-in-a-pond headliner, to the available shag carpet pad atop the dash (to keep stuff from sliding around), the Cube is cute, fashionable and cheeky to a fault…perfect for helping you meet uptown girls that meet similar descriptions. 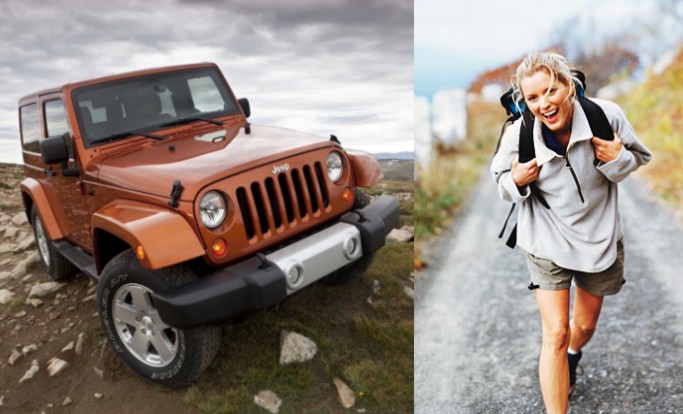 If you’re all about gals who like being close to nature, you’re pretty spoiled for choice when it comes to rides that will capture the hearts of such ladies. But really, you can’t go wrong with what is arguably the most iconic and most hardcore vehicle in the outdoor adventure segment. The Jeep Wrangler has been softened a bit over the years (the new 2011 model features even more refinements), but you can still fold down the top, flip down the windshield, unbolt the doors and proceed to drive over and through stuff you had no idea you could get over or through in a vehicle. A four-wheeled getaway – romantic or otherwise – to the great outdoors has never been easier. 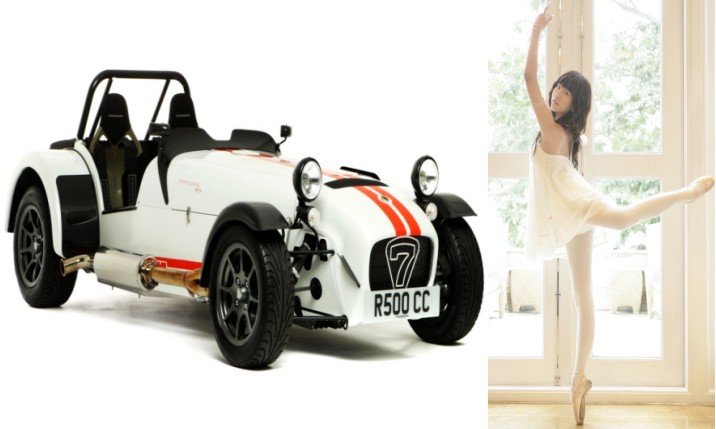 Speaking of focused, back-to-basics automobiles, Caterham builds only vehicles fitting that description. Still based on a Lotus designed in the 1950s, Caterhams are light, graceful, agile and responsive. Call us crazy/mysoginistic/uncultured/etc., but that sounds a lot like the automotive equivalent of a ballerina. Even if there aren’t many tutu-clad cuties out there who can appreciate the way these little British buzzbombs dance through the corners, there are surely some girls out there who get all hot and bothered about the idea of a big, four-wheeled superbike. 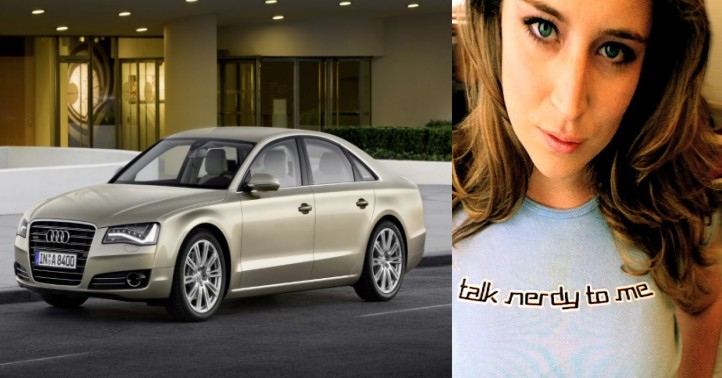 If the popularity of ComicCon and “The Big Bang Theory” are any indication, geek is now chic. Of course, geekdom knows no barriers, gender among them. And one car that will probably make the gadget-mad girls go gaga is Audi’s new third generation A8. While the fact that it’s a big, German luxury sedan will score you lots of points on its own, cutting edge technology like the aluminum spaceframe construction, LED headlights and the latest iteration of the Four Ring marque’s Multimedia Interface (MMI) system featuring a touchpad that lets you “write” commands with your finger will be what helps you level up. 1337. 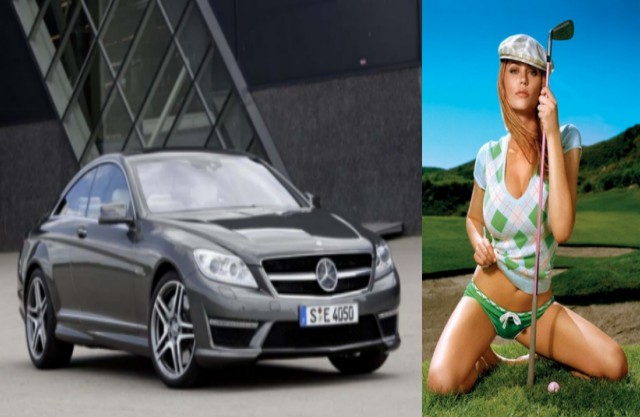 If the lady for whom you yearn loves to spend her days hitting the links, you’d be wise to look at a car with a spacious trunk yet still enough style and panache that the valet is literally compelled to park your chariot out front. Sadly, that rules out the Buick Park Avenue (unless you’re one of the people who remember where you were and what you were doing on 12/7, in which case you’re okay). Mercedes-Benz’s CL-class full-size coupes, by contrast, are way, way above par (which in this case is a good thing), and the refreshed-for-2011 CL63 AMG has an even better handicap. The new twin-turbo V8 packs a truly mighty swing, and the cavernous trunk means there’s plenty of room for her clubs, your clubs and some luggage for the weekend. Can’t tee up enough green to bring one home? That’s rough. 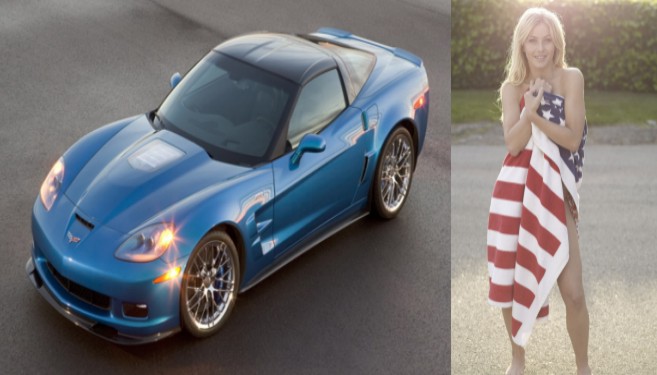 For some Americans, patriotism is a 365-day-a-year emotion. Whether you dismiss such folks as valuable pillars of the community, jingoistic loonbats or something in between, the fact of the matter is there are some truly lovely lasses that fit into this segment of the population. So what do you drive to get their attention? If you ask us, you can’t do much better than the Corvette ZR1. With a 638hp Motown-born heart in a Yankee Doddle dandy of a body from the Bluegrass State, the baddest production Vette ever’s stat sheet is peppered with numbers that will shame many serious supercars hailing from across the seas, and do so for a fraction of the price. Your sweetie will definitely appreciate that, especially if you’re running late for a baseball game or apple-pie baking contest.