The Top 10 Canadian Market Cars of All Time

Considering it’s one of our two next-door neighbors, it shouldn’t be surprising that much of Canada’s motoring history looks a lot like that of the United States of America. Many of the same makes and models available down here have also been listed in the dealer order books up there as well. However, our poutine-and-hockey-loving brothers and sisters have had access to dozens of automobiles that were either available in countries other than the U.S. or exclusive to Canada. This was especially true prior to 1965, which was the year President Lyndon Johnson and Prime Minister Lester Pearson signed a pact that softened tariffs and trade restrictions specifically related to cars and car parts. Other factors driving these divergent product offerings include the exchange rate between their dollar and ours, the mostly rural geography and, yes, the slight variations in culture. Intrigued? Click the arrow to start perusing our 10 favorite Canadian-market car curiosities, ya hoser. 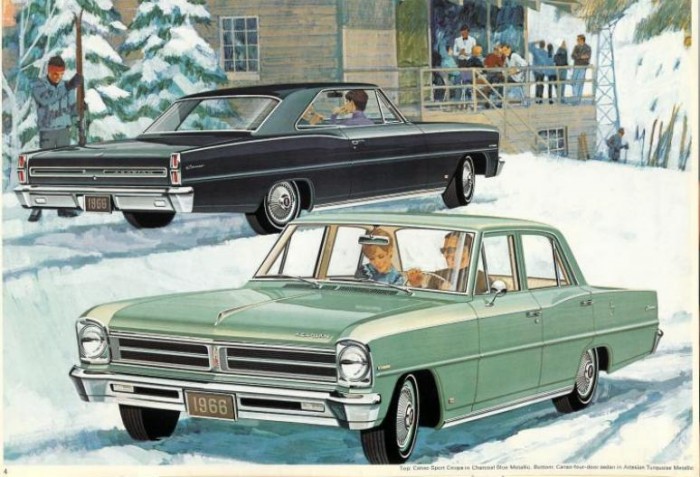 When Pontiac introduced its Tempest compact as a 1961 model, it chose not to offer it in the Great White North; at the time, tariffs on cars containing a large percentage of foreign parts – yes, even parts from the U.S. – would have made the petite Pontiac cost about as much as the Canada-made full-size models. But the country’s small-car-starved Pontiac dealers (which usually sold Buicks and GMC trucks, too) received salvation the following year in the form of Chevrolet’s Chevy II…except it wasn’t called a Chevy II. Nor was it a Pontiac (though it did feature a new grille, taillights and other trim items that lent it Pontiac-ish appearance). General Motors Canada actually gave the model its own brand: Acadian. That first year, there were two series of Acadian, the basic-transportation Invader (similar to the regular Chevy II) and the noticeably-glitzier Beaumont (similar to the Nova).

For 1964, the Beaumont name moved to a variant of the mid-size Chevrolet Chevelle, and the upmarket small Acadian was renamed the Canso. In 1966 the second generation Invader/Canso arrived (concurrently with the new Chevy II, of course), along with a new top engine option for the Canso Sport Deluxe (analogous to the Nova SS): The 350 horsepower L79 version of the 327 cubic-inch (5.4L) Chevrolet Small Block V8. Unsurprisingly, these hot little numbers were even rarer than their Bowtie-badged USDM cousins, and they are highly prized today. 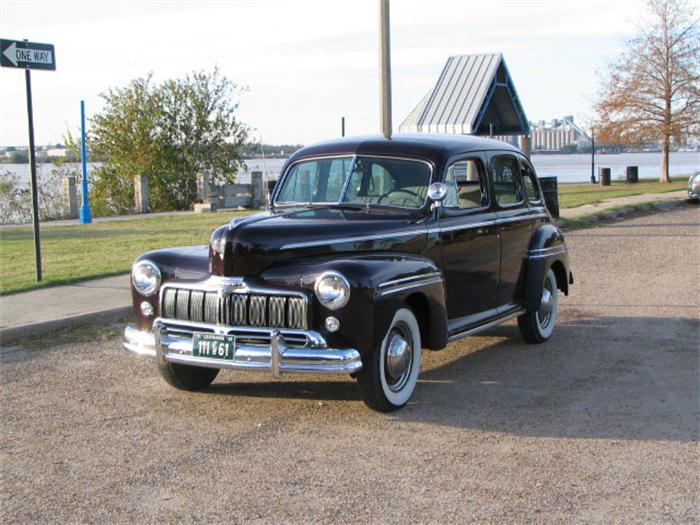 As North American car production resumed for the 1946 model year after World War II ended, Ford and Mercury rolled out lightly-updated versions of their pre-war models. However, there were some extra additions to Dearborn’s north-of-the-border lineup: Canadian Ford dealers offered the Monarch (a Mercury-based range with Ford-like styling and trim), while Mercury-Lincoln dealers introduced the Mercury 114 series, so named because it used the Ford’s shorter 114” wheelbase chassis and bodyshells. Engine-wise, the 239 cubic-inch (3.9L) Flathead V8 used by Mercury since the brand’s 1939 debut was standard across the board. Why create these seemingly redundant new model families? Blame geography: Canada has many small towns, so small that having both a Ford agency and a Mercury-Lincoln agency wasn’t feasible. Couple that with the vast distances separating a lot of those towns, and you have a definite need to cover a broader swath of the marketplace.

With that in mind, the Mercury 114 served its purpose, giving Canadian Mercury-Lincoln agencies lower-priced models to sell. Come 1949, though, there was the totally-new “Shoebox” Ford, and Ford of Canada emphasized the platform’s newness by separating the Ford-based models from the Mercury line and giving them their own nameplate: Meteor. 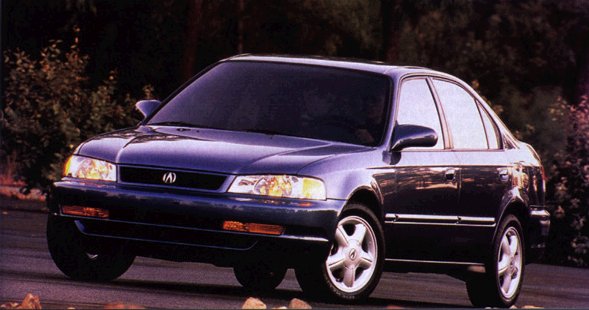 In the mid-1990s, as the Acura Integra grew larger and pricier, Canadian dealers saw fewer and fewer buyers stepping up to the brand. Beginning with the 1997 model year, Honda Canada’s solution was to replace the Integra sedan with an Ontario-built version of the just-introduced second-generation Domani, a restyled JDM sister model of the Civic sedan. The interior of the 1.6 EL was much the same as that of the Civic, but it was fitted with additional goodies like CD player, keyless entry, sunroof and heated leather seats that were either standard or optional. Cap it off with a slightly firmer suspension setup and you have a car that was a slightly-less-cynical gussying-up of an economy car than was the Cadillac Cimarron.

And lo and behold, new car buyers put down their Timbits and bought them by the thousands. So successful was the 1.6 EL, in fact, that it was replaced by the 1.7 EL in 2001 (which was based on the equally-new Civic sedan), which was itself succeeded by the CSX (yet another Acura-fied Civic four-door) in 2006. Today, Acura Canada’s starter model is the ILX, a car that, unlike its predecessors, is available down here, too. 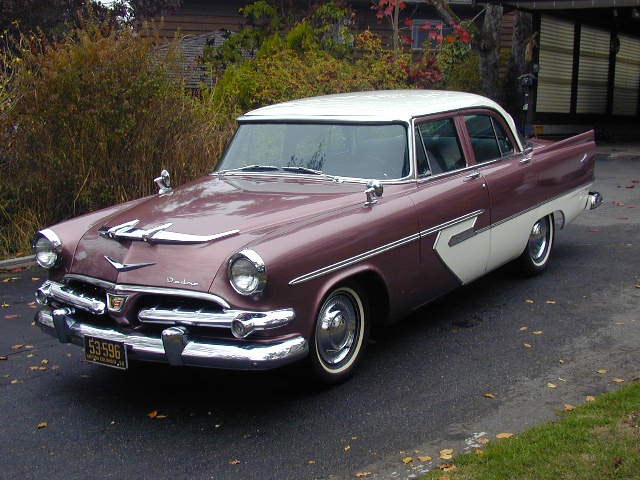 Have you ever seen a Plodge? No, it’s not a medical malady, nor is it a slimy invertebrate; it’s a nickname commonly assigned to Plymouth-derived Dodges that Chrysler sold in export markets – Canada among them – in the 1940s and ‘50s. The most prolific Plodge offered in Canada was the Mayfair, which was part of the lineup from 1953 to 1959. From the cowl rearward, it was a Plymouth Belvedere; from the cowl forward, it used modified Dodge front bodywork. It was a simple but effective way of giving Canadian Dodge dealers a lower-priced model to do battle with the likes of Ford, Meteor, Chevrolet and Pontiac, and it served the company well until 1960, when it was superseded by the new Dodge Dart (which was Plymouth-based but, unlike the Mayfair and its ilk, also sold down here). 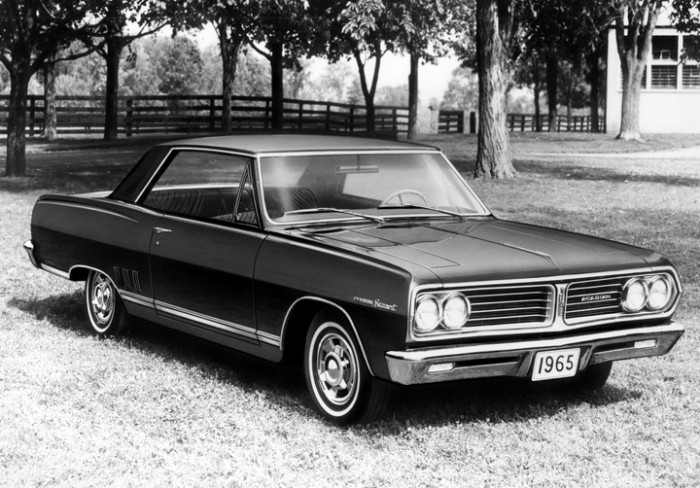 As mentioned earlier, the Acadian Beaumont switched to the Chevrolet Chevelle platform in 1964. The 1966 model year saw an even bigger change, as Beaumont was spun off into its own nameplate. As before, the cars were based on the Chevrolet Chevelle/Malibu body and chassis, with Chevrolet engines and transmissions and different grilles, taillights and other exterior trim items. But this time around, the Chevelle bodyshells were actually fitted with Pontiac Tempest dashboards. And, like the Canso, the Beaumont was offered in various Chevelle-SS-like Sport Deluxe (SD) iterations, up to and including the top dog 396 cubic-inch (6.5L) Big Block V8 rated at 375 horsepower. 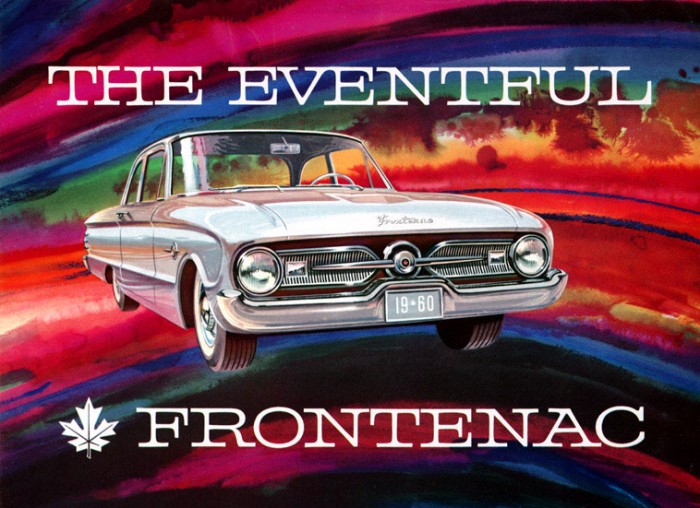 When is a Ford Falcon not a Ford Falcon? When it’s a Frontenac, of course! This 1960-only offering actually marked the fourth and most recent time an automobile wore the name of one of the first French governors of New France (one of Canada’s former names), and it was created as a stopgap solution of sorts. See, Canadian Mercury-Lincoln dealers wanted a compact of their own but, for some reason, HQ wasn’t ready to send the Comet (which was originally scheduled to be an Edsel before that sad experiment’s plug was pulled early in the 1960 model year) up there. So the design team grabbed a hold of the equally-new Falcon, gave it a blingy new grille insert and some different badges and called it the Frontenac (Like Meteor and Monarch, it was considered a marque unto itself.). A mere 9,536 Frontenacs – all powered by the Falcon’s 144 cubic-inch (2.4L) straight-six – emerged from Ford’s Oakville, Ontario factory before production ended once and for all. This wasn’t because the Frontenac was a failure, but because the Comet was made available in Canada starting with the 1961 model year. 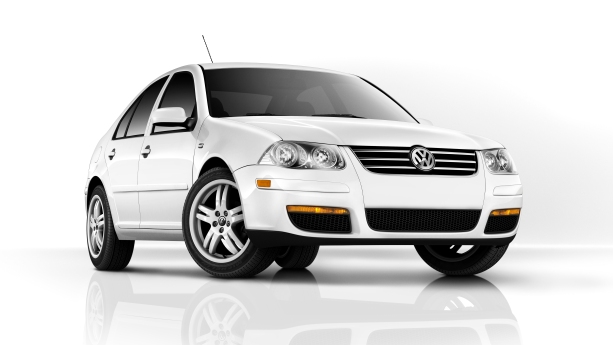 The fourth-generation Volkswagen Jetta was a colossal hit for VW’s North American operations. But if you stand still in the auto industry for too long, you might as well be moving backwards, and by 2005 Volkswagen was ready to retire the Jetta Mk. 4 in favor of a new, more refined model. For its part, though, Volkswagen Canada was concerned that the $20,000+ CAD starting price of the new fifth-gen Jetta (and Golf, for that matter) would scare away would-be buyers. Thus, the fourth-generation Jetta and Golf were reintroduced to the Canadian Market for the 2007 model year as the City Jetta and City Golf. Twelve months later, both models received sharp new front and rear styling that made them look more like their newer siblings. In fact, if you squint, the City Jetta looks like a miniature Phaeton. However, the lone engine option – Volkswagen’s long-serving (and -suffering) 115 horsepower SOHC 8-valve 2.0L inline-four – hardly seemed like a product of the same company that built that questionably-badged S-Class foe…not that most VW customers that were short on loonies were in a position to complain. 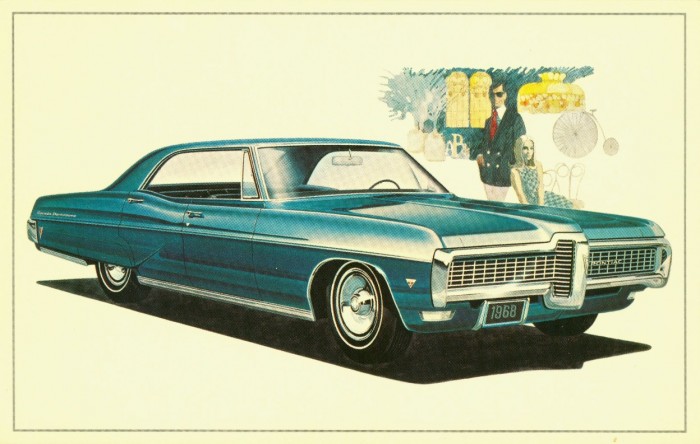 If you were to take a quick glance at a Canadian full-size Pontiac made between 1938 and 1971, it wouldn’t look all that different from an American Pontiac. But it was a quite different car underneath: The engines, transmissions, chassis and many of the underlying body panels were actually shared with Chevrolet. Blame (or thank, depending on your perspective) concerns regarding manufacturing costs and import duties for GM keeping the genuine Poncho parts on this side of the border.

Nevertheless, this unusual arrangement led to many interesting CDM-specific Pontiacs, but none of them were as opulent as the Grande Parisienne. Based on the Chevrolet Caprice two- and four-door hardtops, the Grande Parisienne could be had with most of the power accessories mid-1960s car buyers could ask for, peppy Small Block and Big Block Chevy V8s, and front bodywork borrowed from the USDM Grand Prix. And because the Grand Prix was only available in two-door form, the only way to get that model’s unique front end with its hideaway headlights in family-friendly four-door form was to, to paraphrase a refrain popular with boosters of U.S. manufacturing, buy Canadian! 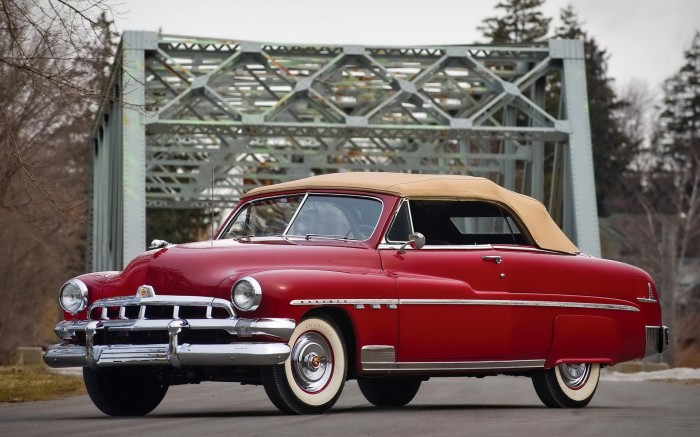 As mentioned above, Canadian Mercury-Lincoln dealers got re-trimmed Fords to appeal to budget-conscious buyers, andstandalone Ford dealers had Monarchs, which were restyled Mercury models. The first Monarchs arrived in 1946 and sold reasonably well, but that didn’t stop Ford from discontinuing the nameplate after 1957. In its place, the company began offering the all-new Edsel brand up north but, just as it was down here, the label was a ginormous flop, so it was replaced with a new family of Monarchs for the ’59 model year. Alas, the revival only lasted through 1961, as the mid-price car market was contracting and Ford had debuted its own fancy trim level (Galaxie). But for that magical first decade-and-a-half after the war, automotively-literate border-town-dwelling Americans got the occasional thrill of seeing one of those funny-looking Mercs out in the wild. 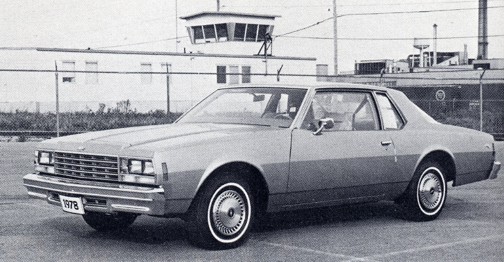 After 26 years in Chevrolet’s U.S. full-size passenger car lineup, where it had gone from rakish, range-topping two-door hardtop to bargain-basement, aimed-directly-at-fleet-buyers stripper, the beloved Bel Air moniker was retired at the end of 1975. However, Canadian Chevy dealers kept selling Bel Airs in 1976. And when Chevrolet rolled out the new drastically-downsized Impala and Caprice lines for 1977, there was a new Canadian Bel Air range (coupe, sedan and wagon) rolling out of the Oshawa, Ontario plant to join them. Chevrolet’s venerable 250 cubic-inch (4.1L) inline-six was the standard power source for non-wagons, while the 305 cubic-inch (5.0L) or 350 cubic-inch (5.7L) Small Block V8s were available (and the former was standard on the wagon). The standard feature list was shorter than that of the Impala, but it did feature goodies like power steering, automatic transmission and a fully-carpeted interior.

A 1980 facelift (identical to the one applied to the Impala) saw reshaped exteriors, new gas engines (a V6 and a smaller V8), and the infamous Oldsmobile-supplied 5.7L diesel V8. The diesel’s shortcomings surely didn’t help the Bel Air’s survival prospects, but the main reason for the model’s demise at the close of the 1981 model year was Canadian buyers’ diminished appetite for full-size cars, as Pontiac, Ford and Mercury also culled their Canuckistani big-car herds around the same time.