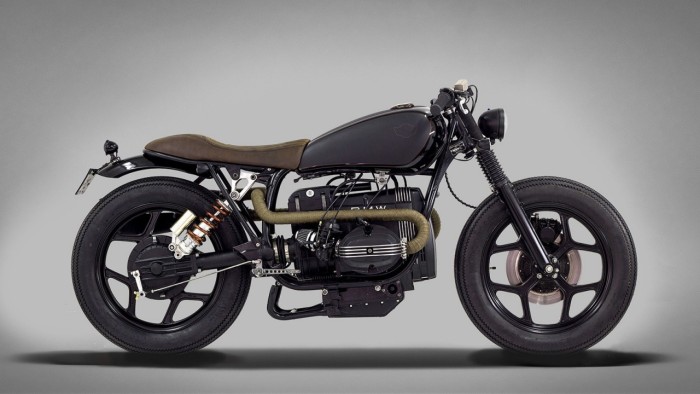 Today, motorcycles with single-sided rear swingarms aren’t terribly unusual. However, in the early 1980s, they were still quite exotic, which is why the so-called “Monolever” versions of the BMW R80 RT and R100 RT grabbed a sizable chunk of attention when they debuted in 1984. Here were bikes that combined the BMW Motorrad hallmarks of flat-twin power and shaft-drive with “the-future-is-now” one-legged rear suspension design. But that wasn’t enough for one particular London-based R80 RT owner, who enlisted the services of Ton Up Garage to make this late-classic Beemer even more distinctive. 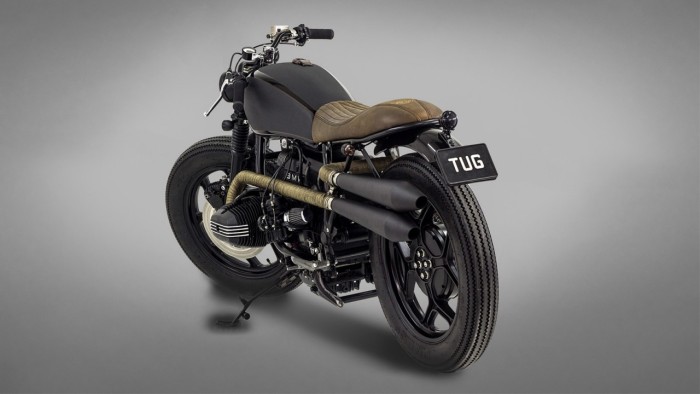 The Ton Up Garage team – headquartered in Porto, Portugal and led by co-founders Pedro Oliveira and Daniel Cabral – started this build by stripping the motorcycle(now known as Indira) down to the bare frame, inspecting every fastener and weld. They also took the time to fabricate new rear suspension mounts aimed at improving the geometry and allowing for the fitment of a modern coilover setup, and installed a new streamlined gas tank and seat. 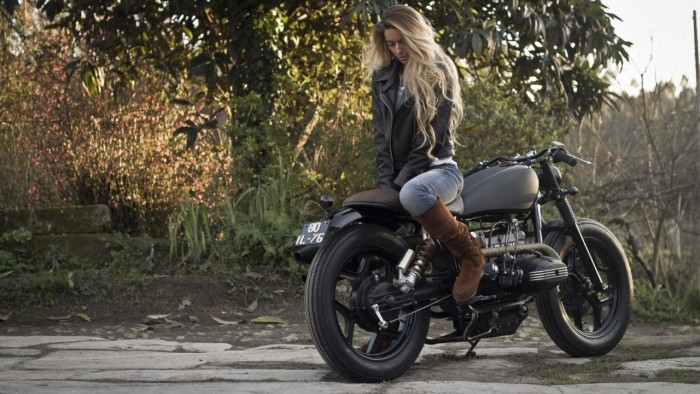 The stock lighting and instrumentation, meanwhile, has been ditched in favor of simpler, less bulky replacements, while the 800cc boxer-twin now exhales through a custom, thermo-wrapped exhaust system and the whole ensemble rolls on a pair of retro-cool Firestone Deluxe tires. The sum of all those parts is a bitchin’ black BMW that probably looks just as good in the heart of the British capital as it does in these photos out in the countryside (of course, the lovely lass with the knee-high boots and metalflake silver skid lid might have some effect on that). 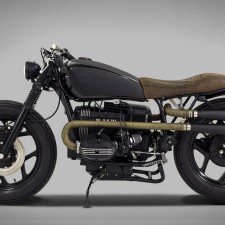 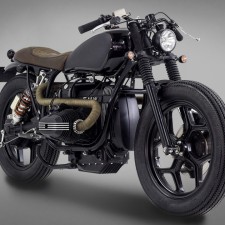 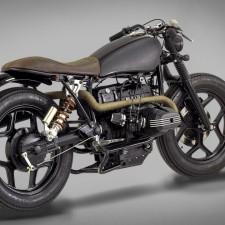 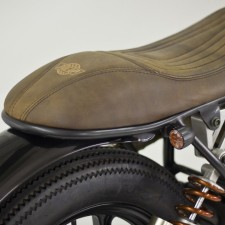 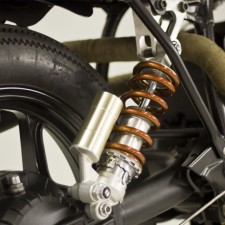 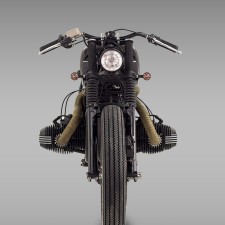 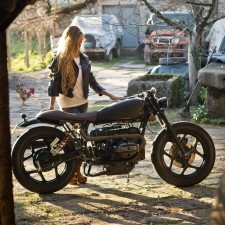 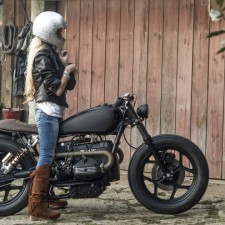 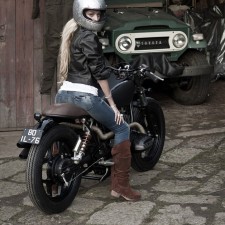 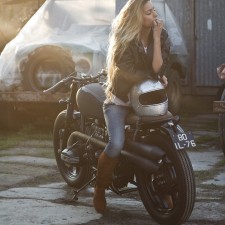 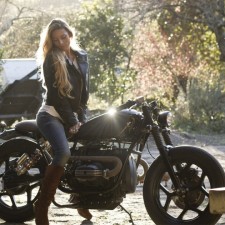 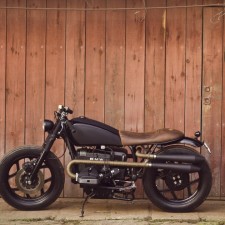 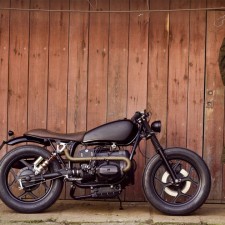 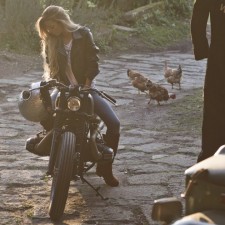