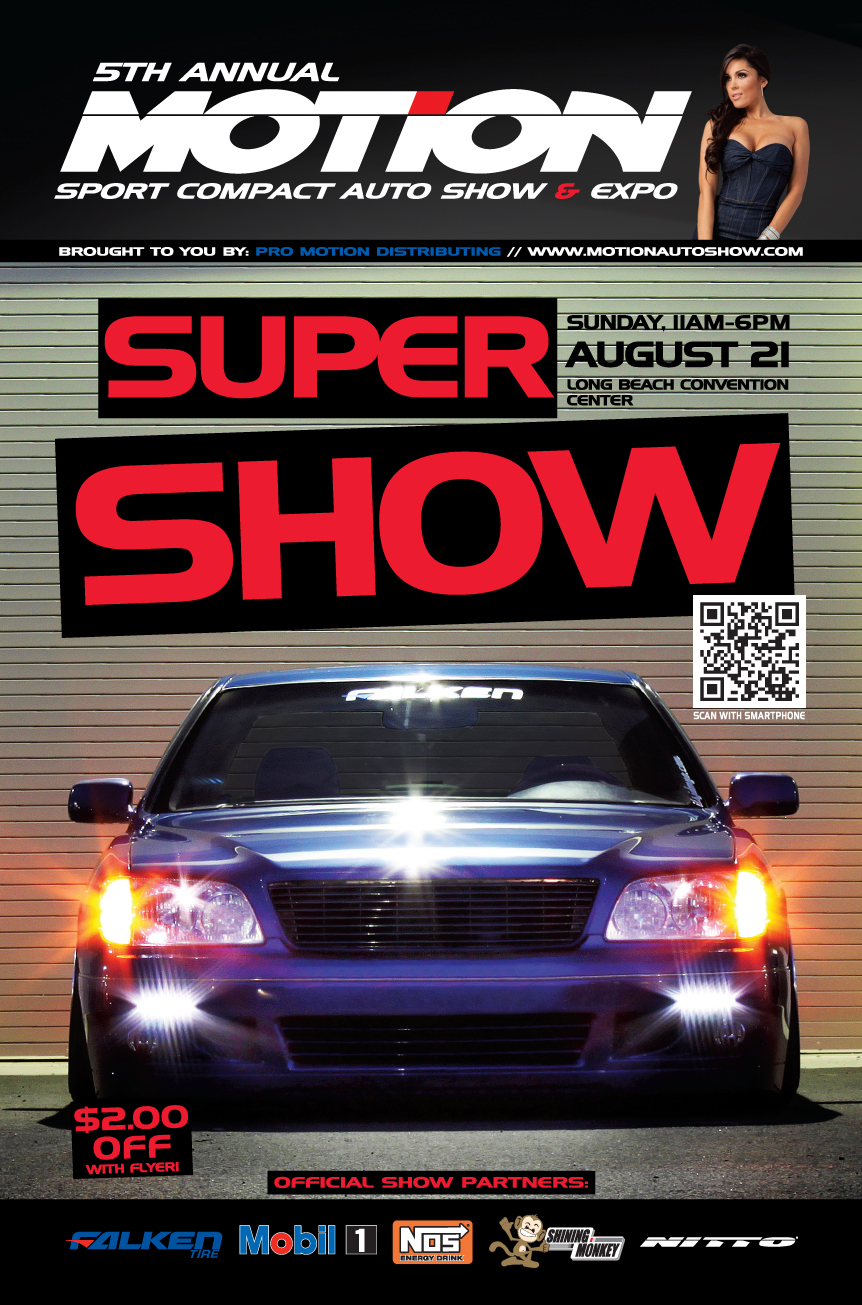 The 2011 Motion Auto Show & Expo is fast approaching. The event will take place indoors at the Long Beach Convention Center on Sunday, August 21st between 11am and 6pm. The car show should be extremely competitive with some of the best import tuners on the West Coast in attendance. The coveted trophy is actually being designed by Troy Sumitomo of 5-Axis. Plenty of eye candy will complement the slick rides while on-stage entertainment will include an urban dance competition, lingerie show and bikini contest! And Sub5zero has a bunch of tickets to give away to the show!

Here’s what you need to do in order to be entered to win. Tickets are provided on a first come, first serve basis:

Here is how your enter 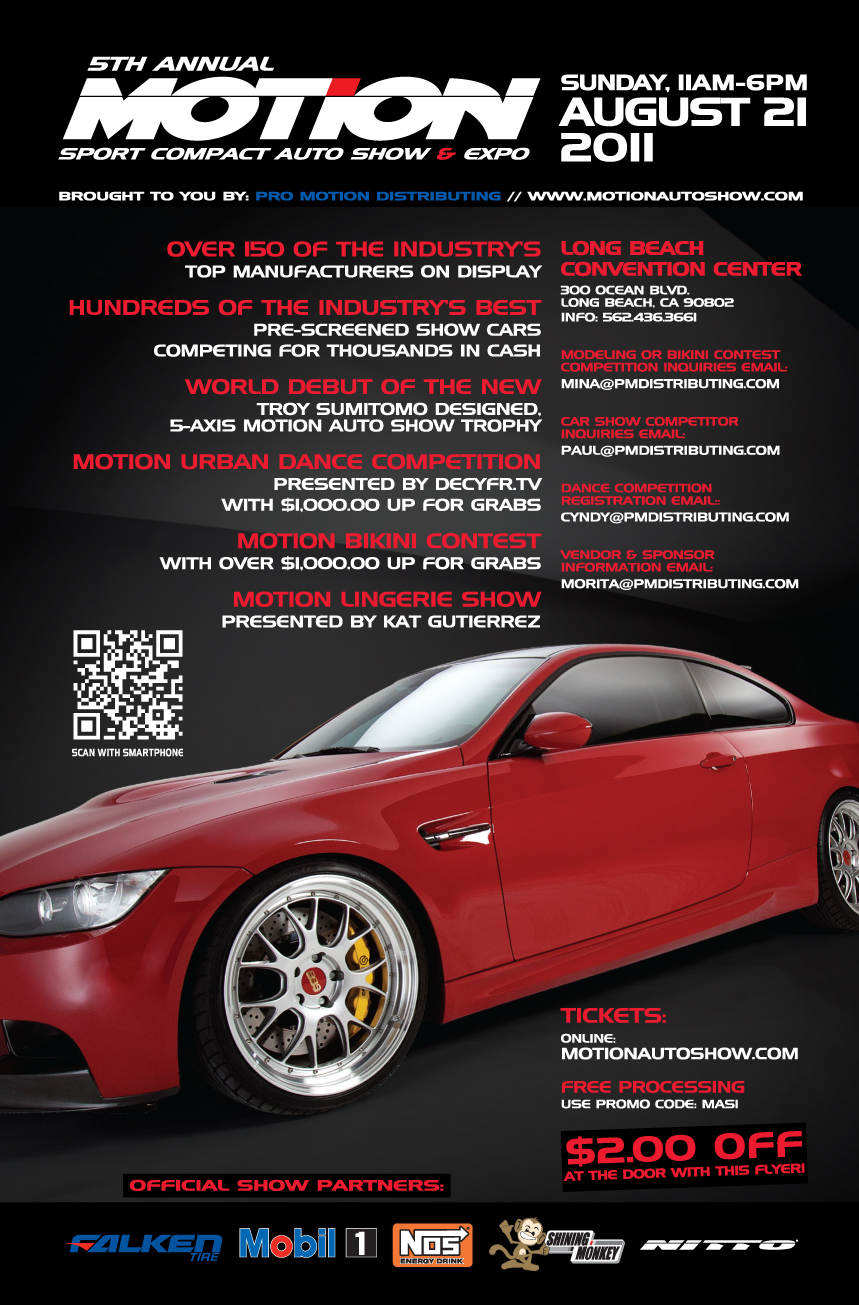