This English Manor House Has the Best Basement Ever [w/ Video] 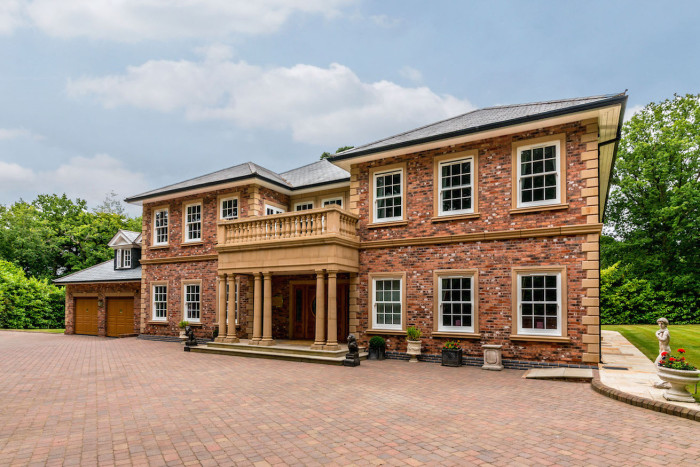 Having residedin Southern California our whole lives thus far, the concept of a basement remains a novelty to us. Yes, we realize that most residential basements in this country are used for storing a) piles and piles of seldom-used stuff you’d be better off unloading via a yard sale or b) the adult child who, shockingly, hasn’t been able to parlay his or her four-year degree in Micronesian Gender Studies through Interpretive Tapdance into full-time employment, but even smallish cellars have the potential to be awesome. Retro arcade, home theater, model railroad, workshop…the list of cool uses goes on and on! But the basement of this English manor house might have the longest list of all. 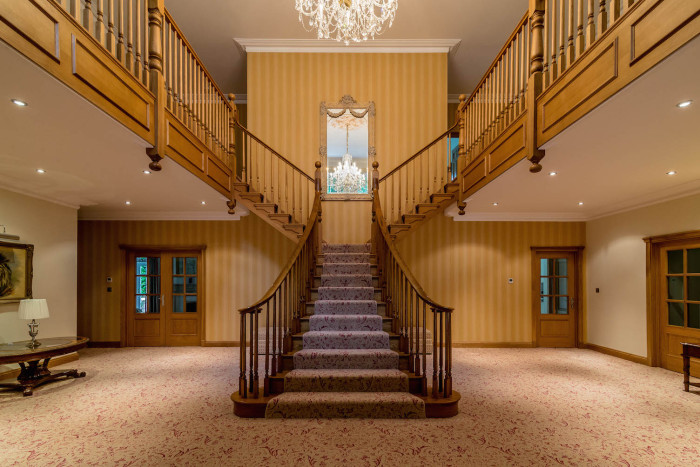 Located on the northeastern outskirts of Birmingham in the town of Sutton Coldfield, this roughly one acre estate – which is close to shopping, dining and a train station – is dominated by a handsome newly-built 12,000 square foot brick-sided house that features seven bedrooms (most with en suite bathrooms), three lounges (including one with wallpaper that looks like fully-stocked bookshelves, so you can look more learned/well-read than you actually are), a grand oak staircase in the reception hall and an expansive backyard for hosting garden parties, playing croquet and all those other stereotypically British outdoor activities. But about that basement…

Look at this place! The listing agency says this subterranean garage (or showroom, as they’re calling it) has room for at least 25 cars, or more if you park them a bit closer together. Vehicles enter and exit via a scissor lift; from the outside, the house looks like it has an attached ground-level two-car garage. Needless to say, if we were relocating to central England and had 3.25 million pounds (orabout $4.9 million) to spend on a domicile, we’d give this place a very close look. 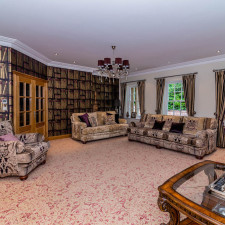 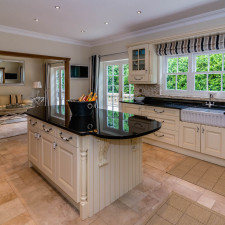 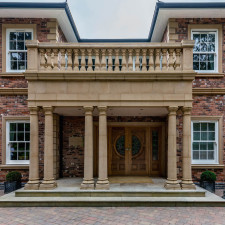 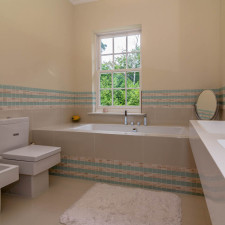 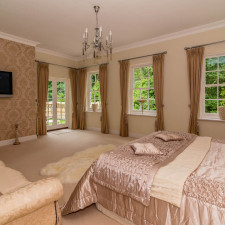 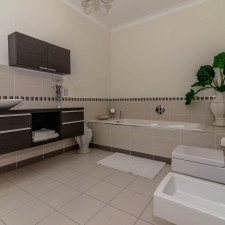 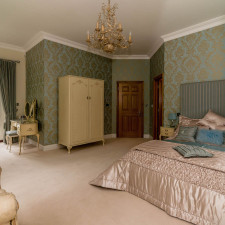 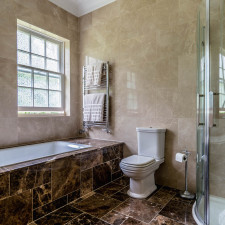