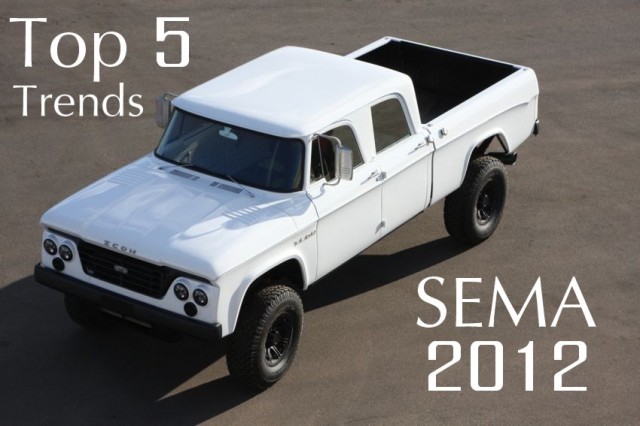 It’s hard to believe that November is upon us yet again, but a check of the calendar (and, in less well-behaved neighborhoods, candy wrappers and/or smashed jack-o-lanterns on the street outside) indicates that that is indeed the case. And for fans of and builders of custom cars, trucks and motorcycles, their equivalent of Christmas comes every year during the first week of the eleventh month. That is when the SEMA Show sets up shop at the Las Vegas Convention Center, bringing with it all the chrome, carbon fiber and cheesecake you can handle.

But one of the other attributes of SEMA that is frequently overlooked is how it acts as an instrument for measuring which vehicle modifying trends are hip or soon will be hip. Hike enough miles of exhibit space and you’ll start to see some clear patterns form. These patterns, in turn, can point to the popularity of a particular style of customization, or vehicles being used as starting points for customizing projects. Here are what we believe to be the five hot or about-to-be-hot trends on display in America’s preeminent adult playground. 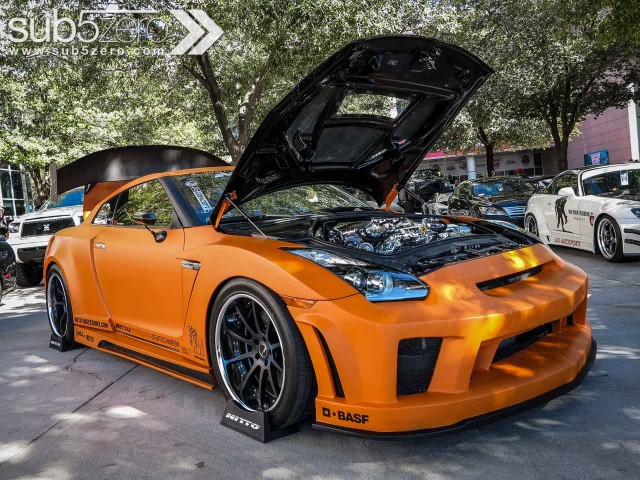 While we’re baffled by the staying power of matte finishes and all-black “murdered out” color schemes, we’re fairly confident we know at least one of the chromatic fads that will replace them once they do fall out of vogue. And its name is orange. The color-that-rhymes-with-nothing (though, come to think of it, the same can be said of purple) is being very well represented in Sin City, particularly by this sick widebody GT-R. Clearly, the Ornch Car Cult’s master plan is working perfectly. 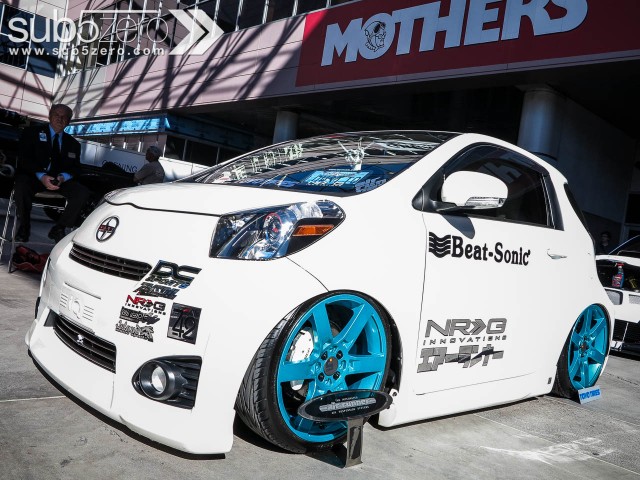 With the line graph for gas prices of late looking like a ride design the bigwigs at Six Flags rejected as “too hardcore,” subcompact cars – and now sub-subcompact cars like the Fiat 500, Scion iQ(shown) and recently introduced Chevrolet Spark – are starting to gain a foothold here in the land of Suburbansaurus Rex with ordinary consumers and tuners alike. This isn’t terribly surprising, as their affordable purchase prices leave buckets of baksheesh leftover for personalization. Combine that with fantastic fuel economy and maneuverability and these little runabouts become very attractive. 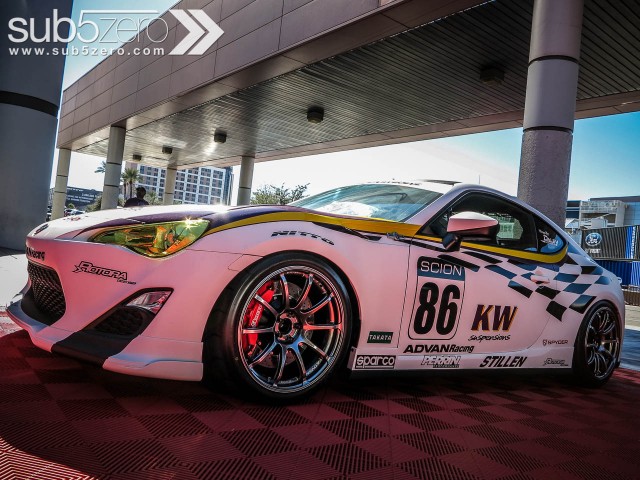 Anyone who didn’t expect the Scion FR-S/Subaru BRZ tag team to be the darling of the tuning community right out of the gate clearly doesn’t know how the car enthusiast brain works. The mere idea of a small, light, cheap-ish rear-wheel-drive coupe is all it takes to perk up almost every pair of ear in these circles. But to build such a marvelous machine and offer it for sale? You bet your backside us gearheads are going to be all over it. And SEMA Show organizers were all over it, too: They named the FR-S the Hottest Sport Compact of this year’s event. 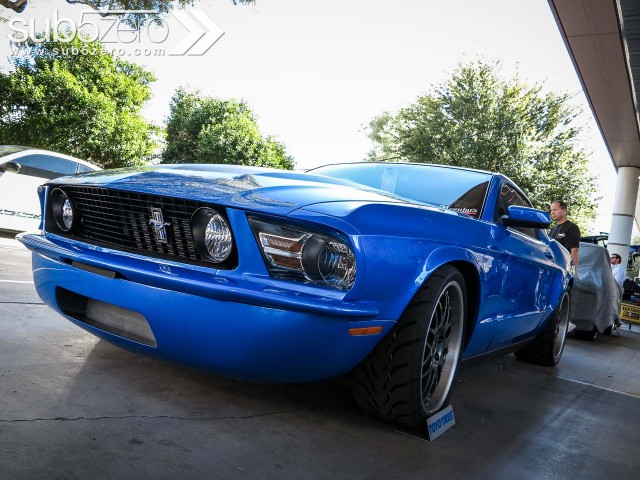 No, don’t worry, we aren’t talking about dropping a third gen Prius’s battery pack into first gen model. We are, however, talking about mixing the DNA of modern muscle cars like the Ford Mustang and Chevrolet Camaro with that of their predecessors. Some use the bones of the classic originals and give them modern mechanical and cosmetic touches; the Mustang above features a 2012 nose and roofline on a 1968 body. Others start with modern cars and graft classic body parts onto them. The latter seems more popular, especially with new Camaros being restyled to look like the fifth generation Pontiac Firebirds and Trans Ams that woulda/coulda/shoulda been.

Finally, continuing with the theme of mixing old with new, SEMA 2012 is the coming out party for a couple of classic crew cab Dodge pickups with modern innards. Icon put together a lovely white 1965 Dodge D200 riding atop a modified late model Dodge Ram 3500 chassis and powered by a Banks Power tweaked 5.9L Cummins inline-six turbodiesel putting down 975 lb.-ft of torque. Legacy Classic Trucks, meanwhile, is showing off a big green Power Wagon – the famous WWII era 4×4 brute – with a gaggle of modern bits aimed at improving capability and reliability, including beadlock wheels and a 3.9L Cummins inline-four turbodiesel generating 480 lb.-ft. These king-sized, king’s-ransom-priced trucks certainly aren’t for everyone, but we’re thinking they are about to become the it toys of the rich and famous.