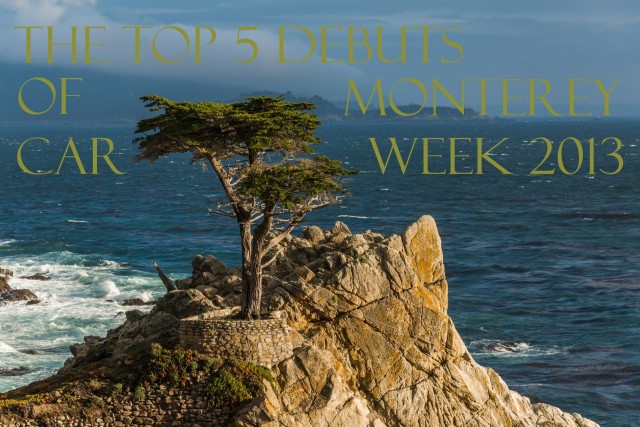 Although not part of the international auto show circuit per se, Monterey Car Week (the annual motoring festival anchored by the Pebble Beach Concours d’Elegance and the Rolex Monterey Motorsports Reunion, plus numerous other concours, driving tours and get-togethers) is quickly becoming one of the hippest places for manufacturers (and high-end tuners) to debut their newest offerings. This trend became even more prevalent in 2013, as there were at least a dozen high-end, high performance production cars (and production cars masquerading as concept cars) making either their world or North American debuts. However, we reckon the following five vehicles were the most noteworthy premieres on the peninsula. 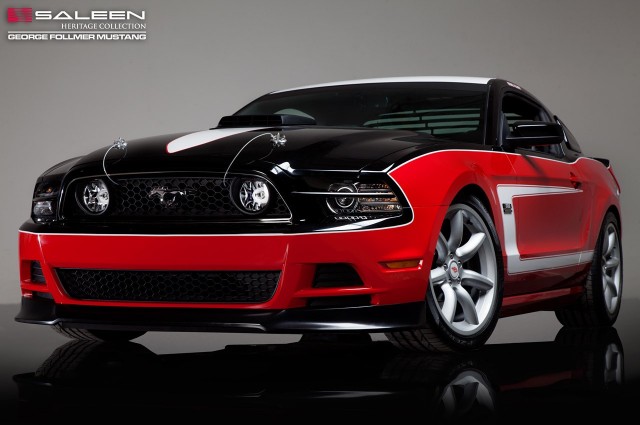 Tuning legend Steve Saleen and team have already done special edition Ford Mustangs paying tribute to racing legends Dan Gurney and Parnelli Jones and the Mustangs they drove in the Trans-Am Series back in the day. Now, after a gap of a few years, Saleen is getting back into the Trans-Am hero game, starting with the George Follmer Edition Mustang. Decorated in the distinctive red, white and black livery of Follmer’s Bud Moore-prepared factory-backed 1969 Boss 302, this fab Ford is based on the current 5.0L Coyote V8 powered Mustang GT. However, a cold air intake and other enhancements will raise the V8’s output from 420 horsepower to an estimated 470hp.

And if you want Saleen to build you a classic Trans-Am homage but you don’t bleed Ford blue, you’re in luck: The company used the Follmer Mustang unveiling to also announce plans for a Mark Donohue Edition Camaro and a Swede Savage Edition Barracuda (the latter made from a Dodge Challenger, of course). Now, if only Trans-Am could go back to using production-based pony cars… 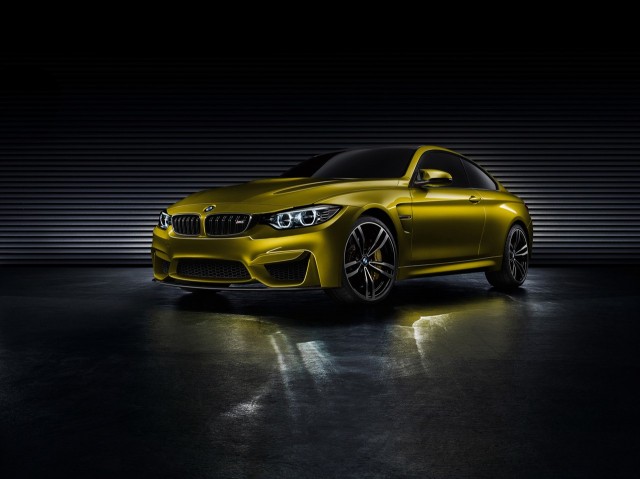 In case you haven’t already heard, BMW has killed the M3 Coupe. Now before you bust out the torches and pitchforks, you should know that a replacement is on the way. It’s going to be called the M4, which is no surprise since the 3 Series Coupe (and, eventually, Convertible) range has been re-designated the 4 Series. And to give us all an idea of what to expect from the production M4, BMW has created this M4 Concept, though calling this probably-98%-final prototype a concept is like calling Lindsay Lohan an ideal role model for pre-teen girls: Misnomer City, yo.

There’s no official confirmation regarding what will be powering the production M4, but our money is on a 3.2L twin-turbo straight-six making about 450 horsepower. We (and you) will know more about the production M4 when it makes its debut, which could come at Frankfurt next month or Los Angeles in November. 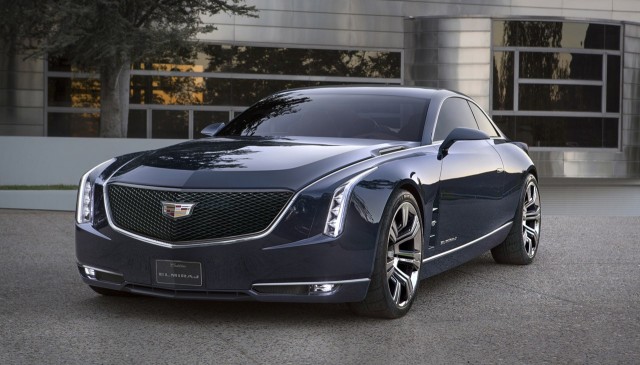 Two years after debuting the gorgeous Ciel four-door convertible concept at Pebble Beach, Cadillac has used the event to once again put the motoring world’s collective chin on the ground with a striking concept car. This time around, that concept is called the Elmiraj (a play on El Mirage, a dry lakebed north of L.A. that has been a popular speed trial venue since the birth of hot rodding), a sensuous hardtop coupe. As you’d expect, the interior is trimmed in exotic woods and leathers, but a floaty boulevard cruiser like your granddaddy’s Eldorado this ain’t: A twin-turbocharged 4.5L V8 (which we’re guessing is Gen 5 Small Block based, since the planned replacement for the DOHC Northstar was cancelled a few years ago) sends the better part of 500 horsepower to the rear wheels. Cadillac says elements of this car – both engineering and stylistic – will start appearing on production models in the years to come. Bring ‘em on! 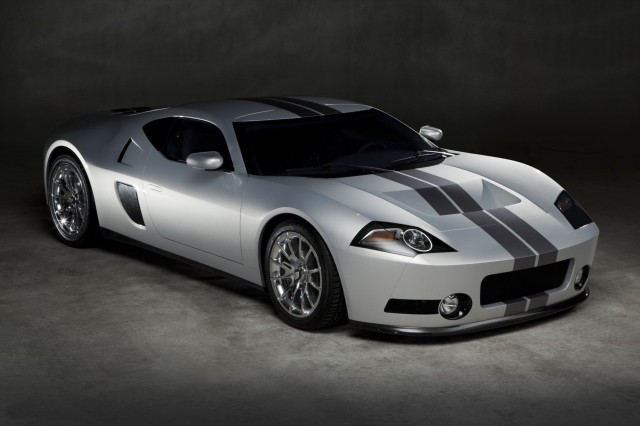 SoCal megadealer Galpin Ford and its tuning arm Galpin Auto Sports (GAS) have been teasing their own supercar, the GTR1, for a while now, but Monterey Week marked its first public showing in-the-metal (or carbon fiber, as the case may be with that custom, Shelby GR1 Concept inspired bodywork). And it also marked the emergence of the mechanical details of this Ford GT-based beast: The 5.4L V8’s supercharger has been replaced by a pair of turbochargers, which help elevate output to 1,024 horsepower and 739 lb.-ft of torque on premium unleaded. Feed it 100 octane racing gas, and the numbers climb to 1,197hp and 887 lb.-ft. 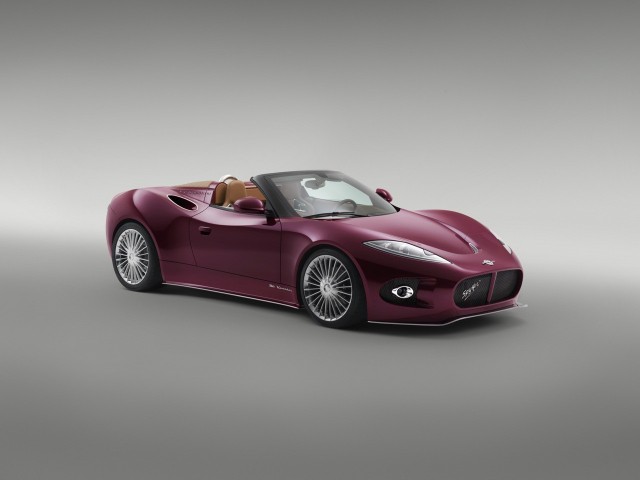 After failing to make a going concern out of Saab, Spyker tumbled to the floor and was down for the count. But just as the ref was about to slap the mat for the tenth and final time, the Dutch supercar firm has seemingly staggered to its feet with a new model called the B6 Venator. And having shown the coupe version earlier this year, Spyker chose Monterey Week to premiere this “concept” roadster version, the B6 Venator Spyder. As with the coupe, the estimated 375 horsepower will come from a supercharged V6 of undisclosed origin (Spyker reps have reportedly implied it’s not the brand’s former engine supplier, Audi, which leads us to believe it’s instead Jaguar/Land Rover’s 3.0L unit.), and the price tag for the Spyder should be in the neighborhood of $150,000, or about ten grand above that of the coupe. Look for U.S. deliveries of the production Venators to begin late next year.