The Top 5 Coolest OEM Car Accessories of All Time

Automotive accessories, in case you haven’t noticed, are big business. So big a business, in fact, that just about every original equipment manufacturer (OEM) is in on the act. Most such factory-blessed add-ons might help the manufacturer and/or its dealers improve the bottom line, but let’s face it: They’re pretty damn dull. Anyone who gets hot and bothered by branded rubber trunk floor mats, wheel locks and bug deflectors clearly doesn’t get out much.

Fortunately, some automakers have thought outside the box over the years when coming up with accessories. It didn’t always work out for the best, but right off the top of our head we can name at least five OEM accessories that are cool as can be even if you ignore the car with which they came. Here, in a randomly selected order, they are. 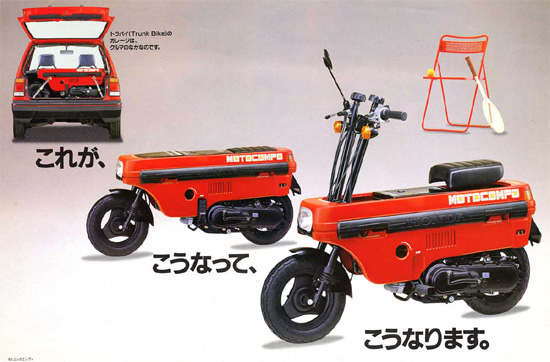 If Japan could be described in one word, that word would probably be crowded. As a result, tiny cars – be they ones that conform to the government’s kei car regulations or ones that are slightly larger – make up a massive chunk of the new car market over there. The Honda City of the 1980s was just such a car, and was a huge seller in its day. But there were places where even its diminutive dimensions weren’t diminutive enough. That’s when the Motocompo came into play.

The Honda Motocompo – produced between 1981 and ’83 – was a folding 49cc gas powered scooter around which the City’s trunk was actually designed. The idea was you’d drive the City to a destination, park, yank the Motocompo out of the trunk, unfold the seat and handlebars, and putt-putt around to either get to your final destination or cover more area without having to get back in the car and hunt for another parking spot. It’s a nifty idea that still has a lot of appeal, maybe more now than it had then. 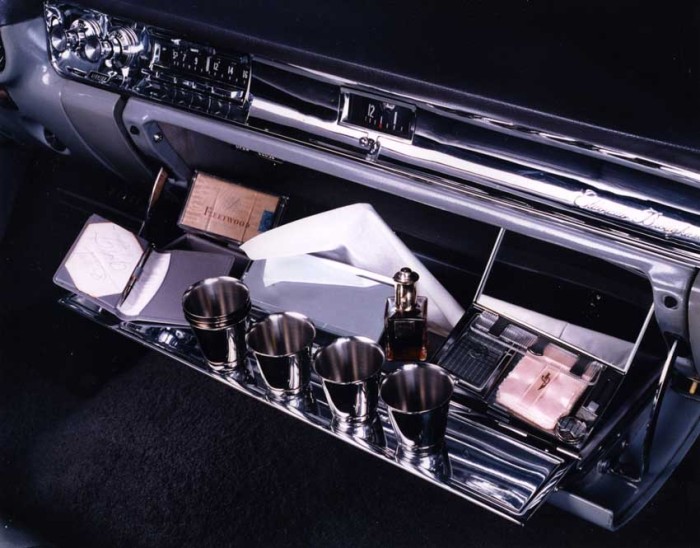 If the long, successful run of Mad Men proved anything, it’s that there are still quite a few people who harbor at least a little nostalgia for the days when men were men, women were women, and secondhand smoke was the Febreze of its time. And one of the cars – perhaps the car – that told the world you’d made it in those days was the 1957-’58 Cadillac Eldorado Brougham. This mostly-hand-built four-door hardtop was easily identifiable by its stainless steel roof, rear suicide doors, and an eye-popping $13,074 price tag (which works out to $110,880.55 today).

However, none of those special features could trump the Mad Men-est one of all on this classic Cadillac super luxury sedan: A set of six shot glasses that clung to the inside of the opened glovebox door via magnets. There’s no way in hell that add-on would be approved today, which just goes to show the past might as well be a different planet. 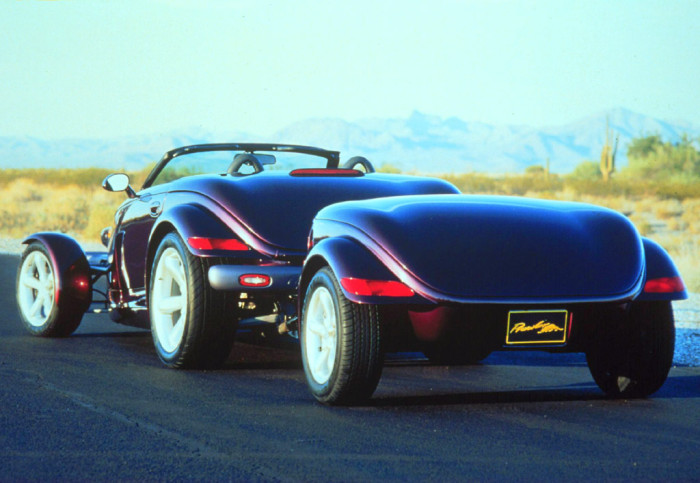 The Plymouth (later Chrysler) Prowler is easily one of the wildest production automobiles of the last 25 years. Alas, it was not without three quite glaring faults: No V8 under the hood (though, as the Howler Concept proved, Chrysler’s SOHC 4.7L V8 could be persuaded to fit under one), no manual transmission (again addressed by the Howler), and zero trunk space. Thankfully, the company was quick to respond to the third criticism by offering a highly effective solution to the laughable lack of luggage space: An optional matching trailer.

And when we say matching, we do mean matching; the exterior appearance of the single-axle trailer exactly mirrored that of the rear third of the Prowler. It wasn’t an entirely original idea, as builders of the hot rods on which the Prowler’s looks were based had been doing the same thing for some time prior to the Prowler’s 1997 introduction, but that doesn’t make it any less clever in our book. 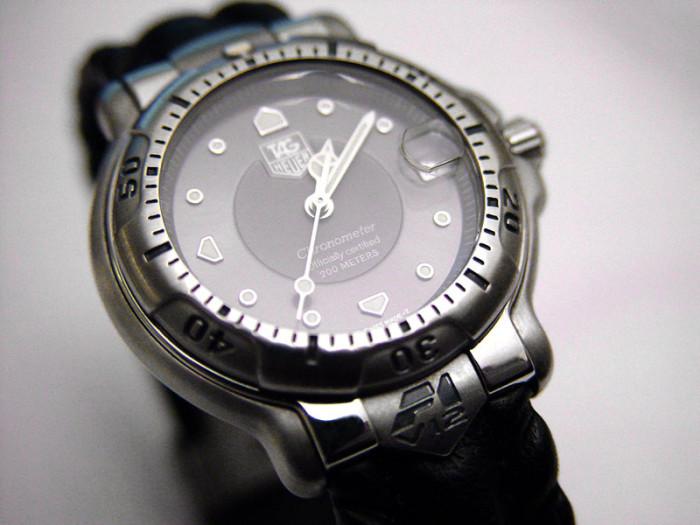 Even as its 25th birthday rapidly approaches, the McLaren F1 has still got it going on. Of course, it was an even bigger deal when it debuted, and not just for its incredible stats; the F1 set watch nerds’ tongues a-wagging by including a special edition TAG Heuer 6000 Chronometer with the roughly $1 million purchase price.

Just 64 of these handsome watches were produced (one for each McLaren F1 street version made), each featuring the stylized “F1” and “V12” logotypes found on the car, as well as the chassis number of that particular buyer’s car. Why did TAG Heuer get the nod? Because TAG (short for Techniques d’Avant Garde) holds a 25% stake in the McLaren Group, is a longtime sponsor of the McLaren Formula 1 team, and bankrolled the development of the Porsche-built 1.5L twin-turbo V6 that netted the team back-to-back constructors’ and three-straight drivers’ world championships in the mid 1980s. 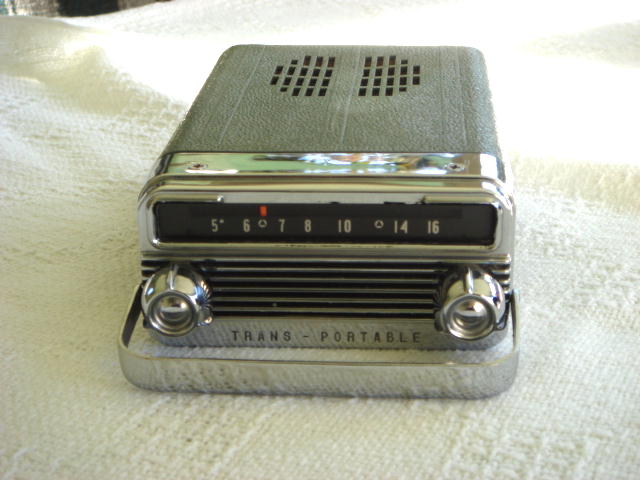 You might think the idea of being able to bring your music with you is fairly new. However, well before any man, woman or child had heard names like iPod, Spotify or Galaxy S5, Oldsmobile – or rather, GM’s in house electronics division Delco and Oldsmobile (as well as Pontiac and Buick) – advanced the state of the portable audio art. Yeah, there were transistor AM radios in cars prior to 1958, and there were portable transistor AM radios on the market as well. But no one else was making them fulfill both roles!

The idea was simple: Drive to your destination listening to the in-dash radio and, once you get there, release a latch, grab a handle and pull it out of the dash to take along with you. The head unit featured its own batteries and speaker for operation outside the car. That’s space age cool for jet age motoring.