The Top 10 Worst Captive Imports of All Time

Since the late 1950s, each of the three American auto manufacturers have had on-again, off-again flings with bringing in vehicles produced by either their offshore subsidiaries or foreign makes with which they have business relationships to sell in the home market, usually wearing familiar Detroit nameplates. These so-called “captive imports” have played many roles over the years: Some have been used to plug gaping holes at the bottom of product portfolios. Others were intended to bring some European class and pizzazz to the showroom. But all have one thing in common: They must have seemed like good ideas at the time.

Alas, many of these globally-sourced machines earned their places in American automotive history for all the wrong reasons. Whether they were victims of currency fluctuations, slapdash execution, marketing department hubris or some combination of the three, the following 10 captive imports used their green cards to slit open the fingers of their immigration sponsors. 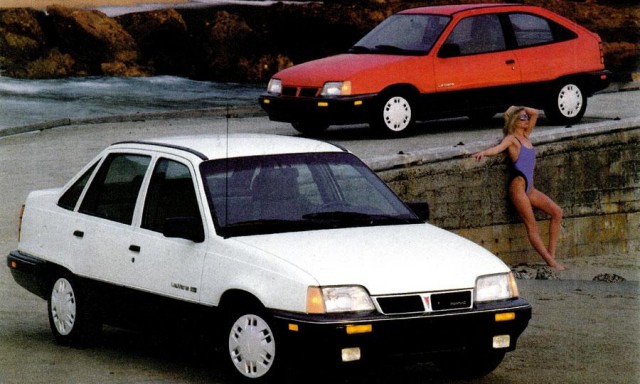 From 1961 to 1981, the Pontiac Le Mans served as the division’s American-made, compact-to-midsize passenger car line. However, the car that revived the nameplate in 1988 was none of those things: It was a re-badged Daewoo Le Mans from South Korea. Granted, it was a built-under-license version of GM’s own Opel Kadett/Vauxhall Astra of the same period, but quality-control kerfuffles and an abundance of much more competent Japanese competitors like the Toyota Tercel and Honda Civic led to these kimchi-flavored Poncho sedans and hatchbacks disappearing after the 1993 model year. 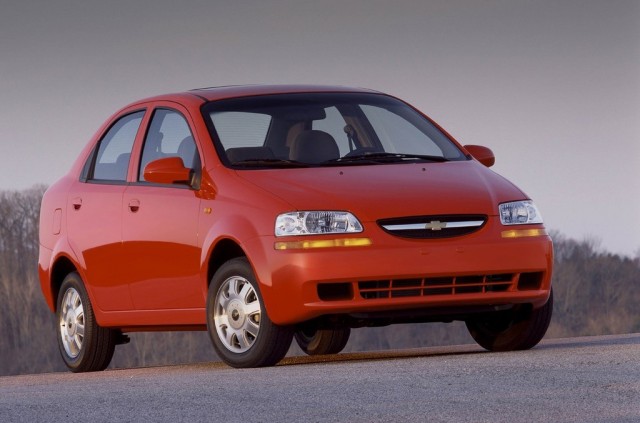 After Daewoo’s brief dalliance in selling self-branded cars in the U.S. (with college kids as salespeople) ended in bankruptcy, GM picked up the pieces, including a new subcompact model that was in development at the time called the Kalos. The Renaissance Center crew reckoned the Kalos – with its charming Italdesign Giugiaro styling – would make a dandy new entry-level four-door sedan and five-door hatchback for Chevrolet. Thus was born the Aveo.

It sold well enough due to its low price (despite having to journey all the way from the Inchon Peninsula), but affordability was pretty much the Aveo’s sole virtue. It scored poorly in many safety tests. It was thirsty for a vehicle its size. And the fit-and-finish and NVH characteristics conspired to remind many Americans why they hated small cars. And do not get us started on its Pontiac clone, the G3… 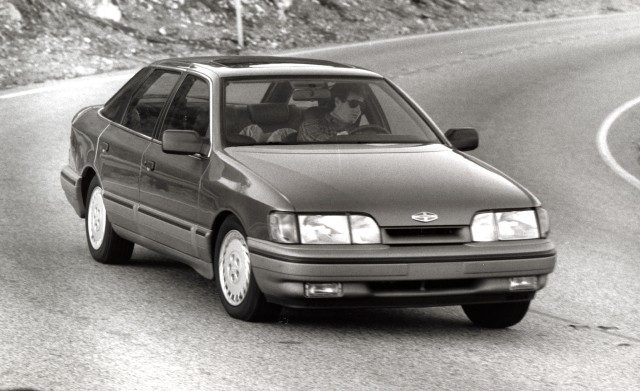 In 1985, Ford began importing some of its aero-styled, rear-drive European large cars to the U.S. under the new Merkur (German for Mercury) nameplate, beginning with the turbocharged XR4ti three-door hatchback based on the popular-at-home Sierra. Three years later, it started bringing over the slightly larger and more luxurious five-door Scorpio, based on the…Scorpio (though it retained the name of its predecessor, Granada, in the British Isles).

The Scorpio was a handsome and well appointed executive car, but a steep price (base was $23,390 when new, which equates to almost $45,000 today), so-so power from the 2.9L V6, and a tiny dealership body (Just 800 Lincoln–Mercury dealers opted to become Merkur stores too.) saw to it that annual sales never topped 10,000. As a result, the decision to discontinue it after 1989 rather than upgrade it to meet new government passive and active restraint rules was easy. 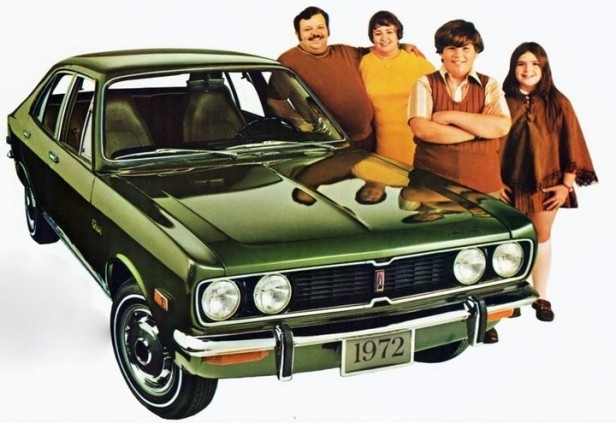 For the 1971 model year, Chrysler introduced two different internationally-sourced compacts for its two budget brands: Dodge received the Colt – an Americanized Mitsubishi Colt Galant – and Plymouth received the Cricket – an Americanized Hillman Avenger from Chrysler’s British subsidiary, the Rootes Group. The former was well-built, reliable, and evolved into the 1990s; the latter was rust-prone, unreliable, and was discontinued at the end of 1973 (though the Avenger on which it was based would remain in production in Britain through 1981). 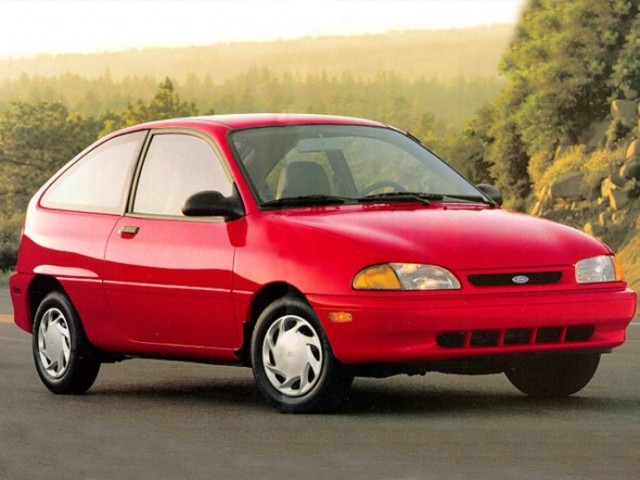 The tiny Ford Festiva – which was designed by Mazda and built under license by Kia in South Korea – was a stubby little supermini that sold reasonably well for the Blue Oval on these shores. Consequently, Ford elected to import the Festiva’s successor from Kia as well; however, the name was changed to Aspire. Unfortunately, by the time the Aspire was introduced in 1994, American buyers were falling out of love with basic transportation (i.e. stripped down subcompacts). This trend, plus its tepid acceleration (The 0-60 mph time? Sixteen-point-two seconds with the optional three-speed automatic tranny.), steep-ish price with popular options like air-conditioning and an automatic, and quality of workmanship that was only slightly less sketchy than a Central Asian accented chap named “Steve” or “Jason” calling you up and telling you to go to some random website to download something to de-virus your perfectly-healthy computer (Don’t ask…) meant that the Assfire, sorry, Aspire retreated from our side of the Pacific after just four model years. 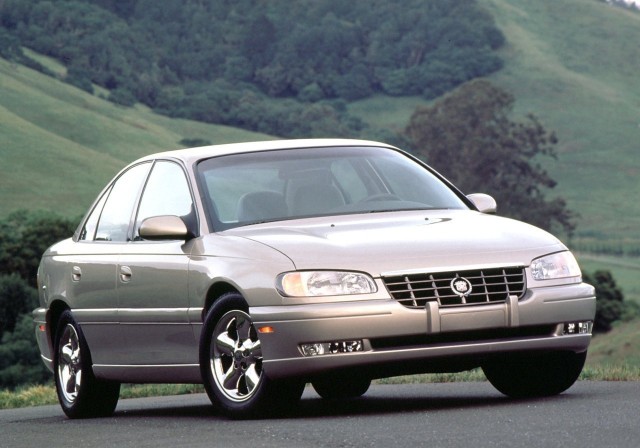 When the mammoth, body-on-frame Fleetwood was being discontinued at the end of the 1996 model year, Cadillac was in danger of being left without a rear-wheel-drive model for the first time in its history. However, this did not happen due to the 1997 introduction of the German-built Catera. Based on GM’s European flagship sedan of the time, the Opel/Vauxhall Omega, the Catera had all the makings of a legitimate American-badged 3 Series alternative…except for, you know, a peppy engine, a manual transmission option, or decent reliability. Oh, and the original marketing campaign paired supermodel Cindy Crawford with…a cartoon duck. Needless to say, the CTS was a welcome replacement. 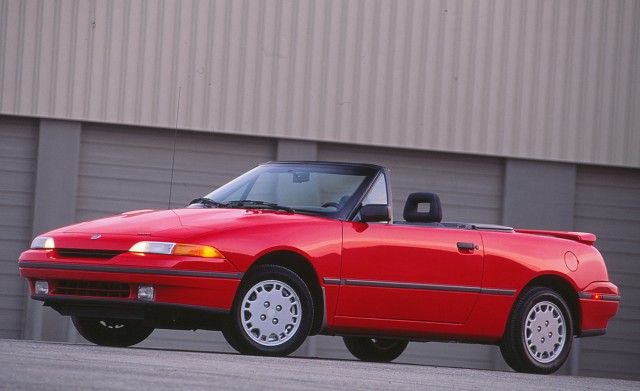 In 1991, after a five year hiatus, Ford re-introduced the Mercury Capri. But instead of being a restyled Mustang, the new Capri was a small, Australian-made convertible 2+2 based on the Mazda 323. Ford envisioned it as being a rival for Mazda’s own smash-hit Miata; however, with a front-wheel-drive platform underneath, there was no way that was happening. Not even the hot XR2 version with independent rear suspension and the 323 GTX’s 132 horsepower turbocharged 1.6L inline-four could set American enthusiasts’ hearts aflutter. Maybe if they had also included the 323 GTX’s AWD system things would have turned out different… 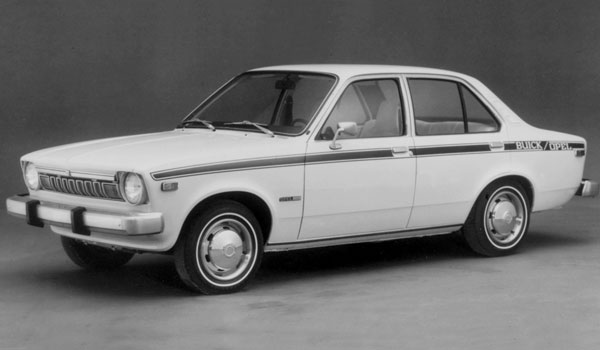 When is an Opel not an Opel? When it’s an Isuzu, silly goose! Allow us to explain: As the 1970s dragged on, the exchange rate between the U.S. dollar and the West German mark was becoming less and less favorable for GM. As a result, beginning in 1976, importation of German Opels to America ceased, and Buick dealers (which had been selling Opels since the late 1950s) began selling federalized Isuzu Geminis under the “Opel by Isuzu” label. The name was later changed to Buick Opel. Regardless of the nameplate, they were okay cars. But including “Opel” in the moniker – even though they did share some stampings and other components with the contemporary Opel Kadett C – is dirty pool in our book, and probably fooled at least a few budget-minded Yankee car buyers who assumed they were picking up a piece of moderately-priced precision German engineering and craftsmanship. 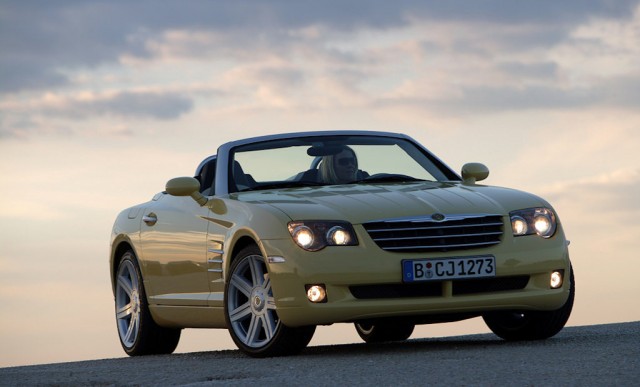 When Daimler-Benz and Chrysler announced their “merger” in 1998, most industry analysts expected there would be a fair bit of platform and powertrain sharing. In reality, it wasn’t until 2003 that the first production car incorporating DNA from both parents – the Chrysler Crossfire – arrived. Available as a coupe or roadster, this two-seater was essentially a rebodied first generation (R170) Mercedes-Benz SLK, right down to the 3.2L 18-valve V6 (which was supercharged a la the SLK32 AMG in the Crossfire SRT-6) under that ribbed hood. It was even built in Germany, albeit at a Karmann plant instead of one of Mercedes-Benz’s.

However, buyers just never embraced the car, whether due to its underwhelming driving dynamics, polarizing styling, or its rather steep price. In any case, the inventory pileup got so bad at one point that brand new Crossfires started showing up on Overstock.com. Ouch, baby. 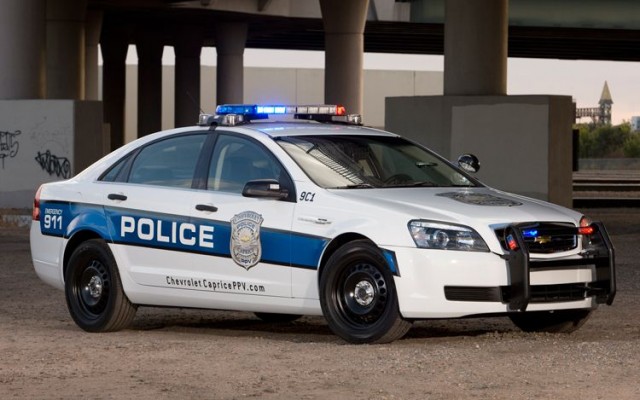 We can almost hear you now: “What in the wide world of sports are you smoking?!? The Caprice PPV is insanely bitchin’!” Well yes, a big, V8-powered, rear-drive Holden-sourced sedan is indeed the cat’s meow. Except it has one fatal flaw: Unless you work for and/or are acting on behalf of a local, state or federal law enforcement agency, you can’t buy one. Ergo, the Chevrolet Caprice PPV sucks sweaty, STD-ridden koala scrotum.