Exactly 12 months ago, we assembled a list of the 10 tuner vehicles from 2011 that really floated our proverbial boat. Privately, we didn’t think that 2012’s crop of tuned and modified cars, trucks and SUVs could top that of 2011; however – and this is a rare New Year’s Eve treat for you, boys and girls – we are happy to admit that we were wrong. This past lap of the sun has seen the automotive aftermarket assemble some of the fastest, most powerful, and most visually striking machines to ever turn wheels.

Thus, you can imagine how hard it was for us to narrow our selection down to 10. But that’s exactly what we’ve managed to do, and as you’ll see, the list covers a wide range of manufacturers, tuners, and vehicle types. Will 2013’s top tuner cars be even more amazing? We’re thinking yes. From all of us to all of you, have a happy and safe New Year. 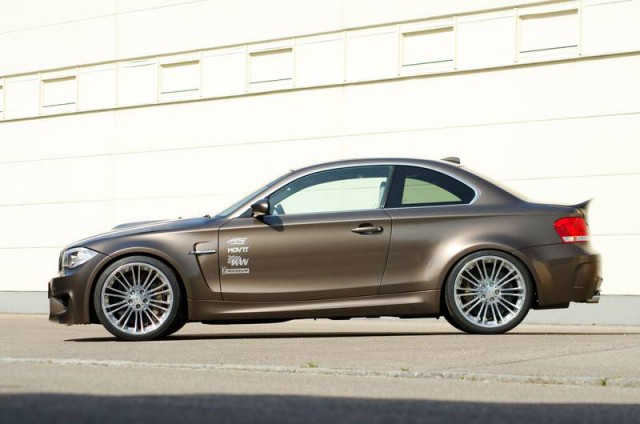 Of all the hopped up BMW 1 Series M Coupes that have been built, we can only think of one that’s been stuffed with a BMW M3’s 4.0L V8 and 7-speed twin-clutch transmission, then fitted with a supercharger and other go fast goodies to raise output to 592hp and the top speed to 205 mph. We speak, of course, of the G1 V8 Hurricane RS from the Bimmer wizards at G-Power. Want one? You’re probably already too late, as G-Power will only perform 30 of these conversions. 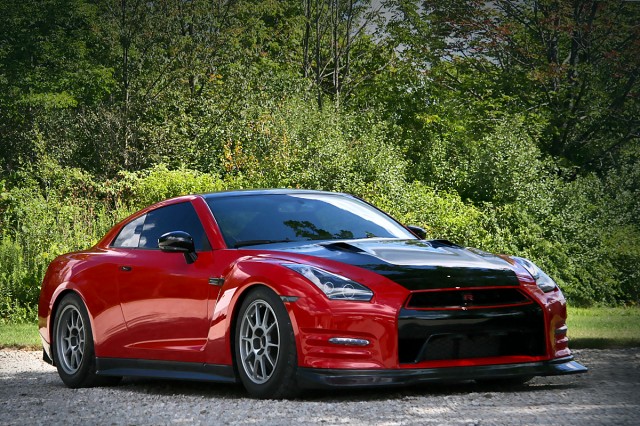 The Nissan GT-R, even in stock form, is a ferociously quick car. But when Switzer Performance gets its hands on one, and fits it with the parts that comprise its R1K-X package, it becomes obscenely fast. Fill the tank with racing gasoline and that 3.8L twin-turbo V6 kicks out 1,300hp, and launches this nutso Nissan down the quarter-mile in just under nine seconds. Purposeful grimaces and terrible sounds sold separately. 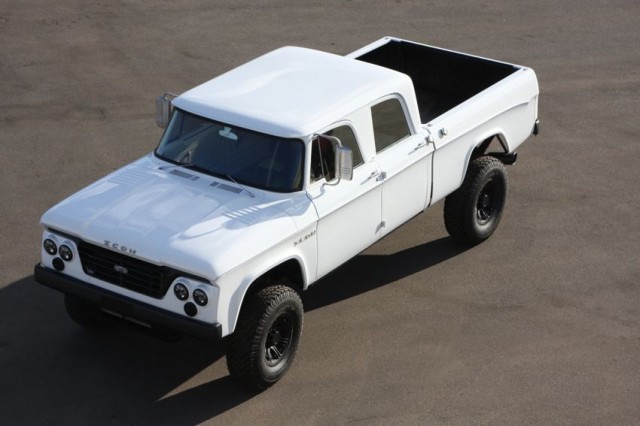 Icon made its name on building megabuck, resto-modded Toyota Land Cruisers. In recent years, though, it has added other vehicles to its repertoire, including one-off commissions for discerning clients. The newest member of this so-called Reformer Series is a gorgeous Dodge D200 crew-cab pickup. Riding atop a late-model Ram HD frame (complete with brawny Cummins turbodiesel straight-six under the hood) and chock full of intricate and clever detailing, this white giant is one of the coolest toys for rich boys (or girls) to come along in a while. 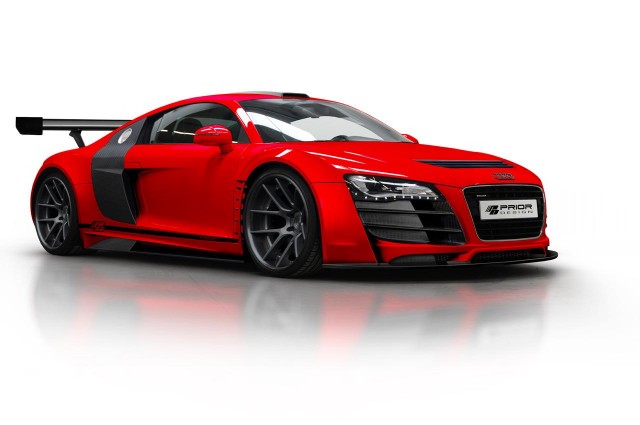 The Audi R8 LMS is a popular choice among teams competing in GT3 racing around the world, but what if you want that mean styling and snappy performance in a street legal package? Well, you talk to Prior Design, give them an R8 V8 and just over $50,000, that’s what. The resultant PD GT850 looks a lot like the racecar and, when fitted with the optional supercharger that nets 565hp, performs a lot like it, too. 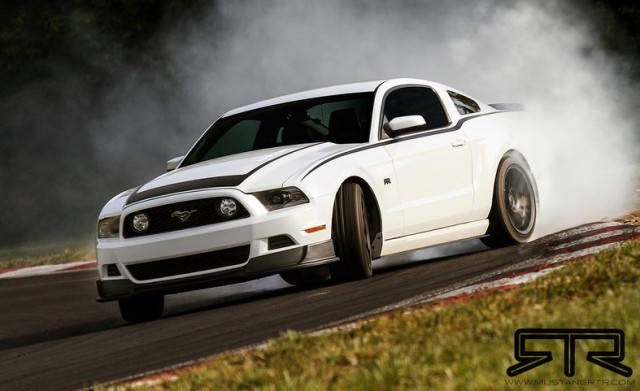 Vaughn Gittin Jr. is one of the star drivers of the Formula Drift Series, and he’s also a tuner. Together with the folks at Classic Design Concepts, the former Formula D champ has created the Ford Mustang RTR (short for Ready to Race). With up to 624hp and a whole heap of handling upgrades available, this modded Mustang is a nimbler, dare we say more youthful alternative to the Shelby GT500. 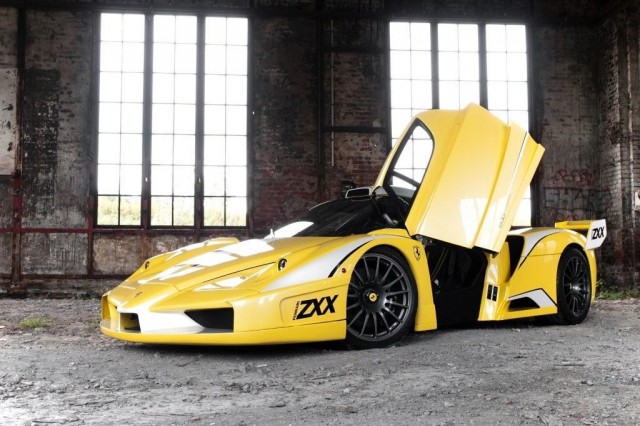 During the 2011 Targa Newfoundland, Zahir Rana lost control of his Edo Competition modified Ferrari Enzo and skidded into a saltwater lake. Undaunted, he sent the supercar back to Edo’s workshop in Germany for repairs…and even more upgrades. Now fitted with Ferrari FXX style bodywork and making 100 more horsepower than before (for a total of 950hp), the rechristened ZXX should be even more monstrous. We just hope its swimming career is over. 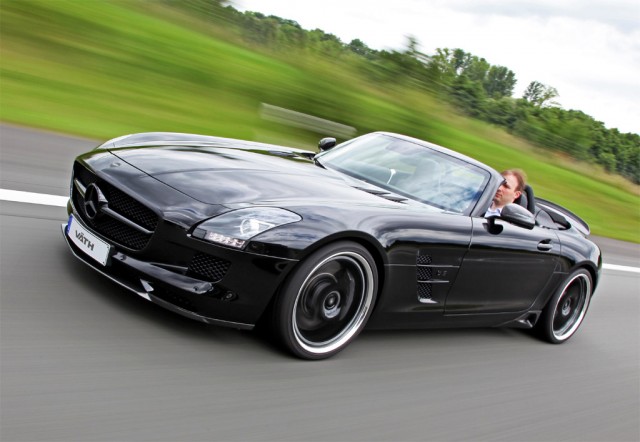 We like the Mercedes-Benz SLS AMG Roadster far more than we do the Coupe, and we like SLS AMG Roadsters that have been made faster and better handle better even more. This murdered-out example from Vath has been fitted with a supercharger, which helps the 6.2L V8 generate 691hp. We doubt you can get it up to the claimed 205 mph top speed with the top down, but you can definitely reach velocities that will make your mane unmanageable for a month. 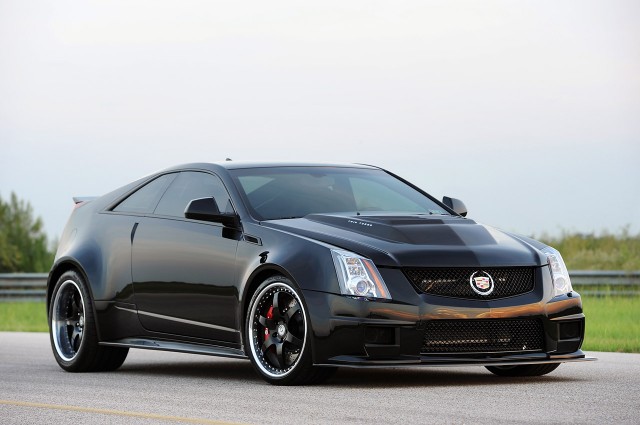 If the Hennessey Venom GT’s 7.0L twin-turbo V8 and its 1,200hp calling card appeal to you, but the flashy, low slung package it’s wrapped in doesn’t, there is an alternative. Dubbed the VR1200, this Cadillac CTS-V Coupe based beast contains what is essentially the same 1,200hp LS-series powerplant, though its 242 mph top speed is about 20 mph lower than the Venom GT’s V-max. Not that we’re complaining, mind you… 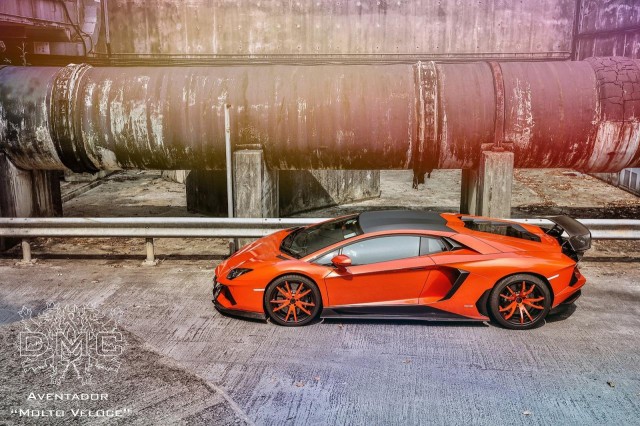 The Lamborghini Aventador is already about as extreme as new cars get, but that hasn’t stopped tuners from working their magic on them. One such tuner is DMC, a cadre of Lamborghini experts based in Germany and creators of the LP900 “Molto Veloce” seen above. The loud body kit, louder orange paint, and 885 shrieking horsepower from the tweaked 6.5L V12 will make sure you’re the center of attention wherever you take it (provided you’re going slow enough for people to realize what they’re seeing is, in fact, a car and not a noisy, hypersonic orange demon from another dimension). 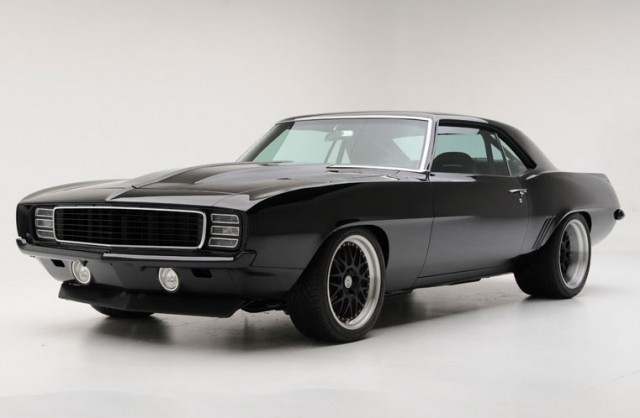 Pro touring 1969 Chevrolet Camaros have been dime-a-dozen at car shows and in magazines for years now, so this blacked-out example from Nelson Racing Engines doesn’t look all that special. At, least, it doesn’t until you pop the hood. There you’ll find a 572 cubic inch (9.4L) Chevy Big Block V8 breathing through two turbos and making 2,000 horsepower. If that doesn’t prevent it from getting lost in the crowd, we’re not sure anything will.