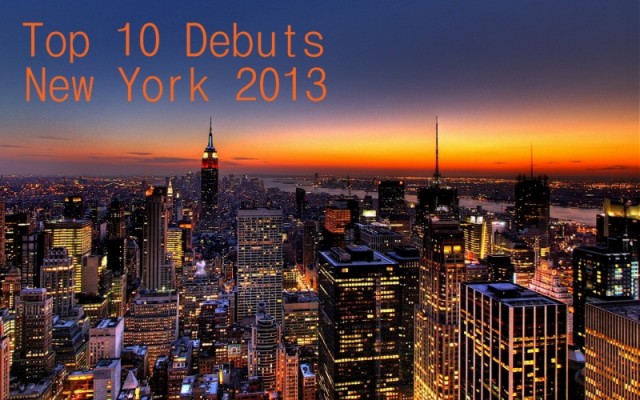 For a town where most of the residents share cars, and those cars have their own dedicated tunnels with their own power supplies for their electric propulsion systems, New York’s annual international auto show sure has become one of the hottest expos on the calendar. For the 2013 New York Auto Show now underway, there’s a stellar cast of world debuts from both home and abroad on display. But which of those debuts are the ones that will be hard to fuggetabout? Our 10 picks to attain that status can be found – Where else? – after the jump. 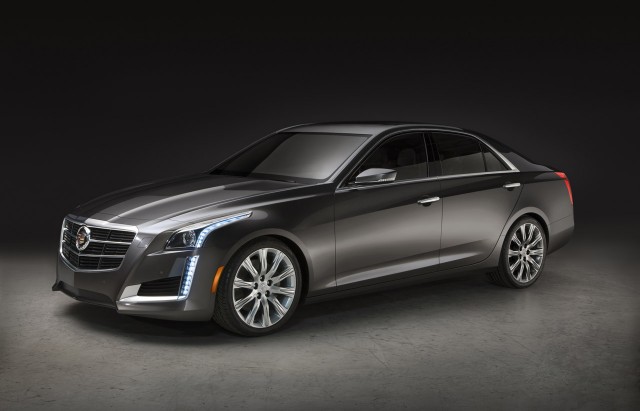 When Cadillac introduced the first generation CTS for the 2003 model year, it signaled a major shift in the brand’s direction. The second generation CTS – introduced for 2008 – took Cadillac further down that road. Now for 2014, the Gen 3 CTS is here and it’s literally all grown-up; it’s built on a stretched version of the ATS’s Alpha platform, so size-wise, it’s now a proper match for the likes of the BMW 5 Series, Mercedes-Benz E-Class and Audi A6.

And under that downright sexy sheetmetal, you’ll find two of the ATS’s engines: A 272hp 2.0L turbo four and a 321hp 3.6L V6. But it’s the third engine option – exclusive to the new not-quite-a-V-Series Vsport version – that has us drenching our bibs: A twin-turbo version of the 3.6L V6 making 420hp and 430 lb.-ft of torque. Both V6s will be mated to an Aisin-supplied 8-speed automatic transmission (The four-banger sticks with a 6-speed auto.), and the turbo four and atmo V6 will be offered with all-wheel-drive as an option. Be afraid, Deutschland. Be very afraid. 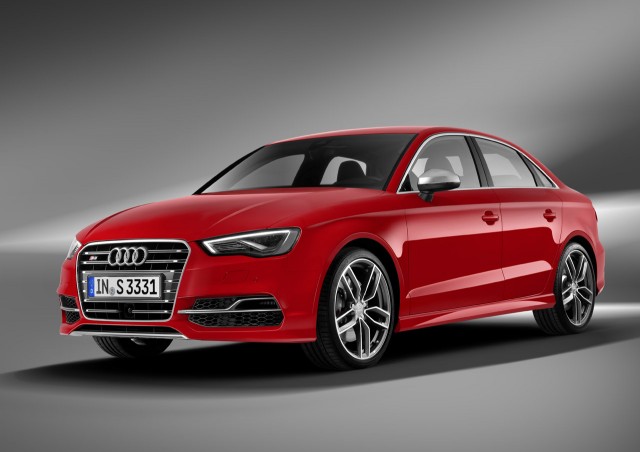 The hatchback Audi A3 has done pretty well for the company on these shores, but the suits in Ingolstadt reckon they can do even better with the new A3 Sedan. And in case there are trunk-loving Americans who are still unmoved by the A3 Sedan (a 5-door hatch will still be available), Audi will also offer the S3 Sedan. Are there any differences other than a change of letter? Why yes. Instead of the A3’s moderately powerful gas and diesel engines, the S3 will ship with a super-high-output version of Volkswagen AG’s 2.0L turbocharged inline-four, rated at a burly 296hp and 280 lb.-ft of torque. A 6-speed S-tronic dual-clutch transmission and quattro all-wheel-drive are standard. Expect it to rip to 62 mph in 4.9 seconds (probably a bit less than that), cost a hair under $40,000, and arrive in U.S. Audi showrooms early next summer. 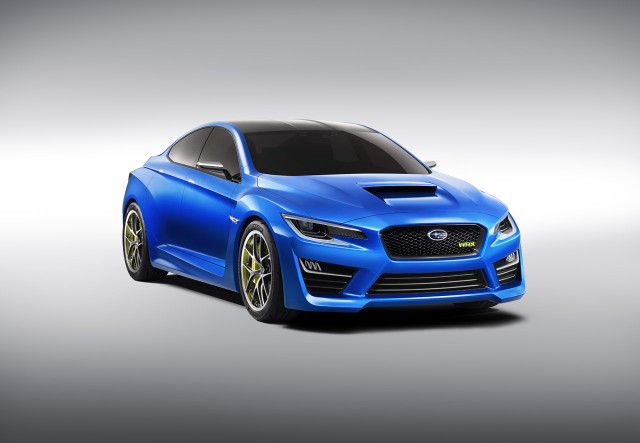 The current Subaru Impreza has been out for a while now, which begs the question: Where’s the new WRX? Well, Subaru chose the Big Apple to debut a concept version of the new WRX. The menacing, chop-top styling bears almost no resemblance to that of the regular Impreza Sedan, but we’re rather fond of it (though it needs, nay, demands gold wheels). Naturally, a turbocharged engine (presumably one derived from the BRZ’s naturally-aspirated 2.0L flat-four) and AWD will reside underneath for scintillating performance on surfaces both paved and loose. We’re betting the production WRX will make about 270hp, while a WRX STI (if it happens) will likely reach well over 300hp. 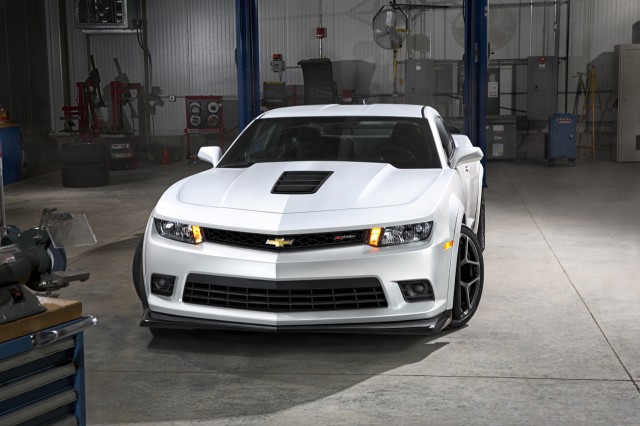 While some people will argue that the Chevrolet Camaro already has enough trim levels (V6, SS and ZL1, each available in coupe or convertible form), Chevrolet brass just couldn’t leave well enough alone. Why else would they introduce the 2014 Camaro Z/28? With gummy tires, stiffer suspension, carbon-ceramic brakes, improved aerodynamics, reduced weight and the now-deceased C6 Corvette Z06’s 7.0L V8 kicking out a predicted 500hp, the new Z/28 looks set to carry on the corner-carving legacy established by the first-gen (1967-’69) Z/28s that cleaned house in the SCCA Trans-Am series with team boss Roger Penske and driver Mark Donohue. 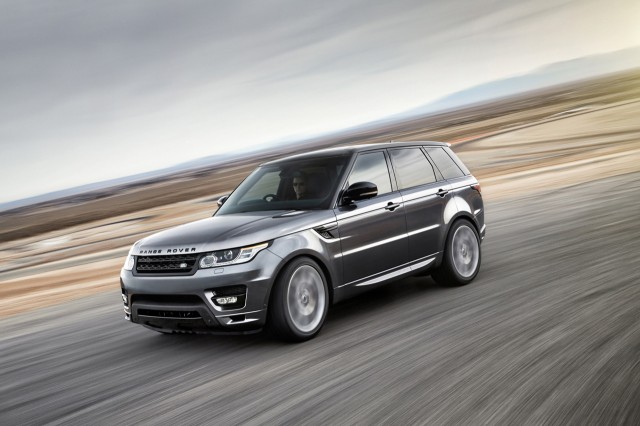 With Land Rover’s newest Range Rover now in dealers, it was only a matter of time before the Indian-owned British nameplate introduced a revised Range Rover Sport to go with it. Like its more formal-looking big brother, the new Sport features a predominantly aluminum skeleton and skin. As a result, weight is down by 800 lbs., or about 6% of the total mass of Honey Boo Boo’s immediate family. Engine choices for the U.S. will be the same as they are for the regular Range Rover: A supercharged 3.0L V6 making 340hp and a supercharged 5.0L V8 making 510hp, both matched with an 8-speed automatic transmission and one of two four-wheel-drive systems (one of which includes a proper low-range transfer case). Inside, there are acres of top-quality wood, leather and other materials and, for the first time, an optional pair of power-folding “occasional use” third-row seats. Prices start at $63,495 for the basic V6-powered SE. 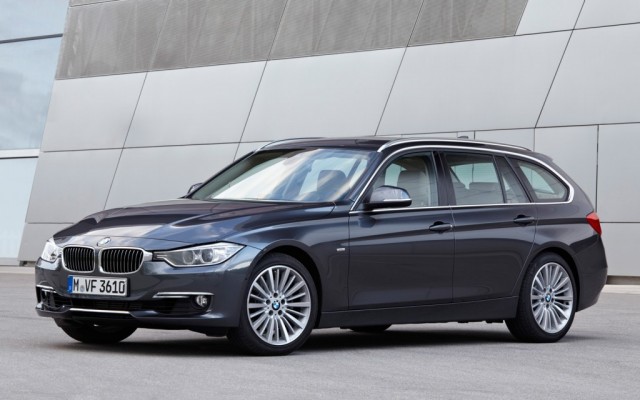 One of the coolest variants of the previous generation (E90) BMW 3 Series to be imported to the U.S. was, without question, the 335d Sedan. However, for the current F30 platform, BMW is trading the big-banger twin-turbo 3.0L straight-six diesel for a single-turbo 2.0L inline-four diesel to create the 328d. Whether you choose sedan or wagon (WOOHOO!) and, in the case of the sedan, rear- or all-wheel-drive (The 328d Wagon will be AWD-only. Phooey!), you get 180hp, 280 lb.-ft of torque, an 8-speed automatic transmission, and highway fuel economy that, BMW says, “could well exceed 40 mpg.” Just call it the Ultimate Bladder-Busting Machine! 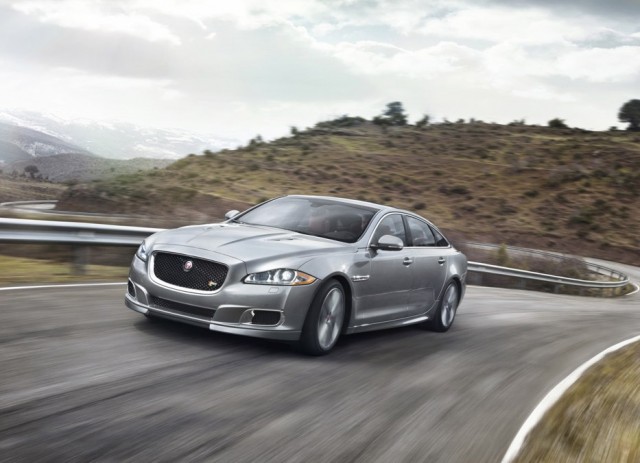 Although the Jaguar XJ Supersport is a perfectly potent big luxury sedan, its 510hp looks kinda flaccid next to the likes of the Audi S8, Mercedes-Benz S63 AMG, and BMW Alpina B7. Coventry rectifies that this fall with the 2014 XJR. It serves up the XKR-S’s (and upcoming XFR-S’s) supercharged 5.0L V8 rated at 550hp and 502 lb.-ft of torque, an 8-speed automatic transmission, and a more handling-centric suspension setup on an aluminum-intensive short- or long-wheelbase platter. Expect 0-60 mph jaunts in 4.4 seconds, an electronically-limited top speed of 174 mph, and a $116,000 starting price. 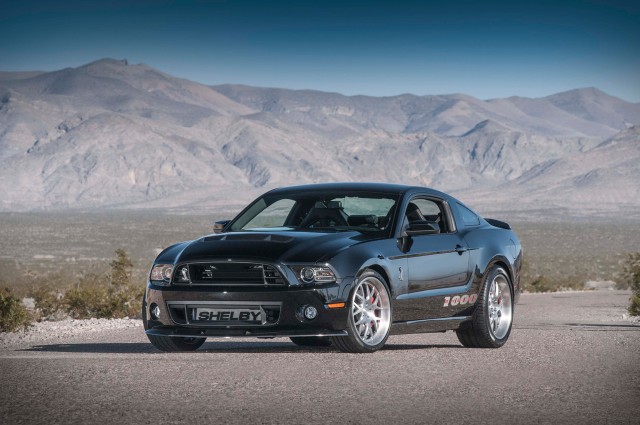 With 662hp in the engine room, the Ford Shelby GT500 is hardly a weakling. In fact, it’s the most powerful stock Mustang ever. But what if 662hp isn’t enough? What if you want, oh, almost double that amount? Well Shelby American is here to help. For an eye-watering $154,995 on top of the cost of a new GT500, Shelby will build you a Shelby 1000. But that name is something of a misnomer; in reality, the supercharged 5.8L V8 is completely rebuilt and upgraded to belt out 1,200hp…on pump gas. The suspension and brakes are also beefed up to cope with that elephantine power figure. Just 100 conversions will be performed this year, so submit your order yesterday. 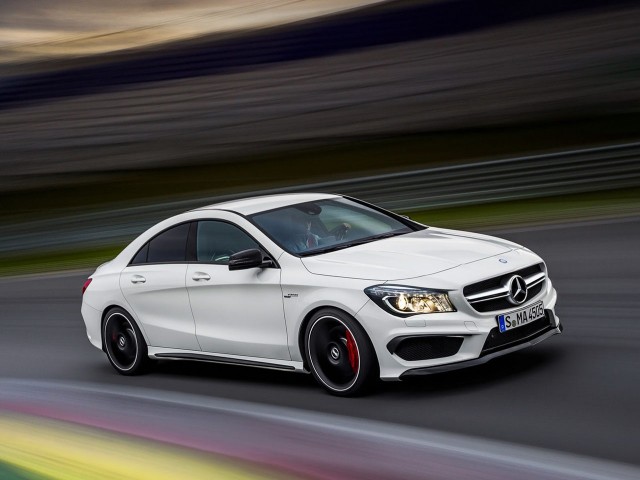 The 296hp Audi S3 seen above should be the ruler of the compact, AWD premium sport sedan roost. However, that’s not to be, because Mercedes-Benz and AMG are going to build the CLA45 AMG. With the most powerful stock production four-cylinder engine on the planet (355hp and 332 lb.-ft of torque from a 2.0L turbocharged inline-four), a 7-speed twin-clutch transmission and a front-biased AWD system that can reallocate torque up to a 50:50 front-to-back split, this mighty mite Merc will purportedly blast to 60 mph from rest in 4.5 seconds on its way to a capped 155 mph V-max. Prices will start at $47,450 plus destination fee, and U.S. sales are set to commence in November. 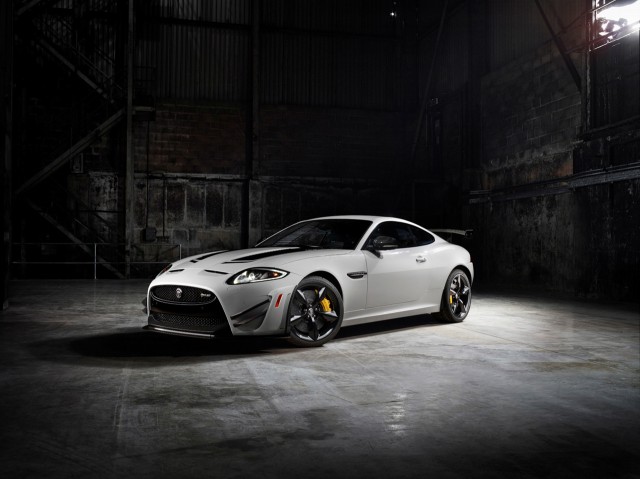 Jag’s new XJR is one scrumptious crumpet of a full-size super sedan, but it’s not the only rookie joining the marque’s roster in Manhattan; meet the extra-limited-edition XKR-S GT. The supercharged 550hp V8 and 6-speed automatic transmission are carried over from the regular XKR-S, but there’s a bigger splitter and dive planes in front, a bigger wing on the back, big carbon-ceramic brake rotors, sticky Pirelli Corsa tires and upgrades to the suspension and steering systems. It all adds up to a much more track-ready ensemble. Want one? Better gather up the needed $174,000 tout suite: Jaguar is only sending 30 copies to North America – 25 to the U.S. and five to Canada – starting in August.