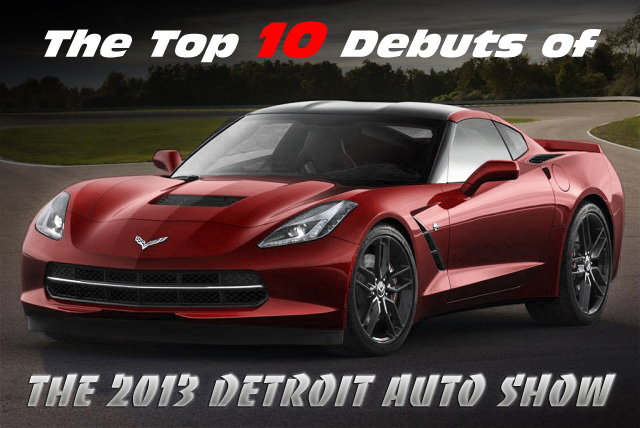 The Detroit Auto Show (the proper name, North American International Auto Show, makes our eyes and ears hurt) is traditionally the first major auto show of the calendar year, and it’s reprising that role in 2013. And befitting its status as a kickoff event, it often sets the tone for the rest of the season’s shows both here in the U.S. and abroad.

If that’s the case again this year, then we as car enthusiasts have a lot to look forward to in 2013. The Detroit Auto Show is the site of some significant concept and production vehicle debuts, many of which combine exceptional performance, style and efficiency into one machine. But which of these will be the most memorable in the months (if not years) ahead? Here are the 10 debuts that we think have real staying power. 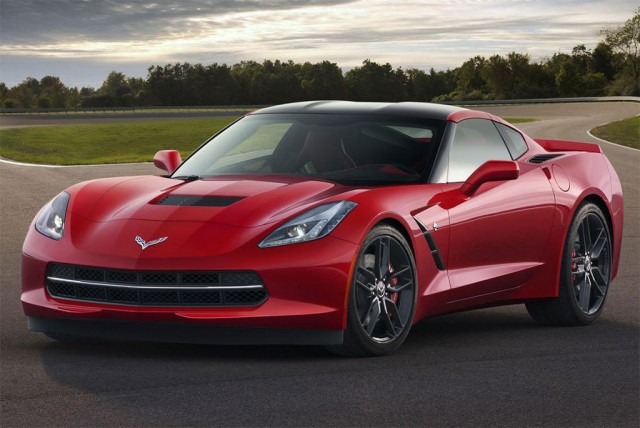 Easily the most anticipated debut of the show (if not the whole U.S. auto show season), the Chevrolet Corvette Stingray (aka C7) is one giant leap forward for GM’s flagship. The chassis is aluminum. The new 6.2L LT1 V8 features direct injection, variable valve timing and cylinder deactivation to produce a projected 450hp and nearly 30 mpg on the highway. Transmission choices consist of a 7-speed manual or 6-speed automatic with paddle shifters. And the interior is chock full of premium materials and two seat styles. You better believe we’re itching to drive this thing.

Somewhat overshadowed by its corporate sibling and its new toy, Cadillac rolled out the ELR, the production version of the highly regarded Converj Concept of 2009. As predicted, it shares its platform and much of its plug-in hybrid drivetrain (including the 1.4L gas engine and CVT tranny) with the slightly-bluer-of-collar Chevrolet Volt. There are, however, some notable differences. One, the lithium-ion battery pack is a little bit lighter (though the electric-only range is roughly 35 miles). Two, Cadillac has baked in some sportier driving dynamics. And three, the Volt’s somewhat frumpy 5-door hatchback body has been replaced by a sensuous two-door coupe body largely unchanged from that of the Converj. Who say’s green cars can’t be sexy? 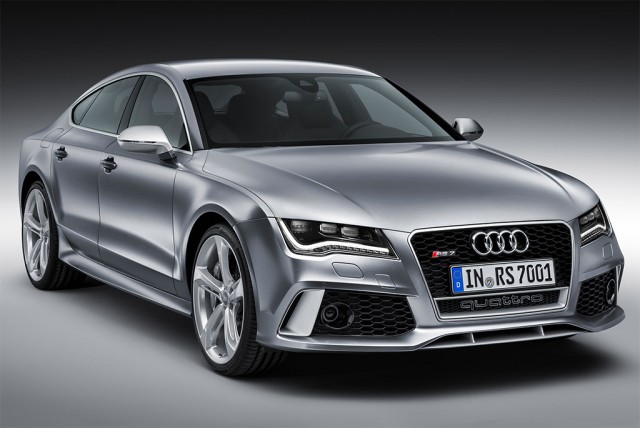 The Audi S7 is already as potent as it is handsome, what with that 4.0L twin-turbo V8 under the hood. But what if you were to add bigger wheels, tires and brakes, a retuned suspension and, most crucially of all, an additional 140 horsepower from that bi-turbo V8, for a total of 552hp? Well, you’d have something similar – if not identical – to the new Audi RS7. Oh, and in case the electronically-limited 155 mph top speed is too low for your liking, there will be an option to raise the V-max to 189.5 mph. 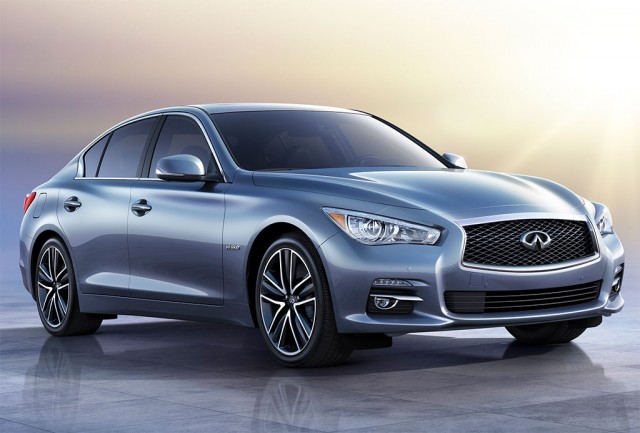 A short time ago, Inifiniti announced that it was hitting the reset button on its model naming convention: Going forward, coupes, convertibles and sedans will be called Qx0 (x being a number), and crossovers and SUVs will be QXx0. The first car to adopt this new scheme is the Q50, which takes the place of the G37 in the lineup. As with the G37, power comes from a 3.7L V6 that sends power to the rear or all four wheels. However, there’s now a hybrid version, too, with the larger M35h’s 3.5L V6 and electric motor setup. Inside, you’ll find not one but two big touchscreens so you can, for example, change the radio or climate control settings without having to make the navigation system’s map disappear. 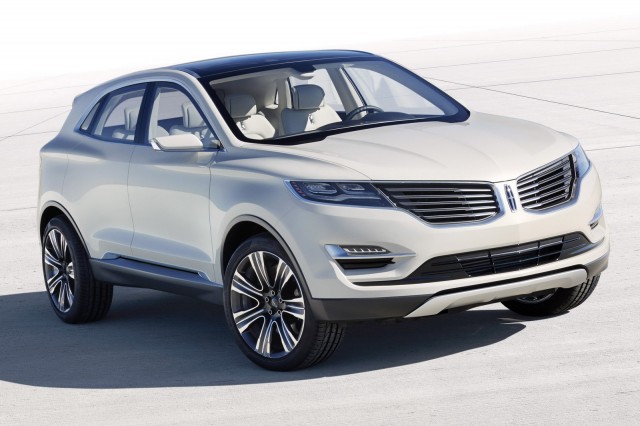 Last year, when Ford invited us to sample a slew of its new products, we found ourselves quite smitten with the new Escape. The Lincoln MKC Concept offers a glimpse at what a highbrow version of the Escape’s competent compact crossover architecture would look like. Make that “will look like,” as rumors are swirling that a production version could be revealed later this year. If that’s the case, look for it to carry Lincoln a long way down the road to recovery. 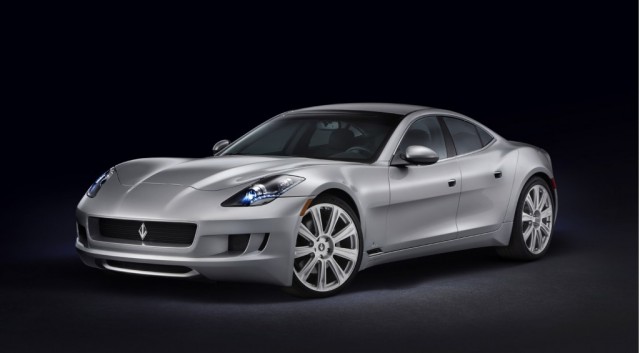 The Fisker Karma is a pretty appealing automobile, but some people simply wouldn’t be caught dead in a hybrid or electric car. It is for these people, presumably, that industrialist Gilbert Villereal and Bob Lutz (He is…The Most Interesting Auto Executive in the World.) formed their new company, VL Automotive, and this car, the Destino. Sure, it looks like a Karma with new front and rear fascias and a taller hood (because it is, brah), but it’s what’s under that hood that is the big news: The outgoing Corvette ZR1’s supercharged 6.2L LS9 V8, making the same 638hp and routing power rearward through a 6-speed manual or automatic transmission. The target price is $180,000, or about $80k more than a Karma, but the improvements to the performance and the soundtrack should make the markup significantly easier to swallow. 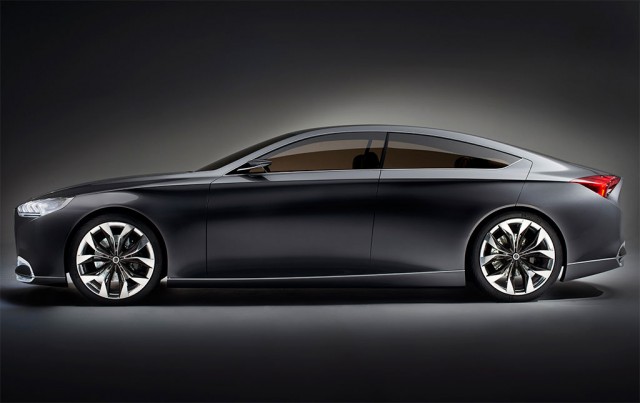 As much as we like the Hyundai Genesis Sedan, it isn’t exactly BMW, Mercedes-Benz, et al’s worst nightmare in the sales race. We (and Hyundai, obviously) are hopeful that the next iteration of the Korean nameplate’s premium rear-drive sedan will score more conquest sales, and if it looks anything like this HCD-14 Genesis Concept, it will likely do just that. No, the suicide rear doors and carbon fiber wheels won’t make it onto the production model, but the sporty coupe-like roofline and 5.0L V8 almost certainly will. 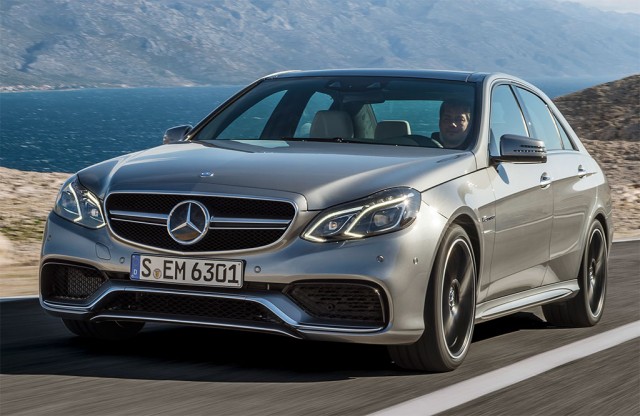 Mercedes-Benz has redesigned the perennially popular E-Class range for 2014. And in addition to the new interior and exterior styling, the four-cylinder AWD E250 Bluetec replacing the V6 rear-drive E350 Bluetec, and a new E400 Hybrid sedan joining the lineup, there’s a new E63 AMG 4Matic. That 4Matic suffix, of course, means all-wheel-drive, which AMG says helps make the most of the 5.5L twin-turbo V8’s massive power. And if the standard version’s 550hp isn’t massive enough for ya, you can step up to the S-Model, which bumps that figure up to 577hp. Oh, and you’ll still be able to get it as a sedan or a wagon in this country. Praise the lord and pass the sauerkraut! 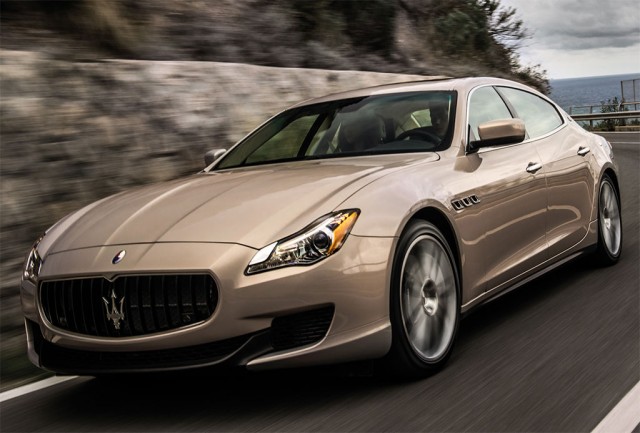 If you’re starting to get the impression that this year’s Detroit show was stacked to the rafters with super sedans, you’re kind of right. Maserati rolled into Cobo Hall with its new Quattroporte. This Italian luxury liner is significantly larger than its predecessor, meaning interior and trunk space are now in line with the German brands’ flagships. The previous generation car’s 4.7L V8 is retired in favor of a new 3.8L twin-turbo V8 that produces 523hp, and a 3.0L twin-turbo V6 producing about 400hp will serve as the base engine. The lone transmission will be of the 8-speed automatic persuasion, and all-wheel-drive will be an option. 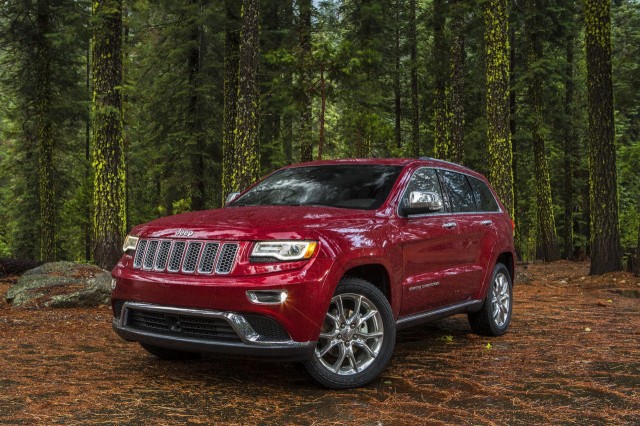 We know what you’re thinking: Didn’t Chrysler just redesign the Jeep Grand Cherokee a couple years ago? Well, yes. But there’s a lot to like about this mid-cycle refresh. For instance, all engines, including the SRT version’s thumping 470hp 6.4L Hemi V8, are now pared with an 8-speed automatic transmission. And joining the 3.6L Pentastar V6, 5.7L V8 and the aforementioned 6.4L Hemi is a 3.0L V6 turbodiesel. Jeep predicts it will make 240hp and 420 lb.-ft of torque, tow 7,400 lbs., and give the Grand Cherokee EcoDiesel (as it’s been dubbed) a bladder-detonating 730 mile range. Did someone say road trip? If not, we just did.