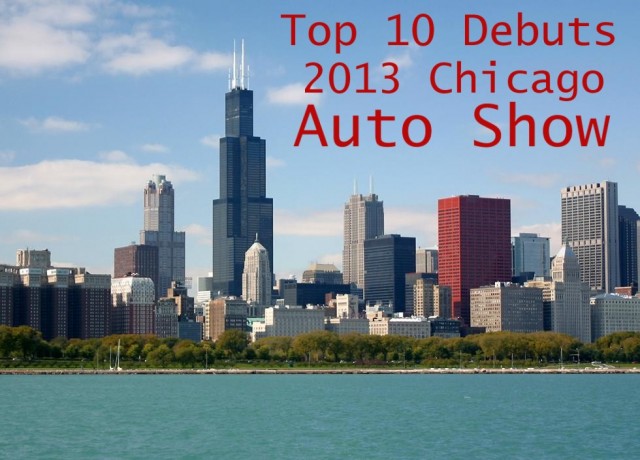 Although the Chicago Auto Show generally doesn’t get much love from the international automotive press, that doesn’t mean it doesn’t see any hot and significant new vehicle debuts. The 2013 rendition of the event is no exception, as we expect many of cars, trucks, crossovers and vans making their premieres under the roof of McCormick Place to make a lot of noise in the motoring world in the coming months and years. However, it is the following 10 vehicles that we expect to bring the most noise, both literal and figurative. 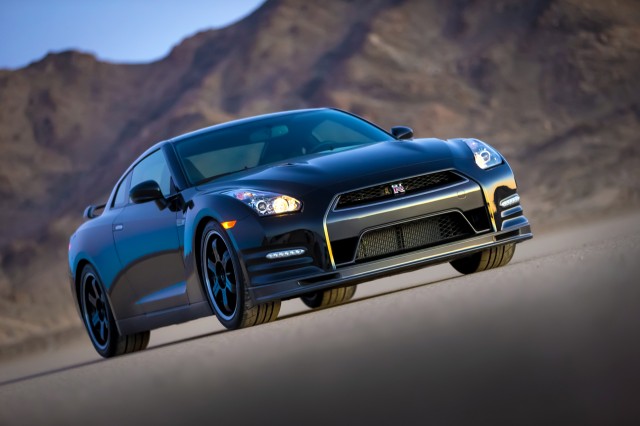 Almost no one (except maybe astronauts) can legitimately call the Nissan GT-R slow, however some people would like it to be even faster and have more of a hard edge to it. For these people, Nissan will soon start offering the GT-R Track Edition, which is fundamentally similar to the GT-R Track Pack offered in the U.K. The absence of rear seats, the addition sport front seats, and revised suspension tuning are just some of the hallmarks of this most extreme stock R35. One thing Nissan isn’t touching is the 3.8L twin-turbo V6 under the hood, but considering it already makes 545hp and is paired with an AWD system, who cares? 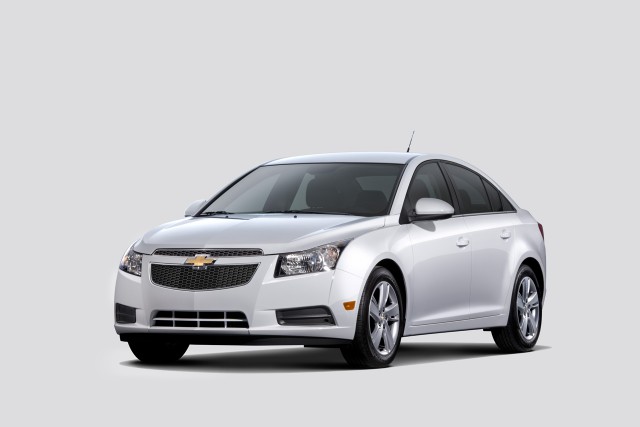 After playing a pivotal role in almost completely destroying the reputation of diesel passenger cars in this country, GM could be forgiven for never again offering a diesel-powered car on U.S. soil. However, the introduction of the 2014 Chevrolet Cruze TD proves America’s biggest automaker wants to make things right. The 2.0L inline-four is expected to produce 148hp and 258 lb.-ft of torque – with an overboost function making 280 lb.-ft available in 10 second bursts – and will be mated exclusively to a 6-speed automatic transmission. We can only hope it’s a smash hit (and with an estimated 42 mpg highway, it will be hard for people to ignore), and that it isn’t as prone to self-destruction as its ancestors. 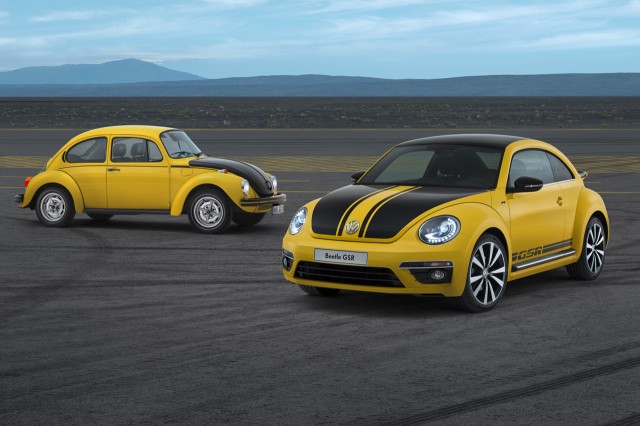 Forty years ago, Volkswagen introduced a special edition sporty Beetle for the European market called the GSR, short for Gelb Schwarzer Renner (Yellow Black Racer auf Englisch). Only 3,500 of those 1303-series Bugs were built, and are highlycollectibletoday. VW chose the Windy City as the venue for the world debut of the modern Beetle GSR. Special features include a yellow and black exterior color scheme (obviously), R-Line exterior and interior pieces, 19” alloy wheels, and a 2.0L turbocharged inline-four packing 210hp (which is 10 more than the regular Beetle Turbo, and about 160 more than the original GSR). Basically, if you’re still mad that Michael Bay recast Bumblebee as a Chevy Camaro for his Transformers movies, this car will brighten your mood. 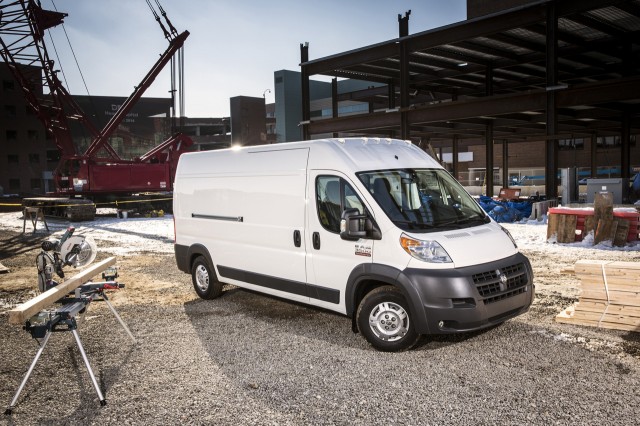 When Chrysler hooked up with Fiat, we knew it was only a matter of time before the Dodge Sprinter – a rebadged Mercedes-Benz van – was replaced with a Euro-style van from the Italian giant. Well, it took a few years, but the Ram ProMaster (no more Dodge-branded pickups and commercial vehicles, remember) is here. Based on the Fiat Ducato, the ProMaster is unusual in that it features unibody construction and front-wheel-drive. However, those two large van eccentricities mean the cargo floor is the lowest in class, and the available high-top models have the tallest interiors of any van. Powertrains for ProMaster vans, chassis-cabs (for use with aftermarket utility bodies and flatbeds) and cutaway chassis-cabs (for bus and RV conversions) are the acclaimed Pentastar 3.6L V6 with a 6-speed automatic, or a 3.0L inline-four turbodiesel driving through a 6-speed automated manual transmission (Let’s hope it’s nothing like smart’s…). Between this thing, the upcoming Ford Transit and the Sprinter (which is now sold here as a Mercedes), one has to wonder how long GM will cling to the distinctly American ChevroletExpress/GMC Savana twins. 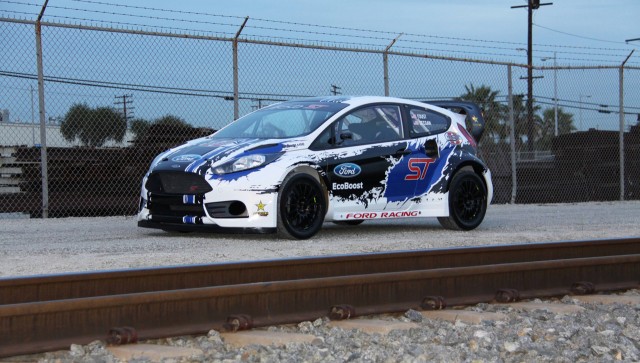 The Ford Fiesta ST was one of our favorite Los Angeles Auto Showdebutantes, so it would make sense that we would be similarly enamored with this racing version designed for the Global RallyCross Championship (GRC). Like the street version, it features a new larger, crypto-Aston Martin grille opening and…okay, that’s basically the only thing that’s shared with the production ST. Look for this 500hp+ pocket monster to put a hurting on its GRC rivals this season in the hands of Ford factory drivers Tanner Foust, Brian Deegan and Ken Block. 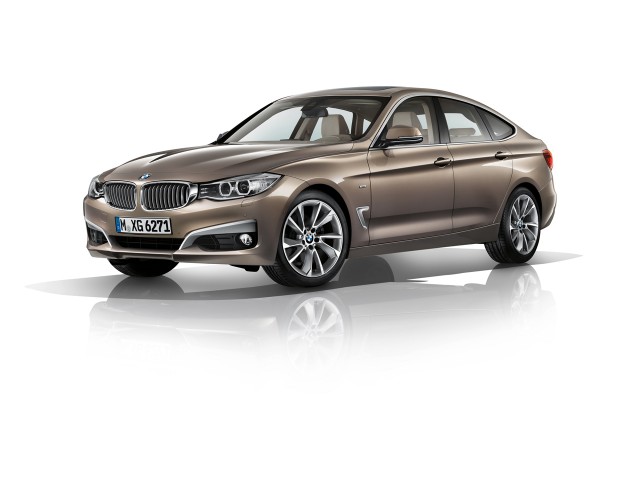 Even though buyers aren’t exactly lining up outside BMW dealers with the intent of bringing home a 5 Series Gran Turismo, the suits in Munich are doubling down on the pseudo-crossover/latter-day Kaiser Vagabond concept with the 2014 3 Series Gran Turismo. Like its sedan brethren, the 3 Series GT will be available in 2.0L twin-turbo inline-four 328i and 3.0L single-turbo inline-six 335i forms. Will American Bimmer buyers bite en masse? We’ll know when the 3 GT starts rolling into showrooms this summer. 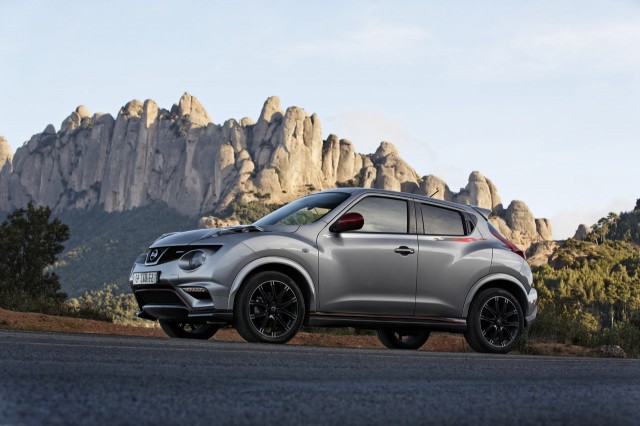 As much as we liked certain aspects of its launch campaign, we’re kind of on the fence with the Nissan Juke. On the one hand, it’s a funky little urban runabout with a peppy turbocharged engine. On the other hand, well…it may be a little too funky. However, now we can say Nissan has lured us closer to the pro-Juke camp with the U.S. introduction of the Juke Nismo. In addition to the body kit, 18” wheels and sport suspension, engineers have coaxed an extra 9 horsepower out of the 1.6L turbo four for a total of 197hp. Sadly, as with lesser Jukes, if you want the AWD version, you’re stuck with a CVT; front-drive Juke Nismos will use a 6-speed manual. 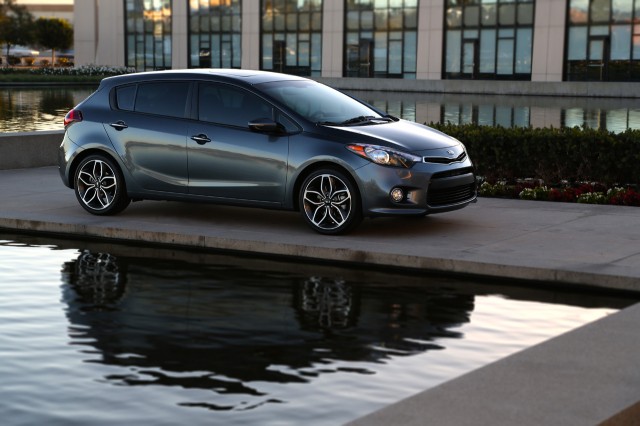 Kia debuted the new Forte Sedan in Los Angeles in November, and it impressed us with its handsome styling and standard and optional equipment lists that were Tolstoyesque in length. Now Kia has unveiled the Forte 5-door, and we’re even more smitten. The smart styling (which isn’t shared with the sedan) is about as handsome a two-box shape as you’ll find, and the standard 2.0L inline-four brings plenty of grunt. However, we’re all about the SX trim level’s available 201hp 1.6L turbo four-banger borrowed from one of the Forte’s corporate cousins, the Hyundai Veloster Turbo. The VW GTI should start watching its back. 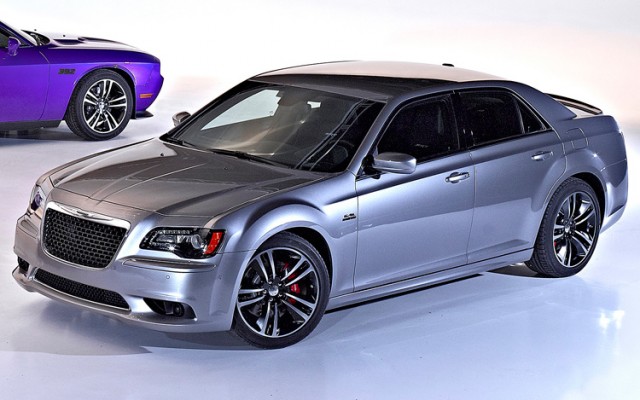 We love the Chrysler 300 SRT8. It has distinctive styling, a posh interior, and a 6.4L Hemi V8-shaped can of whoopass. What we don’t like is the steep price tag. We must not be the only folks who feel this way, for Chrysler has introduced the 300 SRT8 Core. It will sell for about $5,000 less than the regular 300 SRT8 ($43,995, to be exact), and feature special exterior and interior trim items such as 6.4L Hemi fender badges and cloth seats. But the 470hp, performance suspension and Brembo brakes remain. 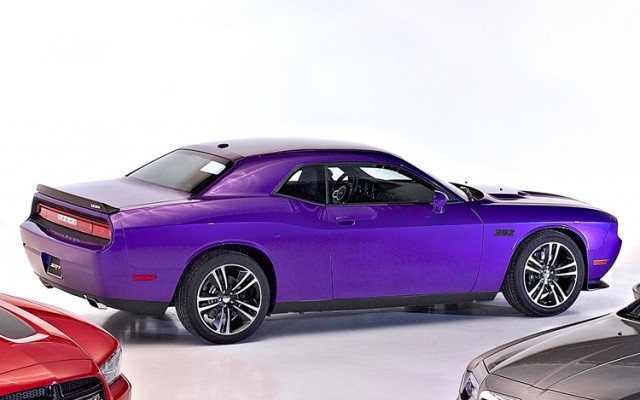 Of course, if you prefer your Mopar LX-body to be of the two-door persuasion and have the option of a standard shift tranny, you’re stuck with the Dodge Challenger. But fret not: Chicago also saw the announcement of a value-conscious Core version of the Challenger SRT8. For almost $6,000 less than the regular Challenger SRT8 ($38,995), you get the 6.4L Hemi, manual or automatic transmission, new interior and exterior bits and, to cap it all off, two exclusive retro-inspired pearlescent paint colors: Hemi Orange and Plum Crazy. All that’s left for us to ask is whether or not science has yet found a cure for Dodge Fever.