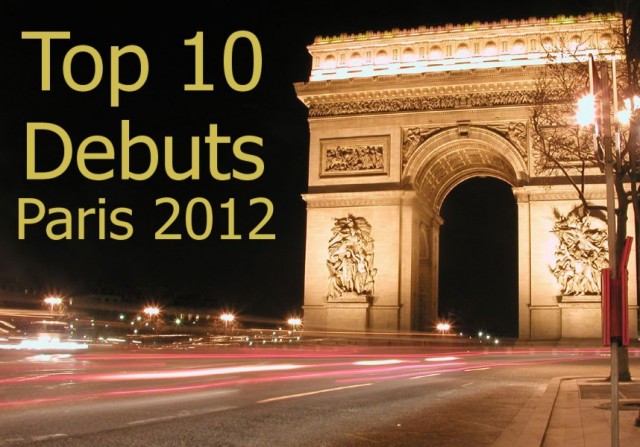 Ah, Paris in the autumn. The temperatures are dropping, the leaves are turning to varying shades and saturations of crimson and, if the year ends in an even number, the automotive world is converging upon the Porte de Versailles for the Paris Motor Show. As always, there are plenty of new automobiles on display, running the gamut from tiny urban runabouts to TGV-smoking supercars. So which rides caught our eye like a cute mademoiselle sipping java at a sidewalk café? Bust out of your invisible box and click below to read the rest of the article, s’il vous plait. 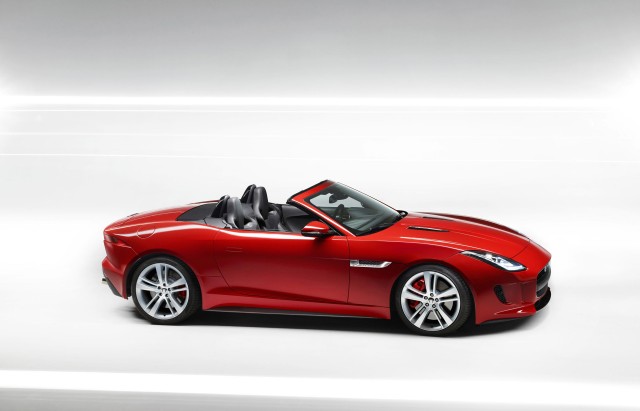 After a gestation period long enough to merit comparisons to Chinese Democracy and Duke Nukem Forever, Jaguar’s junior sports car, the F-Type, is finally here. And boy, is it a beaut. The styling draws heavily from last year’s C-X16 concept, though the production F-Type is strictly a fabric-topped-roadster-only proposition (at least for now). Engine choices are a pair of 3.0L supercharged V6s (340hp or 380hp) and Jaguar/Land Rover’s supercharged 5.0L V8 (here making 495hp), all matched to an 8-speed automatic transmission (though a manual may be offered in the future). And that sucking sound you hear? That’s the F-Type already starting to snatch sales from the BMW Z4 and Mercedes-Benz SLK. 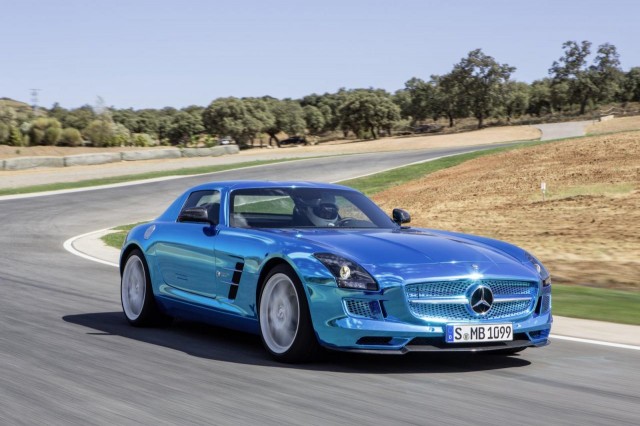 Two summers ago, Mercedes-Benz dropped a neon yellow bombshell called the SLS E-Cell Concept on the automotive world’s head. Skip ahead to today and, as promised back in 2010, a production electric SLS is set to start humming into showrooms next year. Like the E-Cell, the production SLS AMG Coupe Electric Drive has one motor driving each wheel, and all four get their juice from a centrally-located lithium-ion battery pack. But instead of 526hp and 649 lb.-ft of torque from the quartet of motors, the production version is set to have 740hp and 738 lb.-ft, making it the most powerful production AMG model (if not the most powerful Mercedes-Benz car) ever. And yes, a 220 volt charging unit will be included in the roughly $538,000 price tag (which, it should be noted, is the German MSRP with value-added tax). 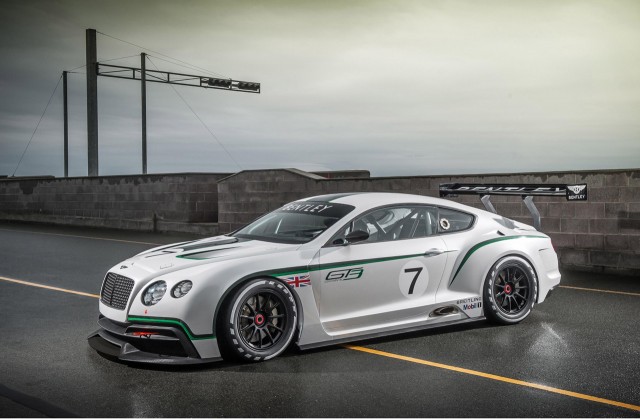 Shortly after Bentley scored the overall win at the 2003 24 Hours of Le Mans (its first victory in the event since 1930), the company re-withdrew from racing to concentrate on the launch and development of its wildly popular Continental family. Now, though, the fabled British marque is dipping its toes back into sports car racing, but not with a double-throwdown LMP like the last time. Instead, the Winged B’s new contender is a Continental GT built to fit the FIA’s GT3 regulations (i.e. functional aero package, gutted interior and roll cage, RWD instead of AWD, etc.). Bentley says the car should start showing up on entry lists late next year, and hopefully at least one will be campaigned on this side of the Pond. 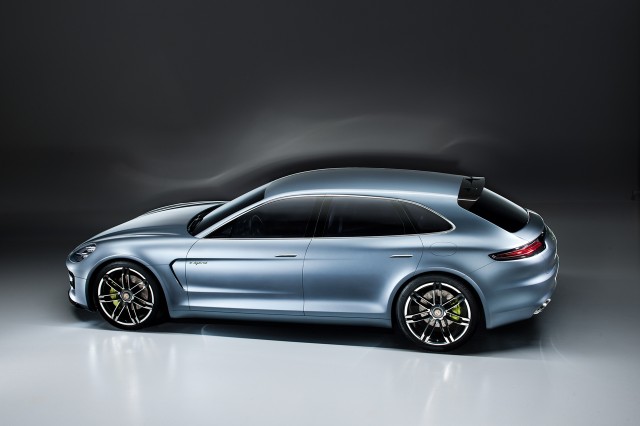 From a performance standpoint, the Porsche Panamera is brilliant. From a design standpoint, well…it’s prettier than an Aztek, right? Mercifully, Porsche has finally given the Panamera gorgeousness to match its go with the Sport Turismo Concept. It’s amazing how much the station-wagon-esque rump transforms the overall shape from “Ick” to “Slick.” And a new plug-in hybrid drivetrain (evolved from the Panamera S Hybrid production model’s non-plug-in setup) gives this show car green cred to match its street cred. 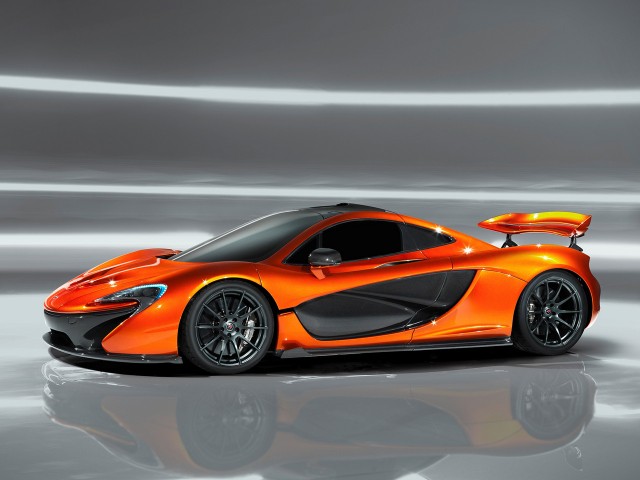 Almost as soon as the MP4-12C debuted, people have been asking McLaren when it will introduce a true hypercar successor to the immortal F1. Well, here is McLaren’s answer: The P1. While there’s not yet word on what will power this beast, expect the production P1 to aim for balanced performance rather than out-and-out top speed. 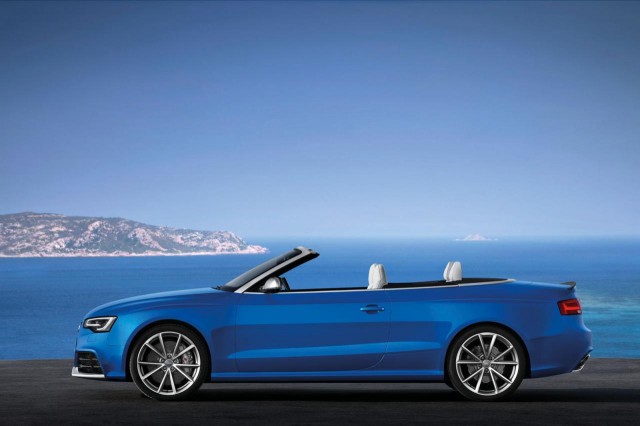 The Audi RS5 Coupe is the company’s ultimate sub-R8 model, what with its flared fenders, snarling normally aspirated V8 and all that jazz. But it’s not great for making the most of pleasant weather. Thus Audi will now offer a convertible alternative to the coupe with the same 450hp 4.2L V8, 7-speed dual-clutch transmission and tweaked quattro AWD system. Look for small quantities of RS5 Cabriolets to show up in U.S. showrooms early next year, just in time for top-down driving season. 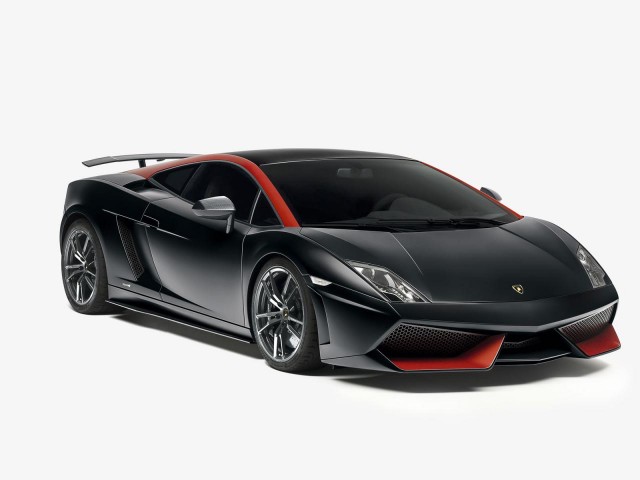 It looks like 2013 will be the Lamborghini Gallardo’s swansong, yet the company is giving its starter model one last facelift. And if that wasn’t enough, it’s also adding a new top dog version called the Gallardo LP570-4 Edizione Tecnica. No word on engine upgrades, but you do get carbon-ceramic brakes, a fixed rear wing, and a smattering of exclusive color combinations for the body, front intake surrounds and roof rails. And best of all, you can get it as a coupe or convertible. Pretty nice send off, no? 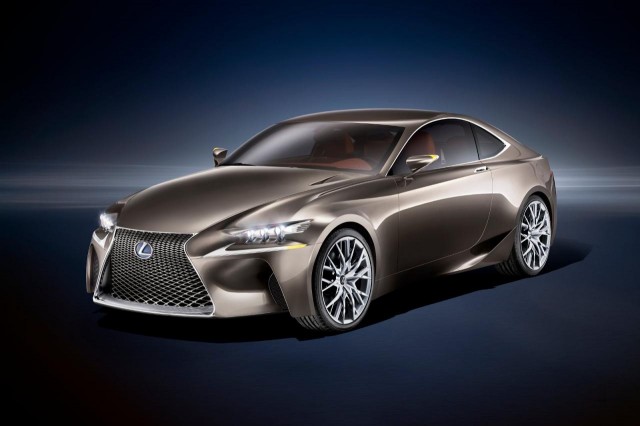 Discounting the LFA supercar, Lexus hasn’t had a fixed-roof coupe since the first generation SC ended production in 2000. If the LF-CC Concept is any indication, though, that could change soon. Featuring a 2.5L inline-four and electric motor combination driving the rear wheels, the LF-CC won’t set the pavement on fire, but it still sounds like it would be fun to drive. And more importantly, the styling purportedly predicts that of the next generation IS. Here’s hoping a coupe will, in fact, be part of the lineup. 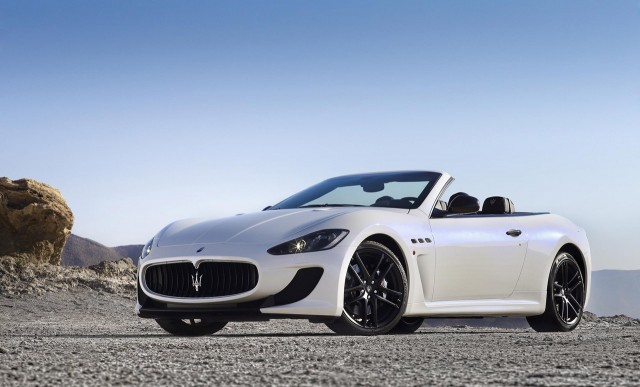 Audi isn’t the only company showing a high-po drop top in the City of Lights. Maserati chose Paris as the venue for the reveal of the GranCabrio MC. With a sport-tuned suspension, a high-output 460hp version of Maserati’s 4.7L V8, paddle shifted 6-speed automatic transmission and bolder bodywork, it’s essentially a soft-top version of the GranTurismo MC Stradale that premiered at the last Paris Motor Show in 2010. And you know what? We’re cool with that. 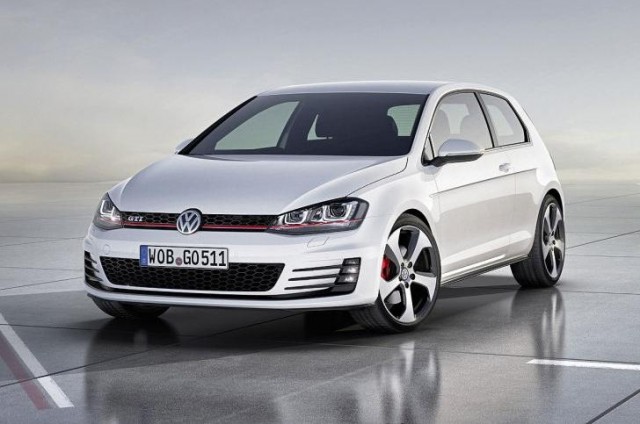 It wasn’t that long ago that Volkswagen introduced the sixth generation Golf, but now the German firm has launched the seventh generation of its global breadwinner. And naturally, a new Golf means a new Golf GTI (or just GTI as it’s known in our market). The GTI that VW is showing in Paris is officially a concept, but expect the production version to look 99.999% identical. Also expect improved fuel economy and more power (217hp versus 200hp in the current GTI) from the 2.0L turbocharged inline-inline four under the hood.