Old Man Winter may still have many parts of the Northern Hemisphere by the nards, but that doesn’t mean you can’t have some motorized excitement. Of course, vehicles that are good in the snow are also good in the dirt, sand, mud and whatever other summery unsealed surfaces you throw at them. Life’s too short to spend 100% of your time behind the wheel on pavement, folks! Fire up one of the following 10 automobiles and bury your face in Mother Nature’s bountiful bosom. And don’t be afraid of getting lost because, sometimes, that’s when you end up finding yourself. 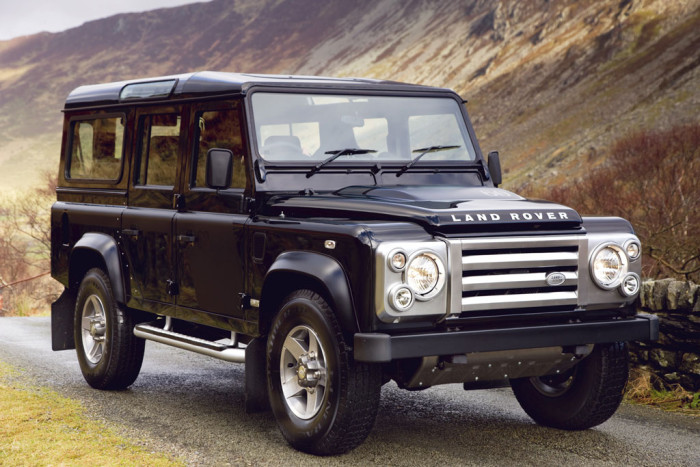 If you follow automotive current events on even a casual basis, chances are you’re aware that the Land Rover Defender – the last direct descendent of the pioneering Series I that arrived shortly after World War II – was recently discontinued. It can certainly be argued that technology and tastes had left it behind, but the Defender, like all of its predecessors, featured an aluminum body, and Land Rover dealers had little trouble selling each one built. And why wouldn’t they? The Defender 110 (as in 110” wheelbase) wagon featured seating for up to nine (or seven beginning with the 2007 model, owing to the European Union outlawing inward-facing seats), live axles front and back and a hardcore 4WD system with low range. Just 500 were officially imported to the U.S. and just for the 1993 model year; if you happen to own one, you’re basically driving a gold mine. 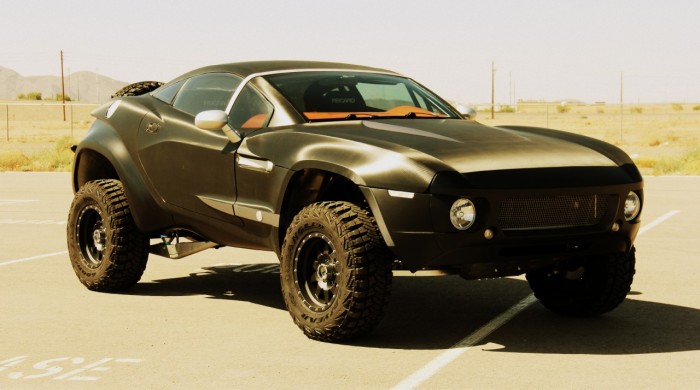 The idea of an off road sports car might seem a bit odd, but that didn’t discourage Local Motors from producing one called the Rally Fighter. The open-source-designed all-terrain coupe features 16” of front suspension travel and 20” of rear suspension travel, with a 430 horsepower GM LS3 6.2L V8 sending power to the rear wheels through a 4-speed automatic transmission. It probably won’t get you through the really rough stuff since it’s only 2WD, but for the stuff it can get through, it will do so in a great big hurry. 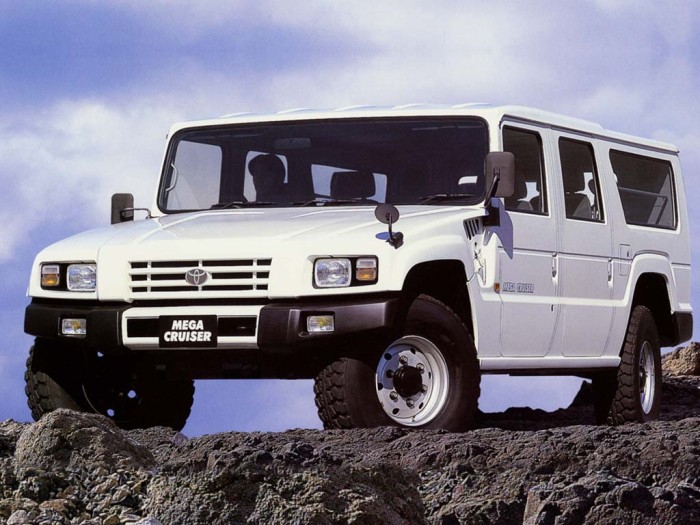 Although it’s easy to deride the Japan-only Toyota Mega Cruiser as a Hummer H1 copycat based on its looks, it’s a very different vehicle under the surface. For one, instead of the American military Jeep replacement’s GM-derived diesel V8s, the Mega Cruiser (which was produced from 1995 to 2002) used Toyota’s 15B-FTE 4.1L inline-four (yes, a 250 cubic-inch four-banger) turbodiesel producing 153 horsepower and 282 lb.-ft of torque. For another thing, it has four-wheel steering in addition to four-wheel drive with locking front, rear and center differentials. Toyota managed to sell quite a few to the Japanese military and local fire and police agencies, but the civilian version was a commercial clusterbone. Do you suppose they regret not selling it abroad? We like to think they do. 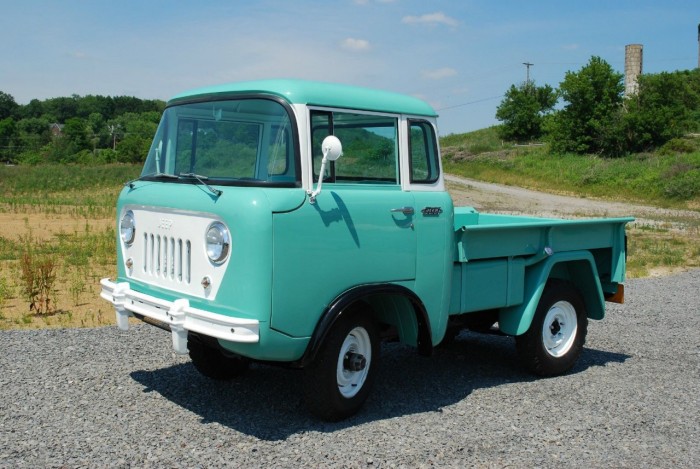 It’s pretty widely known that Jeep has built pickup trucks (and apparently will again in the near future), but not as many people seem to be familiar with their forward control trucks. The Jeep Forward Control range, as it was called, arrived in 1956 and consisted of two lines: The diminutive FC-150 and the longer and stronger FC-170 (Heavier-duty models – including a triple-axle FC-190 with power from a 292 cubic inch Ford Y-Block V8 – were planned but not produced.). Standard 4WD, beaucoup ground clearance and torque-rich four- and six-cylinder engines were typical Jeep fare, but the cab-forward layout translated to great outward visibility and room for a long bed relative to the truck’s overall length. And that extra length can come in real handy if you want to build a camper shell or even a complete motorhome body to stick on the back of the chassis. 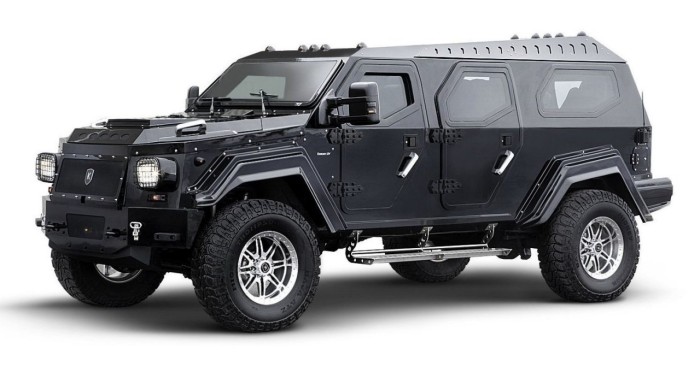 If your idea of a vehicular adventure involves traversing an area where violence is a fact of life, you’re going to want something armored for your expedition. And the Knight XV – made in Toronto by Conquest Vehicles – is about as well-fortified an off-roader as you can get without attending a military surplus auction. Although it uses many off-the-shelf parts (namely a modified Ford F-550 Super Duty chassis powered by either the 6.8L Triton V10 or the 6.7L Powestroke V8 turbodiesel), the Knight XV features a completely hand-built body constructed from high-strength steel, ballistic aluminum, composites and ceramic, as well as options like an oxygen survival system, under-vehicle magnetic attachment detector and night vision cameras. The six-passenger interior, meanwhile, is decked out with leather seats, Wilton Wool carpets, flat-screen TVs and video game consoles, because motoring through a warzone shouldn’t have to automatically mean “slumming it.” 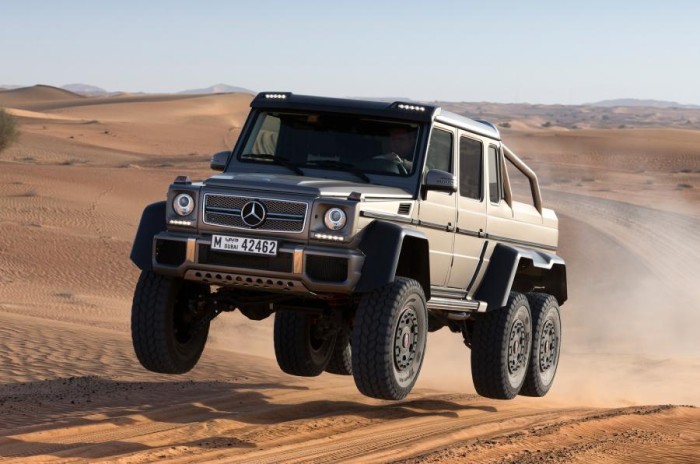 Mercedes-Benz – and even its recently rebranded performance subdivision, Mercedes-AMG – is generally pretty straight-laced and sensible with what it builds. But every now and then, the designers and engineers manage to trap the accountants and “branding experts” in a closet and proceed to let their own imaginations run wild. Case in point: The Mercedes-AMG G63 6×6. Apparently, it wasn’t enough for them to take the ultimate V8 version of the G-Wagen and add even more ground clearance and a set of portal axles to go along with it; no, they had to extend the curve-deficient truckster’s tail to add a pickup-style cargo bed and a third portal axle and two expedition-ready wheels and tires. It’s neither cheap nor economical, but it’s got traction out the wazoo and, if you can afford one, we’re confident you can afford to have a custom camper built and slid into the bed. 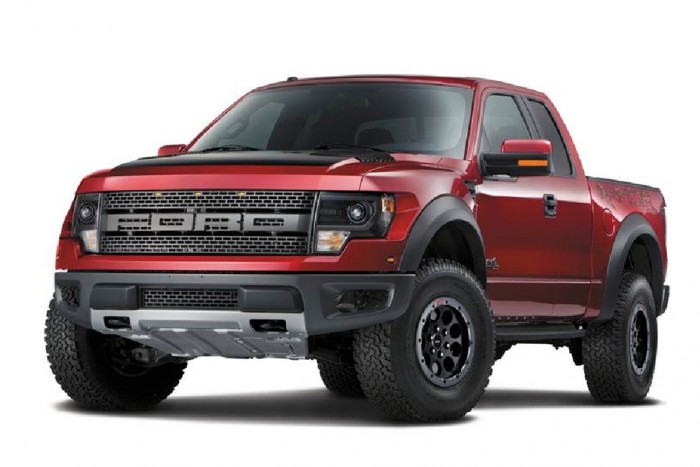 Factory off-road packages for pickup trucks have been around for ages. Add a skid plate here, different springs there and stickers with a name that includes a sporty letter like “Z” or “X” on the sides of the bed and call it good enough. But Ford’s SVT division doesn’t (or should we say didn’t, as it has since been bundled with Ford Racing and Team RS to form Ford Performance)do “good enough,” which is why when it decided to turn the 12th generation F-150 into an super-truck for the dirt rather than the pavement a la the two generations of Lightning it developed, it went all-out. The Ford SVT Raptor, as the model came to be known, featured a completely revised suspension setup with Fox Racing Shox internal bypass shock absorbers, a locking differential in back and – starting in 2012 – a limited-slip diff in front, and 35” tall BFGoodrich tires filling out exclusive wider bodywork.

To the surprise of many (including a lot of folks within Ford), the first generation Raptor was a smash hit with American truck buyers. And the second-gen Raptor – which should arrive later this year as a 2017 model – will have even more stuff for adventure seekers to love, like a lightweight aluminum body, 3.5L EcoBoost twin-turbo V6 similar to the one in the new GT and an exclusive (for now) 10-speed automatic transmission. 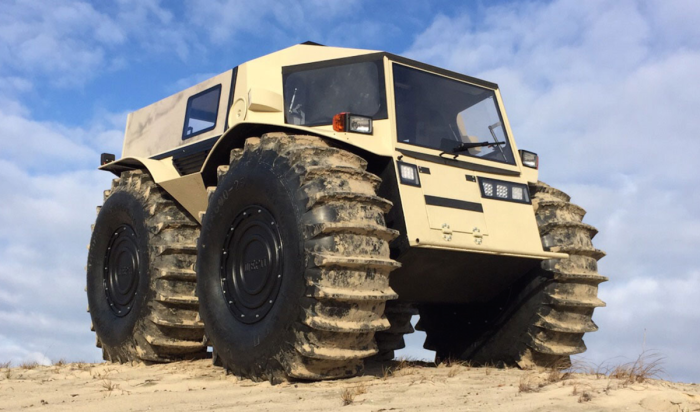 In Soviet times, the Russians built some machines for land, sea and air that were equal parts ridiculous, awesome and terrifying. The new Sherp ATV, designed by an engineer from St. Petersburg named Alexei Garagashyan, continues that proud(?) tradition. Propelled by a 1.5L diesel engine, this stubby 4WD internet phenom can putt-putt along dry land at up to 28 mph, and through water at just a hair under 4 mph thanks to its watertight hull and monumental tires that double as paddlewheels. Still not a fan? Okay, what if we told you it has a 2,205 lb. payload capacity and a standard fuel capacity of 15.8 gallons with optional additional tanks in the in interior and in the wheels(!) for an additional 52.8 gallons? Now you want one, right? Get in line, comrade… 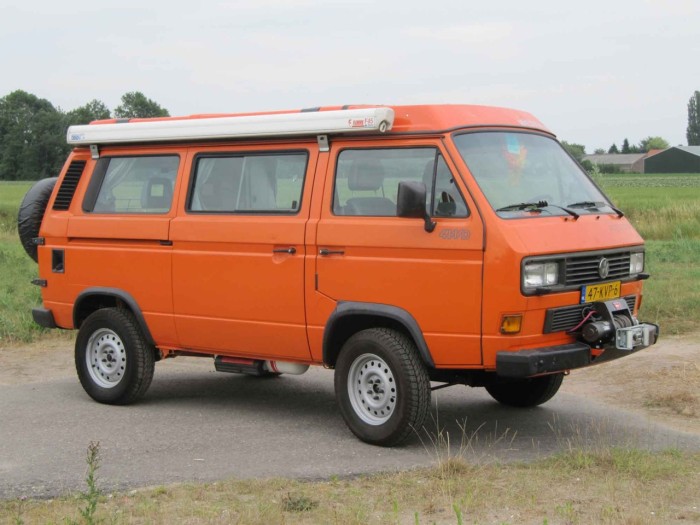 Volkswagen’s third generation Transporter vans and trucks (only the former of which was officially sold here in North America as the Vanagon) featured a variety of firsts for the bloodline, the most interesting of which was the option of four-wheel-drive. Known as Syncro in VW parlance, the system – developed by the Austrian 4WD experts at Steyr-Daimler-Puch – featured a 48:52 front-to-rear torque split and a low-range gearset for when the going got really rough. A 5-speed manual was the lone transmission offering for the Syncro, though you did have a choice of the perky (but fragile) 2.1L “Wasserboxer” flat-four or (if you lived outside North America) a thrifty-but-horribly-overwhelmed 1.6L diesel inline-four. It shouldn’t be surprising that T3 Syncros (particularly the Westfalia “pop-top” campers) are extremely coveted in automotive adventurer circles. 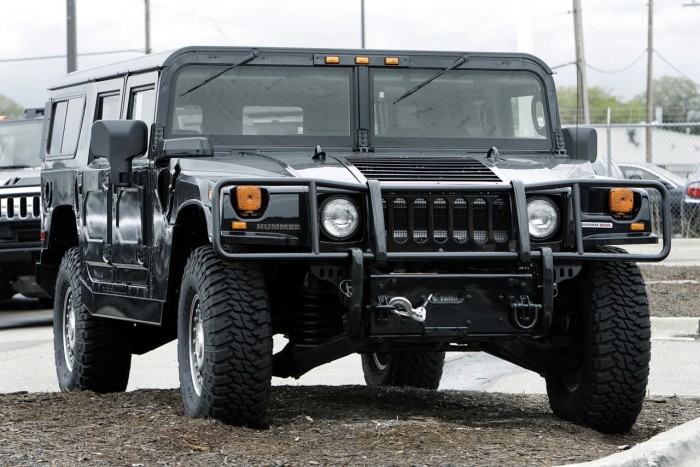 The civilian version of the Hummer was already a pretty extreme adventure vehicle, but for the 2006 model year, AM General (producer of the H1 and its military counterpart) and General Motors (holder of the Hummer trademark and the rights to sell the H1) introduced the H1 Alpha. It didn’t look dramatically different from earlier H1s, but it was a lot different underneath: The body sat 2” higher on its chassis to make room for the 300 horsepower Duramax 6.6L V8 turbodiesel and Allison 5-speed automatic transmission, which replaced the serially-underachieving 6.5L V8 turbodiesel and 4-speed automatic. The Alpha also incorporated high strength steel in its chassis, a stronger steering system, quieter gears in the differentials and portal axles, and redesigned electrical and fuel systems. Alas, the H1 Alpha was a one-year wonder, as production of all civilian H1s ceased in May 2006 in the face of tightening safety and emissions regulations. So if you want the most powerful and refined H1 of them all for your forays into the boonies, your pickings are pretty slim.