The Top 10 Best Captive Imports of All Time

Two weeks ago, we briefed you on the 10 most heinous horseless carriages ever to be kidnapped from faraway lands by Detroit automakers and foisted upon the American public. However, not all captive import stories end in tears; many such vehicles were downright successful in winning the hearts and minds of Yankee car geeks (Alas, the general public has almost always been a totally different story.). What follows is a list of 10 offshore autos that were fast (at least for their category and period), good looking (or not fill-the-eye-wash-station-with-bleach ugly, anyway), and just plain fun. 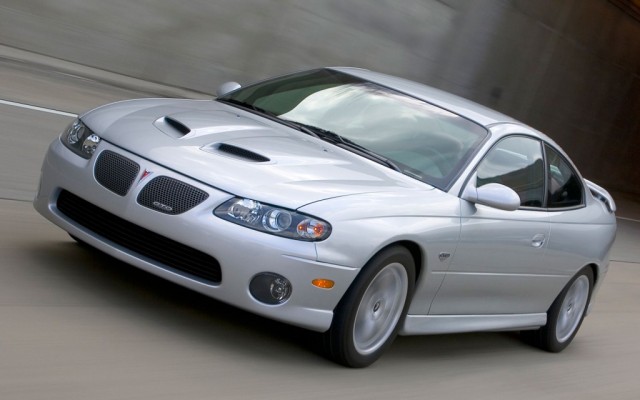 After a disappointing 1974 model year on the Ventura platform (Pontiac’s version of the Chevrolet Nova), the Pontiac GTO disappeared. Thirty years later it returned, based not on another American GM product, but the handsome new rear-drive Holden Monaro from Australia. Fans of the original “Goats” bemoaned the lack of hood scoops and split dual exhaust, but no one could bitch about the 5.7L LS1 V8’s 350 horsepower wallop. For 2005 and ’06, the hood scoops and tailpipe locations were “fixed” (though, as on the 1964 original, the former were fakes) and the LS1 was replaced with the 6.0L LS2 rated at 400hp. Sadly, ’06 was the end of the line, and after about a half-decade of apathy from most muscle car fans on this side of the Pacific, values of these last ever GTOs (No more Pontiac, remember?) are on the rise. 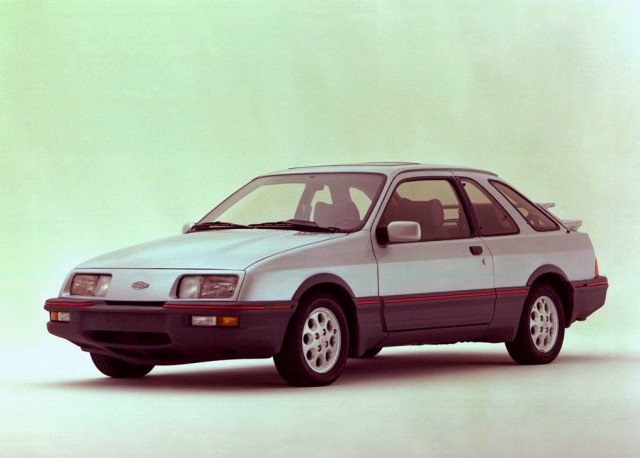 The larger, mature Merkur – the Scorpio – may have made our aforementioned 10 worst captive imports list, but its boy racer kid brother – the XR4Ti – has made it onto the good list. Based on the Ford Sierra (though with a name change to avoid the ire of General Motors legal staff), the German-built XR4Ti was only available as a three-door hatchback with a turbocharged 2.3L inline-four shared with the Ford Mustang SVO and Thunderbird Turbo Coupe.

Performance wasn’t blistering (particularly by modern standards), but the chassis – with rear-drive and fully-independent suspension – was pretty well sorted. And the X-Ratty (as some people call it, thanks to the 4’s resemblance to a capital A) provided engineers back home with a jumping-off point for the development of the hallowed Sierra RS Cosworth. We’re still mad at D.C. regulators and European currency buyers for keeping that one off our shores… 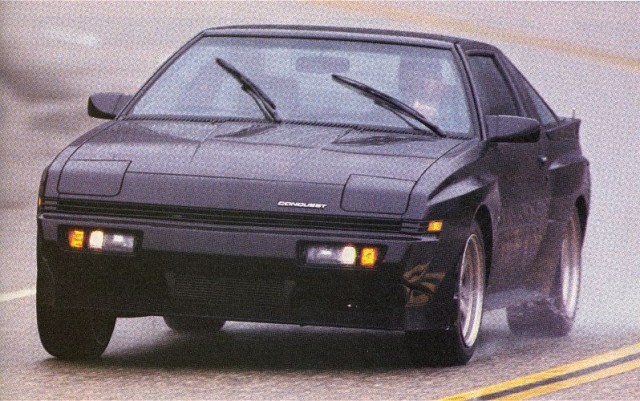 In 1982, Mitsubishi introduced a stylish rear-wheel-drive sport coupe called the Starion. Not long after that, Chrysler – long the North American importer of Mitsubishi cars and trucks – began selling Starions over here as the Conquest. At various times, the Conquest wore Dodge, Plymouth, and even Chrysler labels, and continued to be available even after Mitsubishi entered the U.S. car market and brought the Starion with it. And whether you’re talking about the early, narrow-body 2.0L cars or the later, wide-body 2.6L, you couldn’t go wrong with your neighborhood Pentastar store when you were in the market for Super Potential incarnate. 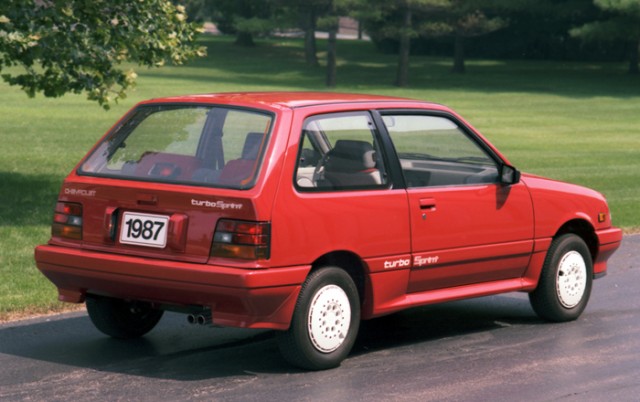 Chevrolet has a long history of sporty small cars: The turbocharged Corvairs. The V8 Novas. Even the Cosworth Vega, with its unique twin-cam, 16-valve four. But the smallest hot Chevy ever sold on these shores wasn’t really a Chevy at all; no, the 1987-’88 Sprint Turbo was born in Japan, at the same factory as the Suzuki Cultus on which it was based. However, country of origin was of little to no concern when you were in the boost of the turbocharged and intercooled 1.0L inline-three. Granted, you only had 70hp and 79 lb.-ft of torque to play with, but since they only had 1,633 lbs. to schlep around, performance was actually pretty perky by mid- to late-‘80s standards. Couple that with hatchback utility and fuel economy that some present-day hybrids and diesels would envy, and you have a rather desirable little roller skate. 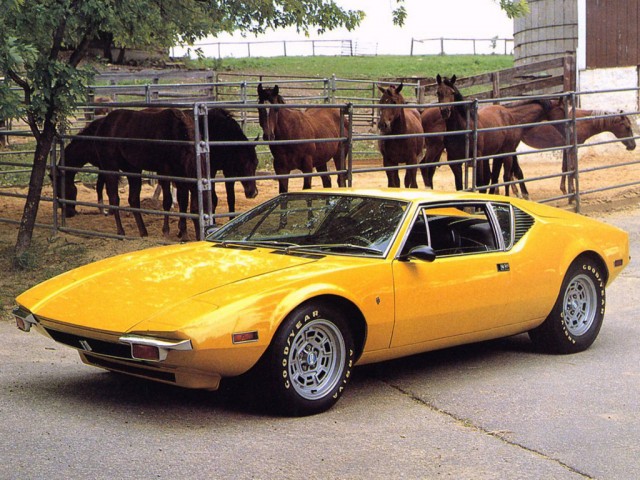 If you walked into a Lincoln-Mercury showroom between 1971 and ’74, you would have seen the expected broughamantic land frigates, badge-engineered small Fords, and station wagons clad in only the finest polymer veneers. But you also would have seen a low-slung, sexy, mid-engine Italian pavement-scorcher/female-undergarment-remover called the De Tomaso Pantera.

Sure, the Pantera’s mechanical integrity was about on par with that of its Prancing Horse- and Raging Bull-wearing rivals (Noted American minstrel E. Aaron Presley famously fired a slug through the floor of his when it refused to fire up.), and its purchase price wasn’t dramatically lower, either. But with looks like these (and a rumbling 351 cubic-inch Cleveland V8 soundtrack), did any of that really matter? We say no. 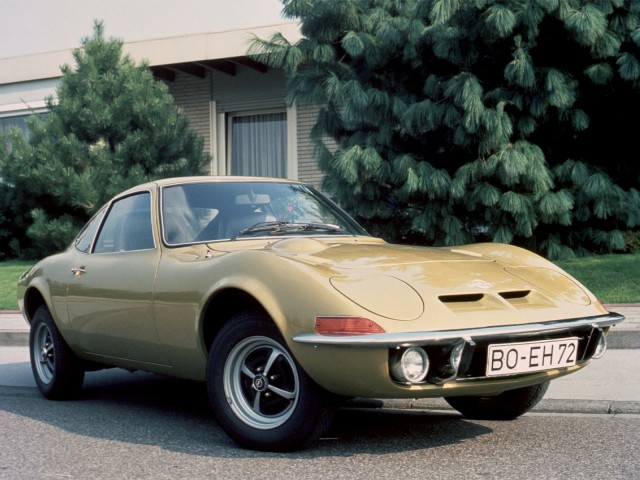 In the mid-1960s, GM’s German subsidiary, Opel, wanted a small two-seat sports car. However, it didn’t have much money to develop one. As a result, the small two-seater – which would come to be known as the Opel GT – wound up using a whole host of chassis and suspension bits from the company’s popular compact passenger car line, the Kadett. The GT’s inline-four engines – your choice of a pushrod 1.1L or a SOHC 1.9L – were also shared with the Kadett. But the body was a very different kettle of Fisch: It was built by the French firm Brisonneau and Lotz, and the styling bore more than a passing resemblance to that of the third generation Chevrolet Corvette, which was of course also made by GM and also debuted for the 1968 model year. In short, the GT gave Buick dealers (which sold Opels in this country, remember) a pigmy Corvette to sell. Sometimes, truth really is stranger than fiction.

After Starion/Conquest production ended in 1989, Mitsubishi turned its attention to the car’s successor. That successor would feature transversely-mounted 3.0L V6s (SOHC normally-aspirated, DOHC normally-aspirated or DOHC twin-turbocharged) and front- or all-wheel-drive, and be known as the Mitsubishi GTO on the Japanese market (The company decided to go with the less weighty 3000GT nameplate in most export markets, including the U.S.). And as before, Chrysler would get its own version: The Dodge Stealth.

Unlike the Conquest, the Stealth got unique sheetmetal, with thinner B-pillars and more conventional quarter windows in addition to different front and rear styling. However, the Stealth R/T Twin Turbo did share the 3000GT VR-4’s 300hp twin-turbo engine, AWD and all-wheel-steering (though not the Mitsu’s active front and rear spoilers or its later retractable hardtop convertible variant). Sadly, production of this road-clutching super coupe ended after 1996, while the 3000GT kept going for three more years. And as far as we’re concerned, both remain grossly under-appreciated. 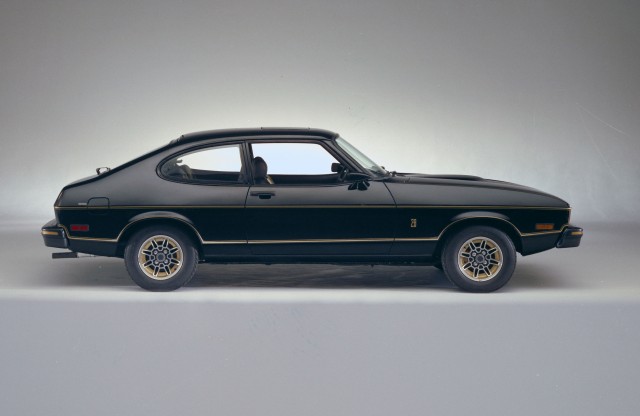 After the Mustang became, quite literally, an overnight success, Ford of Europe (headquartered in Cologne in what was then West Germany) and Ford of Britain (based in Brentwood, Essex) decided they wanted their own youthful sport coupe for their side of the Atlantic. Enter the Capri, a stylish fastback coupe chock full of Cortina Mk. 2 bits.

Beginning with the 1971 model year, German-built Capris (with the UK-built 1.6L “Kent” inline-four) began showing up in American Lincoln–Mercury dealerships. Later examples added bigger engines (including the “Cologne” V6) and a revised body with a hatchback rather than a conventional trunk. Granted, it also lost horsepower and sprouted fatter bumpers as time went on, but it remained a significantly better-built and, frankly, less depressing alternative to the homegrown Mustang II right until sagging sales and worsening exchange rates prompted Dearborn to end imports following the 1977 model year. 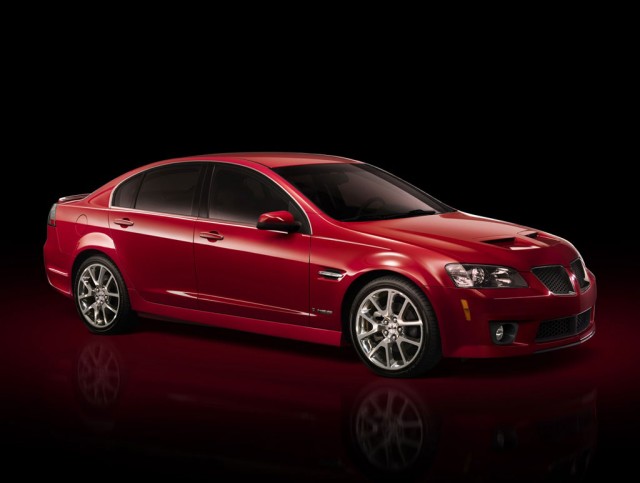 Rather than giving up on the Americanized Holden concept after the 2004-’06 GTO’s rather tepid sales performance, Pontiac management doubled down on the idea in the second-half of the last decade in the form of the G8 (nee VE Commodore). The handsome rear-drive four-door was offered in three tasty flavors: The base model, with GM’s 3.6L DOHC V6; the GT, with a 6.0L L76 V8 belonging to the beloved LS-series; and the GXP, with the base Corvette’s 6.2L LS3 V8 and buyer’s choice of a 6-speed automatic or 6-speed manual transmission (Base and GT G8s were automatic-only.). The brand later revealed plans to import the insanely cool VE Ute (a car-based pickup in the mold of the Chevrolet El Camino) as the G8 ST (short for Sport Truck).

Sadly, just before G8 ST production was set to begin (and the sedan versions were starting to gain traction in the marketplace), the global economy shat the bed and GM shuttered Pontiac (and many other divisions) before bellyflopping into bankruptcy. Yes, the upcoming Chevrolet SS is fundamentally the same vehicle, but with no firm plans for smaller-engine, manual transmission or pickup (or wagon) versions of that car, we reckon it’s doomed to be even more of a niche player than the G8 would have been on its worst day. And that’s just sad. 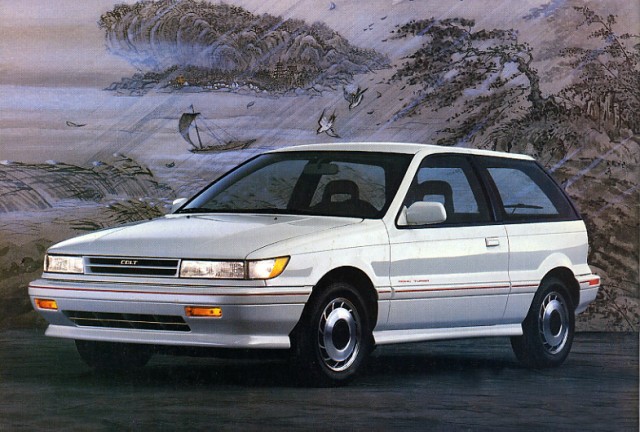 We’ve already given the turbocharged Mitsubish Mirage Turbo hatchback a shout-out on this site, but we think the Dodge Colt GT Turbo deserves some love, too. Okay, so it’s pretty much the same car. Strike that, it is the same car. But what a car it is; a tidy three-door hatchback body, upgraded suspension, and a rowdy turbocharged 1.6L DOHC inline-four was a more-than-welcome respite from the seemingly endless parade of K Car progeny that typified Chrysler’s domestically-sourced lineup during the era.