The Return of the Bronco

It’s official: the Ford Bronco is on its way back. Rumors have been on the rise for at least a year that the famous SUV will be making a comeback, and these rumors have finally been confirmed. According to a United Auto Workers official, Ford’s brawny off-road SUV will be heading back into the automaker’s lineup alongside the Ranger pickup. Both of these vehicles will be manufactured at Ford’s Michigan Assembly Plant. Beginning in 2018, with a possible release in 2020, the possibility of a revival of the Bronco has enthusiasts excited, since the iconic status of the Ford Bronco is marginally eclipsed only by the legendary Ford Mustang.

A Brief History of the Bronco 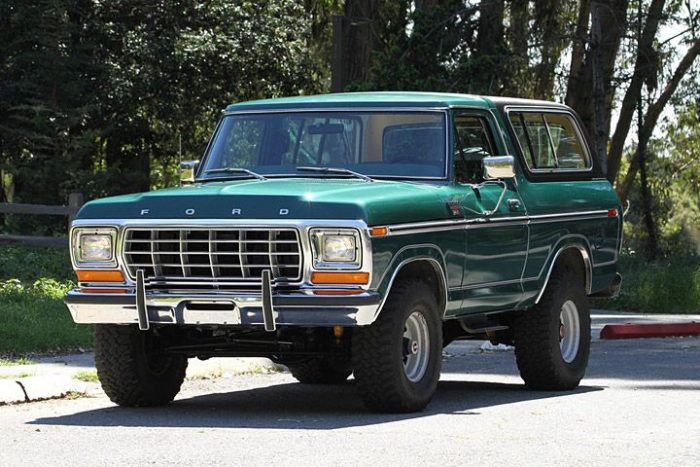 One of the first sport-utility vehicles, the original Ford Bronco was a rough-and-ready SUV ideal for off-roading – as it was capable of tackling trails – under hot competition from the Jeep Wrangler. It was described by Ford at the time as being able to “serve as a family sedan, sports roadster, snowplow or farm and civil defense vehicle.” The Bronco was originally manufactured from 1966 to 1966 as a two-door compact SUV, best for off-roading but not for towing. By the 1970s however, the Chevy Blazer had outclassed it, which prompted Ford to switch to a larger body style as well; in 1978, the Bronco became a full-size SUV built off the F-150 platform.

In 1980, the third-generation Bronco was introduced, and throughout the lifetime of this model, changes were made through the years to the powertrain, body styling and interior, before the vehicle was finally discontinued in 1996. And of course, its pop culture icon status was assured when famously, in 1994, former NFL star O.J. Simpson used a white Bronco to lead police in a low-speed chase down a Los Angeles freeway. Unfortunately for him, while the Bronco excels off the road, it makes a terrible getaway car. 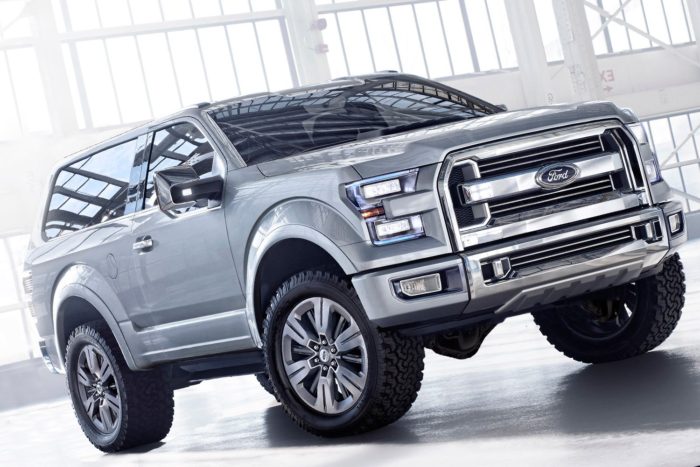 Very few details have yet been released by Ford, but that hasn’t stopped people from daydreaming as to what the new Bronco might look like. In the late 1980s, the Bronco was roomy, its engine was boomy and it towered above the road. Superfans on the site Bronco6g.com, noting that there hadn’t been a solid concept since 2004, fueled the buzz and excitement about the new Bronco by coming up with their own 2020 model year concept. These days, anyone can Photoshop their own design concept relatively easily, and that’s what these fans did.

Fusing styling ideas from previous Bronco generations, the 2004 Bronco concept, and modern Ford trucks and SUVs, their 2020 Ford Bronco renderings attempt to call back to the classic design while providing a modern spin. The intention is to retain the tall, boxy, tough, no-frills look, including the classic round headlights and square inset front grille that has evolved from the 1st generation Bronco, while placing it on a modern body and fitting it with a variety of differing grilles, wheel fender shapes, ride heights, and a cargo rack.

Why Bring Back the Bronco Now? 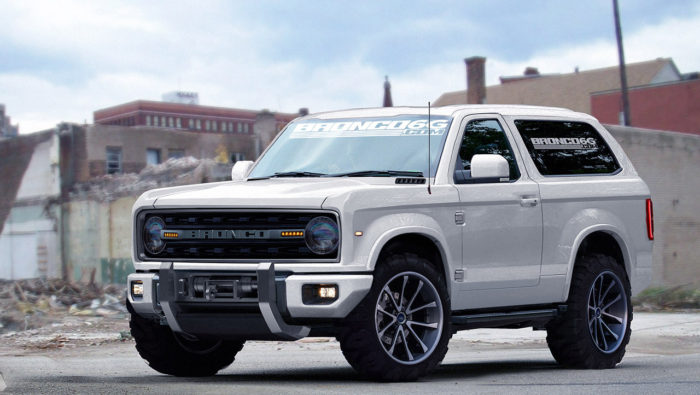 It’s a good time for Ford to bring the Bronco back. The company is doing well, with it’s popular Transit Connect vans being extremely solid sellers. Also, SUVs and trucks are selling well at the moment because of low gas prices, making it an ideal time to roll a new model (or a remake of an old model!) off the production lines. The Jeep Wrangler, the Bronco’s original competition, is doing particularly well as a result, so the time is ripe for its old-time rival to rise again, particularly since the Land Rover Defender’s sales haven’t been all that good.

But of course nobody except the design team has any idea what the new Bronco will look like, fan art notwithstanding. One major debate is whether the new Bronco will have a removable top so that the company can better compete with the Wrangler, which is at least possible since Ford has purchased both the Wrangler Unlimited and Unlimited Rubicons to benchmark them and attempt to exceed their performance. For now, all we can do is watch, wait and guess just how much fun driving one of these things is going to be.