Throughout the first half of the 1980s, Volvo was basically the Sunday school teacher of the automotive world. Its 240 and 740/760 series of sedans and station wagons were boxy, rear-drive safety cages that, aside from the occasional turbocharged models, were about as exciting and youthful as Nancy Reagan reading a phonebook aloud. Luckily, the suits in Gothenburg were well aware that the company’s image was as square as the family cars it was sending out the factory door, so they set to work on Project G-13, a smaller, more modern model to change people’s minds about what a Volvo was. But what they came up with – the Volvo 480 – was a series of “could-have-beens.”

Ah, but we’re getting ahead of ourselves. Firstly, you should know that the 480 debuted on October 15, 1985, but it wasn’t until the following fall (after its in-the-metal premiere at the 1986 Geneva Motor Show) that European sales began in earnest. Atop the 480’s tidy 99” wheelbase sat an unmistakably-‘80s body with a low, sloping nose with popup headlights (the first and, as it turned out, only time such a feature would appear on a production Volvo), long shooting brake greenhouse, and broad L-shaped taillights that made room for the huge glass rear hatch. If that sounds like an ‘80s reinterpretation of the iconic Volvo1800ES, that’s because it pretty much was. 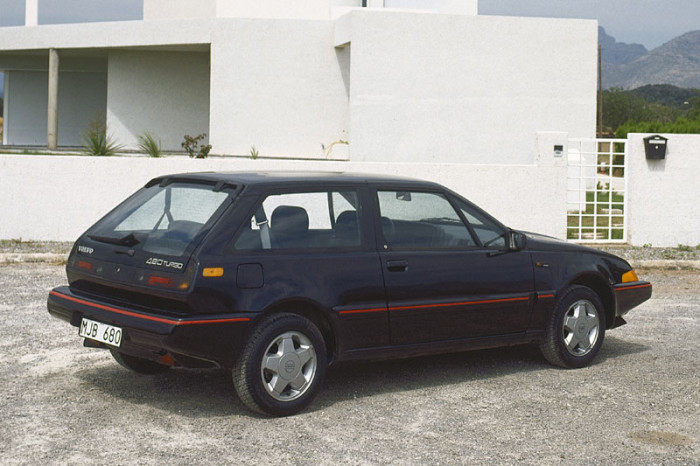 However, while the concept might have been similar, the execution was quite different: The 480 was front-wheel-drive – another production Volvo first – and rode on a Lotus-tuned suspension. Initially, a Renault-provided 1.7L inline-four rated at an adequate-for-the-era 108 horsepower was the only source of power; it was joined in 1988 by a turbocharged version of that engine, which added just 10 horsepower but a welcome 26 lb.-ft of torque, for a total of 129. As the ‘80s gave way to the ‘90s, many countries in Western Europe started requiring new gas-powered cars to be fitted with catalytic converters, which prompted Volvo to replace the naturally-aspirated 1.7L engine with a 2.0L unit in order to maintain similar power levels. Transmission choices were limited to a 5-speed manual or 4-speed automatic. 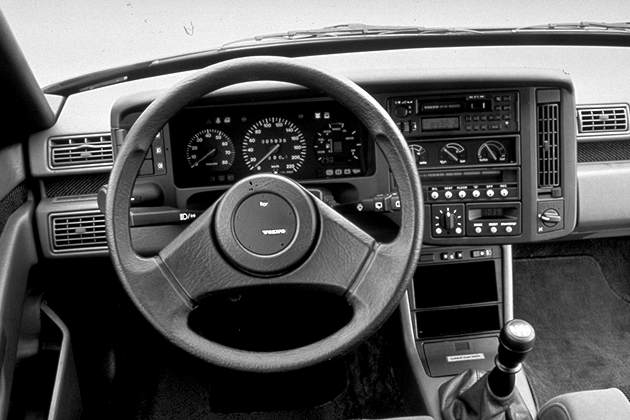 All in all, the Volvo 480 was a nice (though rather unreliable, at least in its early incarnations) little sporty hatchback/wagon-ette thingy. So…what happened? It was certainly designed with our market in mind, complete with Uncle-Sam-mandated front and rear 5 mph bumpers and side marker lights, and Volvo told the U.S. automotive press that the 480 would be landing here in late 1986 as an ’87 model. However, the U.S. launch was almost immediately pushed back 12 months as Volvo struggled to find capacity to produce the 480 and its more-vanilla platform-mates, the 440 and 460 (which arrived in 1987) at the former DAF factory in Born, Netherlands. The 440 and 460 were immediate hits with European buyers, which meant even less room for 480s in the production mix. Combine that with updated regulations for airbags and other systems coming out of D.C. for the ’89 model year and the cancellation of the planned 480 convertible after the firm out to which it had been subcontracted went bust (Prototype 480s with 16-valve, supercharged and 2.0L turbo engines were also evaluated but never green-lighted for production.) and it’s easy to see why Volvo gave up on bringing it here. But that certainly doesn’t make it easier to accept…