Back in April, the Porsche tuning experts at TechArt pulled the wraps off their body kit for the new 981 chassis Cayman. It makes the already handsome new Cayman look even more distinctive and athletic. Plus, a sport spring kit and a high performance exhaust system mean it actually is more athletic, if only slightly.

So why is TechArt’s take on the 911’s understudy back in the news? Well it turns out the company isn’t quite done releasing custom bits for Porsche’s new mid-engine marvel. And they (along with the ones that were already announced) conspire to make for a truly aggressive ensemble. 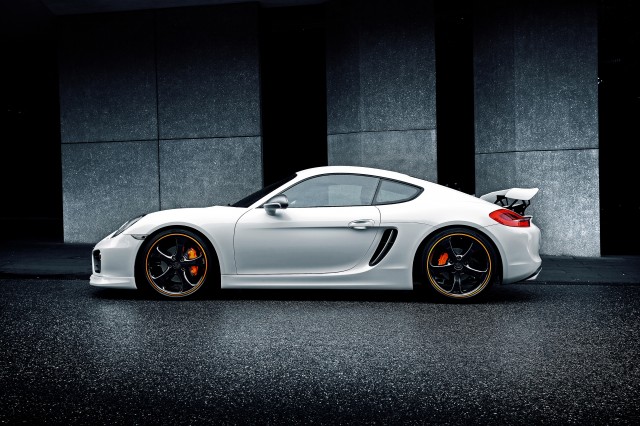 The new front valence with a splitter, side view mirror caps, side vent trim bars and rear diffuser look to be the same as before. However, there’s a big change at the trailing edge of the rear hatch: The earlier rear spoiler, which was itself taller and bolder than stock power-retractable unit, has been replaced by a new quasi-GT wing that’s even taller and adjustable. If Porsche made a Cayman GT3, we’re guessing it would wear a wing that looked a lot like this one. 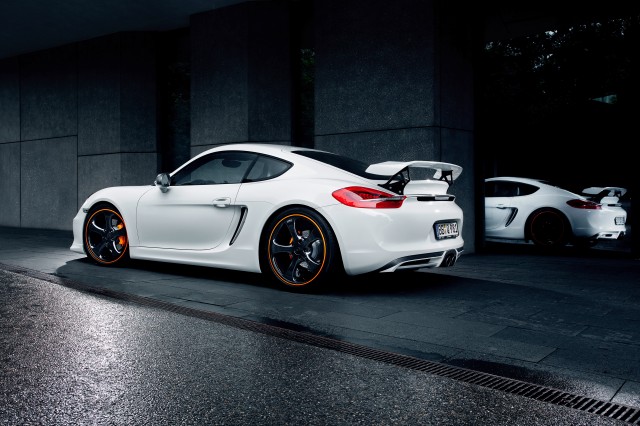 However, we can’t picture Porsche installing a set of black 21” wheels with orange stripes around the rims. But that’s exactly what TechArt has done. What’s more, the company will be using the Frankfurt Motor Show to debut a new style of wheel, the Formula IV. Throw in the 1.38” lower ride height, performance exhaust system, and ritzy new leather and carbon fiber interior appointments, and you have a supremely appealing package.

Quite how much TechArt is going to want for said package is still nebulous, but perhaps the cost will be made clear at Frankfurt next week. 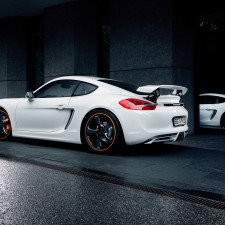 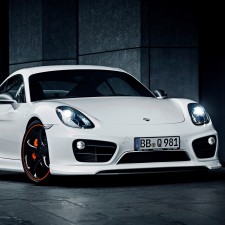 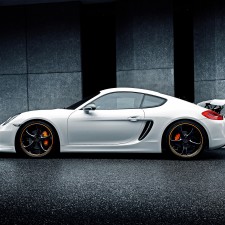 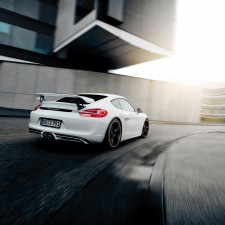 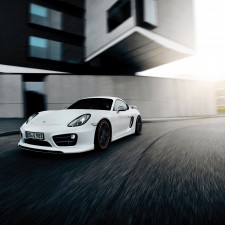 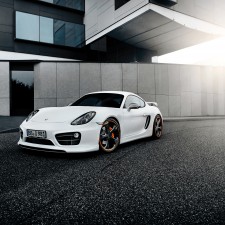 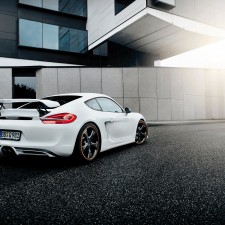