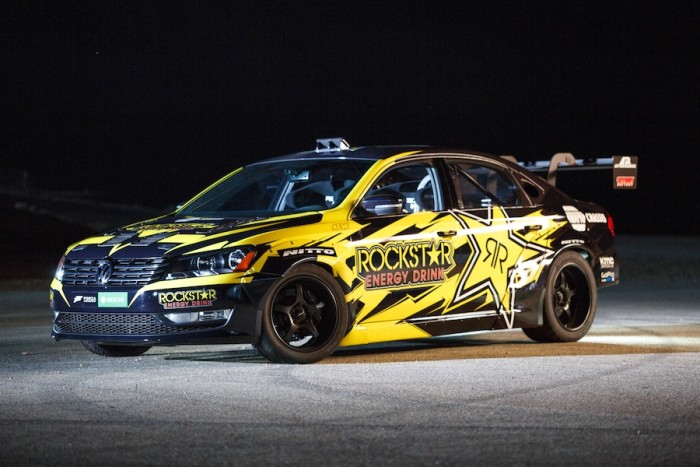 Tanner Foust has been a busy fella in recent years, so busy in fact that he hasn’t been able to compete in any Formula Drift events since the 2010 season finale. That’s rather unfortunate, since the Colorado native is a two-time series champion and is tied for third on the series’ all-time wins list with seven victories. However, it looks like Tanner’s schedule will allow him to compete in three rounds of the 2015 Formula Drift season. And his mount for those races will be a most unexpected machine: A Volkswagen Passat. 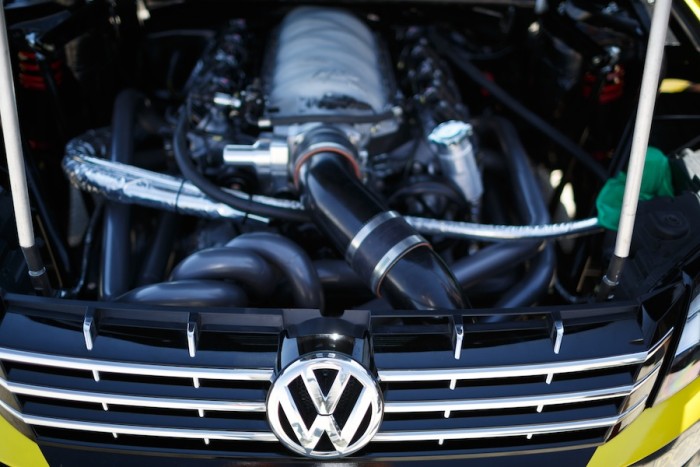 Yes, it’s easily recognizable as VW’s eminently-sensible mid-size sedan, but the fender flares, gooseneck-mounted rear wing and Rockstar Energy Drink dominated livery make it look the part of a pro drifting machine. The drift-centric makeover continues under the skin, with a hydraulic handbrake, 60° of steering lock and a longitudinally-installed 7.4L V8 driving the rear wheels through a racing style “dog box” 4-speed manual transmission. That engine (which belongs to GM’s LS family, though Foust, VW and all other parties involved have understandably refrained from discussing its origins) exhales through a super-trick 8-into-1 exhaust header that dumps to the front of the engine (something made possible by installing the radiator in the rear) and produces a claimed 700 horsepower on its own, and 900 horsepower with a shot of nitrous oxide. That should make vaporizing those beefy Nitto tires a walk in the park… 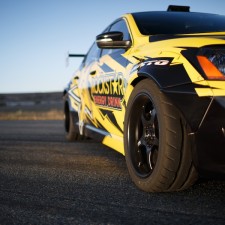 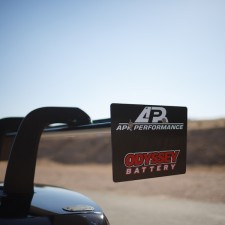 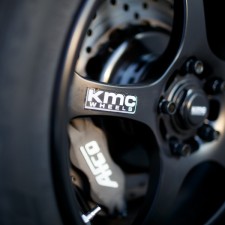 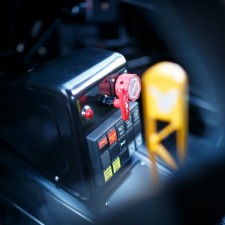 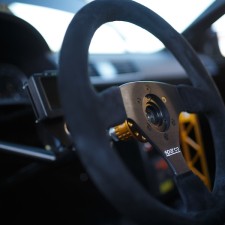 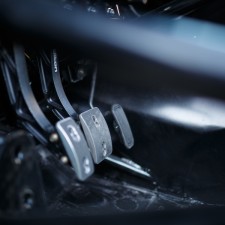 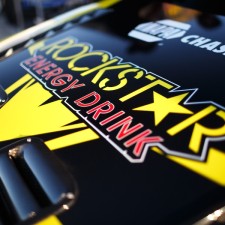 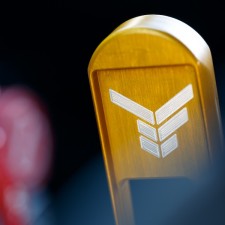 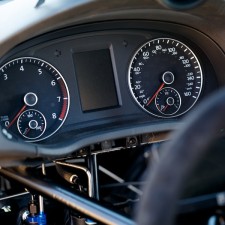 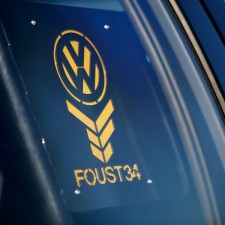 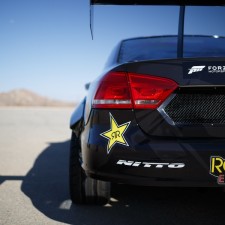