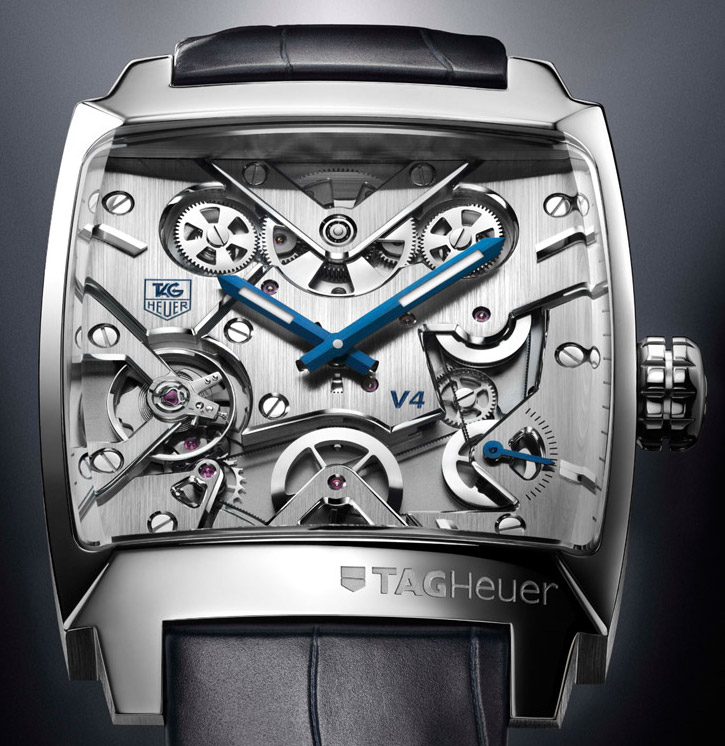 Back in 2004, TAG Heuer unveiled the Monaco V4 Concept Watch to widespread exaltation. But at that time, insider speculation indicated that a commercial version would never be forthcoming. The watch was the world’s first featuring a belt driven transmission instead of the classic pinion and wheel movement. It also pioneered the use of linear mass (mounted on the smallest ball bearings ever made) instead of normal oscillating mass. Five long years later, on the eve of the company’s 150th anniversary, TAG Heuer has unveiled the production version of the Monaco V4 Limited Edition. 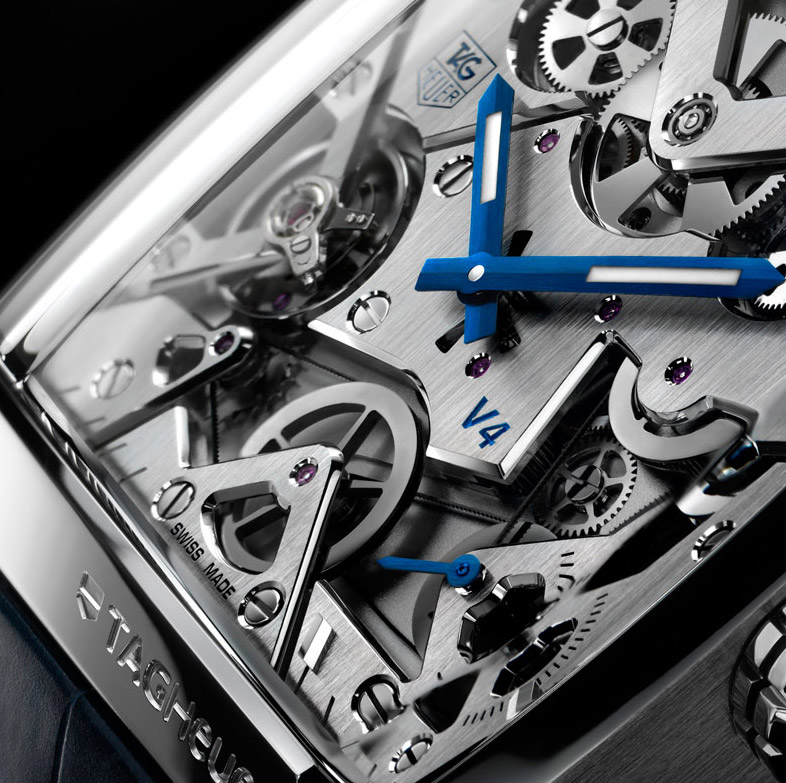 This double-patented timepiece arrives with all of the technological marvels that made the concept watch so appealing, packaged in a platinum case with a beveled and arched sapphire crystal face and alligator straps with titanium inserts. Each Tag Heuer Monaco V4 is hand-assembled by legendary watch master Denis Badin, who will be completing just 150 units.

As a tribute to the high-tech, high-performance world of motorsports, this exclusive watch features the same big, squared-off case from the original 1969 Tag Heuer Monaco edition that Steve McQueen made famous. The price is set at 100,000 swiss francs which is close to $98,600 USD. This may seem a bit steep for a Tag, given that its price range rarely breaks north of $2k, but this is truly a stellar watch with unparallel craftsmanship and innovation. 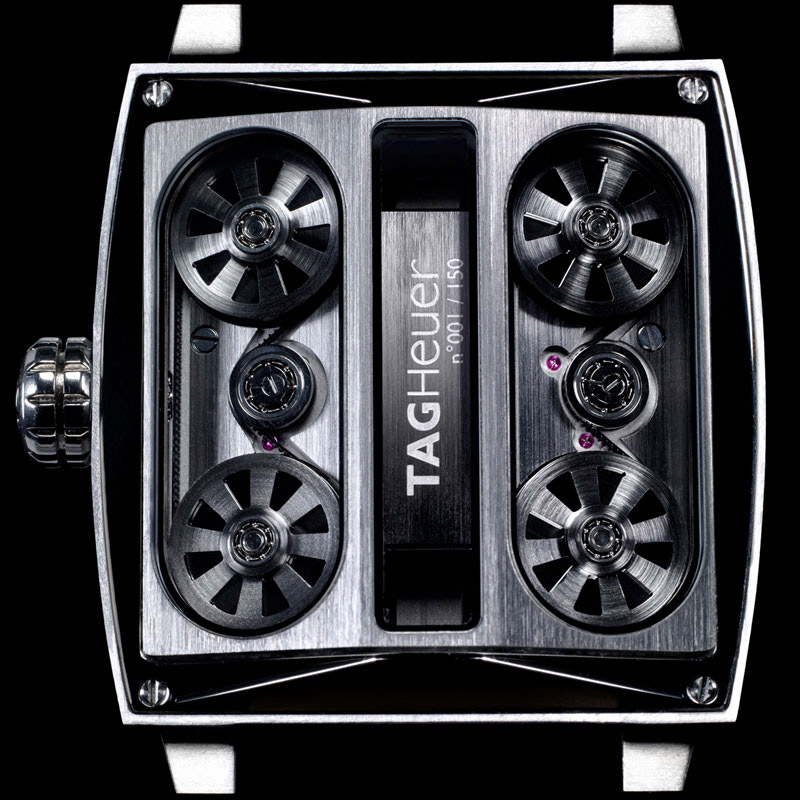 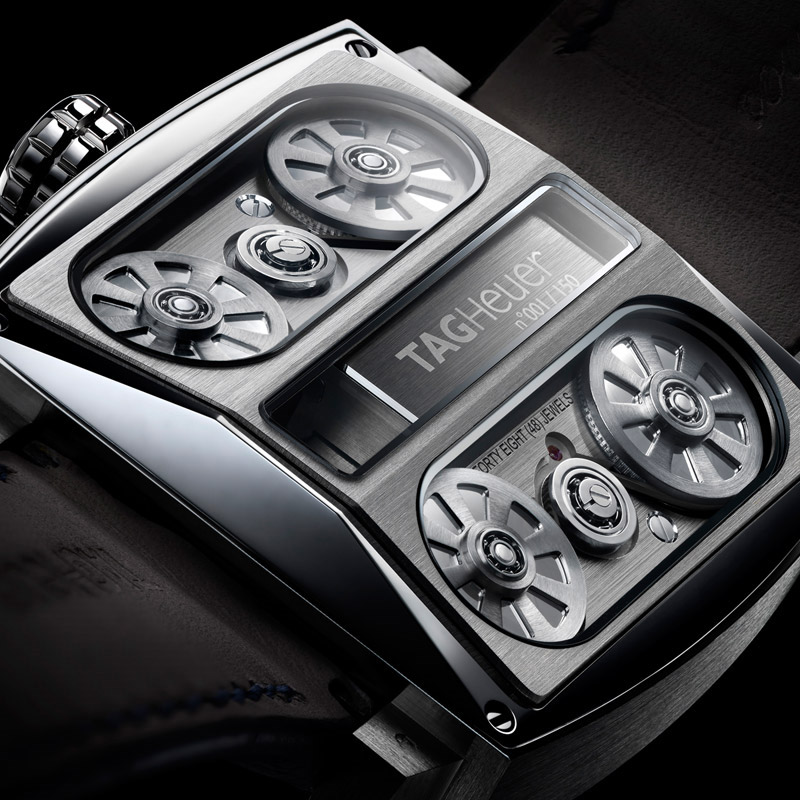 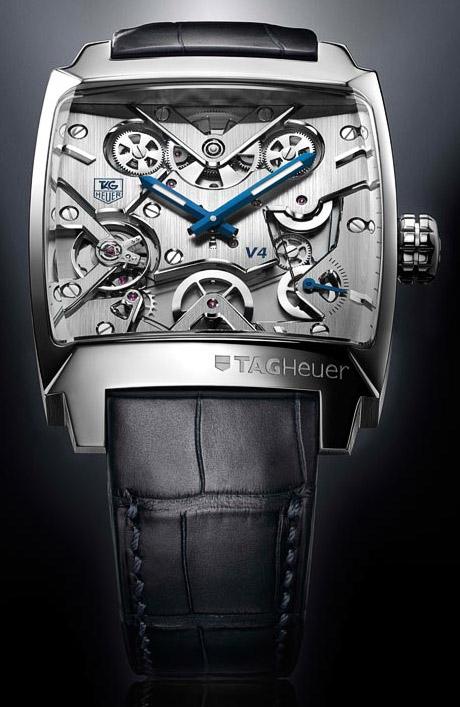