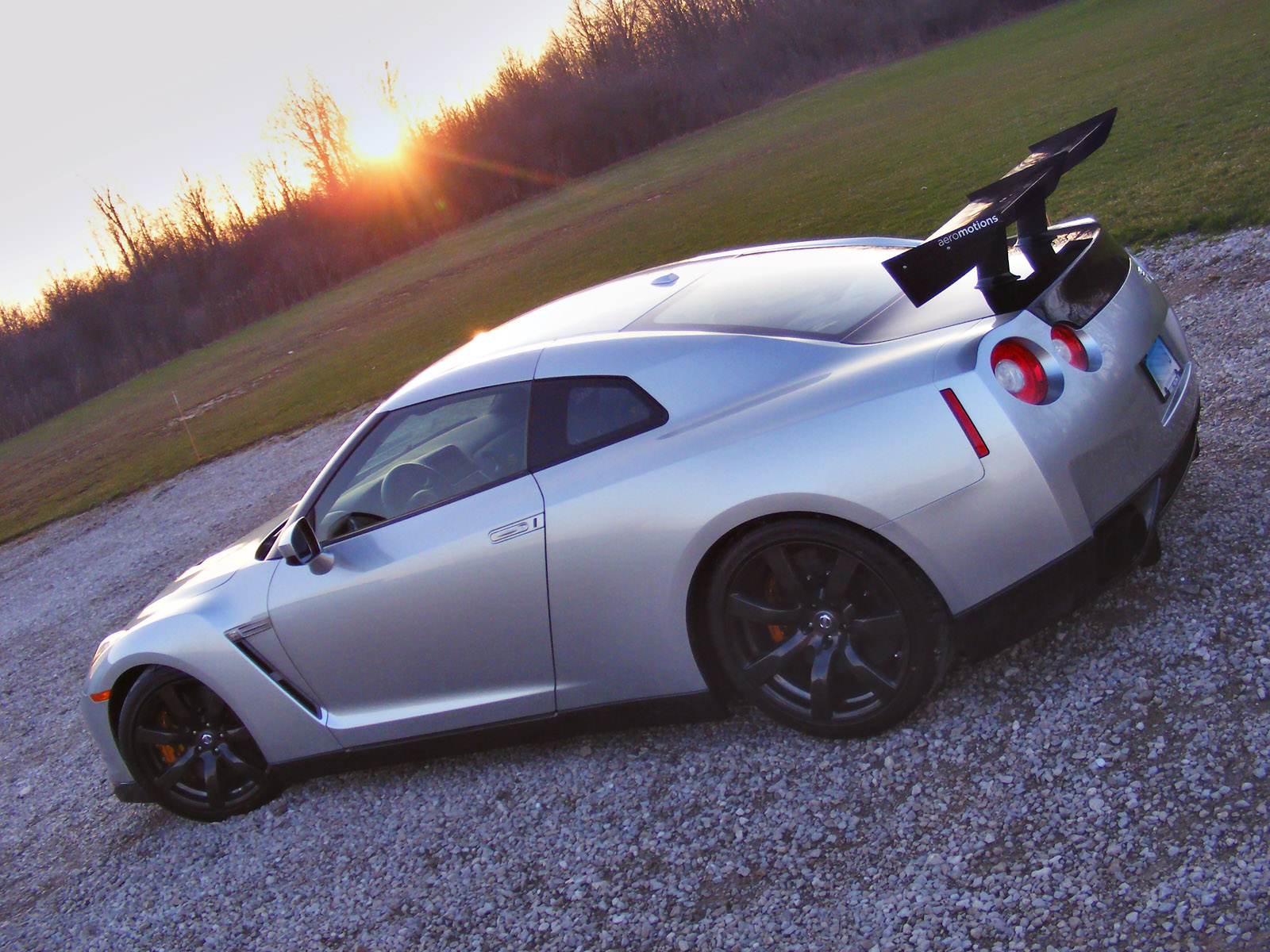 There isn’t that much about Ohio that calls to me. I like rock music, but not enough to make the trek out to the Rock and Roll Hall of Fame. That’s a stop I’d make on my way somwhere, but it’s not important I make it a final destination anytime soon. There’s the Kelton House in Columbus, which, so far as I can tell, is a really really old house with old things inside. As cool as a chair from 1756 is, I find the power cable of an Xbox more interesting to look at. Drew Carey was born in Ohio. Know where lives? Not in Ohio. However, there is small place in this quiet state that I want to visit: Switzer Performance.

Ever since Switzer hit the streets with their 800 horsepower GTR kit (the P800), we’ve had our eyes glued, covering several of their incredible cars. All their cars strike fear in the hearts of worried moms and stock exotics alike, but their new one is hoping to be a record breaker. It’s their newest Nissan GTR, unofficially dubbed, “The Switzer Performance Track Animal.”

The name sounds silly only to those unfamiliar with the 4-wheeled calculator that is the GTR. The GTR has been Googled, drooled over, discussed, searched for and chased after more than any exotic I can think of in the past ten years. Even in stock form it’s capable of making Porsche and Ferrari owners uneasy. Should you happen upon a GTR with a Switzer plate on it you may as well turn your car off. 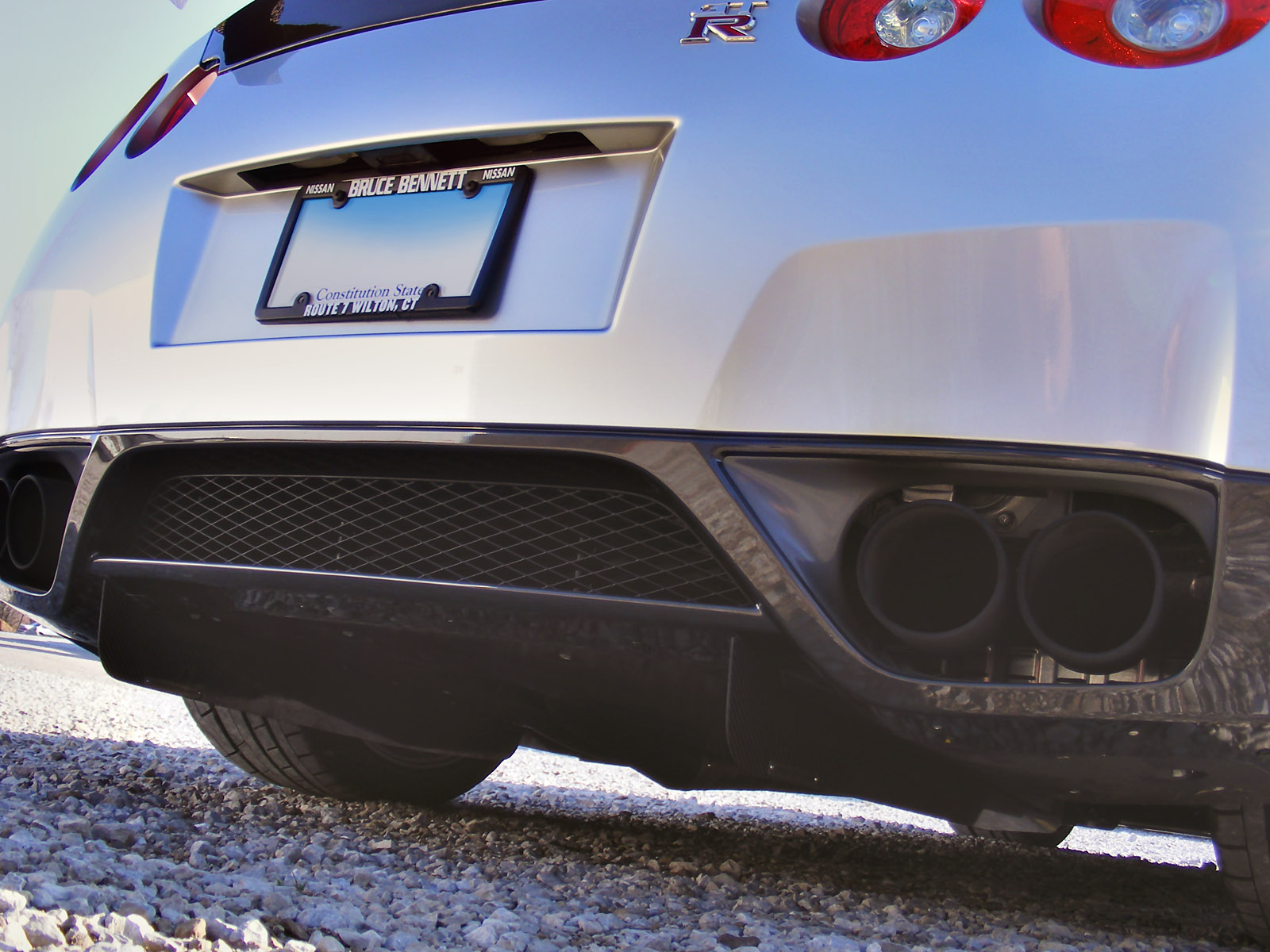 But this isn’t even a “normal” P800-equipped GTR, because that simply wasn’t what the customer wanted. When the owner of this particular GTR called up Switzer, they had a specific request, “A race car with climate controls.”, according to shop owner, Tym Switzer. The owner wanted to be able to make the 3 hour drive to the track in a level of comfort both he and his wife found acceptable. But once there, he also wanted to able to put down some of the fastest times possible in a GTR, and then drive back home.

It sounds fairly simple, but the GTR has always had one big “con”; it’s hefty. In stock form the GTR weighs 3800 lbs. By comparison, a new 997 turbo weighs 3500 lbs, and the Corvette Z06 weighs a feather-light 3,175 lbs. The GTR is clearly the “fat friend” in this group of performance coupes. While the GTR weighs quite a bit more than its competition, countless comparisons have proven Nissan knew exactly what it was doing. When a car with less power and weight than the 996 Turbo beats it around a race-track, it doesn’t matter what it looks like in a bikini. Brian Urlacher may not be as ripped as Brad Pitt, but he could easily chase Brad down and rip his head off. 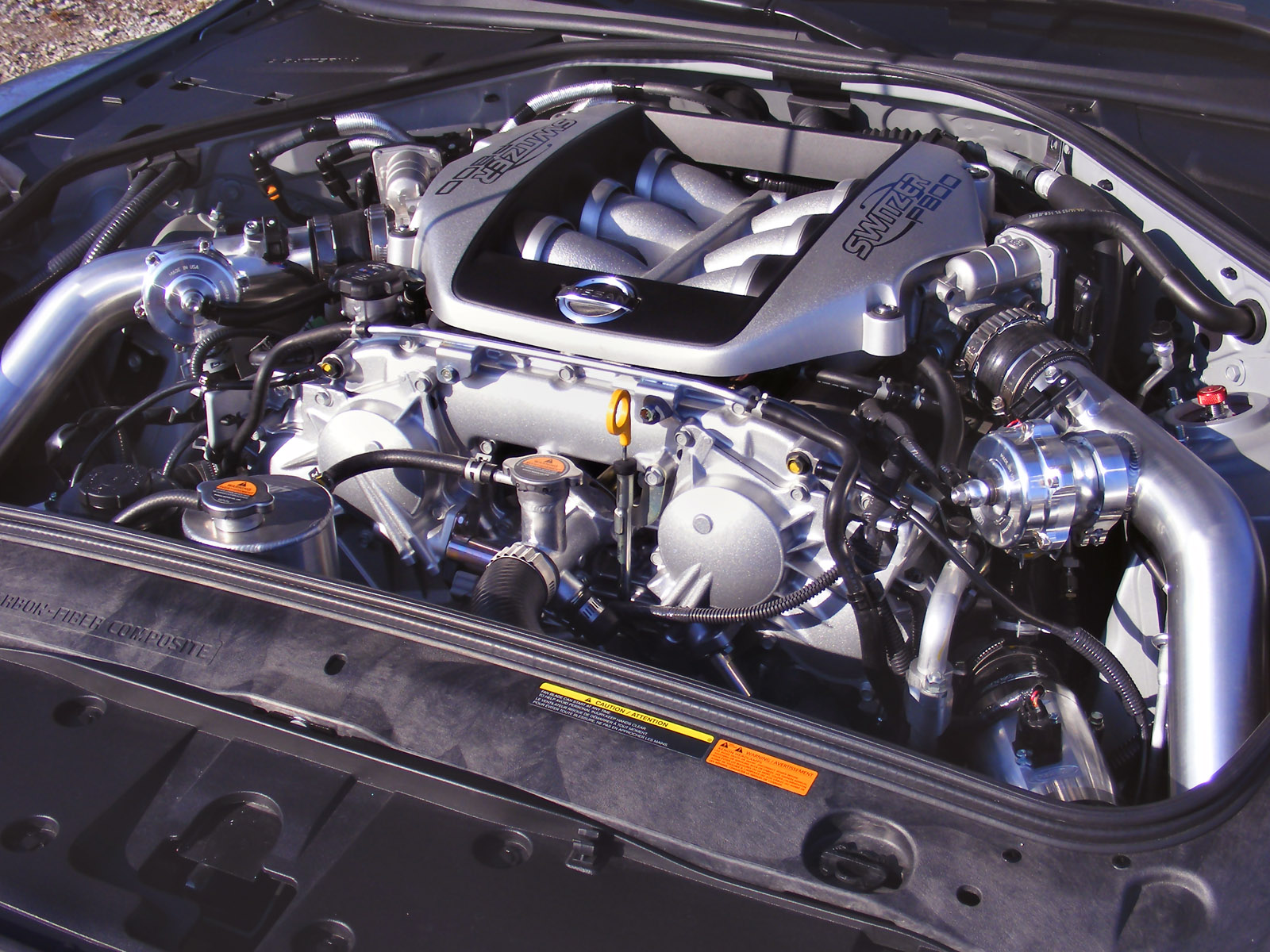 So, if the GTR is fast as hell with all that gut, what about without it? This is the question Tym Switzer was going to answer. To make his customer happy, Tym planned to add power, but also shed some weight. Adding power was the easy part; Tym bolted on Switzer’s amazing P800 package. Bigger turbos, new intercoolers and a new intake add up to 720AWHP. The kit itself weighs the same as the parts it replaced, so there was zero weight gain during the transplant process.

To reduce weight, Tym swapped in carbon brake rotors from AP, as well as new stainless steel lines, high performance pads and fluid. This not only reduced the weight of the car, it also reduced rotating mass at all four corners, improving acceleration, stopping distance and moving the center of mass further inside. A new fully adjustable JRZ suspension system was added, because the GTR didn’t have quite enough grip for Tym. 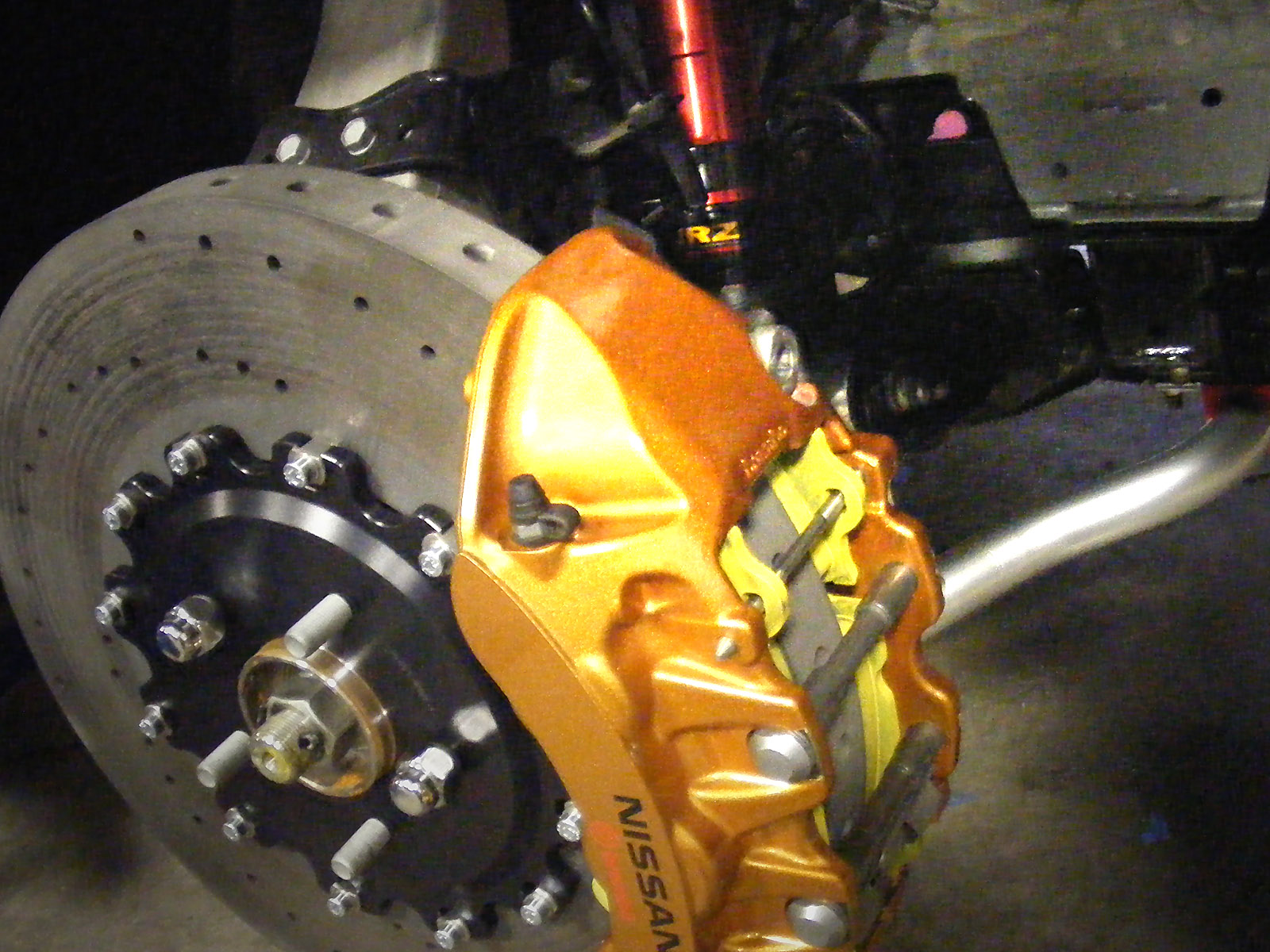 A lightweight exhaust shed a few pounds, and helped free up the turbos. Inside the stock automatically adjustable (that means heavy) seats were yanked, and new lightweight (and still adjustable) BRIDE units took their place. A new carbon fiber trunk was mounted, but the icing was the wing. Built by Aeromotions, it adjusts its angle constantly depending on braking or cornering load. Do not call it a ricer wing.

When all was said and done, the car tipped the scales at 3600lbs, a reduction of 200lbs. Not only is 200lbs a significant amount of weight, it was done with simple mods that didn’t hurt the comfort of the car. Often times people think weight reduction means no sound-deadening, no stereo, and sitting on a milk crate. While that’s fine for a track-only car, Switzer has found a happy medium.

The new and improved Switzer Performance GTR weighs less with a driver than the old one did without, makes 300+ more horsepower, has enough grip to send your right ear through the passenger window, and looks awesome to boot. Less weight will mean less strain on tires, brakes, drivetrain and better fuel consumption. The car will turn in quicker, change direction more easily, and accelerate even harder. The weight reduction alone would improve the car, but with 800hp, holy shnikes. 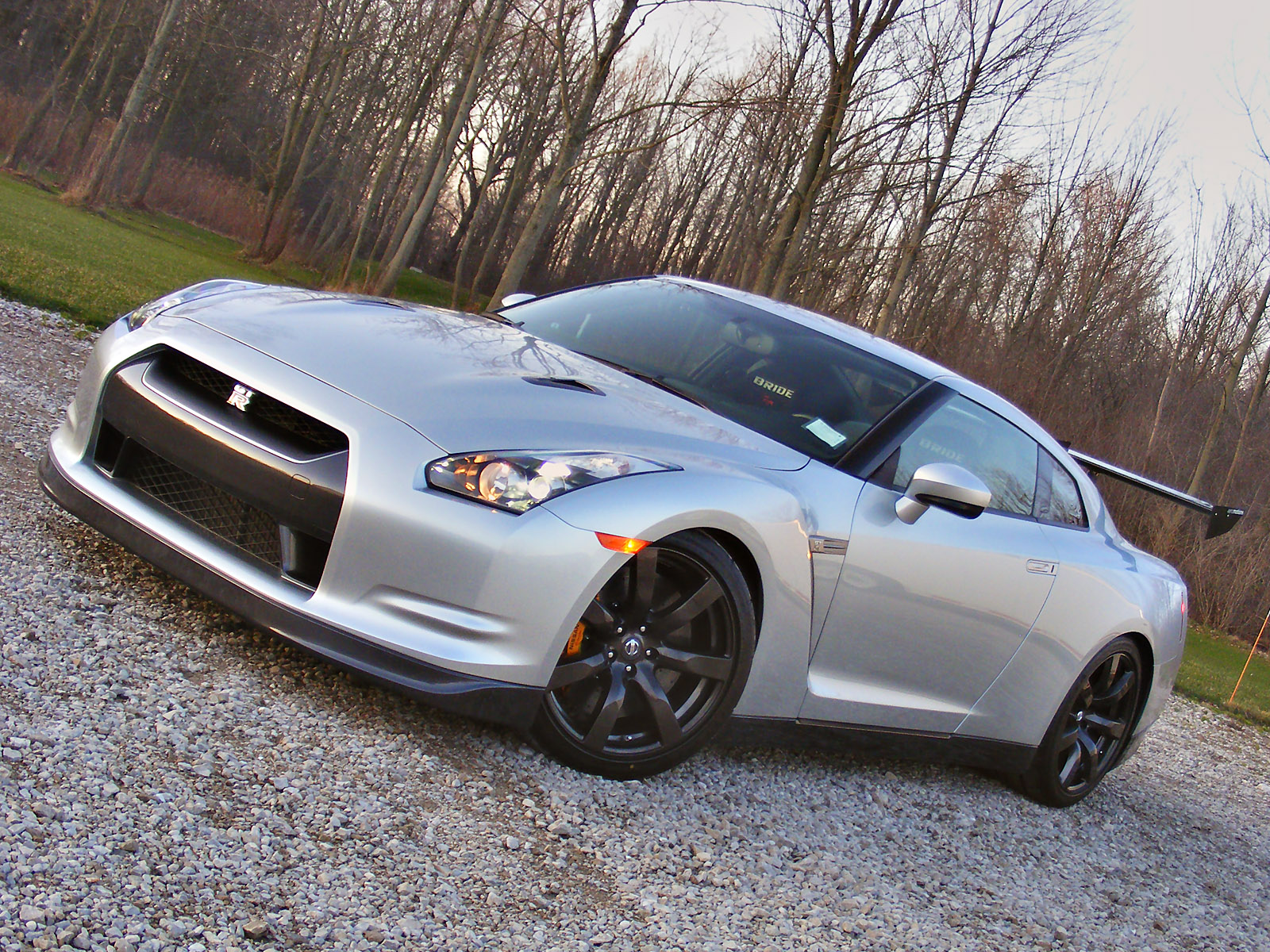 Whether it’s a car or Kirstie Alley, weight loss is good. In this case, it has turned the college running-back that is a P800 GTR into a insanely powerful yet ferociously agile NFL All Star. Switzer told us that once the customer “gets comfortable” in the car, he has a list of GTR track records he wants to break. That’s the coolest “to do” list I’ve heard of yet. Speaking of GTR records, I wonder how much it costs to ship a GTR from Ohio to Nurburg?