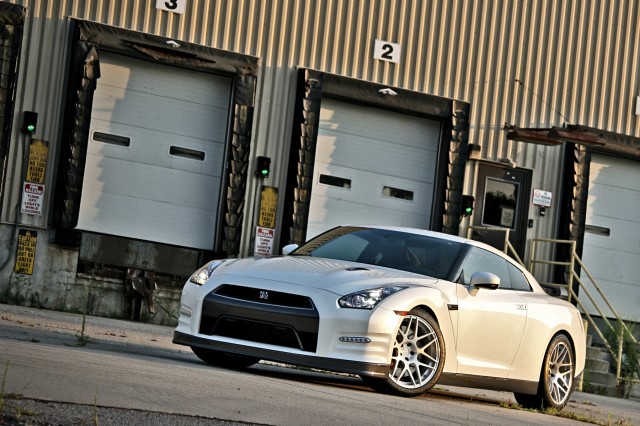 Ohio-based Switzer Performance has, in a rather short period of time, become one of the world’s go-to tuners for hopping up the Nissan GT-R. Whether you’re looking to turn your R35 into a face flattening 1,000hp dragstrip demon, a slightly faster than stock toy, or something in between, Tym Switzer and crew have got you covered.

But what if you’re interested in a Nissan supercar with a little more of everything? You’d like more power (but not gobs of it), plus improved handling, ride quality, stopping power, sound and looks, while still having something with which you would have no qualms about making the Monday to Friday freeway slog. Oh, and you don’t want to spend the kind of money that might get you a stock, high mileage used GT-R to get it. Well now, Switzer has you covered, too. 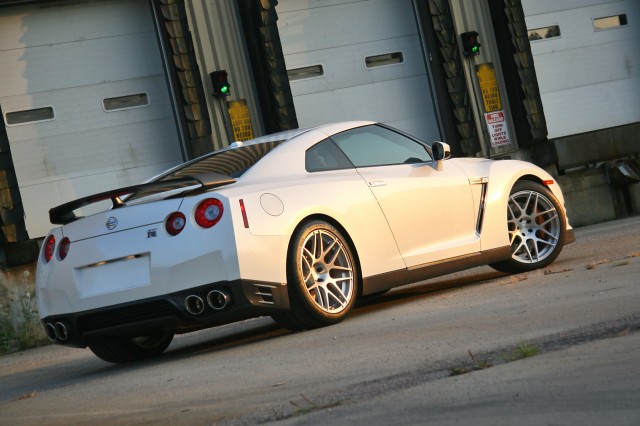 Meet the Switzer Performance P600 Package. No, it doesn’t look much different from a stock GT-R on the outside; the only visible changes to speak of are the fatter exhaust tips and a set of Switzer Signature Series forged aluminum wheels. However, both of those upgrades are more than just cosmetic.

You see, one of the big complaints stock GT-R owners tend to have about their cars is the rather harsh ride created by the heavy run-flat tires and stock wheels. The chunky wheels and tires translate into high unsprung weight, which itself translates to the suspension having a harder time arresting their up and down oscillation which, in turn, gives the car a choppy ride. The Switzer alloys (wrapped in Michelin Pilot Supersports rubber) take significant weight off each corner of the car, which not only smoothes the ride, but also gives a boost to the P600’s acceleration, braking and cornering capabilities. 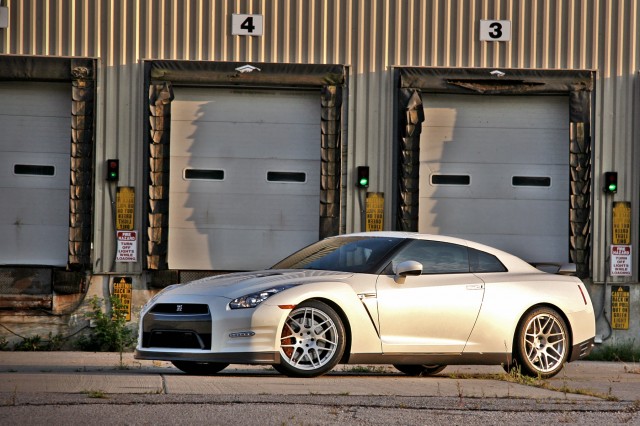 And speaking of boost, the 3.8L twin-turbo V6 under the hood gets one just big enough to make you go “Wow!” High-flow drop-in air filter elements, a Cobb reprogramming module for the engine’s and transmission’s brains, and Switzer’s own SS90 stainless steel cat-back exhaust system (which exhales through the aforementioned big tips) that lowers backpressure and raises the mechanical music volume (another common quibble with the stock R35) team up to elevate the engine’s power from 545hp to a nice, round 600hp. And keep in mind that that’s on straight-from-the-pump premium unleaded.

Switzer says 0-60 mph sprints will take all of 2.6 seconds, while a rolling run from 60 mph up to 130 mph will be more than 2.5 seconds faster than stock. That translates to an additional 0.12 g shoving you into the seat or, put another way, like catching a 24 lb. weight with your chest if you weigh 200 lb. Yipes. 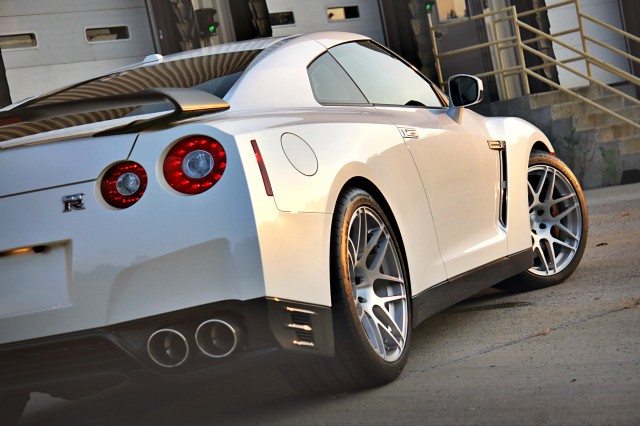 The price for all this added heroicness is $15,990, plus the roughly $97,000 needed for a new 2013 GT-R. A dear sum, no question, but Switzer does throw in a two year warranty. And the P600 is still a screaming deal when you consider you’ll be able to pace a Veyron (at least up to a certain speed) for less than one-fifth the price all-in. And carry two more people. And more luggage. And…