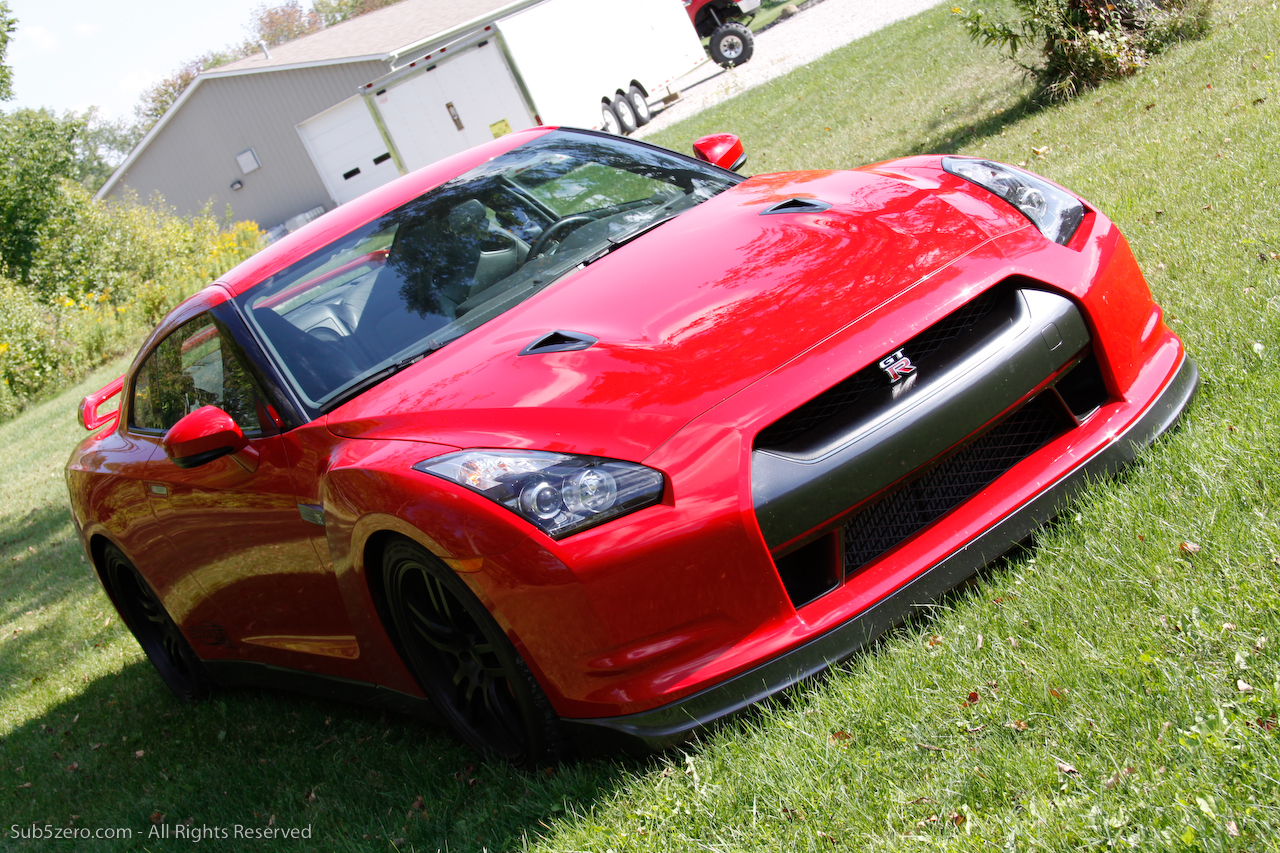 Tucked away in the quaint hamlet of Oberlin, Ohio – home to the eponymous college whose stellar music and arts programs attract students from across the globe – is an unlikely neighbor. Sitting quietly off Route 20 in a small nondescript industrial complex lies Switzer Performance Innovation, a tuning outfit that puts out supercars with tire-vaporizing horsepower.

On a recent warm September afternoon, I took the 45 minute drive from Cleveland, where my folks live, to meet with Jo Borras, the sales manager, and Tym Switzer (pronounced Swy´tzer), the owner and resident guru, and look at their operation. I had known the company by reputation only and was aware that they were a skilled mod shop, but was not expecting to be awestruck by what I found.

Tym Switzer is as dedicated, competent and skilled as they come. His passion for cars, his unwillingness to compromise on performance over reliability and his commitment to perfection set the bar for this shop. It also helps that both his father (an engine wizard in the business for over 40 years) and his 19-yr old daughter (his frequent copilot on test runs) also work with him. A handful of mechanics round out the team.

Walking around the shop floor provided a real sense of how far and how quickly this company has come since opening up for business seven years ago. Even though Switzer sources aftermarket parts from carefully vetted suppliers, their real strength is the custom fabrication of performance components used to build out their bolt-on packages. Rows of aluminum intercoolers, radiators, exhaust components and various parts line tables around the shop, waiting for the next customer looking to annihilate the competition.

Switzer Performance is a low volume, high-performance operation, rolling out roughly 10 vehicles a month on average (when they aren’t knee deep in R&D), so they source the basic materials and handle the welding in-house. This has its advantages as they can ensure the quality of the parts that they are producing. And currently, most of the installation happens onsite as Switzer has not gotten to the point yet where they are shipping out packages for dealers or other shops to install on their own. This requires complex installation manuals and certification programs that would take precious time away from R&D and completing builds. At some point in the future this may be in the cards, but for now, these guys are heads-down at work.

SPI’s clientele base is growing by leaps and bounds, especially in countries like Russia and Saudi Arabia where there are guys who have loads of cash on hand and want the fastest road race car available. The interesting thing about this phenomenon is that Switzer has customers that race these cars day in and day out as opposed to many tuners who have vehicles that can be run hard but only for short bursts and not on a consistent basis. The kind of demands placed on the vehicles Switzer modifies requires that they be as sound and dependable as your mom’s Toyota Camry. So these guys tinker and tweak and rework until everything is truly sublime. 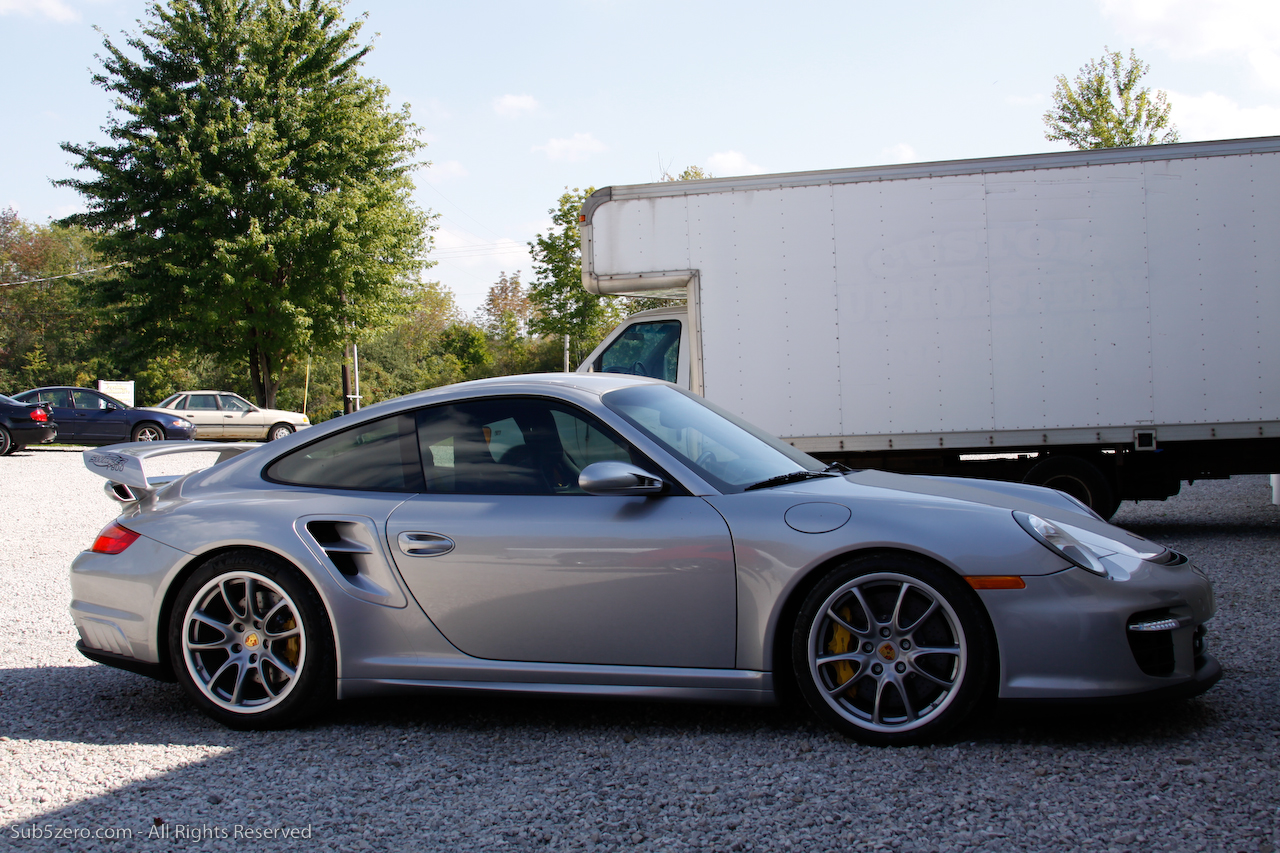 After an invitation from Tym to come along for a drive, I got a warning from some of the guys in the shop about riding shotgun with this man at the helm. Words like vertigo, woozy and disoriented were lightly tossed around. With giddiness overshadowing  a growing sense of impending terror, I hopped in the passenger seat of a fully loaded 2009 Porsche 911 GT2 with the company’s flagship P800 performance package. We slowly rolled out into the street over the gravel lot adjacent to the building and joined traffic, like a cheetah creeping through the grass carefully stalking its prey. 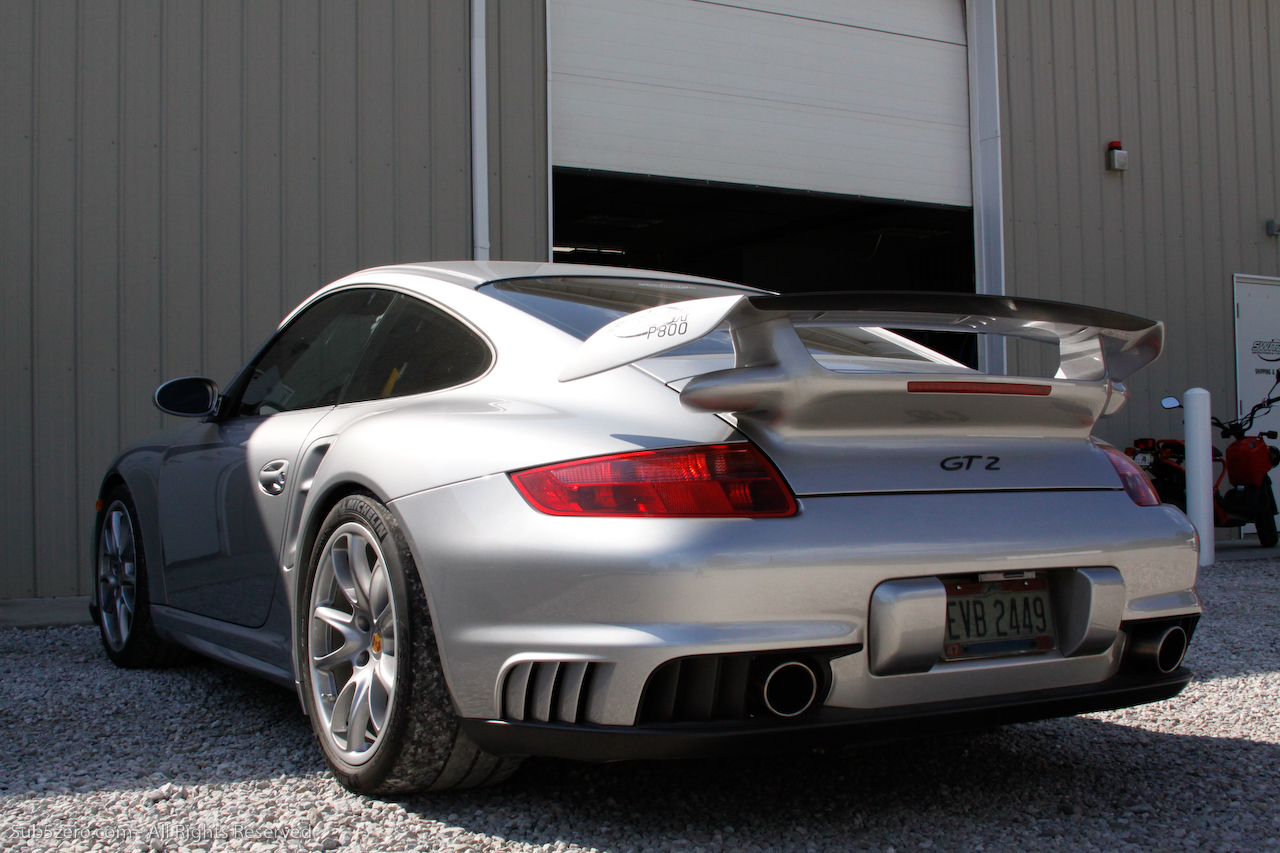 After a few minutes of ‘normal’ driving we came to an open stretch of road. Tym gave me a quick heads-up and then we were rocketing from cruising along at 25 to over 140 mph in a matter of seconds. While trying to maintain consciousness, I experienced one of life’s greatest thrills. The Switzer P800 Porsche 911 GT2 is so ridiculously fast that it’s like being on the Enterprise, entering warp speed. The world slows down at first as the car enters a lower gear and everything seems so clear and then, in a matter of seconds, the thrust kicks in and everything is a blur. 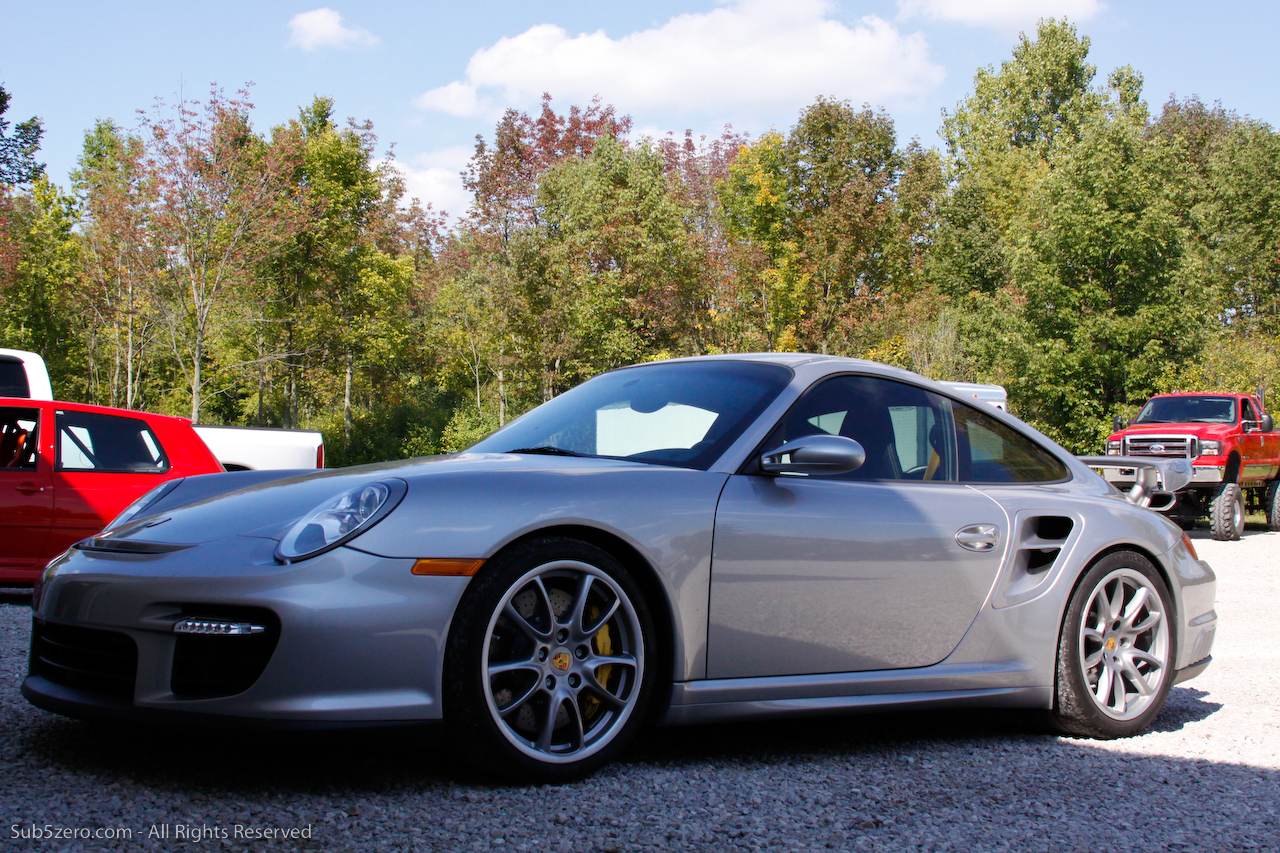 Switzer replaced the stock turbochargers in the Porsche 911 GT2 with custom GT30 blowers, swapped in their MONSTER intercoolers, re-calibrated the engine management software and installed custom headers and exhaust to push engine output to an mind-blowing 800 horsepower at the crank. Dyno pulls put the rating at 703 horsepower at the wheel. The end result is their Porsche 997 P800 package which runs about forty thousand dollars. The P stands for “Pump” as these performance stats are certified on 93 octane pump gas. Using 109 octane racing fuel, I can only imagine what kind of neck-snapping torque is available. The P800 package excludes aerodynamic mods, wheels, brakes or suspension tweaks although the company can accommodate any request in these areas as well.

As a side note, this shop is now offering TUV-rated Switzer Signature wheels, sourced from AMT, a company intimately familiar with exotic materials as a top supplier to aerospace and military contractors. I checked these wheels and you’d be hard pressed to find higher quality forged wheels that will consistently sustain 200+ mile per hour speeds. These aluminum alloy wheels are also light enough to be held up with a single (strong) finger.

After reviewing the assets of the P800 package for the Porsche 911 GT2 (270 horsepower over stock), Tym said 7 words that might well have been a marriage proposal – “Why don’t you drive for a while.” After strapping in the yellow seat-belt harness and settling into the thin carbon fiber and leather sport bucket seats my mind was racing. Would it be unwieldy? Would there be wheel spin in every single gear? Was I worthy of driving a $250,000 sports car with a $40,000 performance upgrade? After a couple of stalls trying to find the right contact point for the ultra short 1st gear, we moseyed down the road at a normal clip. I was surprised by the drivability, relatively quiet cabin and overall sense of ease.

When the road opened up and I was able to peg the accelerator to the floor, it was an experience like none other. Initial throttle response is instantaneous, traction control throws a small hissy fit as the rear wheels slip slightly, giving the car a little shimmy, and then suddenly the car finds all the grip in the world and slingshots down the road. The powerband is shockingly linear. I think my adrenaline stayed spiked for the next 12 hours. 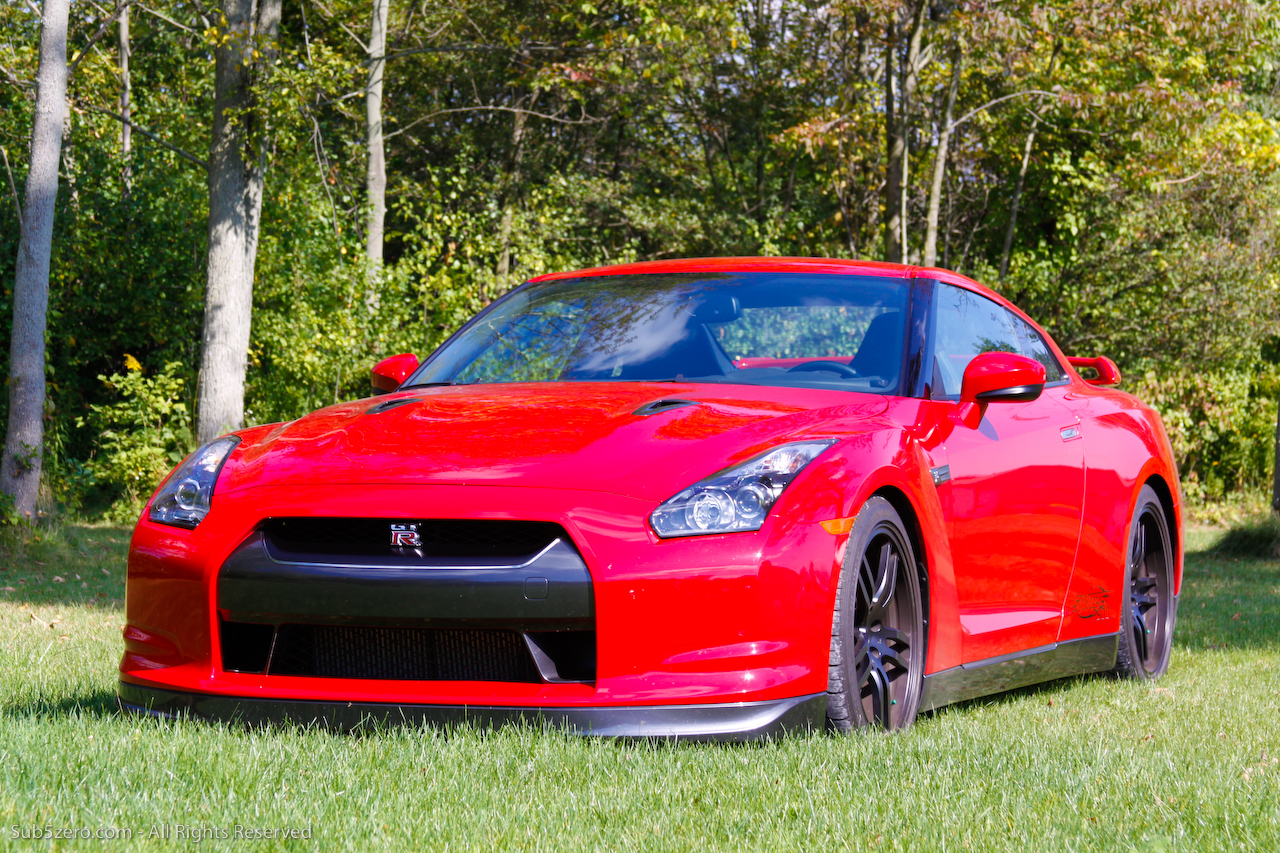 After getting back to the shop, I later went around the corner with Tym in a Switzer P800 Nissan GT-R that his team had just finished tweaking. Similar to the package for the Porsche 997, Switzer installs their own custom-made MONSTER Intercooler, new piping, bigger MAF and bigger turbos along with upping the boost. The ride-along in the GT-R was just as electrifying as the one in the Porsche 911 GT2. The AWD, paddle shifters and Nissan electronics allowed Tym to accelerate to extreme speed and immediately then back down when traffic warranted. 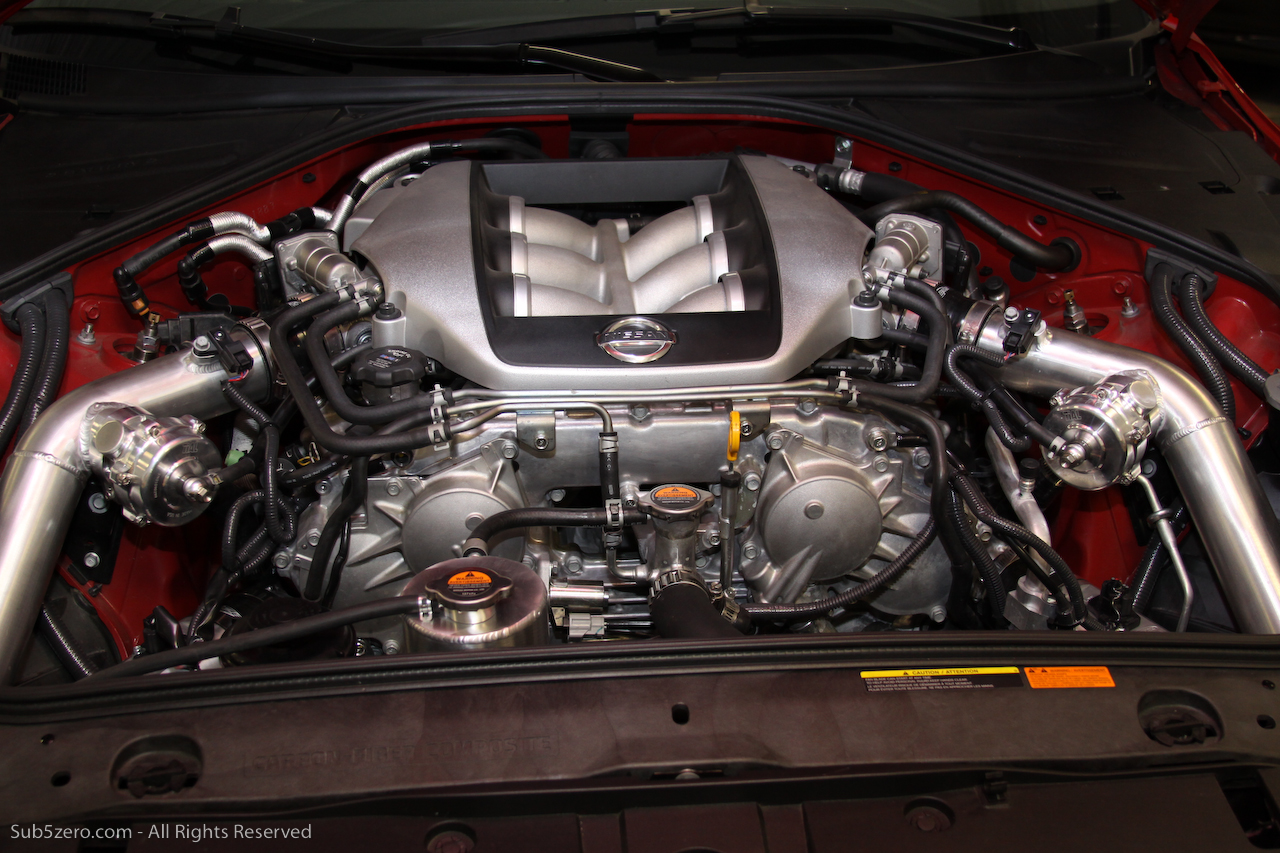 The R35 Nissan GT-R is often compared side-by-side to the Porsche 911 Turbo, a car the Japanese engineers used as their benchmark. A logical conclusion would be that this is where Switzer’s interest came about. However, it was really a customer request to help tune a brand new R35 that led the company down this road. As Tym evaluated different components in the marketplace and realized there wasn’t anything out there game-changing, he came to the conclusion that he would have to engineer parts in-house if he really wanted to make the car spectacular. And that’s just how these guys roll…

So, what’s there left to say? Switzer Performance Innovation makes cars that go fast. Tym leaves his ego at the door and is in competition with nobody but himself. Looking to challenge his mind, he will  frequently work on a new idea well into the wee hours. You have to look no further then the P800 packages for the Nissan GT-R and the Porsche 997 Twin Turbo to see what these guys are capable of producing. And it looks like they are just starting to catch their stride. (Incidentally, they also have plenty of scaled packages for the other 996 and 997 Porsche platforms, varying in levels of performance from a modest boost to radical power. And they often work on a variety of other makes and models as well.)

No question about it–should I ever have the good fortune to be able to purchase a Porsche 911, I’m driving it directly to SPI. I already feel the pangs of a growing addition to driving a rocket launcher on a daily basis.