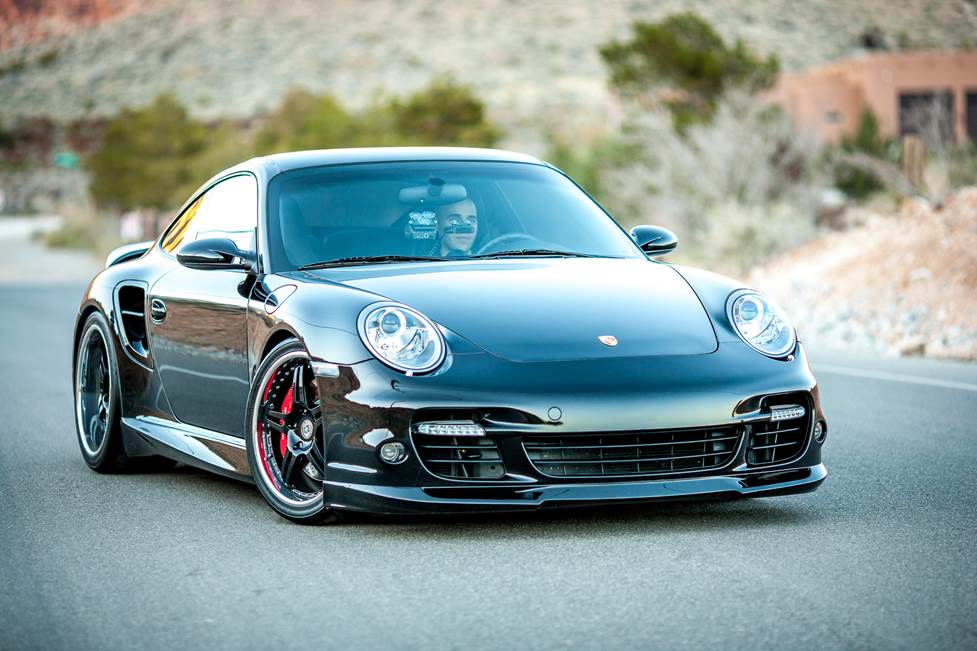 With the newest 991-based Porsche 911 Turbo and Turbo S just beginning to trickle into dealers, it’s only a matter of time before the monetary worth of used 997-series Turbos really start to tank. Yes, there will still be some demand from people who prefer the 997’s looks and, perhaps more notably, its available manual transmission, but by and large, most people interested in Porsche’s force-fed face-re-arranger are only willing to settle for the latest generation.

And that’s good news for people looking to score a deal (relatively speaking, anyway) on an exceptional sports car. Plus, the lower price means more money left over for modifications, modifications from a company like…say…Switzer Performance. 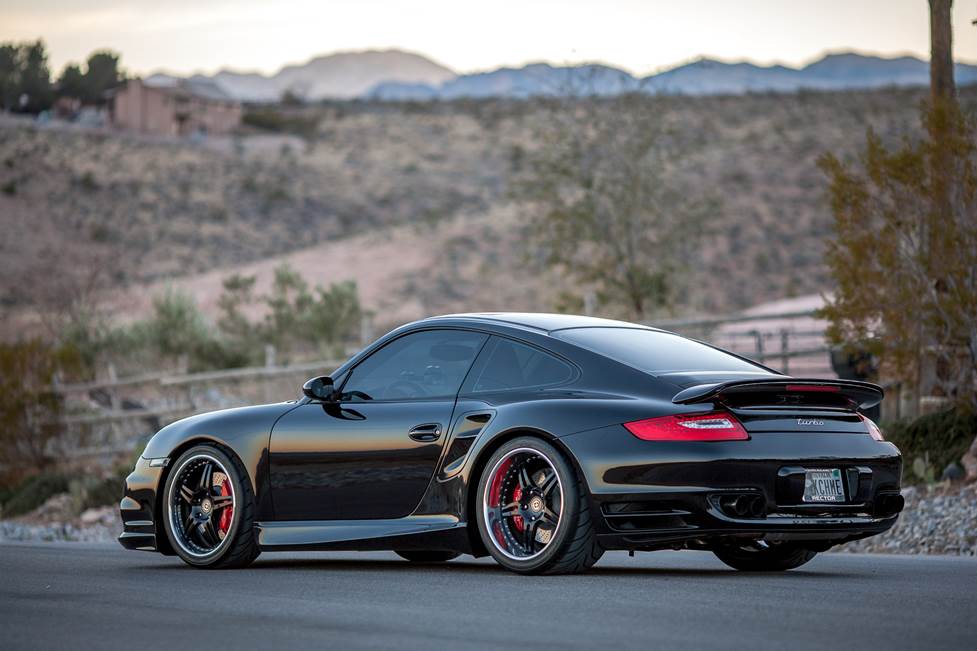 That’s apparently what the owner of the 2007 911 Turbo you see here decided to do. The gentleman (who wishes to remain anonymous except for the initials “AT”) bought this car used with just 1,100 miles on the odometer to replace his BMW M3. But he quickly found out that the box-stock 480 horsepower wasn’t enough for his liking, hence the thorough going-through by Switzer.

During its stay at Switzer’s Oberlin, Ohio shop, AT’s Porsche was fitted with a set of lowering springs from H&R and a quartet of 19” HRE 597 R wheels wrapped in Toyo R888 tires. Look closely and you’ll also spot a subdued body kit consisting of extensions for the rocker panels and front and rear valences. None of these things are necessarily red flags warning of ridiculous power lurking beneath the raven-hued skin. 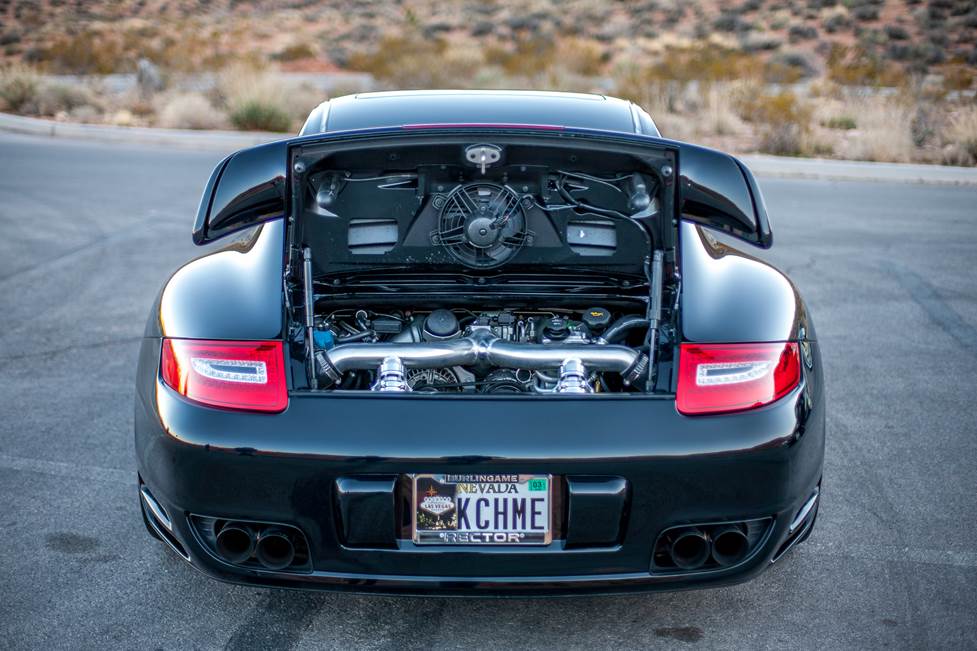 However, there most certainly is ridiculous power lurking under the skin. Starting with the same specification twin-turbo kit that Switzer fitted to its 1,000 horsepower Sledgehammer project, the company also equipped the 3.6L flat-six with its high-flow intake plumbing, stainless steel exhaust headers, high-flow exhaust system, and its latest standalone flex-fuel engine management system. That last item means that AT can switch fuel from premium unleaded to E85 (which has a higher octane rating than any grade of U.S. pump gas) and back again without having to break out the laptop to change the timing and other parameters inside the engine every time.

Thanks to those engine revisions, the E911 (as Switzer Performance has dubbed this creation) produces as much as 950 horsepower and more than 800 lb.-ft of torque. Switzer says this bad boy will cover the standing quarter-mile in about nine seconds with a trap speed of roughly 150 mph, and can accelerate from 60 mph to 130 mph in just five seconds. AT says he plans to enter his black bullet in multiple airstrip and standing mile events this year, so don’t be surprised to see a murdered-out 997 Turbo at or near the top of the speed chart at the next such event you attend. 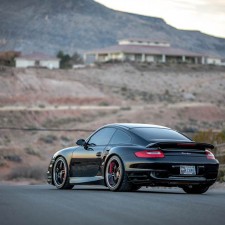 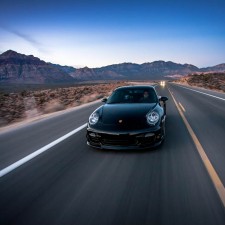 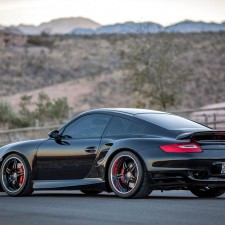 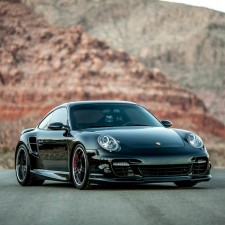 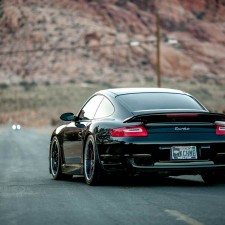 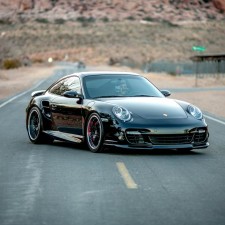 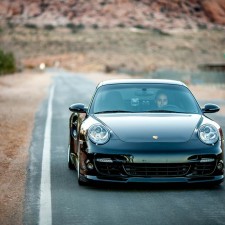 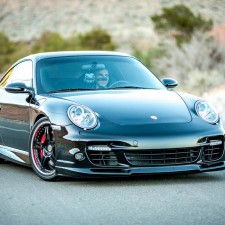 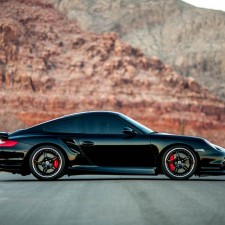 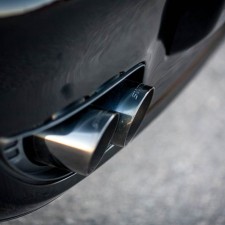 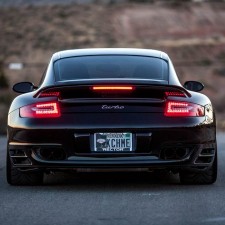 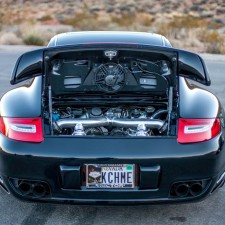 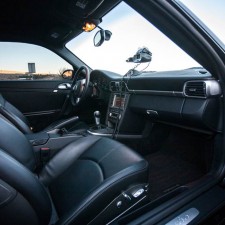 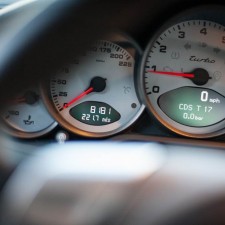 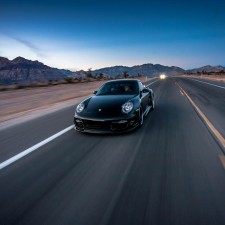