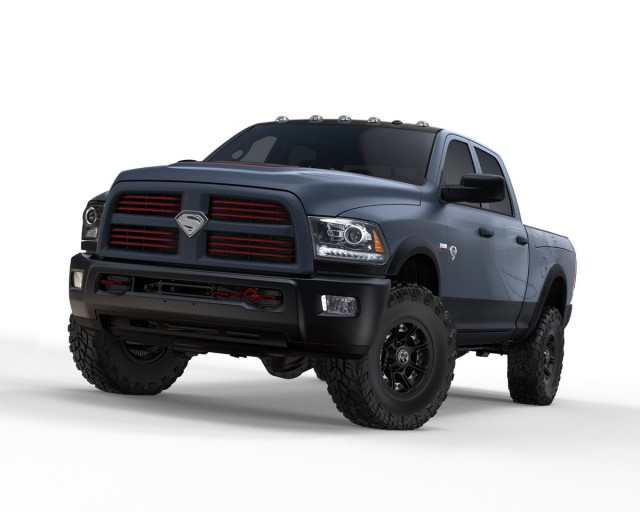 The story of Jeep and its World War II origins is widely known. But this global conflict created another iconic peacetime American off-roader: The Dodge Power Wagon, a big brute of a truck. A Yankee Unimog, if you will.

Today, the Power Wagon name is applied to a standalone option package/trim level for the Ram 2500 Crew Cab 4×4. It’s loaded up with heavy-duty suspension and drivetrain components aimed at providing exceptional towing, hauling and off-roading abilities. But Ram is only making one Power Wagon that pays homage to Clark Kent’s alter ego, and you’re looking at it. 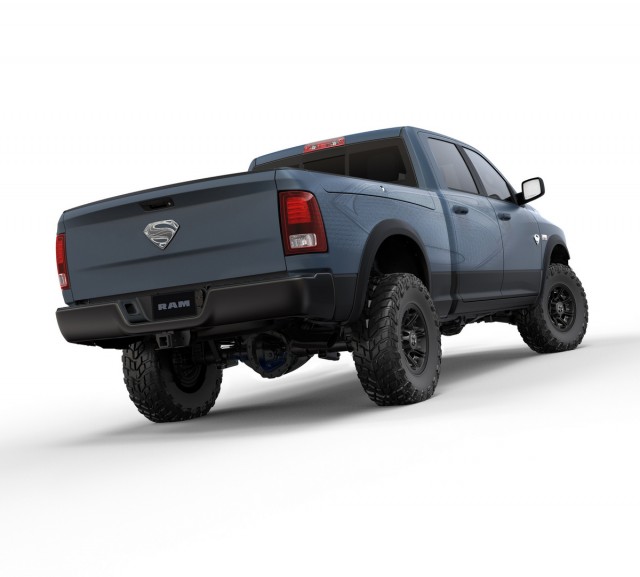 Ram’s four-wheeled Superman salute – built to help promote the new movie, Man of Steel – features stock Power Wagon bodywork, but it’s adorned with the Kryptonian crusader’s stylized “S” logo on the doors and in the center of the grille and tailgate. The logo also adorns the truck’s flanks in the form of a vinyl wrap designed to mimic the texture of the sometime-Daily Planet-reporter’s suit. Additionally, big knobby tires wrapped around black-finished 17” wheels and red front tow hooks, winch hook and grille insert make it crystal clear this is no ordinary Power Wagon.

And the changes inside only add to the obviousness. There you’ll find red trim on the doors, dashboard and steering wheel, plus red stitching on the dashboard, door panels and seats. You’ll also be greeted with the “S” logo on the seat backs and front center armrest, and “Man of Steel” on a piece of trim adorning the glovebox lid. None of these touches are really in-your-face, but you’ll still know you’re riding in something special. 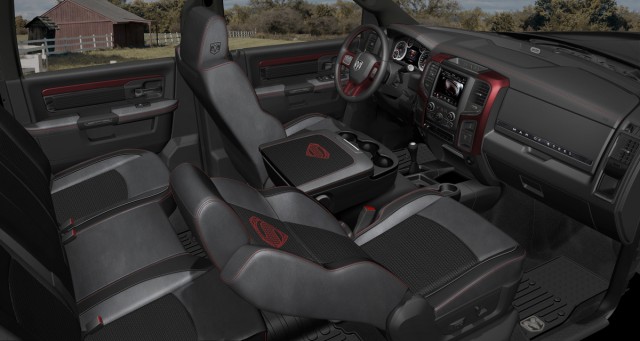 However, the interior and exterior is where the specialness ends. Chrysler has left the 5.7L Hemi V8 (rated at 383hp and 400 lb.-ft of torque) and 6-speed automatic transmission untouched. So don’t expect to be able to outrun SVT Raptors, never mind leap them in a single bound (That would not end well.).

Again, this is the only Superman Power Wagon in existence, but unlike most other one-offs from the OEMs, you might be able to own it. Once it’s done making the rounds at places like the National Finals Rodeo and the State Fair of Texas, it will be auctioned off for charity. That way, whoever buys this beast can be a real-life superhero.