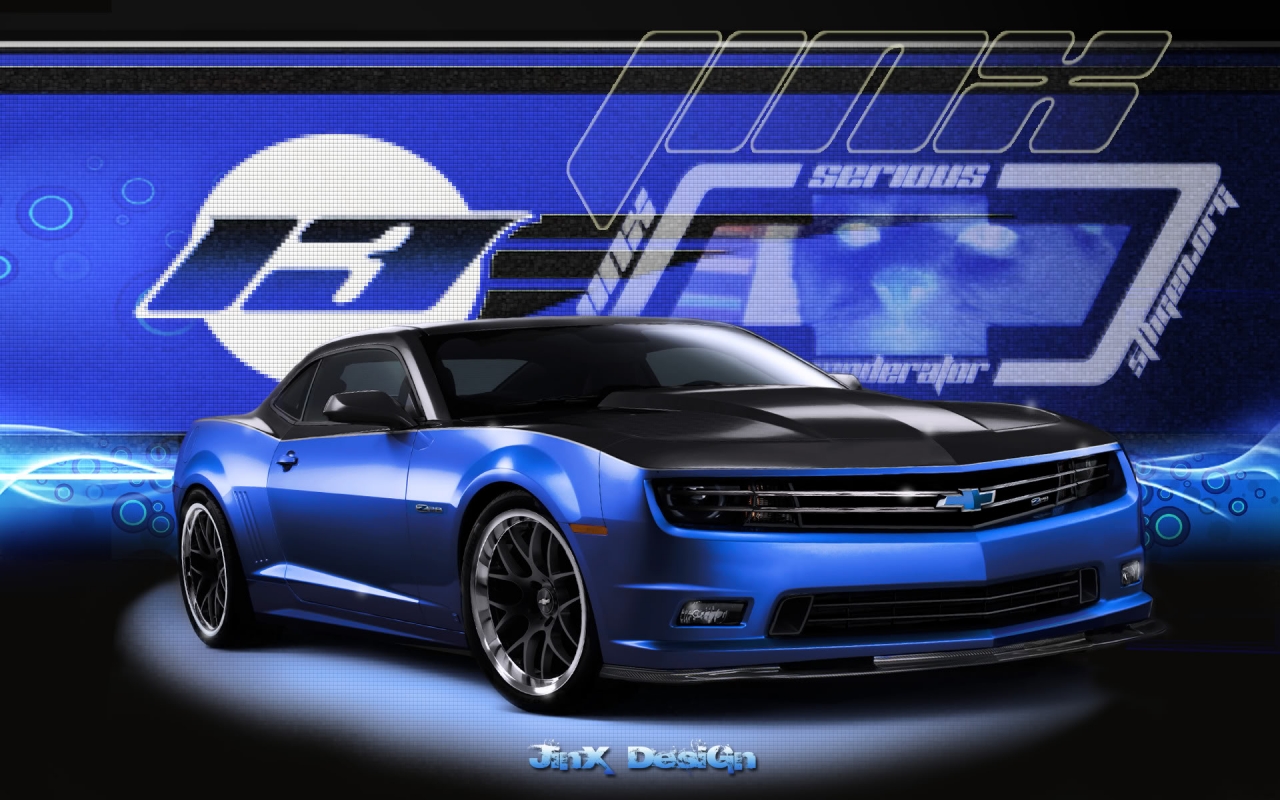 That is the question…….. Whether ’tis nobler to build some super-charged competition for the GT500…. or not?  GM’s idea to bring back the Z28 version of their Camaro has been feverishly debated among enthusiasts. There has been no date set, no plans drawn, not even an artist’s rendering from Chevy (although we do have some cool mock-ups from Jinx). To Chevy loyalists, the idea of a new Z/28 hitting their dealerships is a “when pigs fly” scenario. But the success of the new Camaro and Camaro SS could change all that. GM seems to go back and forth on whether they plan to make the Z28 a reality depending upon how red Glen Beck’s face gets. Just last week, Inside Line reported that GM’s design chief, Ed Welburn, said that the Z28 program is back in full effect and is headed for production. Although no official word has come out, I think the market is there for one.

In April of 2009, the first month of sales, the Camaro moved a measly 614 cars. By comparison, that same month Ford sold 7,699 Mustangs. “A trouncing” is putting it lightly. But the next month, new owners took home 5,463 Camaros to the 8,812 Mustangs. By July, 4 short months since it was placed on the shelves, the Camaro was out-selling its long-time rival. A new look and more bang for your buck (400hp to the GT’s 300) are helping GM attract some much-needed customers. But with tax payers ready to break GM’s knees to get their loans back, is a high-performance special edition cost-effective?

It might not necessarily be such a bad thing. Just look at Ford, who has been diversifying with the Mustang for years. In fact, I have come to look at the Mustang division as a separate entity. There are so many versions of the Mustang available now, with different looks, performance and price, it’s hard to keep them all straight— the base V6, the GT, the Cobra, the GT500KR, the terlingua V6, the “Track-Pack” Mustang, and the upcoming super-special “Iococca Edition.”  If Ford can do it, why can’t Camaro? Ford has been using the Shelby name to cash in on classic muscle fans for years. For every Ford fan-boy, there’s a die-hard Chevy fan. This rivalry goes back decades. A new Z28 model, with the “retro-look” of the ’09 Camaro, could be just what gear-heads have been waiting for. A Corvette is a bit of a price jump from a Mustang, but a heavy-weight caliber Camaro might be the perfect opponenent to that Shelby kid from across town.

Unfortunately, no one knows what the new Camaro Z28 would look like, because no advance photos are out. We do know it would have hood bulge, hopefully a replica of the old “Ram-Air” hoods of ’69 Camaros. Camaros always looked more sinister to me than Mustangs, so maybe that hood was part of it. Expect the usual go-fast bits– bigger air intakes and a rear spoiler are good bets. There is some promising  speculation on the performance side. The engine that would make the most sense would be the 550hp, super-charged V8, carried over from the CTS-V. We’ve all heard about what happened when the M5 fought the CTS-V at famous Nurburgring Palladium. Not only can GM put a big engine in a sedan, they can make it go around corners. Think of what they could do in a car that’s lost 300 lbs. Even if the Camaro matched the CTS-V’s 0-60 time of 4.1 seconds, it would be dead-even with the GT500. The Camaro is built on the same platform as the CTS-V;simply moving the parts from the caddy to a bare Camaro would result in something angry and awesome. But I will bet that if Chevy takes on this project, the Camaro will be even faster than a CTS due to the lighter weight.

I think that the Camaro SS is a good indication of what Chevy would make with the green light to do a true throwback to those ’69s. Back then, it was all about the Yenko Camaro versus the Shelby Mustang. Yenko was a Chevy dealer who started taking the engines out of ’68 Corvettes and putting them in Camaros and selling them as a performance package. Those cars now sell for well over $100,000, a testament to both their rarity and capability.  With a 427 under the hood, they were known to run in the 11s. If Chevy builds a new Z28, I think it would do Yenko Camaro proud. Rather than seeing it as setting the bar high with the SS, I see it as a fantastic starting point for something truly awesome.

I think you can look back at the Z28’s roots to see what it might be like today. The 1969 Camaro Z28 had a handling package—for the first time 4-wheel discs were offered, along with a light, yet powerful, 400 horsepower 302cu. in. V8. All this added up to a road race- capable Camaro that brought them back-to-back Trans Am titles, and a sales record that stood for 10 years. If that’s what the old Z28 was, I am in awe at the thought of a new one. This is the shop that built that “ZR-1 thingy.”

I love Camaros from the ’60s. I easily prefer their looks to those of the Mustang, yet the name “GT350” still calls to me. I see Shelby cars every day that remind me of the ones I love from decades ago. If Chevy can build a special car that brings back those memories of John Cusack in an angry, shaking, jet-back ’67 Camaro, I will be excited to see it do battle with the Shelby camp. The evidence of interest is there in the sales numbers, and I think a true-to-form high-performance Camaro will only help. The Mustang has been challenged lately by the Challenger (too heavy) and the SRT8 (4 door), but neither car has blended the nostalgia we love with the modern handling we crave. Let’s hope we get to see what happens when Chevy steps up its game and channels a little of Yenko’s ideas into its pony car. It’s like I always say: ‘If you’re going to do something wrong, do it right.’ 550hp is a great start.