When Toyota birthed the Lexus brand in 1989, its aim was to knock the established European and American luxury brands off their perches with a quintessentially Japanese combination of refinement, reliability, and value. Notice how we made no mention of performance in the previous sentence; that’s because for most of the first 20 or so years of its life, Lexus never really had a serious performance model. Yeah, the marque would occasionally indulge the leadfoot community with models that had a sporty bent to them (e.g. the SC300 5-speed and the IS300), but there was no proper sports model; just a herd of sensory-deprivation chambers in varying levels of effectiveness.

That trend started to change early in the last decade when Toyota engineers embarked on a project called P280, a megabuck supercar intended to serve as a showcase for the company’s engineering prowess and help burnish the reputation of the Lexus brand. The first publically-shown fruit borne by the project was the 2005 LF-A Concept, a striking front-engine design study. Two years later, a closer-to-production-ready LF-A Concept showed up at the North American International Auto Show in Detroit, while a year after that at the same venue, the LF-A Roadster Concept debuted. Clearly, this was no longer a mere pie-in-the-sky dream car with zero chance of reaching showrooms. 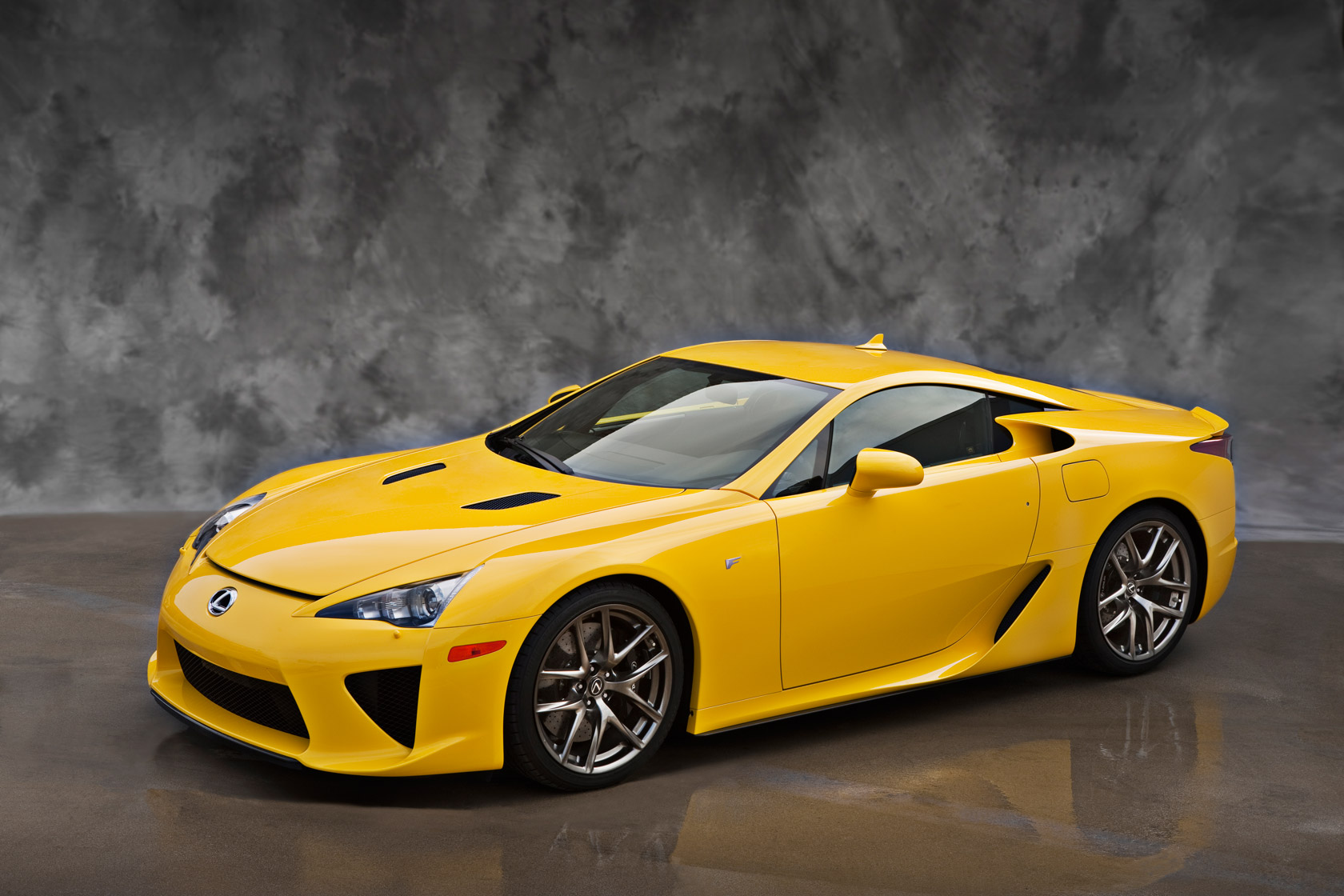 And reach showrooms it did in 2011, production having began at the tail end of 2010. And as with the concept cars, the production LFA (which dropped the hyphen) didn’t follow the typical supercar formula. For starters, the engine was placed in the front, creating a car with classic long-hood, short-deck proportions. However, the transmission (a sequential 6-speed manual) and the engine’s two radiators were placed at the rear to improve the car’s front-to-rear weight balance. The gas tank’s placement ahead of the rear axle was likewise intended to improve the balance. As for the chassis itself, the center section is a carbon fiber monocoque with front and rear aluminum subframes that are (comparatively) easy to remove when repairs are needed, and the aerospace-grade carbon fiber used to make the monocoque was woven on one of only two laser-monitored looms in the world (which is somewhat fitting, considering the Toyota empire traces its roots to the automatic power looms invented by Sakichi Toyoda). 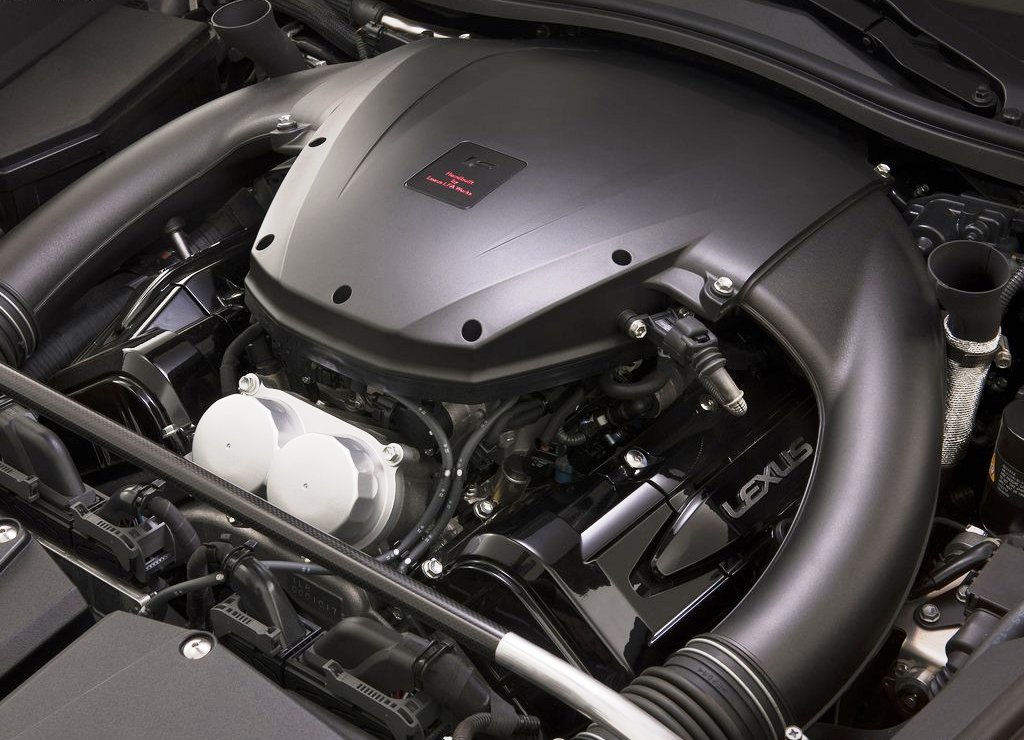 But back to the engine that powers that classy chassis. At least three configurations were considered early on, but ultimately a naturally-aspirated 4.8L V10 won out. And part of the responsibility for developing the engine fell to Yamaha, which has been a frequent collaborator with Toyota on high-performance engines (including the 2.0L straight-six that powered the pair’s first super sports car, the Toyota 2000GT). The LFA’s engine – known internally as the 1LR-GUE – may not set the world on fire in terms of peak power and torque figures (553 horsepower and 354 lb.-ft, respectively), but the way it goes about doing it certainly does. A whopping 90% of peak torque is available between 3,700 and 9,000 rpm…but the engine will keep revving all the way to 9,500 rpm! And because the engine can rev so quickly (Idle to redline takes just 0.6 second!), Lexus couldn’t use an analog tachometer because there isn’t a mechanical gauge movement fast enough to keep up. And the noise…sweet lawnbowling Buddha, the noise… 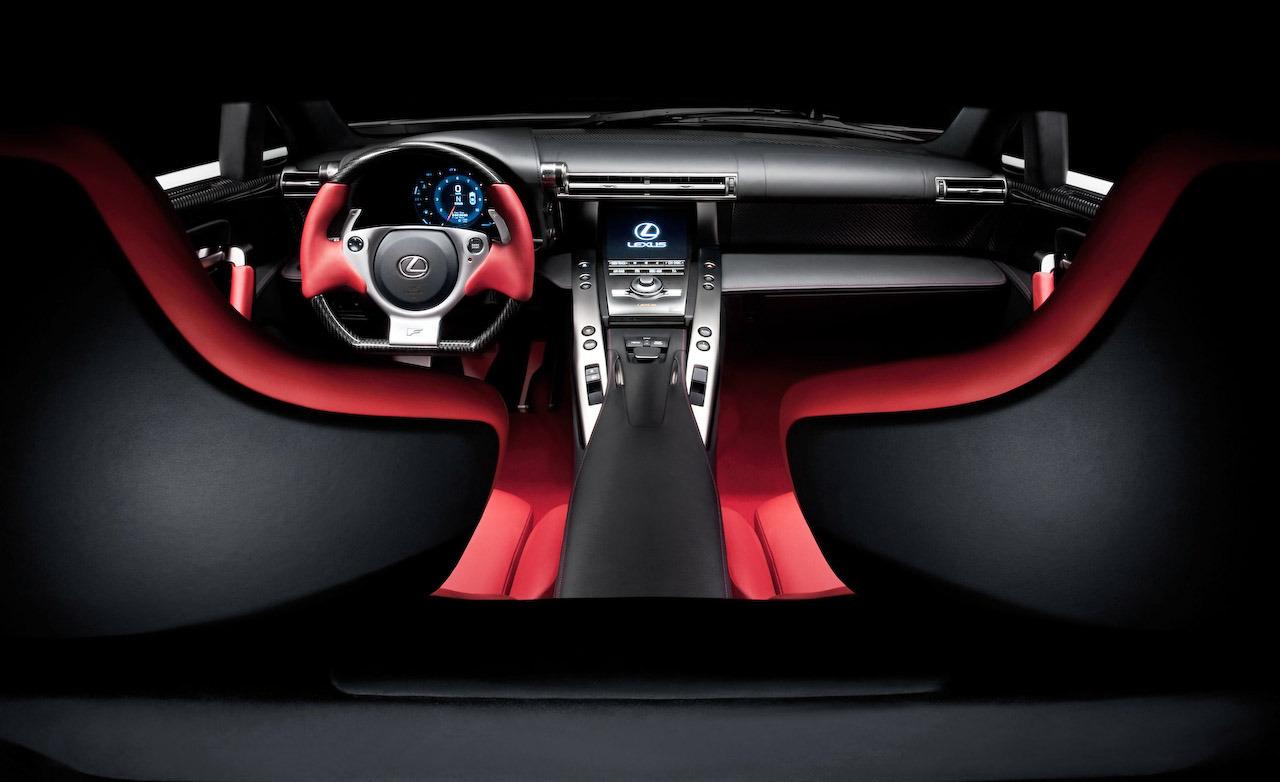 And in case the regular LFA wasn’t kooky enough, Lexus also cooked up a harder-edged LFA Nürburgring Package based on LFAs that raced in the 24 Hours Nürburgring. The engine makes an extra 10 horsepower (for 563 horsepower total), the transmission shifts 0.05 seconds faster, a stiffer suspension with a wider range of adjustability, lighter wheels wearing track-ready tires, and a suite of aerodynamic add-ons consisting of a front splitter, front canards and a big, fixed rear spoiler in place of the regular LFA’s pop-up unit. Oh, and included in the LFA Nürburgring Package’s princely purchase price ($445,000 USD, compared to the standard model’s $375,000 MSRP) was on-track instruction on the Nürburgring Nordschleife by seasoned instructors, a one-night stay at a nearby hotel, an admission ticket to the Nürburgring theme park, a Nürburgring jacket and a one-year lapping pass on the Nordschleife. Just 50 of the 500 LFAs built were optioned as such. 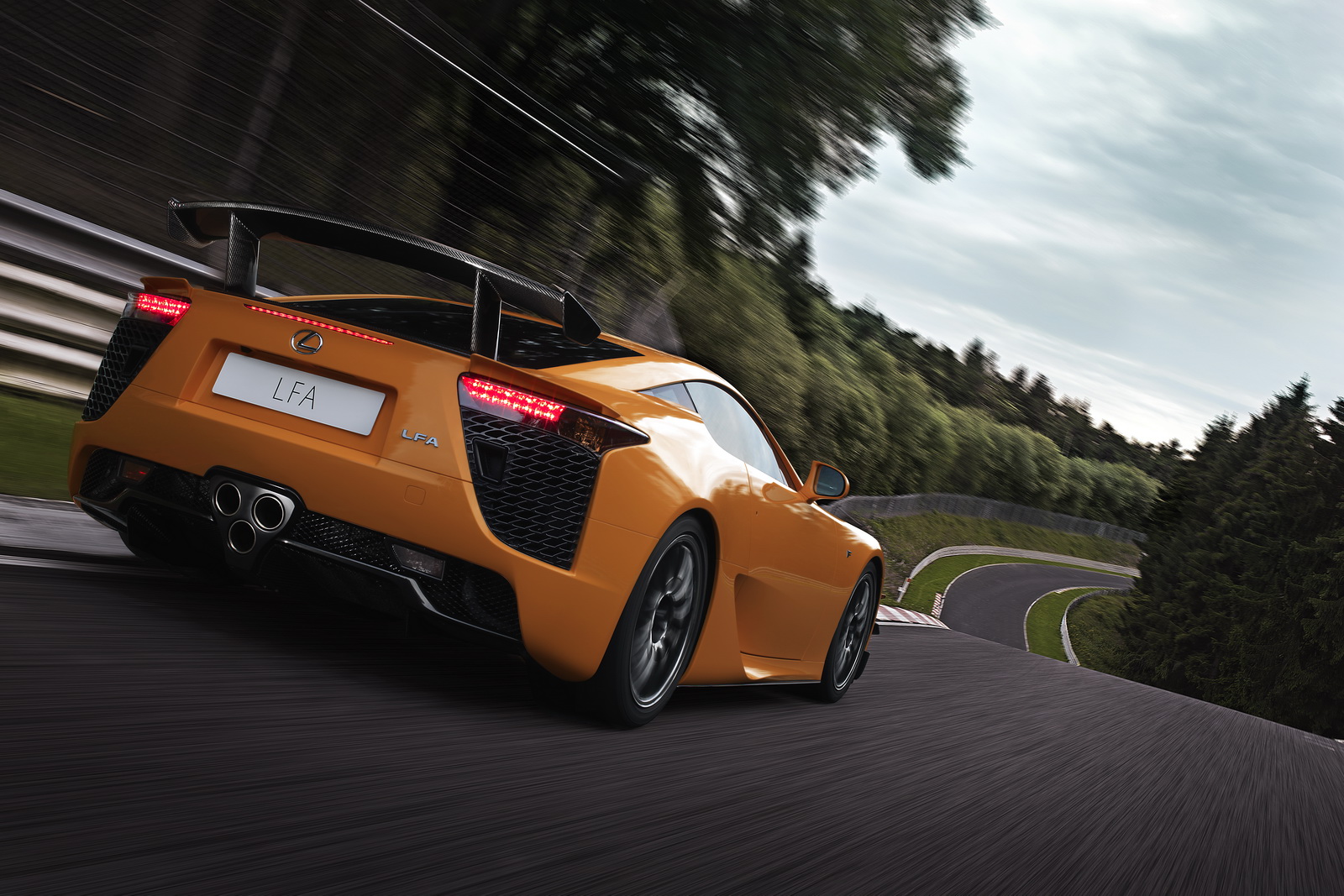 Yeah, we know, there are cars that are capable of topping the LFA’s 0-60 mph time (3.6 seconds), top speed (203 mph), cornering force (a shade over 1 g) and Nürburgring lap time (seven minutes, 14.64 seconds), some of which – including the other noteworthy Japanese supercar of this century, the Nissan GT-R – demand but a fraction of the financial commitment. But the Lexus LFA isn’t about wowing you with numbers; it’s about wowing you with the driving experience. It’s perfectly capable of performing cornea-stretching feats on a track in the morning, and carting you and your squeeze to a fancy dinner in the evening with scarcely any more drama and discord than the ES350 with which it shared showroom space for a week or two. It’s full of clever details and solutions to problems, executed in ways that only just-this-side-of-OCD Japanese engineers and craftspeople can execute them. It’s one of the most willing dance partners for damn near any paved trail you guide it along. It’s the physical embodiment of the brand’s advertising tagline, “The Pursuit of Perfection.” It is, in short, Sub5Zero Fantasy Collection material.