Most of you probably know that Lamborghini got its start building tractors, and that it was a spat that founder Ferruccio Lamborghini got into with Enzo Ferrari over problems the former was having with one of the latter’s cars that drove Mr. Lamborghini to enter the sports car business himself. It’s a pretty big leap from farm implements (Fun fact: You can still buy a new Lamborghini tractor, but that company hasn’t had anything to do with the car company since 1972.) to exotic cars like the Miura, Countach and Aventador, but there’s never been any sort of “missing link” that bridged the gap between these two very dissimilar vehicle segments…right?

Actually, there most certainly has. But it wasn’t just any four-wheeled Neanderthal that Lamborghini the automaker created. It was, and arguably still is, the baddest, most outrageous and most irresponsible SUV ever produced. It is the Lamborghini LM002, and this is its story. 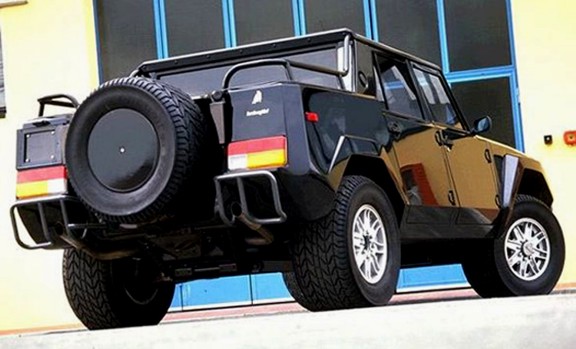 The saga began 1977, when Automobili Lamborghini made a bid for the U.S. military’s High Mobility Multipurpose Vehicle (aka Humvee) contract in the form of a prototype christened the Cheetah. It was boxy, surrey-like four-seat 4×4 that drew power from a rear mounted 360 cubic inch (5.9L) V8 and TorqueFlite 3-speed automatic transmission, both sourced from Chrysler (which would go on to own Lamborghini from 1987 to 1993). The military destroyed the only Cheetah prototype during testing, so Lamborghini came back with the LM001, which was fundamentally similar but relied on an AMC V8 for power. Uncle Sam passed on this machine as well, ultimately awarding the Humvee contract to AM General, the defense arm of, oddly enough, American Motors. Part of the Lambo SUVs’ lack of appeal (aside from being foreign-made) was the unfavorable handling characteristics created by the rear-mounted engine. By the time the conventional front-engine LMA002 was ready for evaluation, though, the ink was already dry on AM General’s contract.

Undaunted, Lamborghini began developing a civilian version of the LMA002 called the LM002, and debuted it at the 1986 Brussels Auto Show. The blocky, three-box silhouette was clearly descended from the Cheetah, but the overall proportions were noticeably heftier, and unlike the Cheetah, there were doors (two per side) regulating access to the 4-seat cabin. There were additional jump seats (though “padded benches” would be a more accurate description) on either side of the open rear cargo area. The gargantuan 76 gallon gas tank’s location on the rear bulkhead precluded the creation of an enclosed wagon version with a continuous floor, though one wagon was constructed by a coachbuilder. 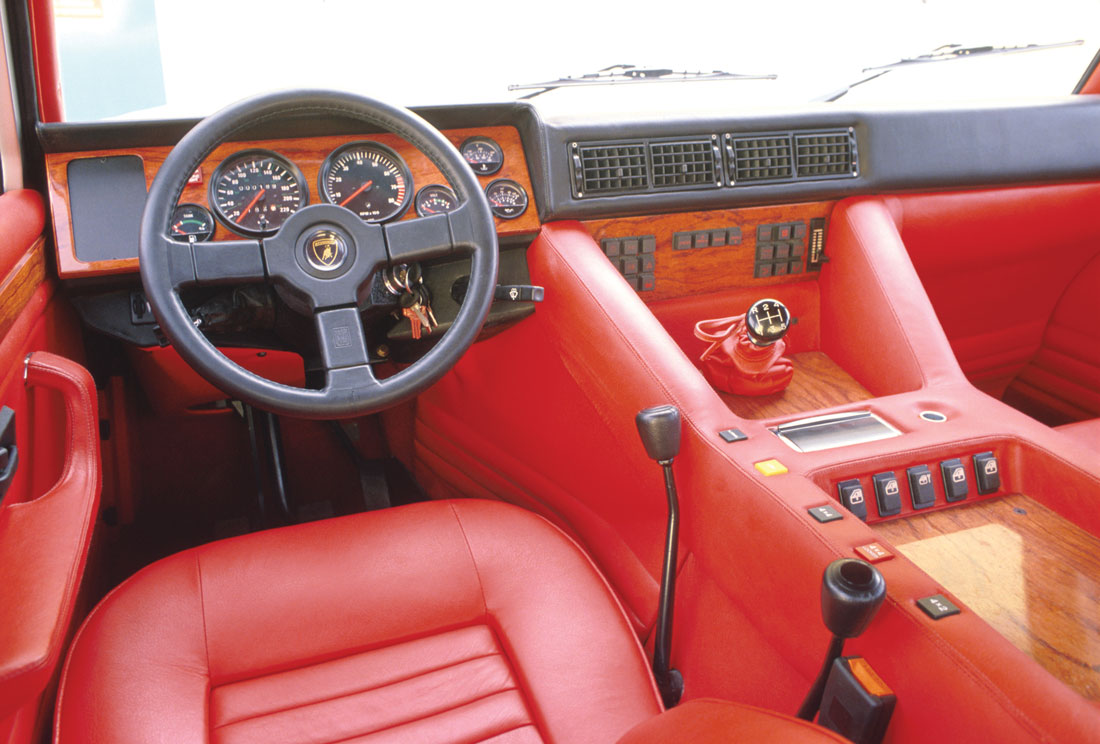 Okay, so it’s not the most commodious thing on the road, but does that really matter when you’ve got a supercar engine under the hood? No, it does not. It’s the same basic 5.2L V12 that’s found in a Countach of the same era, though making slightly less horsepower (450hp) than it does in that wedge-o-riffic machine. As with the Countach, that thumping V12 was paired with a 5-speed manual transmission, plus a serious four-wheel-drive system replete with a transfer case with a great-great-granny gear 4:1 reduction low range. However, if you wanted something even more thumping (and had your own oil field to keep the tank full, as many Middle Eastern LM002 buyers did) under the bonnet, you ordered yours with the company’s 7.2L marine V12. Hubba hubba…

As you might expect, the so-called “Rambo Lambo’s” performance relative to the competition is worthy of the Raging Bull badge. The leap to 60 mph takes just over 7.5 seconds en route to a top speed of 125 mph…on dirt, that is. The V-max on pavement is 130 mph, which is about as fast as we’d feel comfortable going on those LM002-specific 17 inch, 345mm(!) section width Pirelli Scorpion run-flat tires. And try not to get too enthusiastic in the turns, as it does weigh three tons. Fuel consumption? Well, if you absolutely must know, it’s in the neighborhood of 6 mpg. 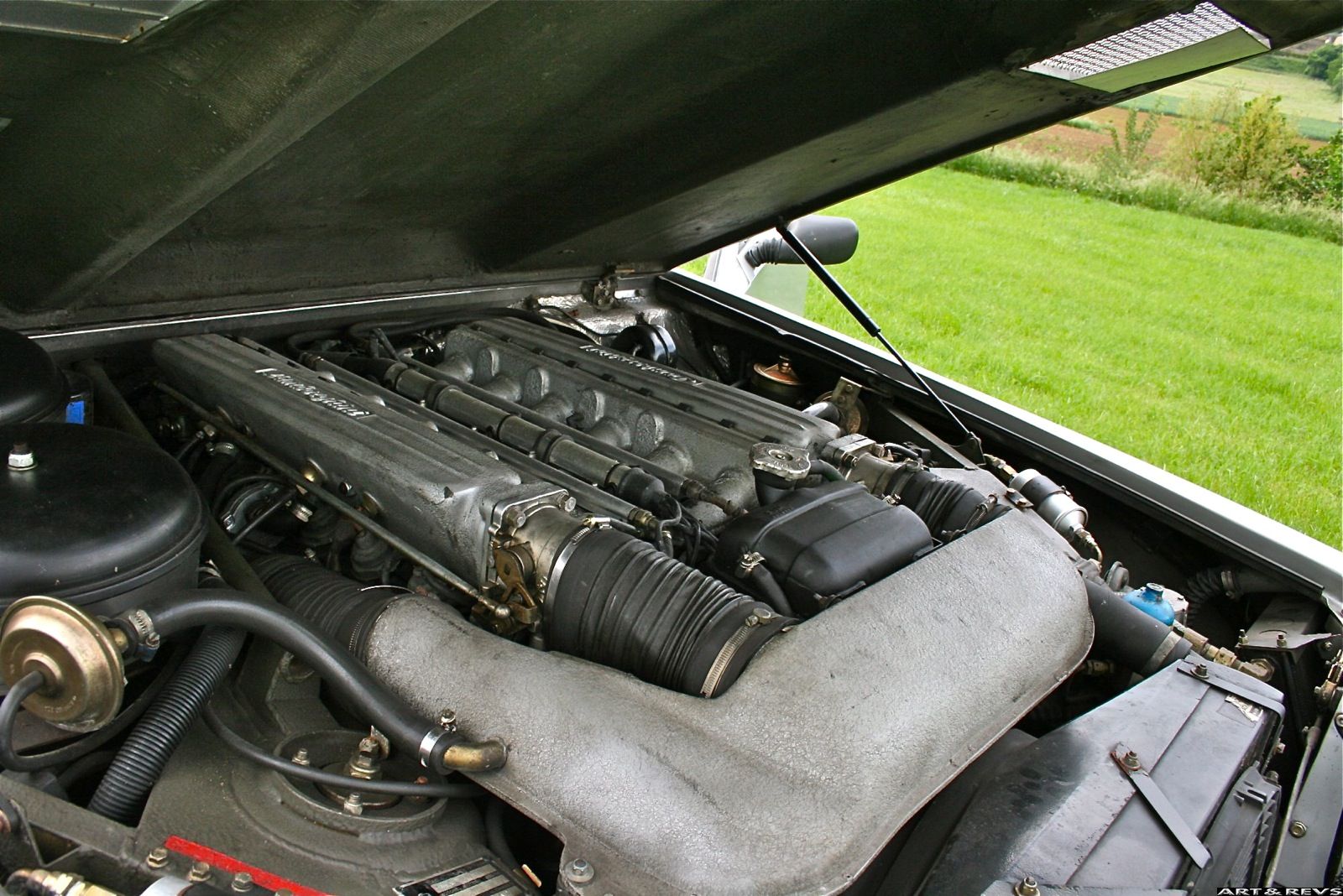 Needless to say, the LM002 wasn’t and isn’t for everybody. How could it be, with only 328 ever made? But when you look at some of the names on the owners’ roster, you start to get an idea of this monster’s ethos. Mike Tyson, Hunter S. Thompson and – rather fittingly – Sylvester Stallone all had one, but so did Muammar Gaddafi and Uday Hussein (the latter’s was unceremoniously blown up by U.S. forces in 2004), so the provenance bag is mixed, to put it mildly.

Yet the LM002 doesn’t have to apologize for the deeds and misdeeds of its higher-profile custodians. And even for the things for which many people feel it should apologize (colossal size, colossal thirst, cramped interior, etc.), the LM002 expresses not one yoctogram of remorse. It is the honey badger of the automotive kingdom, and if it could talk, it would respond to every “Why?” question with, “Because f*ck you, that’s why!” In this present epoch of politically correct this and ecologically sustainable that, it’s downright refreshing to see an object that exists in an offensiveness vacuum, wearing its sheer irrationalness like a badge of honor and bestowing upon the opinions of its critics the same breed of indifference the average trailer park dweller bestows upon the Discovery Channel. And that, together with the incredible engineering and capability contained within its angular corpus, is why we’ve cleared a spot (or three) for it in our fantasy collection.