If you wind the clock back to last weekend, you’ll see that we ran a feature on a 1987 Buick Grand National for sale on Long Island. We explained how the GN came to be one of the most formidable vehicles of the muscle car renaissance of the 1980s, and also mentioned how even it was put in the shade by a rare, one-year-only super Grand National called the GNX. The following is its story; by the time we’re done, you’ll understand why we can’t possibly not add it to our fantasy collection.

By the mid-‘80s, the Buick Grand National (and the various other turbocharged Regal coupes that were essentially identical, save for different wheel styles and a choice of interior and exterior colors) was on many a car nut’s radar. Unfortunately, the rear-wheel-drive G-body platform on which the Regal (as well as other GM models like the Oldsmobile Cutlass Supreme, Chevrolet Monte Carlo and El Camino, and the Pontiac Grand Prix) was set to be replaced by the thoroughly modern, front-drive GM10 platform beginning in 1988. Buick could have adapted the Grand National’s turbocharged 3.8L V6 to mount transversely and power the front wheels, but it also knew such a car would have been atrocious from a driving dynamics standpoint, particularly with the same kind of power levels the intercooled ’86 and ’87 models were making. So the painful decision was made that the 1987 turbo Regals would be the last; however, work began in earnest on making sure they went out with a bang. 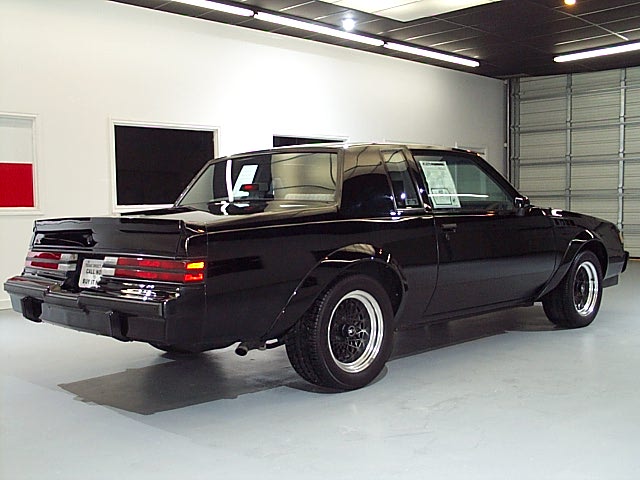 Buick signed ASC and McLaren Performance Technologies (the latter an American offshoot of McLaren Cars) to handle development and production of the car that would become the GNX. Hardtop Grand Nationals (no sunroof or T-top cars) were sent to an ASC facility to be fitted with front and rear fender flares, functional front fender vents that were a more-than-subtle nod to the “ventiports” found on Buicks of yore, GNX badges front and rear, and black, mesh-spoke 16” alloy wheels (Grand Nationals had 15” wheels) constituted the exterior enhancements that made the already mean looking GN look even more sinister. Inside, there was a numbered dashboard plaque and a full complement of Stewart-Warner gauges.

Naturally, there were numerous mechanical upgrades to back up the visual ones. The four-link rear suspension of lesser G-bodies was swapped out for a hella-trick ladder bar and Panhard rod setup to help keep both rear wheels planted when you launch after brakestanding (holding the gas and brake at the same time to spool up the turbo ahead of time) to help maximize traction. The rear brake drums (as well as the front and rear bumpers) were aluminum to save weight, a stamped steel brace was added between the trunk and rear seat backrest, and the 200-4R 4-speed automatic transmission was recalibrated for faster, firmer shifts and treated to a fluid cooler mounted ahead of the radiator. 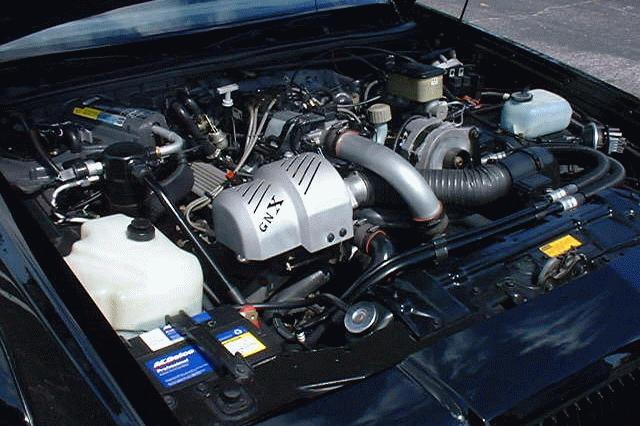 However, all those chassis and drivetrain tweaks would lose most of their significance if they weren’t done to cope with extra power. Thankfully, they were. McLaren fitted a new turbocharger with a ceramic impeller, a heat-resistant coating on the tube between the intercooler and the throttlebody, a larger capacity intercooler, a more robust oxygen sensor, a new exhaust system that would clear the special rear suspension, and a remapped ECU to the 231 cubic inch V6 with a “yestertech” 12-valve pushrod configuration to yield an official 276hp and 360 lb.-ft of torque. We say “official” because those figures were out-and-out B.S. The actual numbers were north of 300hp and in the neighborhood of 400 lb.-ft. Granted, neither set of digits is anything to get excited about in this, the age of near-as-makes-no-difference 300hp minivans, but in 1987, a year when there were still scores of sub-100hp vehicles on the market, those numbers were 31 flavors of loco for any new car, much less one from a brand that, even then, had a reputation for being a favorite of the Greatest Generation.

And as we all know, with great power comes great performance figures. Buick claimed the GNX’s 0-60 time was 5.7 seconds and its quarter-mile e.t. was a hair over 14 seconds. In reality, a GNX will hit 60 mph in roughly 5.3 seconds (The car with which Car and Driver did it in 4.7 seconds was reputedly a prototype/ringer.)  and cover the quarter in 13.3 seconds at 104 mph. For comparison sake, an ’87 Corvette did 0-60 in 5.9 seconds and the quarter-mile in about 14.5 (The tizzies Chevrolet execs threw must have been epic.). Ferrari Testarossa? The same 5.3 dash to 60 as the GNX and a slower 13.6 in the 1320. Even the Lamborghini Countach LP500 QV, arguably the third maddest production car of the day (behind the Ferrari F40 and the not-for-America Porsche 959) would just barely trump the big, black and badass Buick, ringing in at 5.2 seconds 0-60 and 12.9 at the dragstrip. 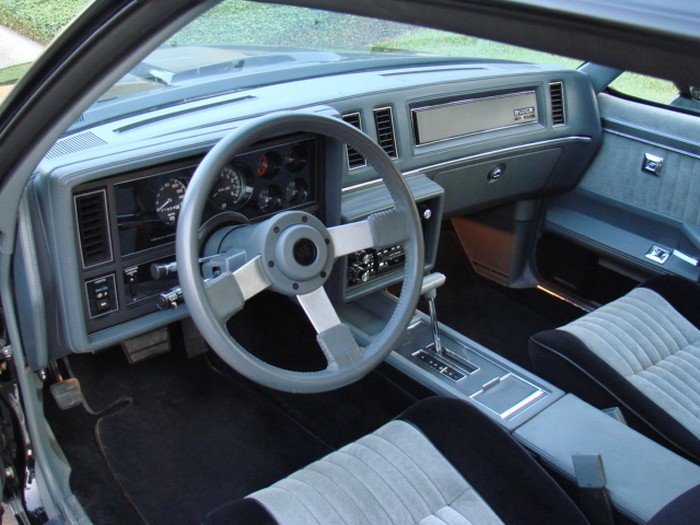 Was the GNX perfect? Hell no! Most of the aforementioned supercars it caned in a straight line would eat its lunch in the turns, the auto trans robbed a heaping dose of driver involvement, it was electronically limited to 124 mph (even though rumor had it that it would top 150 mph when unleashed), fit and finish was no better than any other GM product made between roughly 1973 and 2005 (Read: Employees of many Chinese car companies would point and laugh at various areas of the interior.), production was a mere 547 examples and, it stickered for nearly $11,000 above a Grand National, for a total of $29,900. That’s more than 56,000 circa 2010 gringo pesos. Yikes.

And yet, the GNX is still a flame for gearhead moths around the country and, thanks to the Internet and being featured in recent Gran Turismo and Forza Motorsport games, around the world. It’s a party platter of non sequiturs: A Ferrari killer…with room for five. A muscle car…with a V6. A Buick…that will hand a Corvette of the same vintage its fiberglass ass (and probably a few other body parts) in a heads-up drag race. The sheer incongruence of it all is part of the appeal, along with the face-flattening performance and Satanist-friendly looks. In short, the very spirit of the GNX – and, by extension, why we’re enshrining it in our fantasy collection – is perhaps best summed up by this legendary passage (that has nothing to do with the GNX) from the immortal Hunter S. Thompson:

There he goes…one of God’s own prototypes. A high-powered mutant of some kind never even considered for mass production. Too weird to live, and too rare to die.