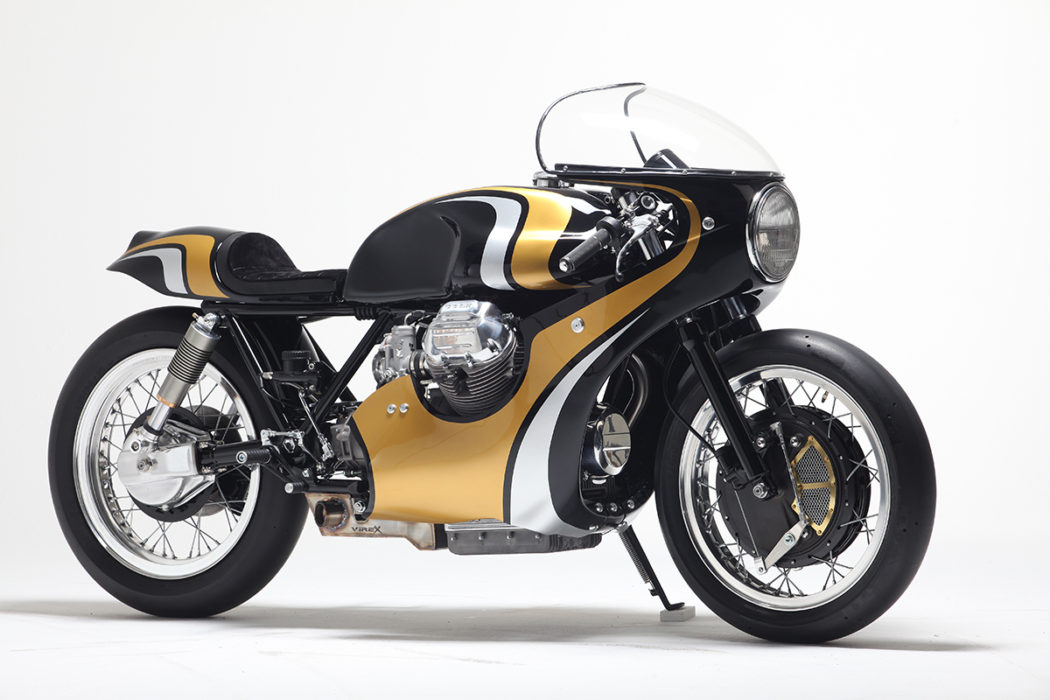 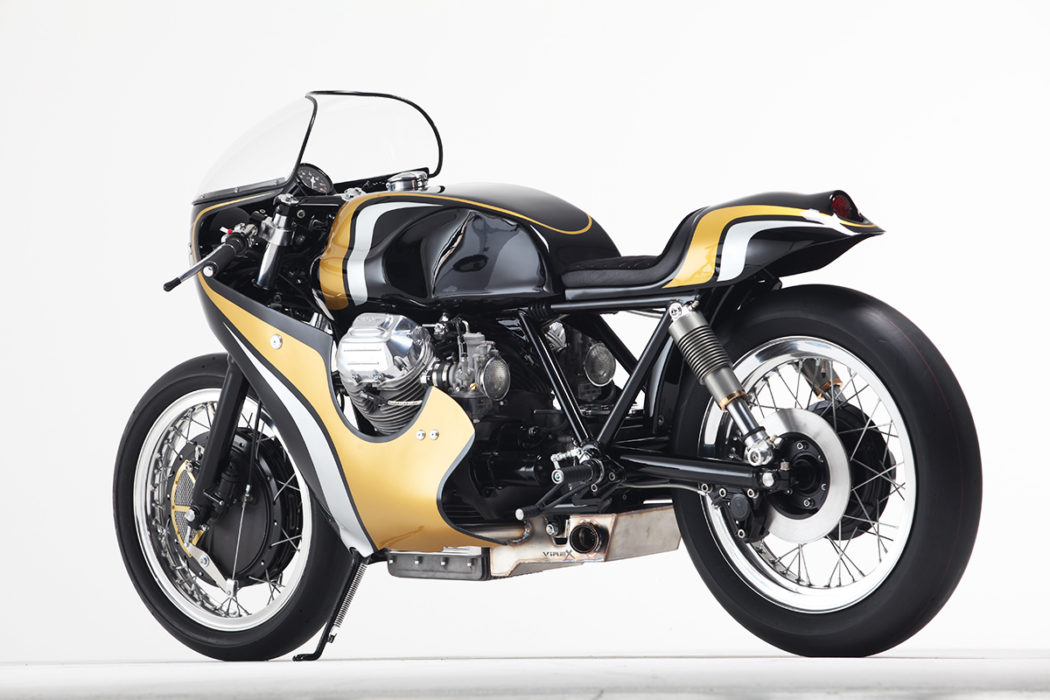 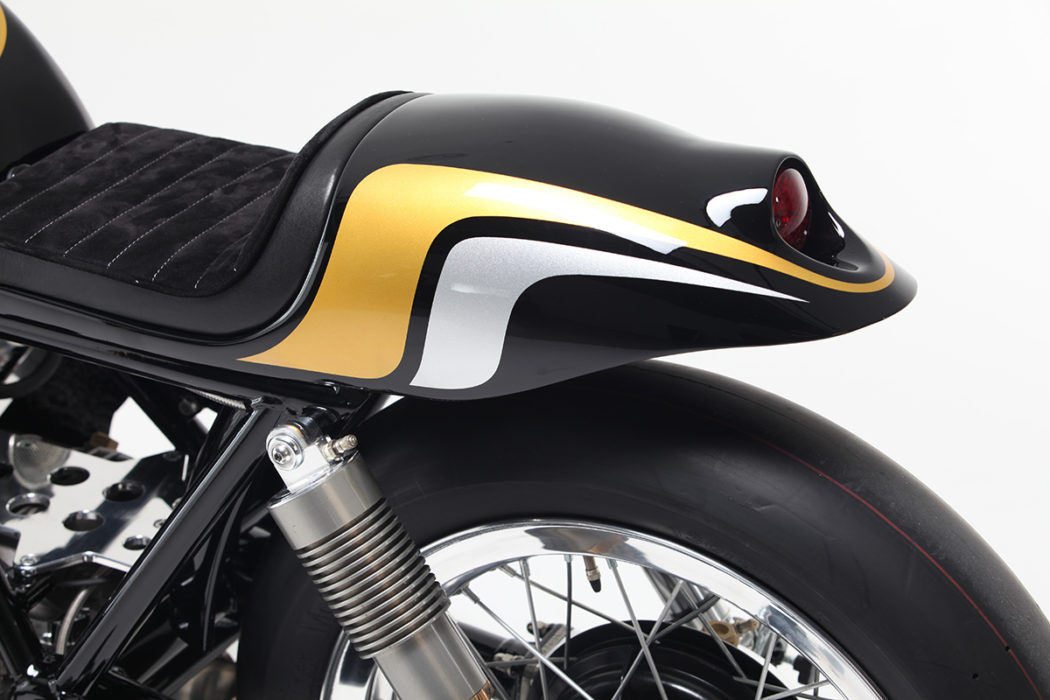 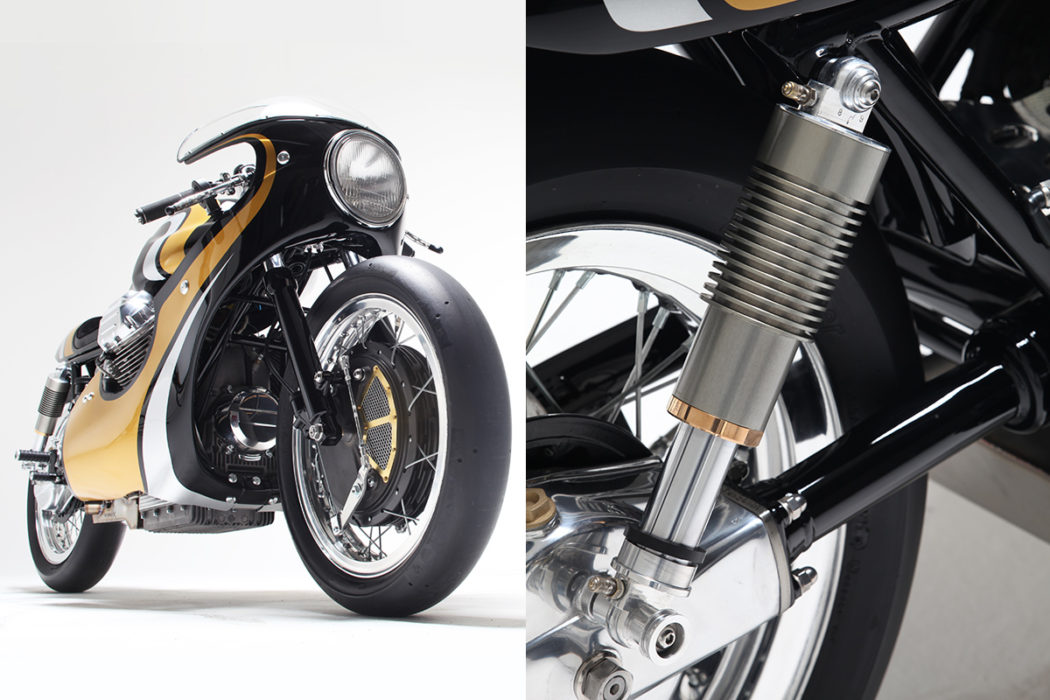 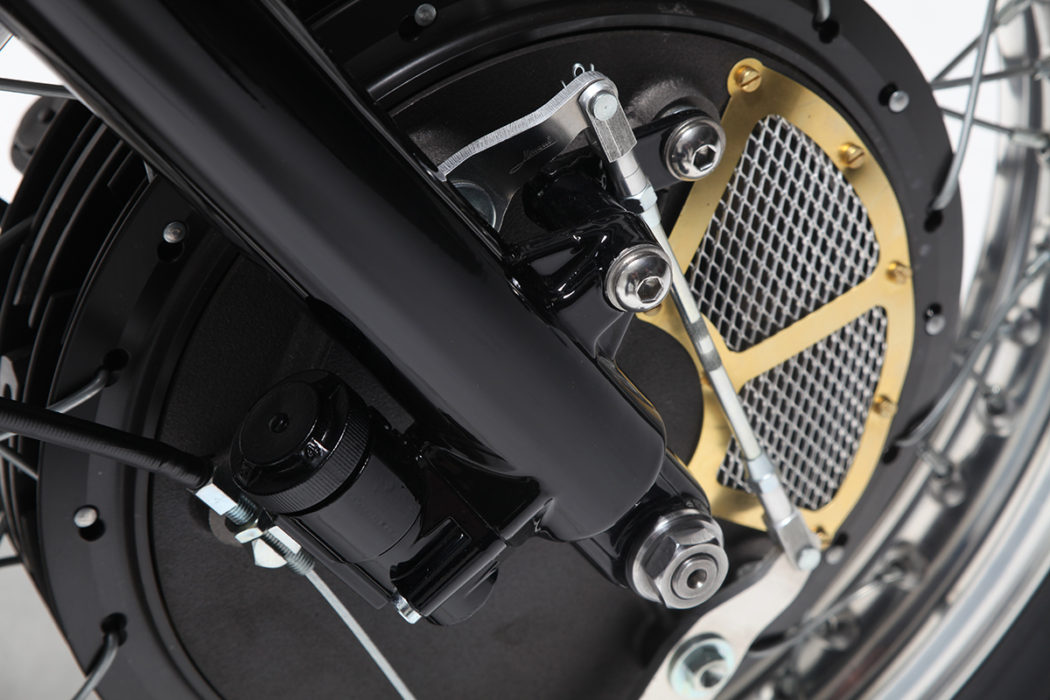 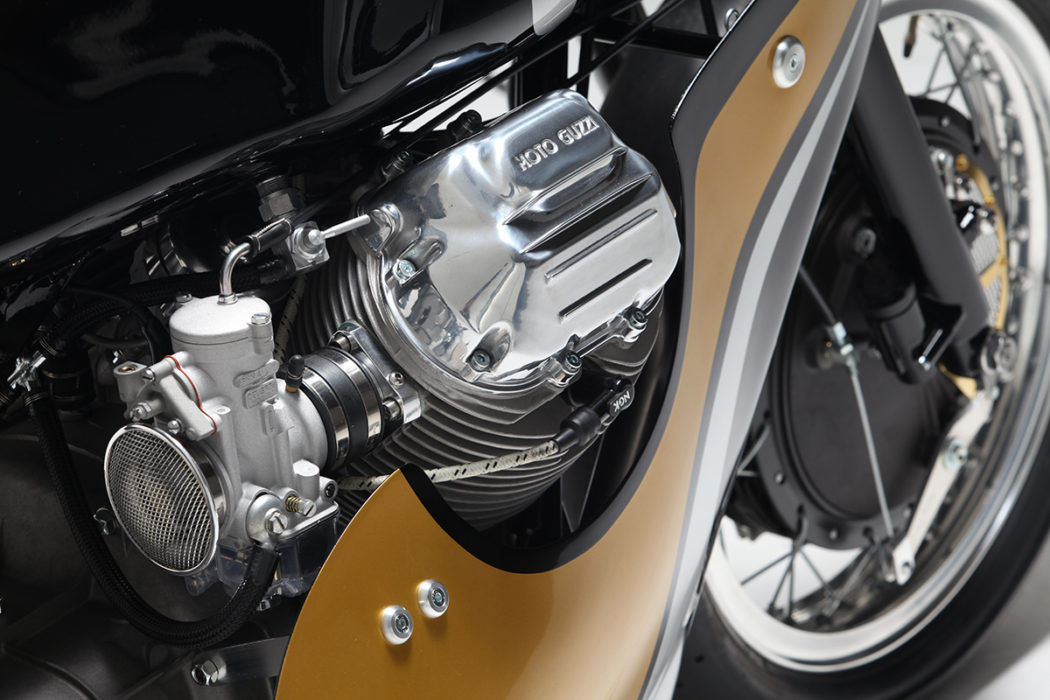 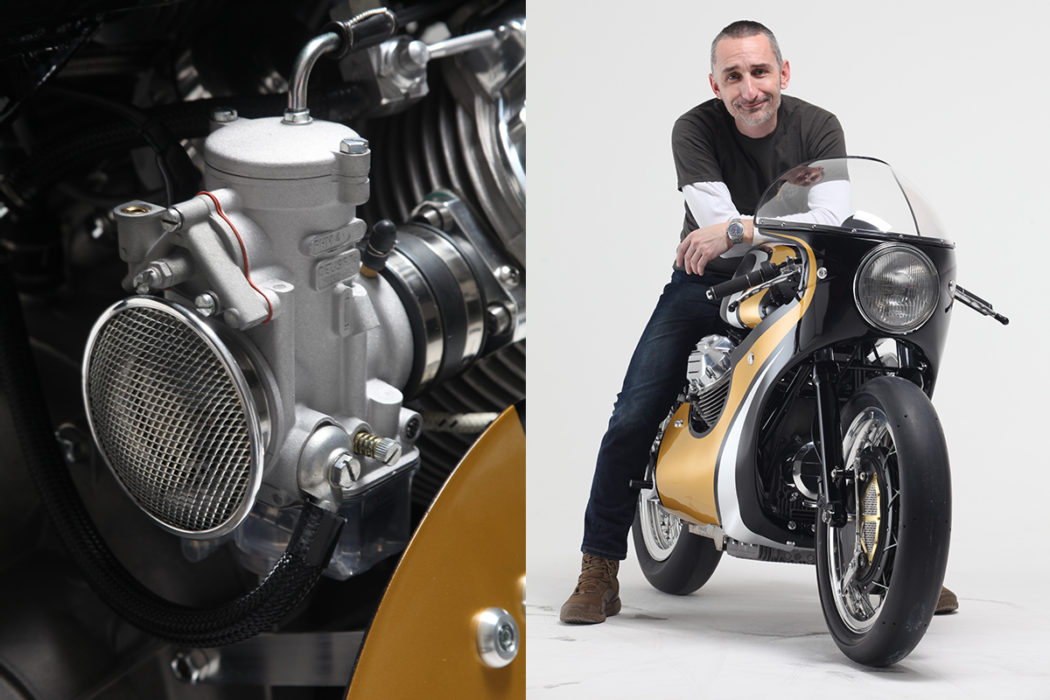 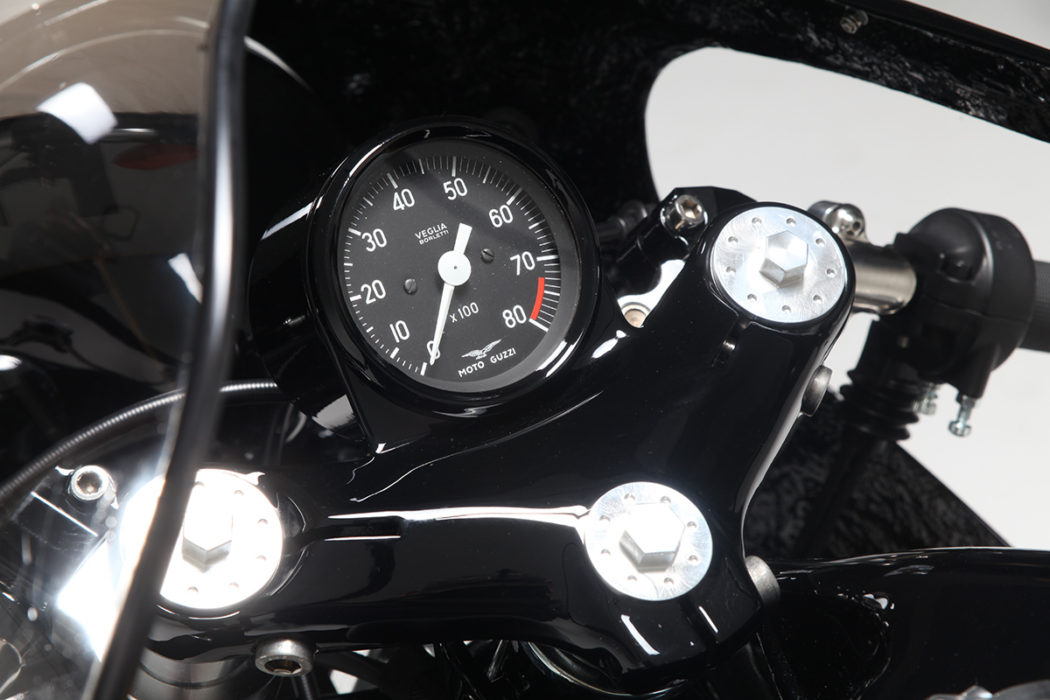 The Honda CB750, which debuted in 1969, was the first motorcycle to be anointed a “superbike.” Additionally, it gave rise to the CR750 racing bike, which famously won the Daytona 200 on debut in 1970 with rider Dick Mann. It was this seminal machine that gave Gianluca Tiepolo and his team at Stile Italiano the inspiration for the groovy retro racer Moto Guzzi you see here.

Dubbed the CR950, this fully-faired beast started life as a Moto Guzzi T3, though very little – if any – stock components remain. The frame has been massaged to fit under the retro cool bodywork (wearing an equally retro cool silver and gold over black paint job), while the bodywork has been notched to accommodate the signature north-south oriented V-twin (which has been enlarged by 100 cubic centimeters to 950). A set of 1980s-vintage anti-dive front forks up front and ultra-rare FOX air shocks in back help suspend the bike, while a Fontana 300 mm front drum brake and hand-made aluminum fuel tank contribute further to the throwback café racer vibe.

Sadly, Stile Italiano has already sold the CR950 to fund future builds, but we’re sure Gianluca and crew would be happy to build you something conceptually similar…for a price, naturally.